Police have clashed with PSG fans on the streets of Paris following their win over RB Leipzig, which booked their spot in the Champions League final.

Videos on social media showed that tear gas was used to disperse the partying supporters, and officers have reportedly also beat back some fans with batons.

Paris has strict measures in place regarding Covid-19 after a recent spate of cases, but thousands took to the streets in celebration after PSG’s 3-0 win. 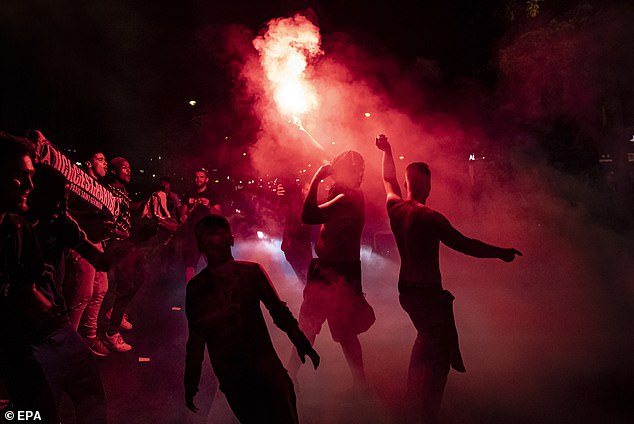 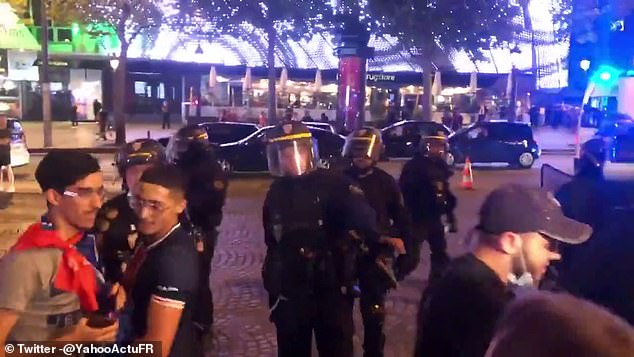 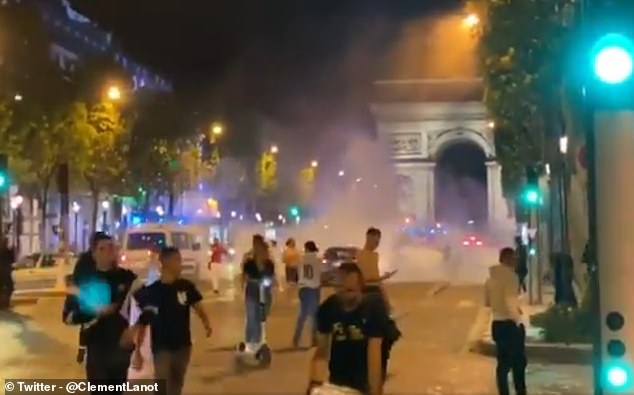 People in Paris must now wear a mask in a lot of public spaces, and anyone coming to Britain from France must self-quarantine for 14 days on arrival.

The famous Champs-Elysees was a hotspot of action, and fireworks were reportedly fired off around the Arc de Triomphe.

Traffic was blocked on a number of streets as supporters set off flares and waved flags. 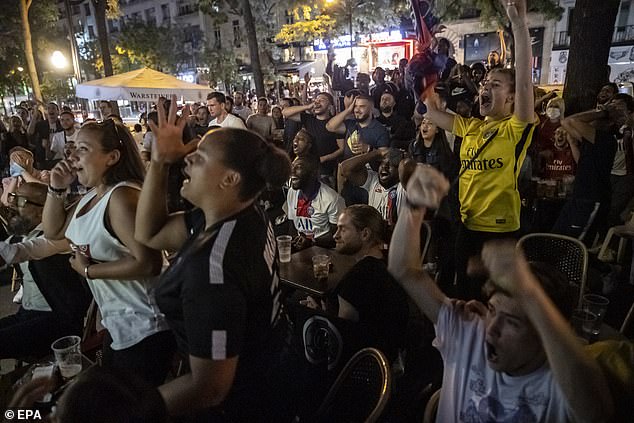 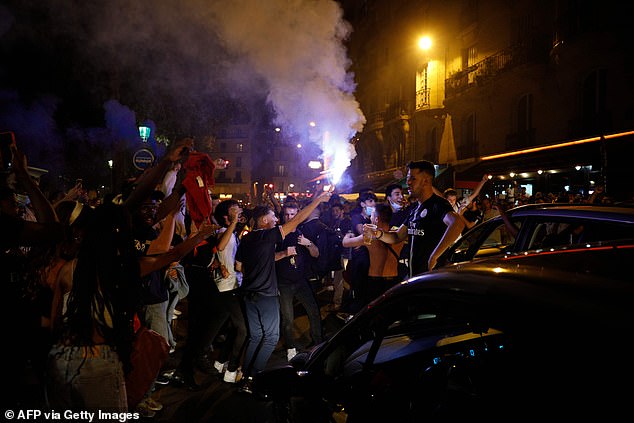 Flares and fireworks were set off, and there are concerns regarding coronavirus transmission

Cars honked their horns in the gridlock, but the fans would not be swayed from celebrating their team’s win.

PSG fans also gathered around the club’s empty stadium Parc des Princes, where more fireworks were let off as they looked to party into the night.

Helmeted riot police were called out to certain areas of the city in an attempt to enforce lockdown rules and break up any violent activity. 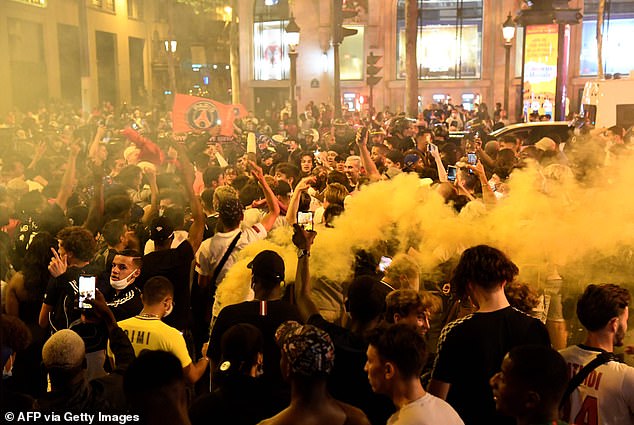 After lockdown, the remainder of the Champions League has been held in Lisbon, with the final set to take place on Sunday. 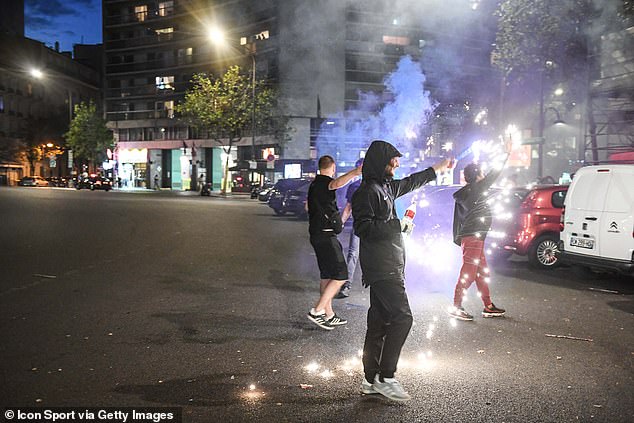 Fans set off flares and fireworks in the streets, but were met by police trying to disperse them

They will play either Lyon or Bayern Munich, whose semi-final match takes place tomorrow evening.

Officials in Paris will be hoping they don’t see a repeat of Tuesday evening’s events on the streets, regardless of the result. 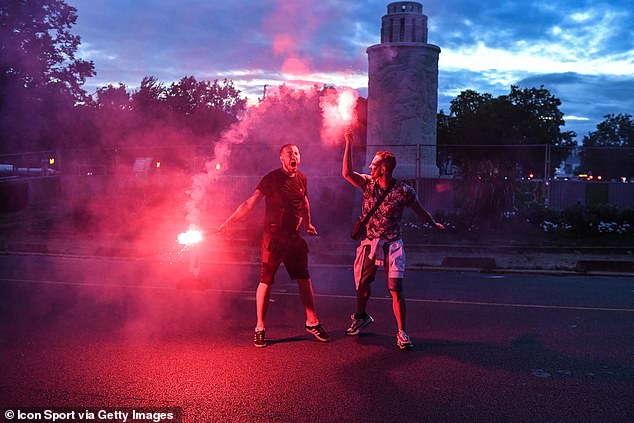