But Rafa Benitez has now put his old club Liverpool firmly in the driving seat for a first top-flight crown in 29 years. 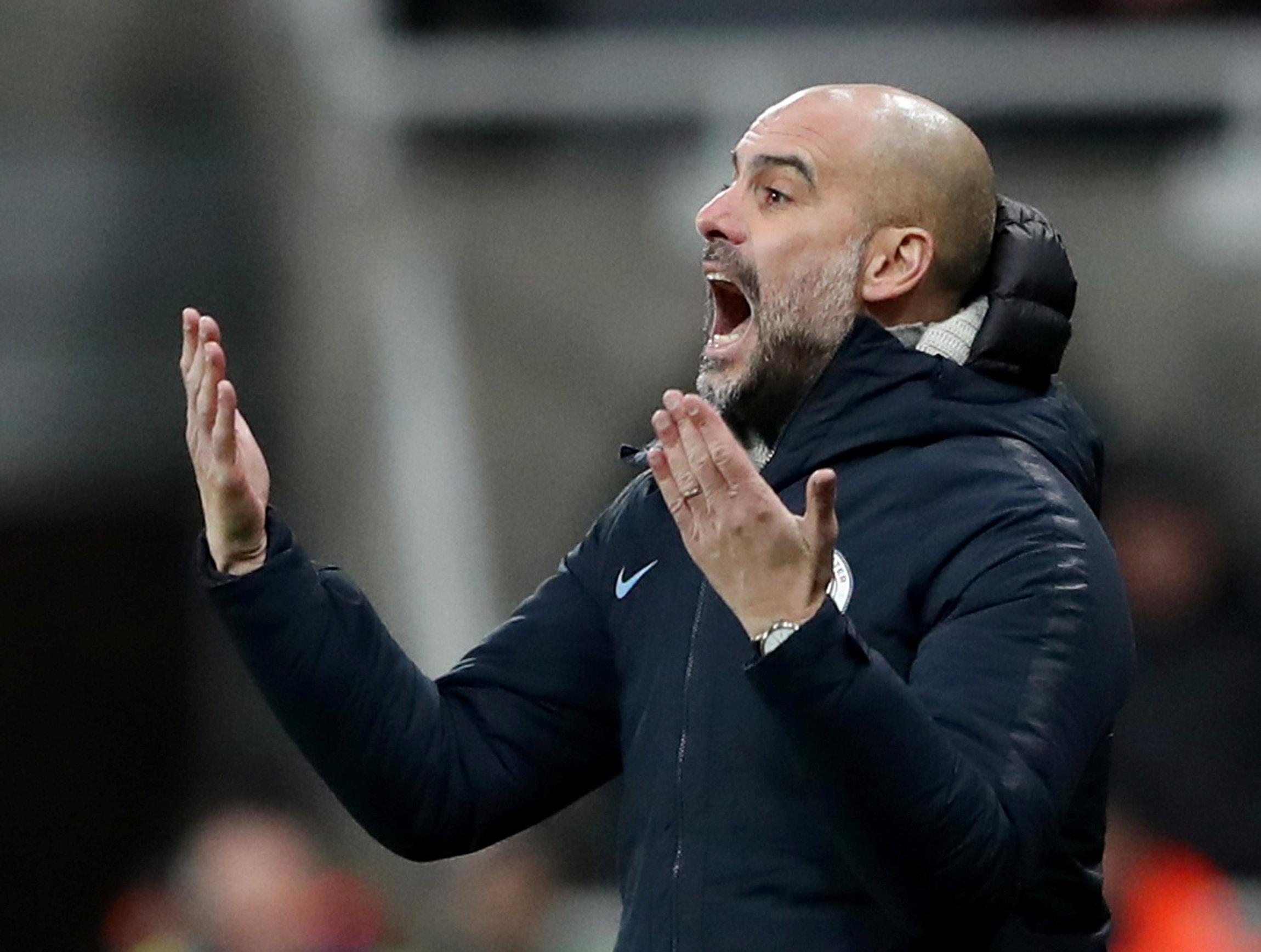 His Newcastle side recovered from conceding the fastest goal this season to shock second-placed Manchester City.

Sergio Aguero’s 24-second strike was cancelled out by Salomon Rondon after the break before Matt Ritchie’s late penalty.

And Liverpool can now go seven points clear at the top tonight if they win their game in hand at home to Leicester.

Guardiola said: “It is a lot of points if we are going to win. But, at the same time, it is January not April or May. 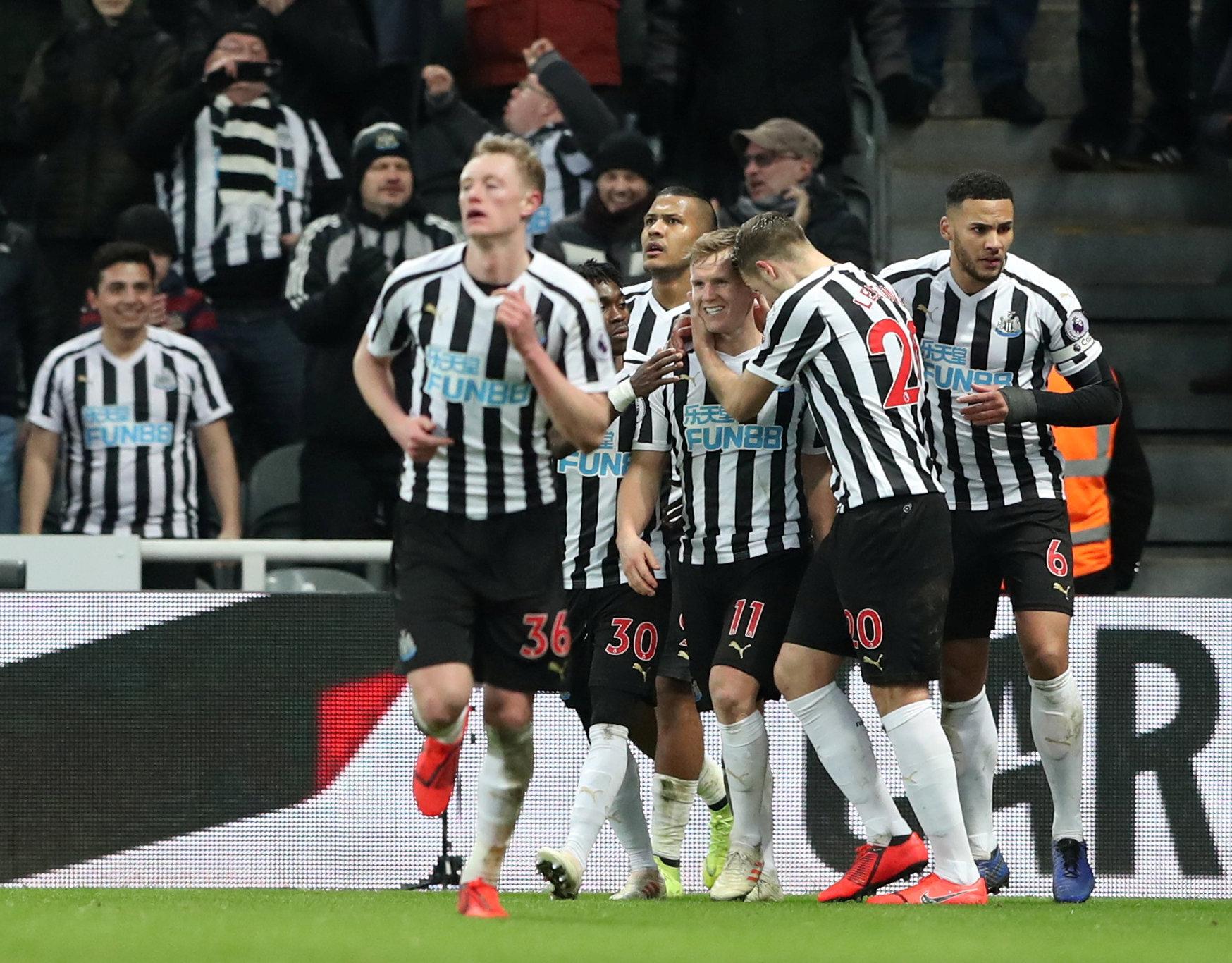 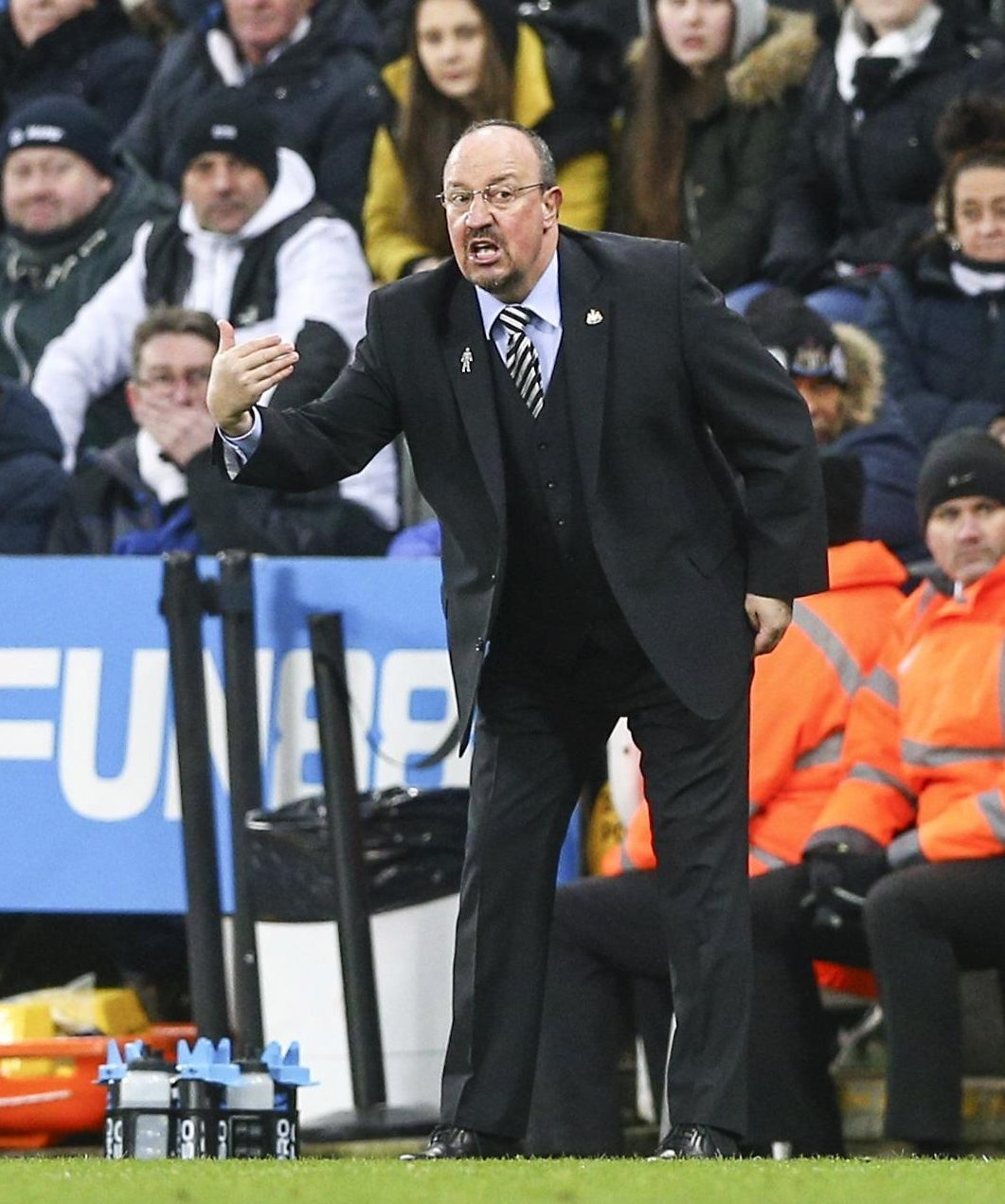 “We have many games and anything can happen.

“We will try and not give up.”

And Guardiola backed his players, insisting they did not underestimate struggling Newcastle.

He added: “I love these players. They gave me all the prestige I have here in England, so we are only here to help them.

“We won eight games in a row and scored 30 goals. We conceded one or two and that sometimes happens.” 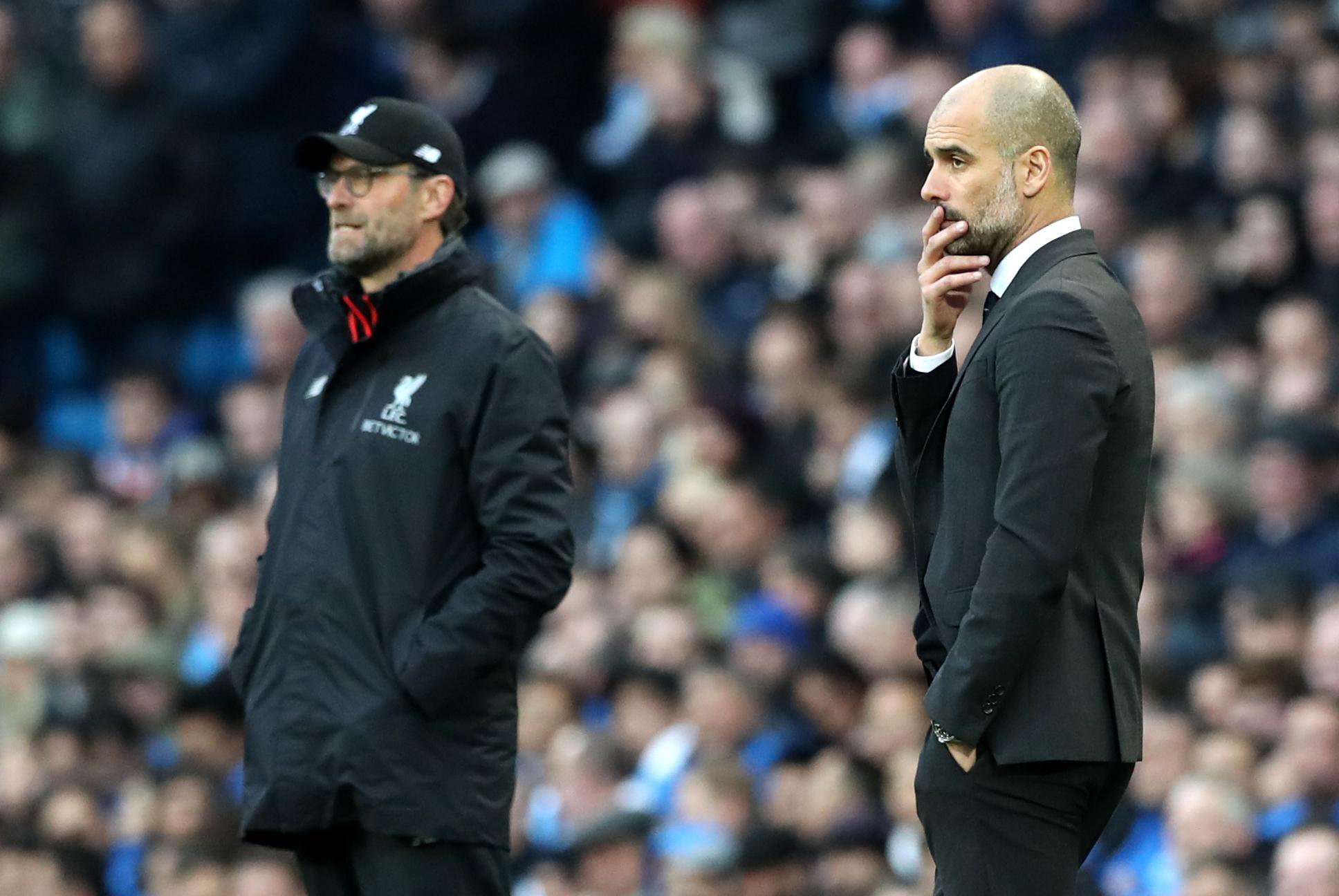 Benitez never won the title with Liverpool but did them a massive favour last night. He said: “If it is good for them, fine.

“But I don’t want to disrespect Manchester City fans or their club.

“It was a great effort from everyone to win against a team as good as Manchester City… they have everything.

“Everyone was fighting for each other. You have to be very proud.”

Hero Ritchie said: “The place was low but the players kept believing.

“We have belief in the group we can have a good season. We beat United at home last season and it was the turning point.

“Hopefully this can be the same this year.” 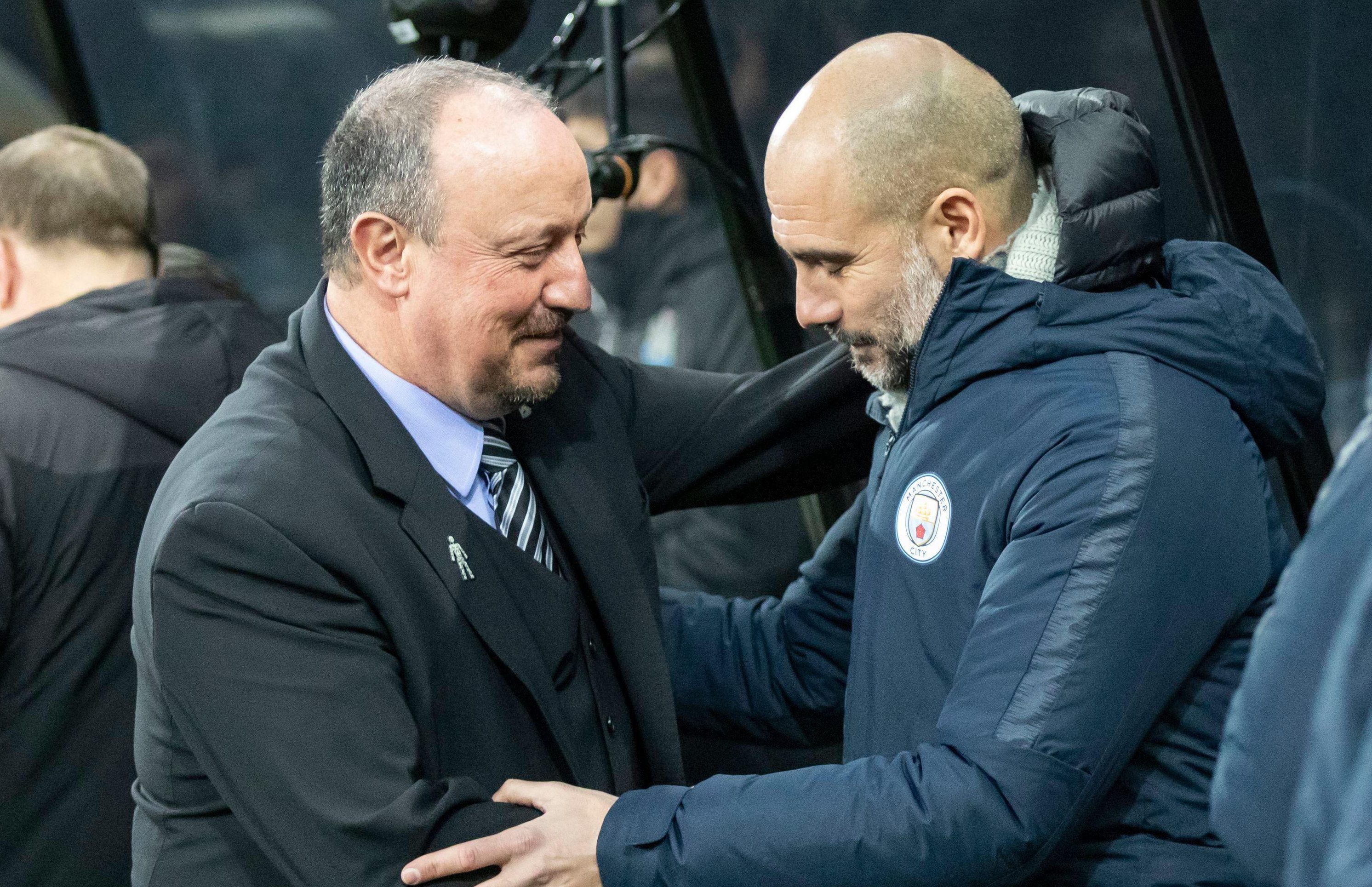 Aguero’s strike had made it 30 goals without reply for City since they took the lead in their 2-1 win over title rivals Liverpool on January 3.

But any thought Reds boss Jurgen Klopp is enjoying inching the Merseyside club to their first title in almost 30 years were quickly dispelled.

Klopp said: “It’s not the biggest stress in the world. But it’s so intense and so important and all in a short time.

“Football is not the most important thing in the world. But at these moments it feels like that.

Newcastle are looking at a club-record deal for Paraguayan playmaker Miguel Almiron, 24, from MLS side Atlanta for £20.7m.

Boss Benitez said: “The price doesn’t matter — it’s important that we sign what we need.”