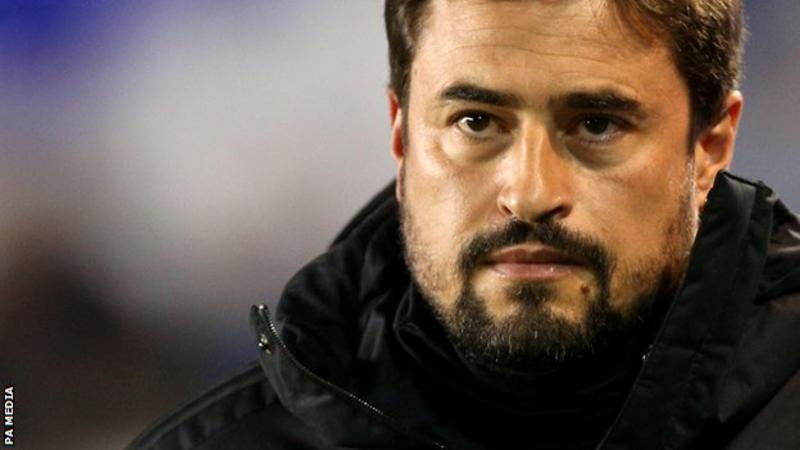 Pep Clotet will leave his position as Birmingham City head coach at the end of the season.

The Spaniard, 43, has been allowed to leave the Championship club to “explore other coaching opportunities”.

Clotet had been assisting previous boss Garry Monk before succeeding him as head coach, initially on an interim basis, in June 2019.

Blues are 16th in the Championship table, with the season expected to resume on 20 June.

Clotet said: “It’s been a really difficult decision to take because it’s a privilege to be part of the Blues family, but it’s the best step for everyone and it allows the club to continue to move forward with their vision and strategy.”

“In the meantime, Pep continues to have our full backing and we are all determined to do everything we can to finish the season strongly and give him the fitting send-off he deserves.”

Blues are eight points clear of the relegation zone with nine matches still to play.

They have spent part of the 2019-20 season under an English Football League investigation on a financial misconduct charge, but that was dismissed in March, subject to an EFL appeal against the independent disciplinary commission’s decision.

Blues were deducted nine points in the 2018-19 season for breaching the EFL’s profitability and sustainability rules. And, like his predecessor Monk, Clotet has had to perform his job under the same backdrop of concern over what might happen.

Clotet’s exit later this summer will leave Birmingham looking for a sixth manager in just three and a half years.

The assistant who became the boss

Clotet worked with Monk for the first time as his assistant at Swansea and also joined him at Leeds.

When Monk moved to Middlesbrough in 2017, this time it was without Clotet, who had his first spell as being the main man in charge with a spell as Oxford manager.

Clotet was sacked after seven months at the Kassam Stadium and the pair were reunited again at St Andrew’s in March 2018.

But, when Monk was sacked by Blues last summer, this time the pair parted on bad terms.

Before Monk’s new club Sheffield Wednesday played Blues in November, Monk said he had made an “error of judgement” in working with Clotet.

After six months as an interim appointment, Clotet’s role with Blues was rubber-stamped on a more permanent basis in December, and the pair shook hands before a February meeting between the two clubs at St Andrew’s in February.