ROBIN FRIJNS survived the chaos in Paris to became the EIGHTH different winner from eight races this season.

Frijns now leads the drivers' standings after coming from third on the grid to become the first Dutchman to win an FE race. 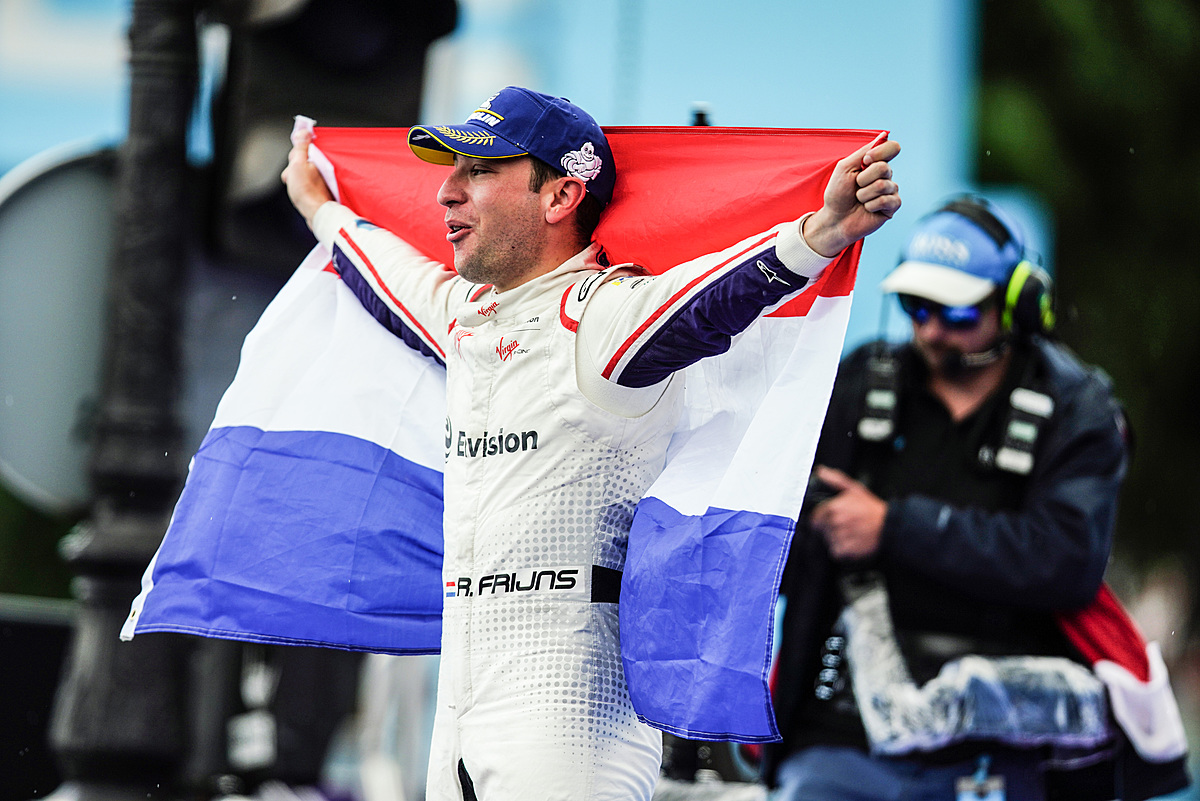 Formula E experienced its first ever wet race as carnage took place in the streets of the French capital.

Frijns said: "That was hardest race of my life, wow.

"It was the toughest race of my career, the last thing you want when you're leading a race is rain.

"It had been very slippery in FP1, everyone went off, I crashed as well, it was very tricky conditions, it was all about surviving."

Andre Lotterer finished comfortably behind Frijns to make it two second-placed finishes in a row after the Rome ePrix.

Nissan threw away a one-two lead in dramatic fashion with pole-sitter Oliver Rowland crashing out of the lead after just two minutes.

Buemi then swiftly lost the lead too after suffering from a puncture, allowing Frijns to win the race.

Before overtaking for the lead, Frijns bumped into Buemi but his damaged wing managed to hang on to his car for the entirety of the race. 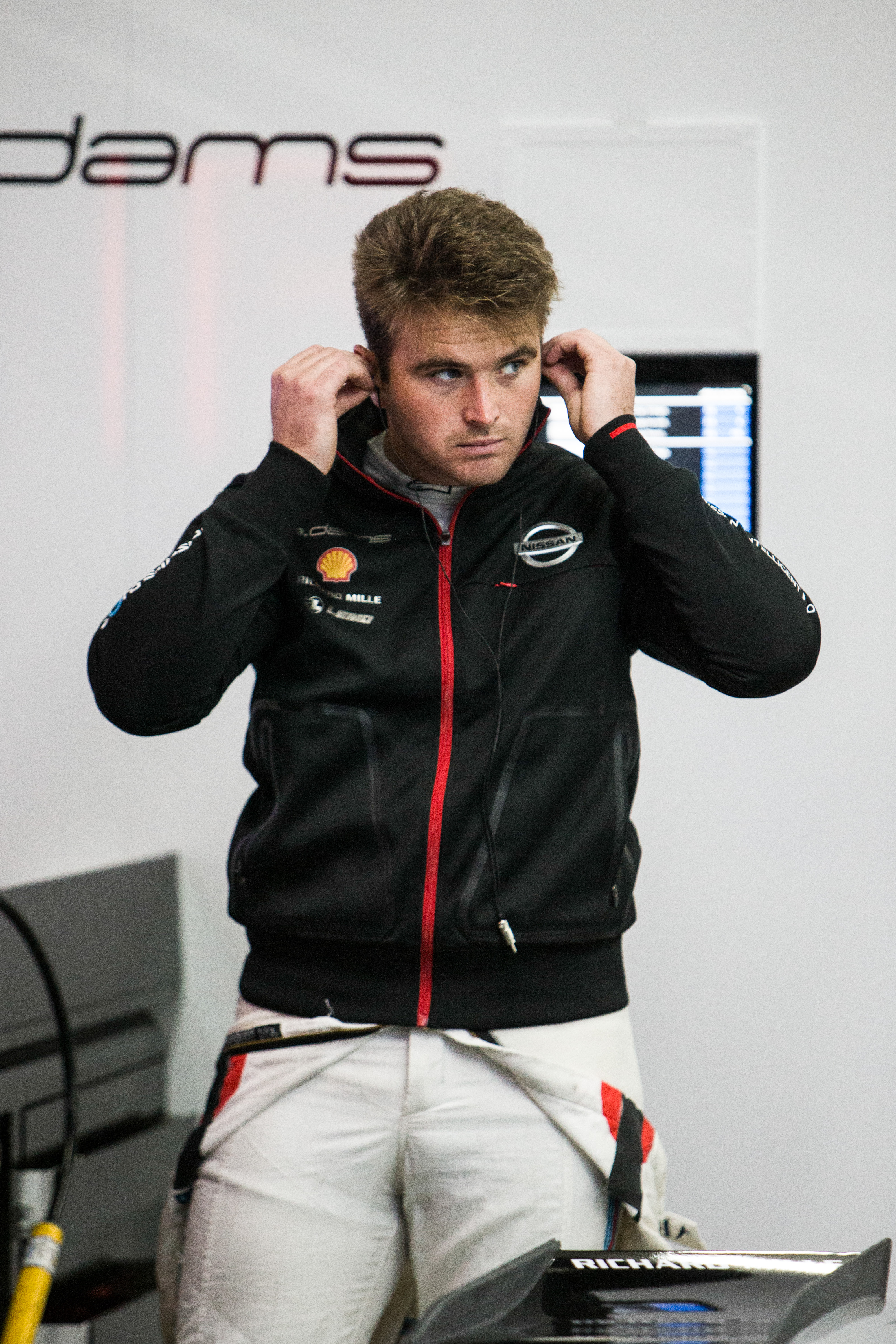 The rain caused mayhem as four cars collided in the same corner.

Sam Bird was hit into the barrier by Jerome D'Ambrosio before Rowland fellow Brit Alex Sims into the same corner and the latter was forced to retire.

Lynn also flew into the wall after an incredibly ambitious move from Edoardo Mortara smashed the Brit into the barriers.

Frijns leads Lotterer in the drivers' standings by just one point ahead of the next race in Monaco.

This race is crazy! @AlexanderSims suffers heartbreak again after a race-ending incident involving a number of cars #ABBFormulaE #ParisEPrix pic.twitter.com/2e323jYoge