Pakistan were denied the opportunity of some final match practice ahead of next month’s three-Test series against England after the final day of their intra-squad warm-up match in Derby was abandoned without a ball being bowled.

Most significantly, Pakistan’s frontline batsmen missed the chance for one final hit out after failing on the first day at the Incora County Ground.

Team Green, which featured 10 of the 11 players who appeared in their most recent Test, were skittled for just 113 on the opening day and were unable to progress beyond 133-3 in their second innings due to the weather.

Persistent rain in the morning prevented any play before lunch and more showers forced the umpires to call the game off at 2.45pm.

Team selection for the second and final warm-up match of the tour perhaps provided an insight into the Pakistan management’s intentions ahead of the first Test at Emirates Old Trafford from August 5.

The Team Green XI was missing only Haris Sohail, who opted not to tour due to concerns over travelling during the coronavirus pandemic, from the team that defeated Bangladesh by an innings at Rawalpindi in February.

But the poor weather and a tough opening morning for the Pakistan batsmen may have opened the door for those looking to force their way in.

Opener Abid Ali failed in both innings and although Shan Masood scored 49 for Team Green on Sunday, he was dropped twice – Masood was, however, a centurion in that most recent Test win over Bangladesh. Ali was arguably the least secure of the incumbent openers after he also missed out on time in the middle during the first warm-up match after being struck on the helmet while fielding close to the bat.

But even his possible replacement, Imam-ul-Haq, missed time in this match after suffering a hand injury before returning on Sunday to finished unbeaten on 41.

Captain Azhar Ali and Mohammad Rizwan made centuries in the opening match while Asad Shafiq showed his class with back-to-back half-centuries. 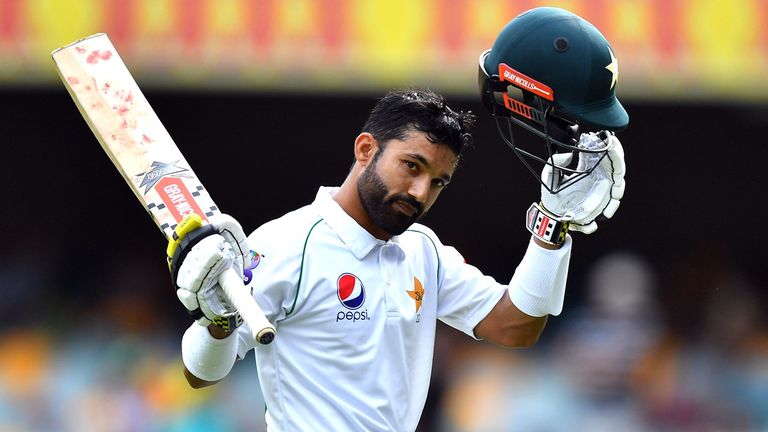 Babar Azam also reached fifty in the opening match to ensure the engine room in Pakistan’s batting line-up has at least enjoyed a good chunk of time in the middle despite their frustrations in this match.

The pace attack which is expected to play at Manchester looked in good shape with former Leicestershire bowler Mohammad Abbas impressing along with left-armer Shaheen Afridi and 17-year-old Naseem Shah.

Naseem and Afridi shared seven wickets to bowl out Team White while Sohail Khan pressed his claims with a five-wicket haul on the first day.