OLLIE ROBINSON has been handed his first England central contract – just four months after fearing his international career was over.

Fast bowler Robinson is one of 20 players to be rewarded with a deal under England’s new contract system. 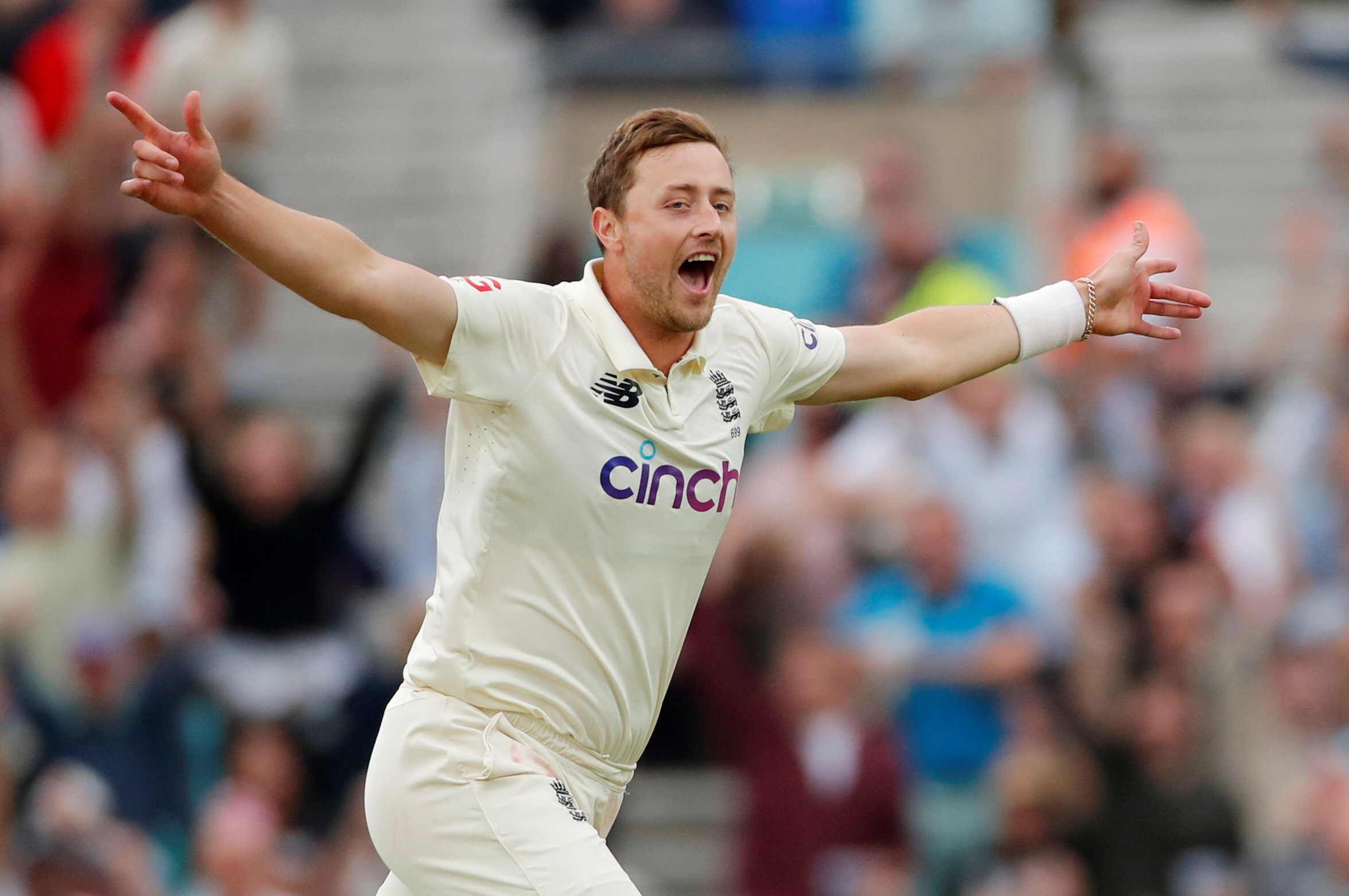 Robinson took 28 wickets in his first five Test matches this summer at an impressive average of just 19.60.

He will be a key player in this winter’s Ashes series, operating alongside the likes of Jimmy Anderson and Stuart Broad and especially in the absence of Jofra Archer and Ben Stokes.

Back in June, during the first day of his Test debut, Robinson, 27, was found to have sent offensive and racist tweets many years earlier when a teenager.

Some senior figures at the ECB wanted to throw the book at him but, in the end, he missed just one Test match and he was fined.

The way he apparently shook off the controversy and was able to focus on his cricket impressed many in the England dressing-room.

He bowled with accuracy, penetration and stamina.

But, while Robinson’s reputation is growing, opening batsman Dom Sibley missed out on a contract altogether.

For a year after his Test debut in 2019, Sibley looked like becoming an England regular but he was dropped midway through this summer’s series against India following a run of low scores and criticism of his quirky technique.

Another opener, Haseeb Hameed, who returned to the England side after almost five years, is also not given a contract.

It shows the lack of established players at the top of England’s order – a worrying problem with Aussie speedsters such as Pat Cummins, Mitchell Starc and Josh Hazlewood lying in wait.

The 20 players will be ranked on achievement and seniority with a minimum annual salary of £220,000.

But multi-format players such as Joe Root, Jos Buttler and Stokes will rake in around £850,000 and that could increase to as much as £1million-a-year if England are successful.

Moeen Ali, who retired from Test cricket last month, has been given a deal, which recognises his continued value as a white-ball player.

Lancashire’s big-hitting Liam Livingstone – an Ashes contender despite not having played Test cricket – is one of four to receive increment contracts, alongside spinner Dom Bess and quick bowlers Chris Jordan and Tom Curran.

England team supremo Ashley Giles, who selected the players along with head coach Chris Silverwood, said: “I believe this new system is the fairest and most transparent way of rewarding players across all formats.

“We have worked well to get to this stage and the refinements made will take into account the amount of cricket we will be playing across formats over the next period of the ICC Future Tours Programme.

“Since their inception in 2002, central contracts have facilitated improved preparation, performance and professionalism of the England team and has ensured that players are well rewarded for representing their country at the elite level.

Receiving your first central contract is a great moment in any player’s career and they will all play a pivotal role in England’s fortunes over the next 12 months.”