NOVAK DJOKOVIC produced his most spectacular Slam final fightback, crushing the spirit of Stefanos Tsitsipas in the French Open finale to win Slam No.19..

For the first time in his stellar career, Djokovic came from two sets down in a major final to lift silverware, grinding down the physically wounded Greek 6-7 2-6 6-3 6-2 6-4 over four hours in front of a raucous Court Philippe Chatrier. 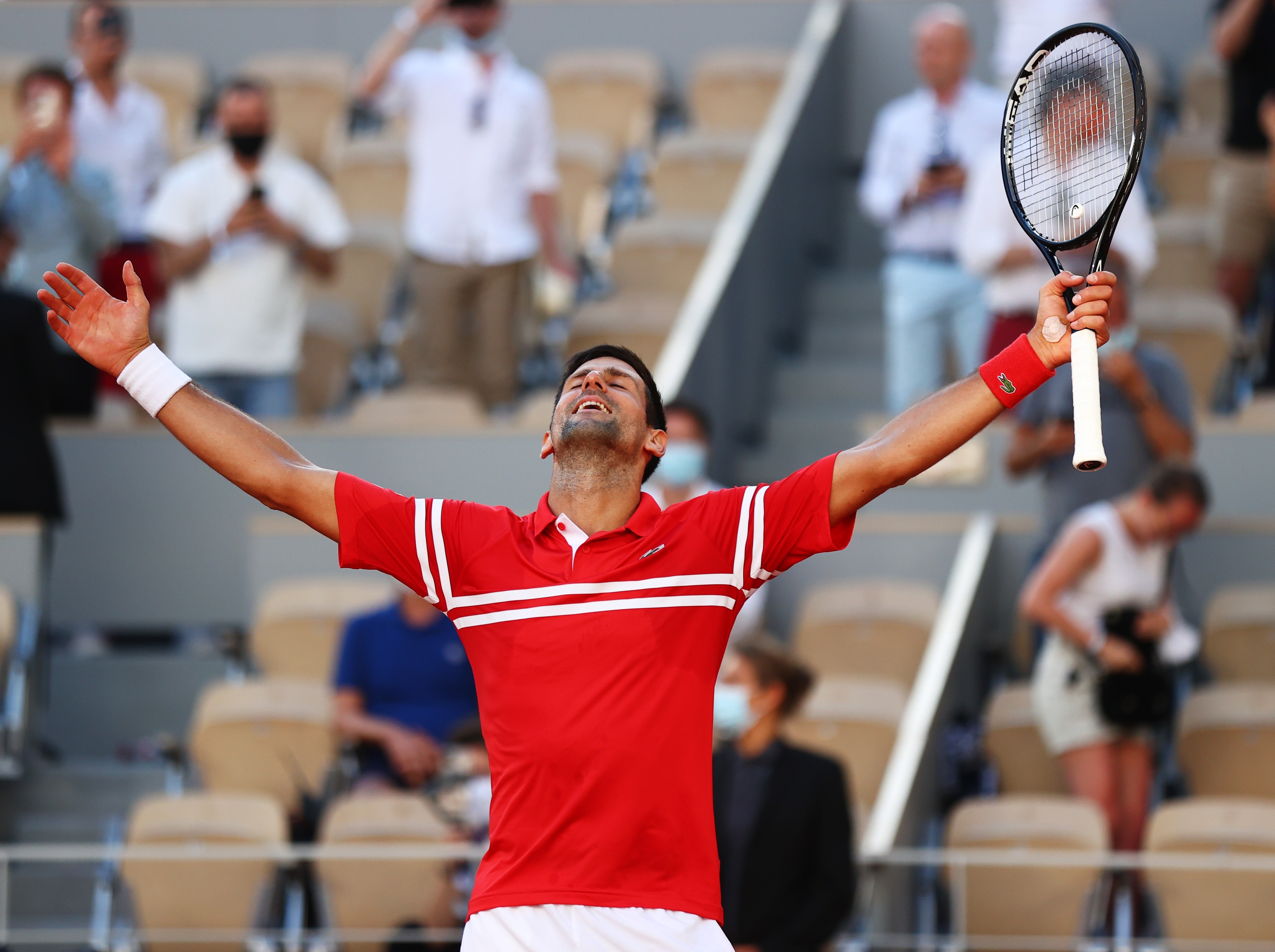 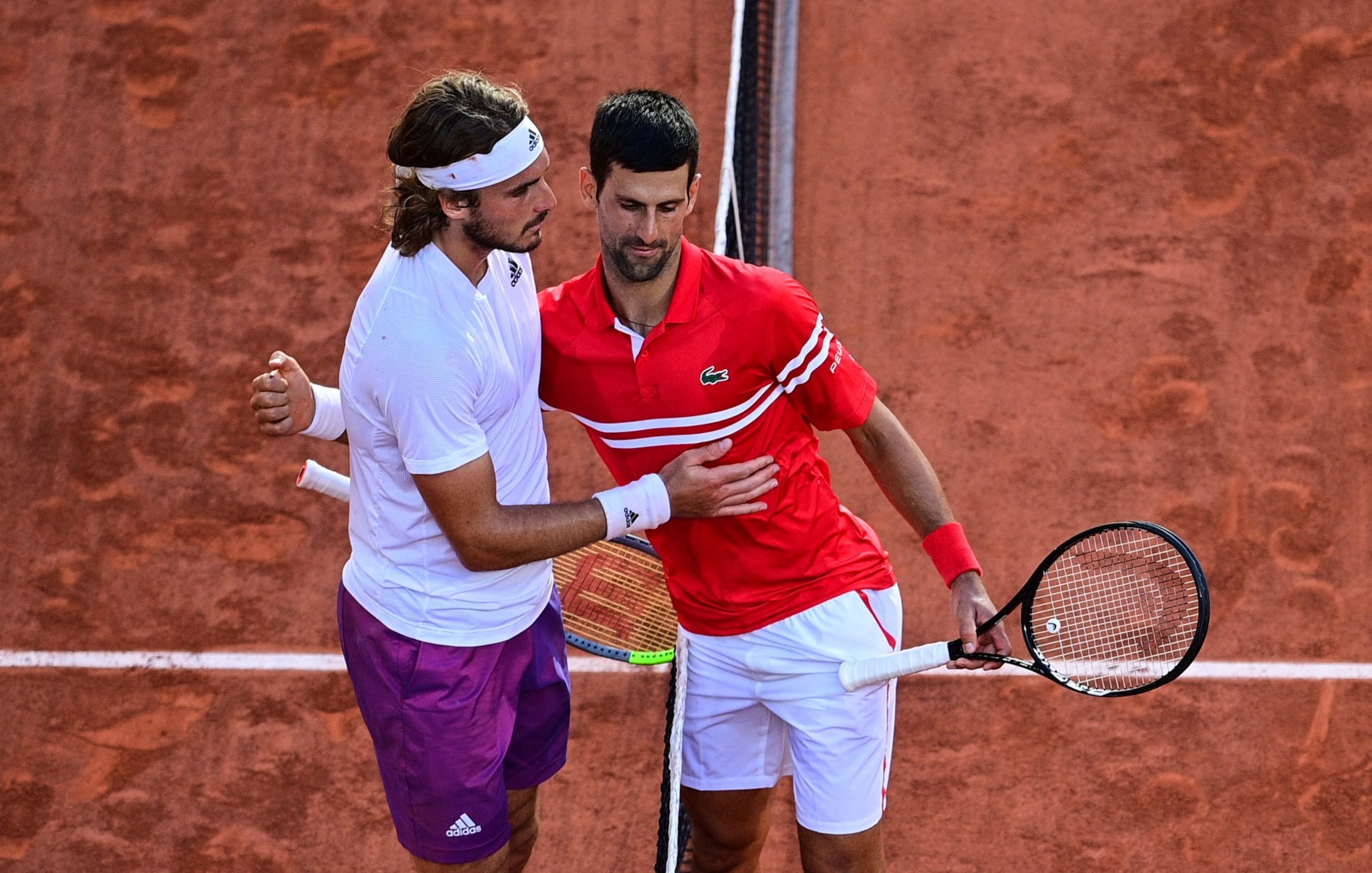 Showing his enduring class, resilience and sheer bloody-mindedness, the Serbian remains the preeminent player of men’s tennis during the global pandemic, holding three of the four Slams at present.

He joins Rod Laver and Roy Emerson as one of only three men to win each of the four Grand Slam tournaments on two or more occasions.

Ominously, it means he will head in buoyant mood to Wimbledon in two weeks knowing that if he defends his title there he will finally draw level with Roger Federer and Rafa Nadal on 20 majors.

It was the first time since 2004, the pre-Nadal days, that the men's final had gone the distance and back then Argentine Gastón Gaudio also came from two sets down to overcome compatriot Guillermo Coria.

Yet things could have so easily been different, history could have been rewritten, as the players battled in the early exchanges with the glare of the June sun in their eyes.

Djokovic looked down and out when he fell two sets behind to the Athens ace, who was aiming to become the youngest Slam singles champion since Argentina’s Juan Martin del Potro won the 2009 US Open title aged 20.

The 34-year-old was still recovering from that titanic four-hour, four-set battle with Rafa Nadal on Friday night and soon found himself on the ropes.

At 2-0 sets down, Tsitsipas was in full control and fully in the zone, his white shirt caked in red clay after so many shot-making dives. 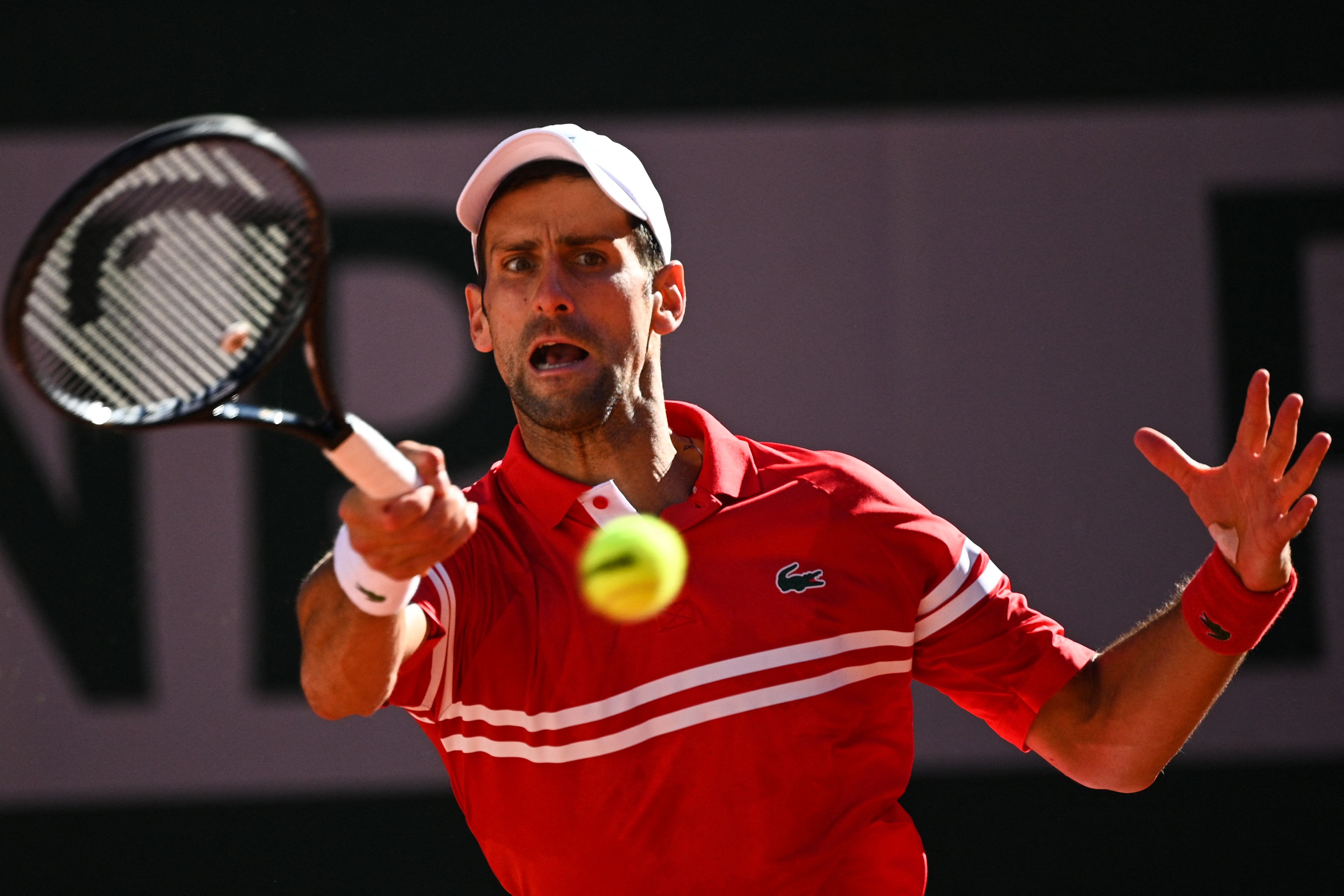 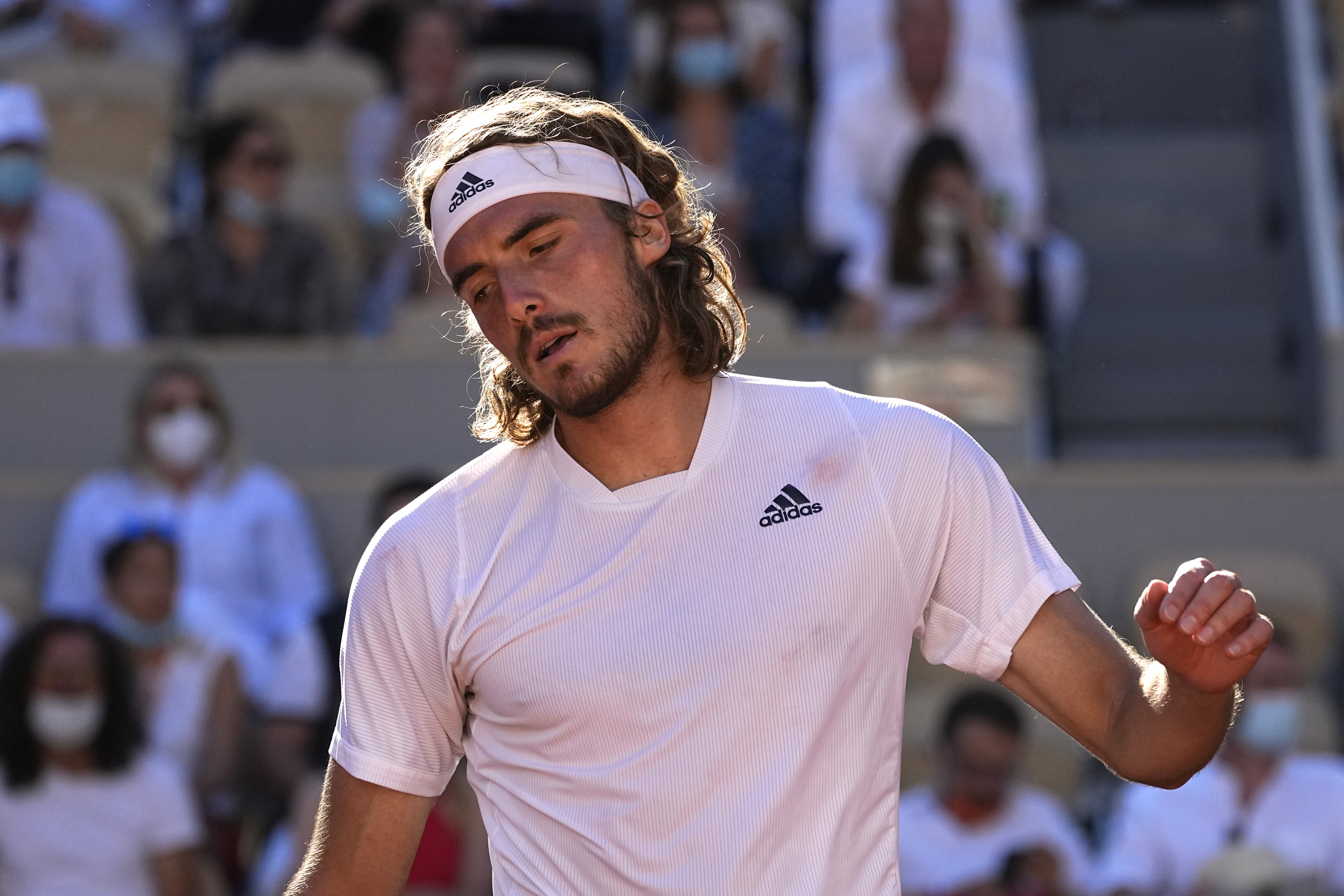 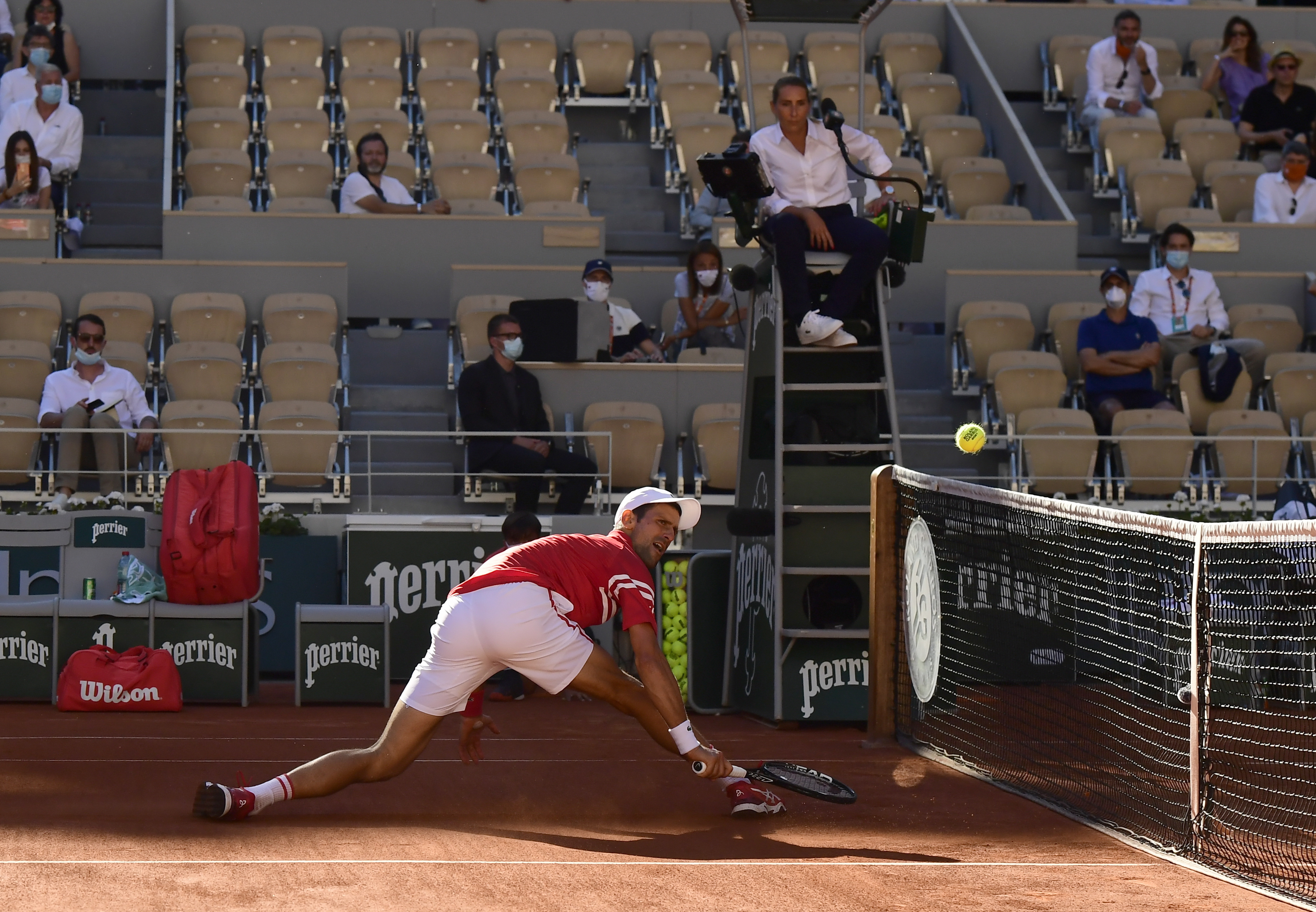 Djokovic went off court at that juncture for a bathroom break to regroup and rethink his strategy and it proved to be a defining moment.

The 11-minute lung-busting fourth game of the third set was particularly pivotal, Djokovic winning it on his fifth break point.

As Djokovic won 12 out of 17 games to level up at 2-2 sets apiece, Tsitsipas was hitting unforced errors, the double faults count was rising, his backhand was misfiring, the frustrations were coming out in his native tongue and he required treatment on his back on-court.

Tsitsipas, 22, was trying to become the first player since underrated Swiss player Stan Wawrinka at the 2016 US Open to beat one of the Big Three in a major final.

But his will and determination deserted him in the closing sets and the Next Gen, of which he is a prominent member, must continue to wait for that breakthrough success at the highest level. 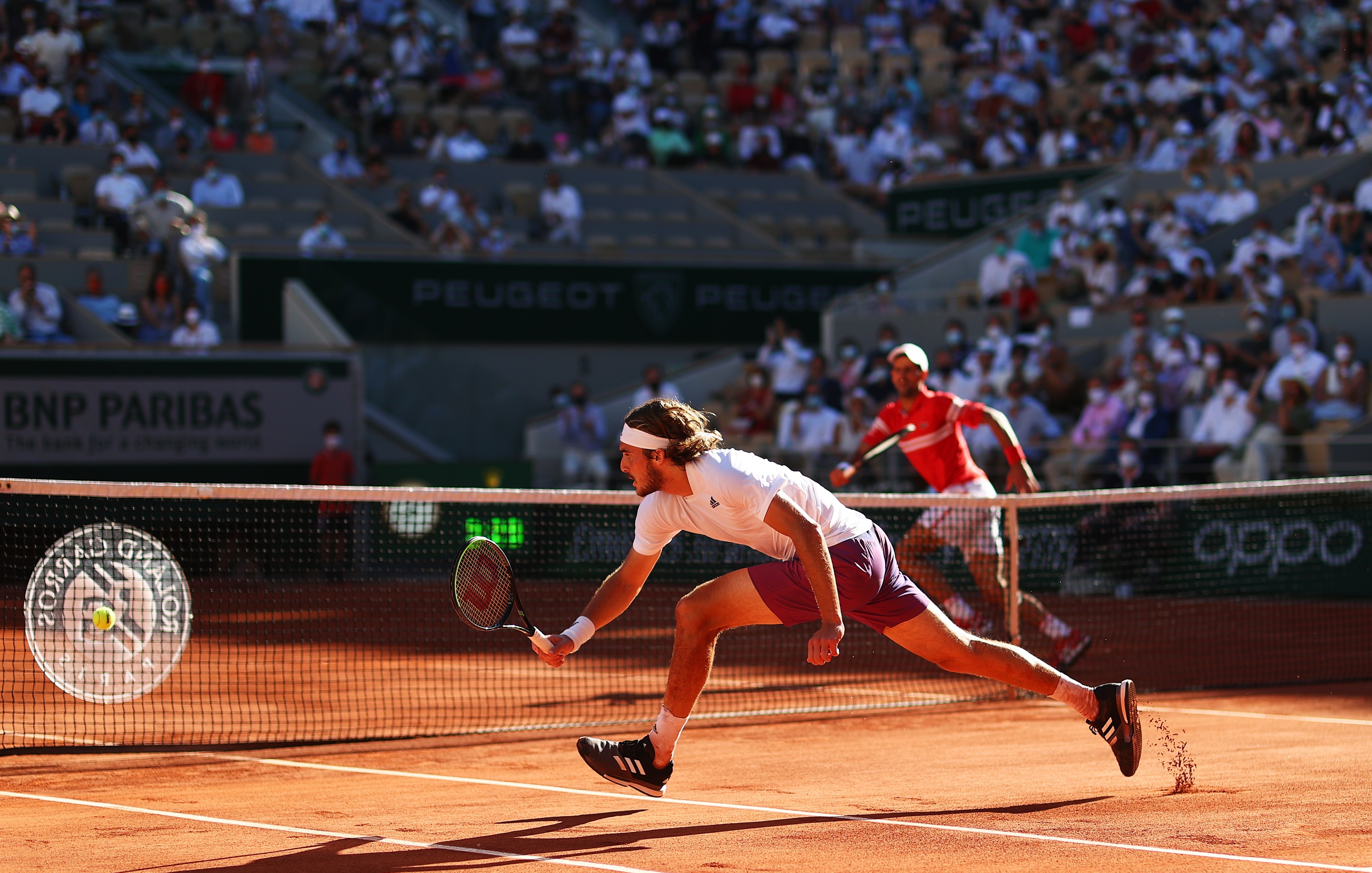