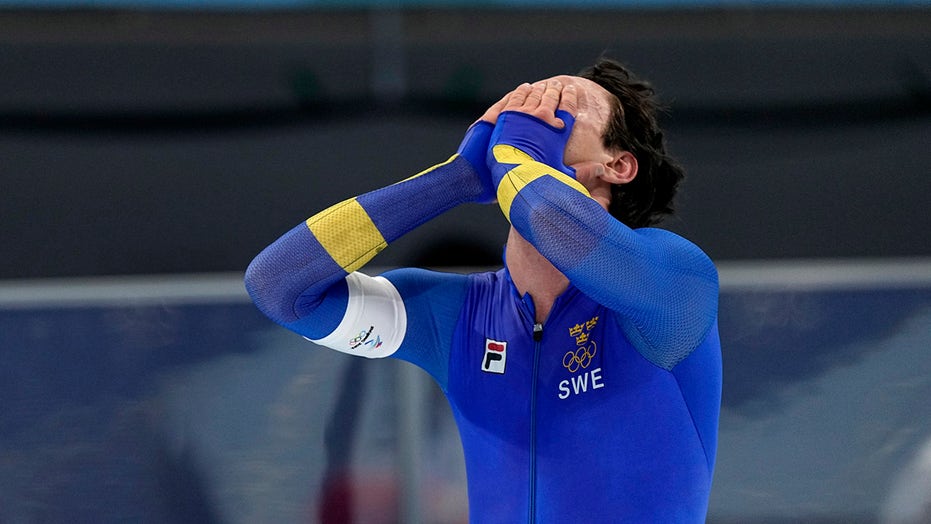 Nils van der Poel gave Sweden its first Olympic speedskating medal since 1988, pulling off a stunning comeback to win gold in the 5,000 meters Sunday at the Beijing Games.

Van der Poel was a big favorite coming into the event as the reigning world champion, with an undefeated record in the distance events on this season’s World Cup circuit. 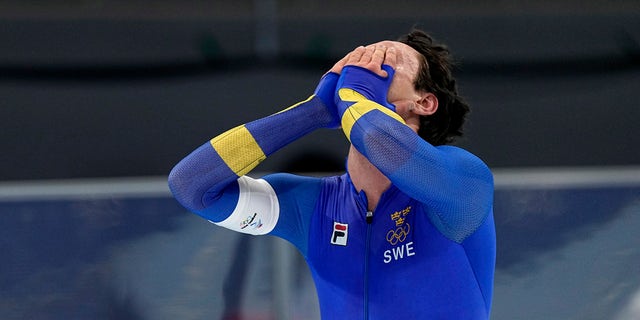 He thrilled the sparse crowd by slicing into Roest’s time with each stride, his progression marked in real time on the scoreboard.

Turns out, van der Poel had just enough time to claim the gold. His final lap was a scorching 28.97 — his second-fastest of the grueling event.

Van der Poel threw up his arms when he saw the winning time. Roest, watching the race on a video screen, let out a groan and dropped his head in disbelief, his coaches gathering around to console him.

The bronze went to Hallgeir Engebraaten of Norway in 6:09.88.

Van der Poel became the first Swedish speedskater to claim a medal since Tomas Gustafson won a pair of golds in the 5,000 and 10,000 at the Calgary Games 34 years ago.

Since then, the Swedes had not finished higher than seventh in an Olympic race.

The 35-year-old Dutchman skated in the first pair of the day and finished in 6:17.04 — more than 7 seconds off his gold medal-winning time at the Pyeongchang Games and only good enough for ninth.

Kramer was the first male skater to win the same event at three consecutive Olympics, but he’s no longer the world’s dominant long-distance performer.

Kramer plans to retire after the Beijing Games, but he still has a couple of events to go. He’ll also compete in the mass start and team pursuit.

No matter what, Kramer is already assured of leaving the sport as the most decorated male speedskater in Olympic history, with nine medals over the last four Games, including four golds.

Lehman filled in for teammate Casey Dawson, who has been stuck in the U.S. after testing positive for COVID-19 several weeks ago.