Trent Merrin will remain at Penrith after knocking back the chance to take up a massive four-year deal with Super League outfit Leeds.

Merrin is contracted to the Panthers for a further two seasons, but the club was keen to grant him an early release to free up salary cap space. 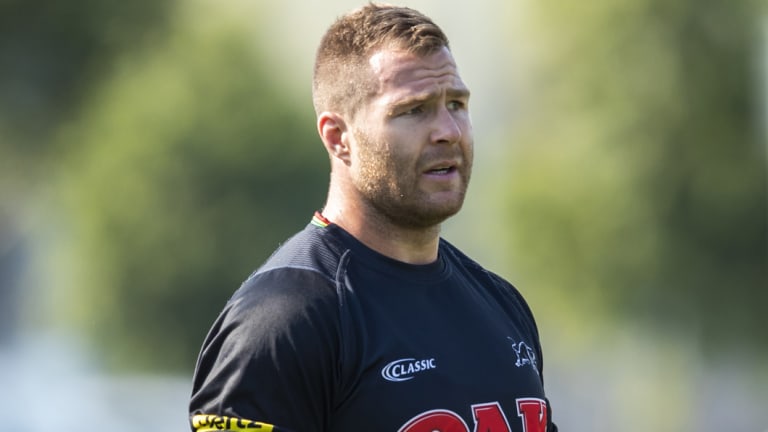 The former NSW and Australian forward had been in deep negotiations to join the Rhinos’ new coach, David Furner, in England.

Furner, a former Souths assistant and Raiders head coach, only arrived in the United Kingdom this week and was hoping Merrin would be his first marquee signing.

After weeks of negotiations, Merrin knocked Leeds back. 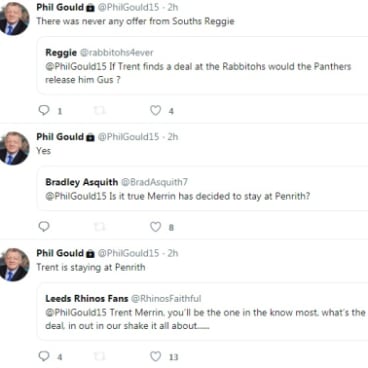 Panthers supremo Phil Gould took to Twitter to confirm Merrin would be staying put and also rejected suggestions South Sydney was ever a potential destination. Merrin reached out to incoming Rabbitohs coach Wayne Bennett – his former mentor at the Dragons – for career advice, but the prospect of him shifting to Redfern wasn’t discussed.

Furner has publicly stated there is still one marquee spot left open, with the club now forced to look elsewhere.

The Panthers have had dedicated a significant portion of their salary cap to retaining NSW halfback Nathan Cleary, who will remain at the foot of the mountains until 2024. They are also close to re-signing Jarome Luai – considered Cleary’s long-term halves partner – on a long-term deal.