Justin Rose is the clubhouse leader at -7

Follow all the action as the second day of The Masters gets underway at Augusta, following a dramatic opening round which saw Justin Rose surge to a four-shot lead thanks to an spectacular round of 65 on Thursday.

After making two bogies in his opening seven holes, Rose suddenly found a golden touch as he went nine under through his next 11 to take the clubhouse lead ahead of Brian Harman and Hideki Matsuyama (both -3).

It was a chastening opening day for some of the pre-tournament favourites, however, with Bryson DeChambeau and Rory McIlroy both struggling. The big-hitting American carded a 4-over-par 76, while McIlroy shot the same score in an error-strewn round that also saw the Northern Irishman hit his own father with a wayward shot. Both of those players have work to do if they are to make the cut, with the lowest 50 players making it to the weekend.

Elsewhere, players will be jostling for position in an attempt to make up ground on Rose. Jordan Spieth, Shane Lowry and Tyrell Hatton are six shots back at -1, while defending champion Dustin Johnson, Brooks Koepka, Bob MacIntyre, Tommy Fleetwood and Matthew Fitzpatrick are in a group further behind at +2.

THE MASTERS 2021: OPENING BOGEY FOR THE LEADER

Rose trickles his downhill putt to within two feet of cup, but that’s a dropped shot for the overnight leader on the opening hole, who moves to -6. It was the drive off of the first tee that cost him. He’s three shots clear now but with a lot of golf still to be played. Remember that Rose went +2 for his first seven holes yesterday.

THE MASTERS 2021: FOUR IN A ROW FOR WIESBERGER

Wiesberger lands his second shot on five to within 15 feet of the flag before holing the put for his fourth birdie in a row. Rose chips out of trouble and has 155 yards to go with his third shot on the first. He finds the centre of the green but is a long way from the pin, he’ll do extremely well to come away with an opening par here.

That’s not the opening drive that Rose would have wanted. The overnight leader pushes his tee-shot into the trees on the right side of the first fairway. He’ll have a tough second shot to come with the pin located on the front-left edge of the first green.

Wiesberger is the big early-mover on the start of the second round, a sign perhaps for those with an early tee-off time that there are birdies to be had before the weather is forecast to turn this afternoon. Speaking of which, here comes leader Justin Rose on the first tee.

MacIntyre makes another green and this time curls his birdie putt into the middle of the cup from eight feet. Nicely done, and he moves to +1. Mackenzie Hughes drops a shot at the fourth to move back to -1.

THE MASTERS 2021: WIESBERGER MAKES IT THREE

Wiesberger, who is playing alongside Hughes in the 13:24 BST group, rolls in his third birdie in as many holes to move to -1. They’ve got the 240-yard par-3 fourth to come next.

THE MASTERS 2021: PAR-PAR FOR MACINTYRE

MacIntyre’s downhill putt runs past the hole and he settles for a five. Elsewhere, Canada’s Mackenzie Hughes makes consecutive birdies at two and three to move into the top five at -2.

THE MASTERS 2021: MACINTYRE AT THE SECOND

MacIntyre nestles a pitch over the left-side bunker at the second to seven feet. Another birdie putt coming up for the 24-year-old.

Austrian Bernd Wiesberger gets his second round underway with consecutive birdies to move to even-par. The 35-year-old hit his approach shot at the 575-yard par-5 second to within seven feet before making the birdie putt. 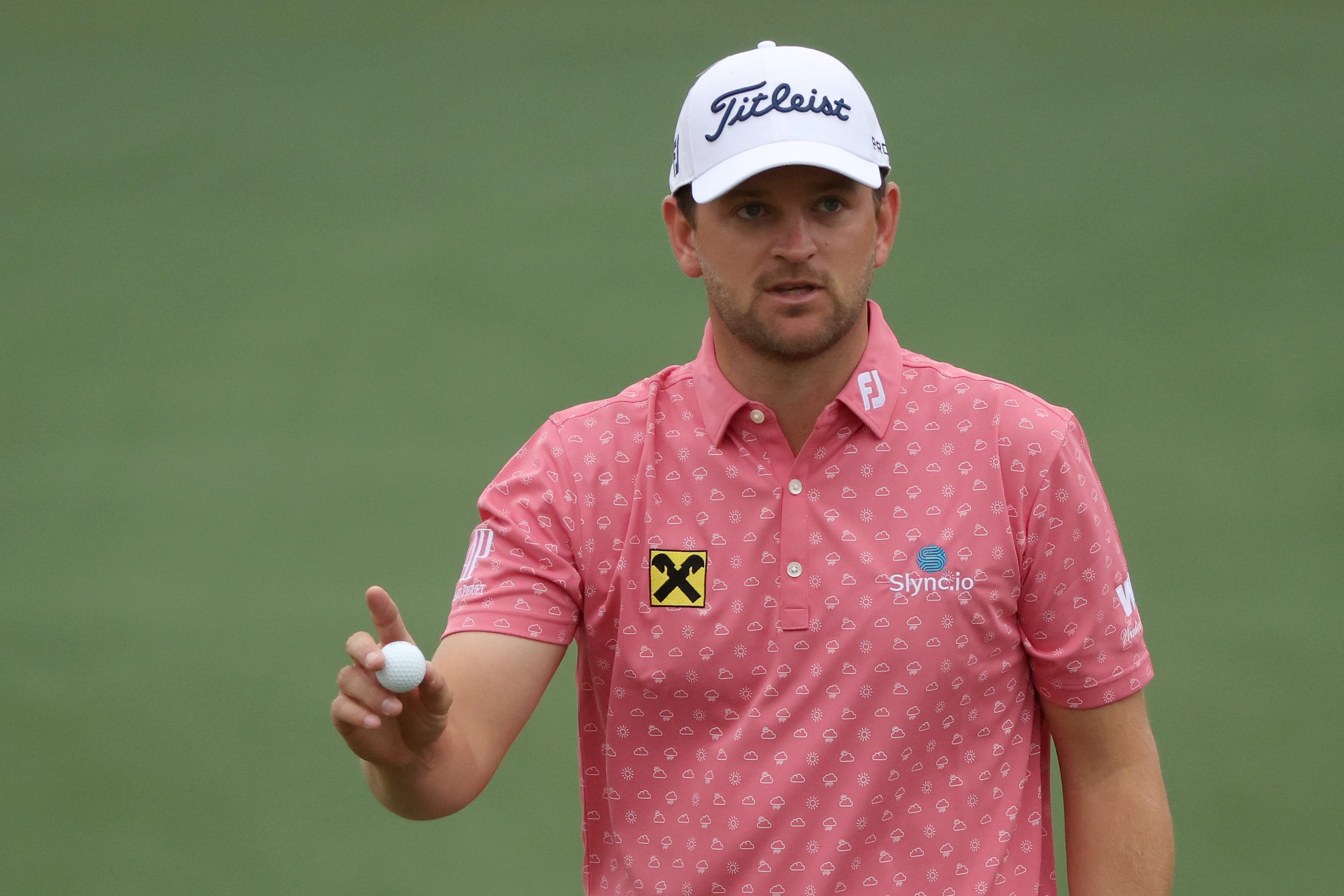 THE MASTERS 2021: OPENING PAR FOR MACINTYRE

MacIntyre’s birdie putt rolled to within four feet and the Scot knocks down the par putt before moving on to the second.