MANCHESTER UNITED have been dealt a major blow, with Marco Reus confirming Jadon Sancho will STAY at Borussia Dortmund for one more year.

United are set to launch a last-minute bid for the England ace – and are confident Dortmund will be forced to accept a cut-price fee. 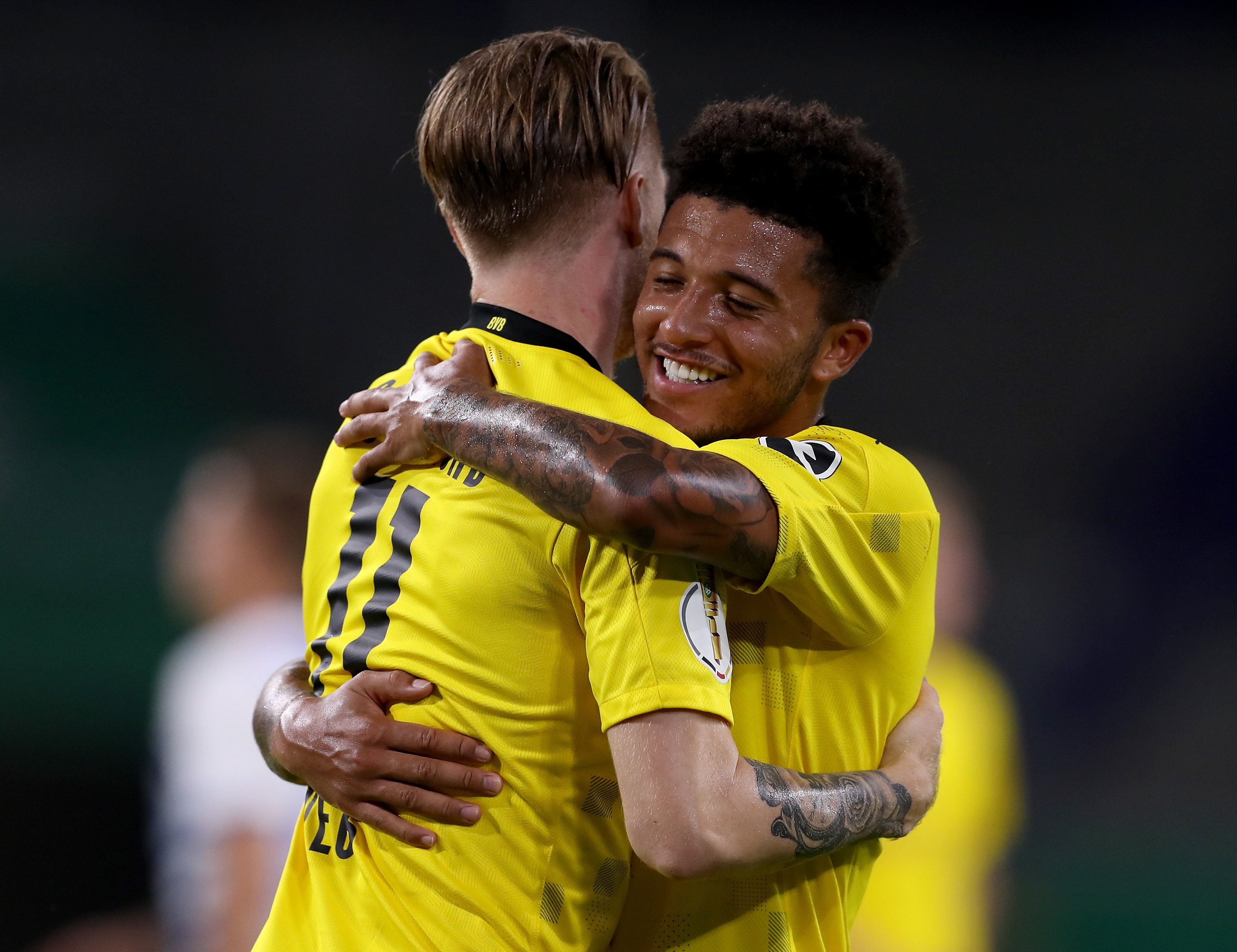 The Red Devils missed out on Sancho, 20, after failing to negotiate a fee before Borussia Dortmund's August 10 deadline.

Despite that, Man Utd have remained confident they will land their man before the transfer window closes on October 6.

Time and time again during the current transfer windows, Dortmund chiefs have stated the player would NOT be leaving.

And it appears now the Dortmund squad have been told Sancho will officially be staying, with Reus – captain of the Bundesliga giants – all-but confirming Sancho WILL stay for 2020-21.

Reus told Sky Germany: "For us players, that was great news.

"We all were happy that he will be with us for one more year because he delivers assists and goals, so we get points."

Many have tipped Sancho to have as strong a career as the likes of Lionel Messi or Cristiano Ronaldo.

But Reus has urged fans to temper their expectations – while admitting he has the "confidence and quality" to reach the very top.

Reus claimed: "Whether he gets as big as [Lionel] Messi or [Cristiano] Ronaldo, we will see.

"He needs time, experience and it will be important how he manages the times when things don't go so well.

"But he has the confidence and the quality."