England international Sancho, 20, is using his experience to help out the German club's latest crop of starlets. 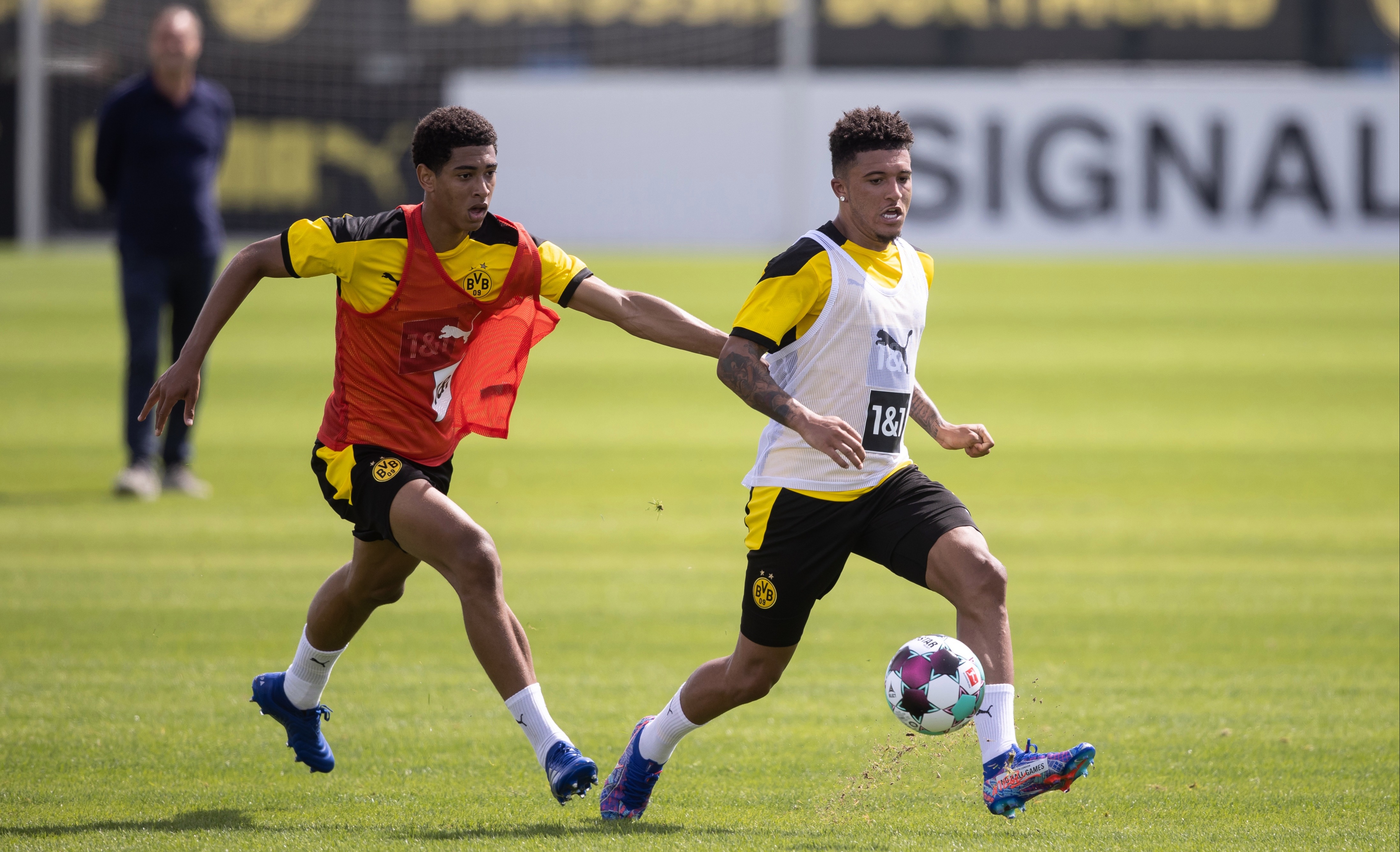 Sancho boldly quit the Manchester City academy to join the Bundesliga outfit in 2017 – the same year he won the Under-17 World Cup with the Three Lions.

And Bellingham followed in the footsteps of his compatriot by leaving Birmingham for Dortmund for £25million earlier this year – becoming the most expensive 17-year-old ever.

"He puts his arm around me and the other young players, encourages us, gives us confidence.

"He is a great role model for English players my age.

"To get praise and encouragement from him means a lot to me."

Sancho was at the centre of a long-running transfer saga over the summer as the Red Devils made no secret of their desire to bring their No1 target to Old Trafford.

And the winger's 'slow' start to the season could be down to the speculation, according to boss Lucien Favre.

Dortmund rejected a number of offers for Sancho from United and the Red Devils instead signed Edinson Cavani plus wingers Facundo Pellistri and Amad Traore before the window slammed shut on deadline day.

Sancho bagged an impressive 20 goals and 20 assists in all comps last term.

But this season the wideman has only returned two assists and NO goals in four league appearances.