That’s if reports in Germany are anything to go by as the race for the 21-year-old hots up. 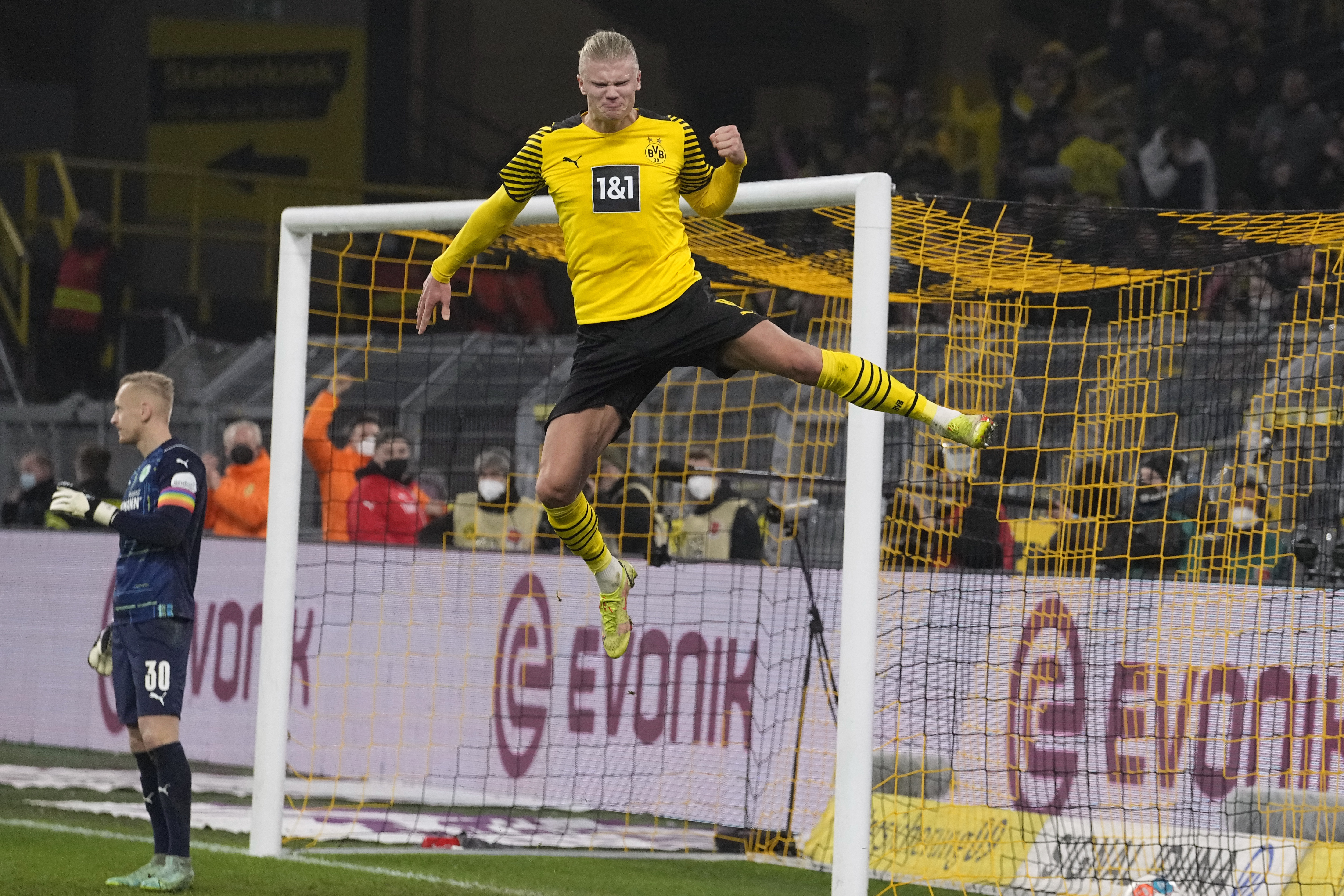 Dortmund are trying desperately to tie the Norway star down to a new deal with an inflated buy-out clause.

The striker is understood to be available for as little as £64million if a potential buyer can match that trigger.

That would represent a relative bargain for a goalscorer who has already netted 19 times in just 15 appearances this season.

United have long-standing interest in the goal-getter as a replacement for talisman Cristiano Ronaldo.

But Sky Sport now reports Liverpool have entered the fray as they search for a genuine No9 to lead the line.

Both Premier League giants will also face competition from Spain’s heavyweights in a likely bidding war.

Most read in Premier League

Real Madrid are known to have been in contact with Dortmund over a possible move.

And Barcelona are hopeful their close ties with the player’s agent Mino Raiola can tempt the player in their direction.

Haaland joined Dortmund back in January 2020 after smashing 29 goals in 27 games for previous club RB Salzburg.

He set the rumour mill running last week when he appeared to wave goodbye to BVB fans in their last home game of the calendar year.