LIVERPOOL, Manchester United and Arsenal are locked in a battle to sign Sevilla striker Youssef En-Nesyri.

And bookmakers Betfair believe it's Ole Gunnar Solskjaer's side who are leading their rivals in the betting market – pricing the Red Devils at 4/1 to complete a transfer. 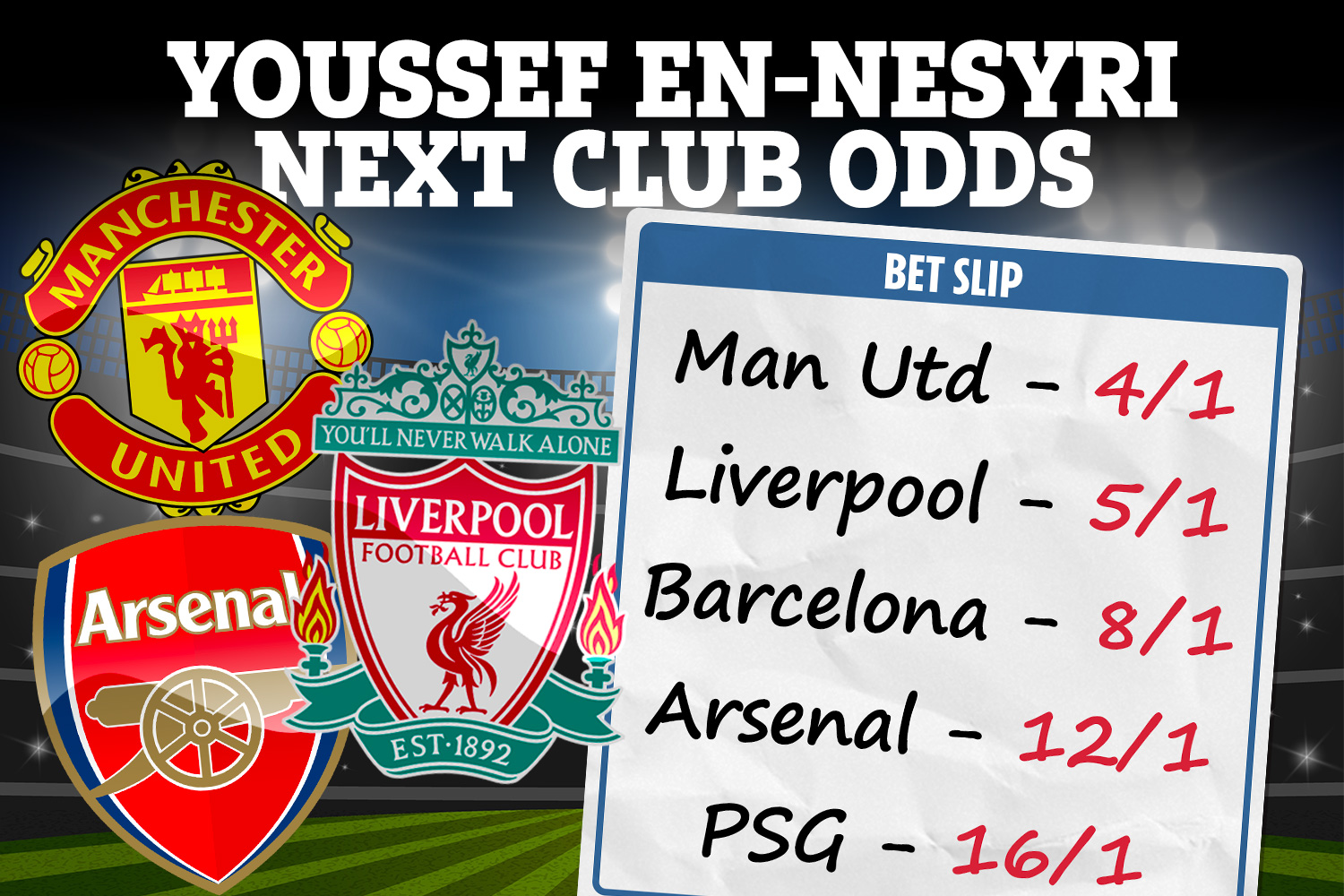 The Old Trafford club are considering their forward options.

Odion Ighalo has left, Anthony Martial managed just four top-flight goals all season while there have been claims that Edinson Cavani wants a return to South America.

United are trying to keep the Uruguay international for a further season but if that fails – En-Nesyri could be a realistic target.

Liverpool also look set to bolster their attacking ranks having failed to land any silverware this term.

The Reds are a fraction behind at 5/1 to be En-Nesyri's next permanent destination with bookmakers Betfair.

Barcelona are available at 8/1 while Arsenal and French champions Paris Saint-Germain complete the list at 12/1 and 16s respectively.

The centre-forward has bagged 22 goals in 45 appearances for Sevilla since arriving from Leganes for £18million in January 2020.

Prying him away from the Estadio Ramon Sanchez Pizjuan could be tricky with his contract running until June 2025.

However, Sevilla have previous when it comes to selling for a profit.

The La Liga outfit have done plenty of big business selling their prized assets in the past with Wissam Ben Yedder, Clement Lenglet, Vitolo and Dani Alves all going for £30m+.

Álvaro Negredo, Jesus Navas and Alberto Moreno have also been sold to English clubs over the last eight years.

But Sevilla rebuffed their £26million approach.