Not bad for someone who cannot finish. 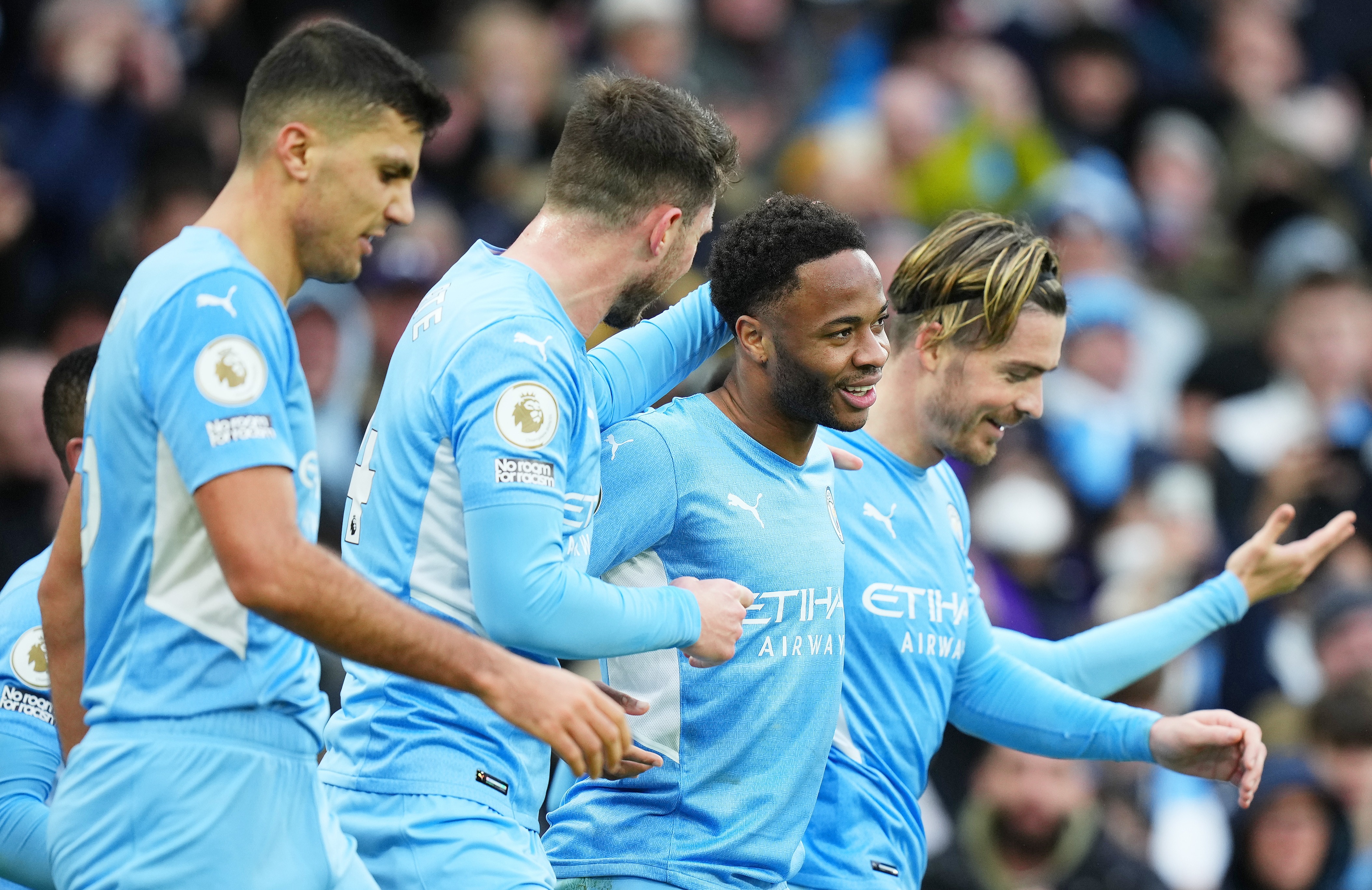 That was the label he carried early in his career at the start of his time at The Etihad. Sterling himself has admitted he could be a bit sloppy in front of goal in the past.

But the arrival of Pep Guardiola changed all that with Sterling racking up 23, 25 and 31 goals in the three seasons from 2017-20.

His figures only dropped last season because he couldn’t get in the team, amidst reports that he had fallen out with the boss.

But since winning favour again at the start of last month he has hit five in eight games having found the net only twice in his previous 31 appearances.

At 27-years-old, and back on form, there are going to be plenty more to come.

His goal in the 66th minute came from calmly taken penalty. The only numerical difference in a game City dominated without getting the goals they deserved.

But Wolves can be a frustrating side to play against as Liverpool found out last weekend needing injury time to finally break the deadlock between them.

A dreadful first half at The Etihad was most notable for the amount of time the Wolves medical team spent on the pitch and a bizarre sending off. 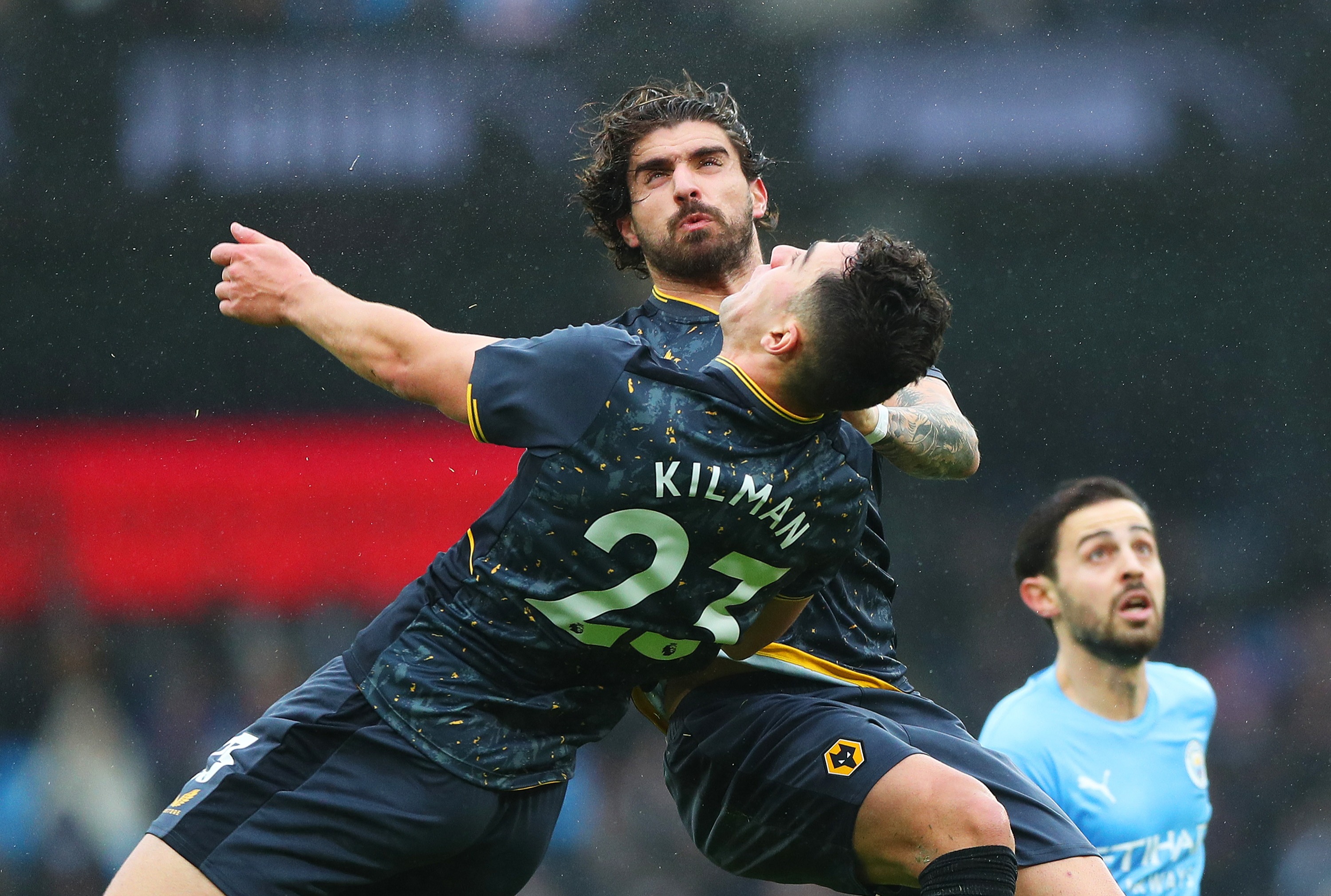 The seven minutes injury time was because of two incidents. One looked nasty, one looked silly.

When Max Kilman and Ruben Neves both jumped for a high ball they cracked heads and hit the deck.

Kilman had blood streaming down his face and needed to be bandaged up Terry Butcher style.

When Neves finally got to his feet the Wolves physio had to do checks that he could see straight. Thankfully both players could play on.

While there was sympathy for them following that nasty incident there was non for Romain Saiss as he put late bid in to the Academy for best actor Oscar.

Joao Cancelo slid a great through ball into the run of Sterling whose outstretched right arm flicked the trailing Saiss’s face.

The way he hit the floor would have had security scanning the stand behind the goal for a rogue sniper.

Rolling around, holding his face, he infuriated the City players, one of whom, Rodri, bent down to him and made his feelings clear. 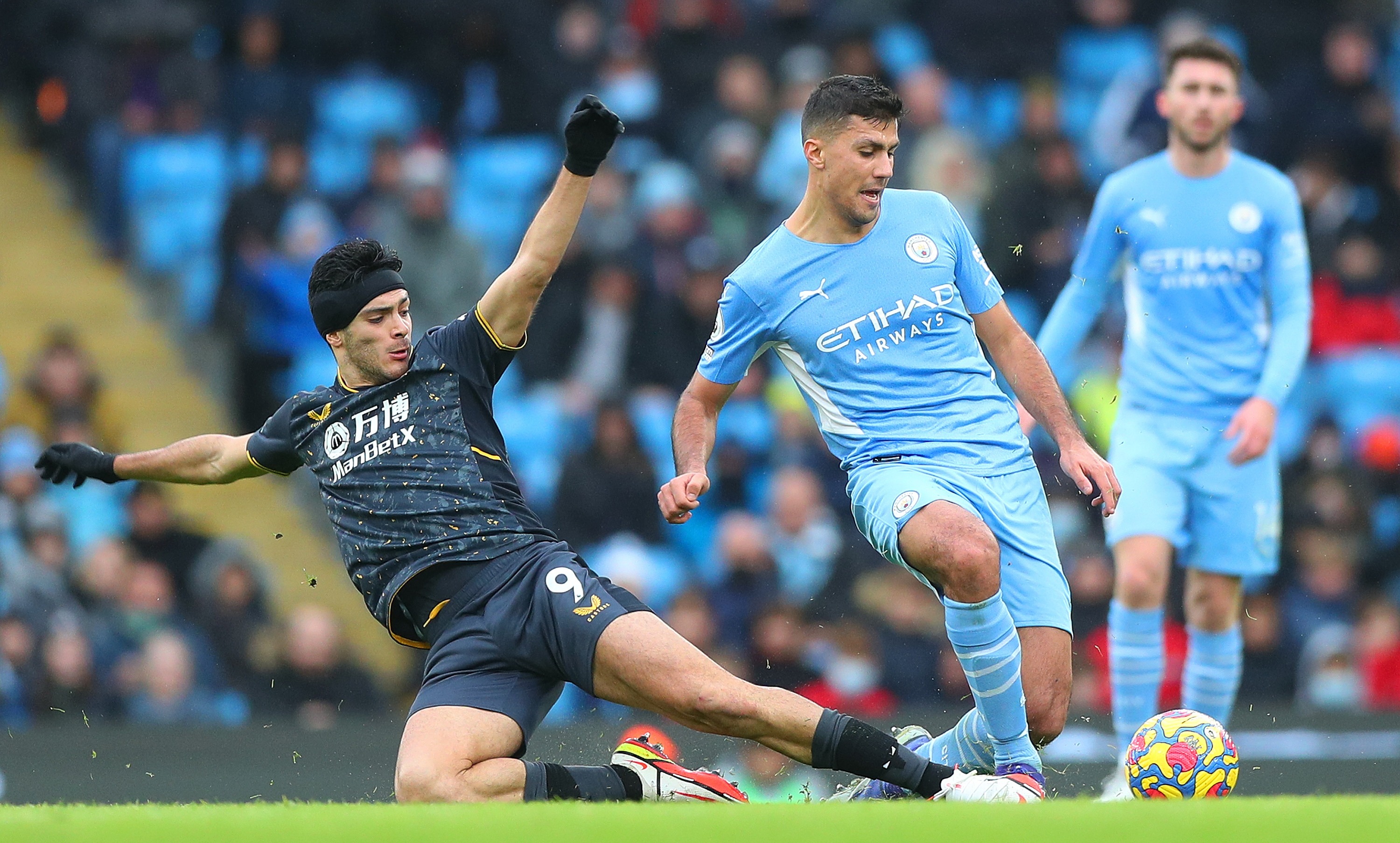 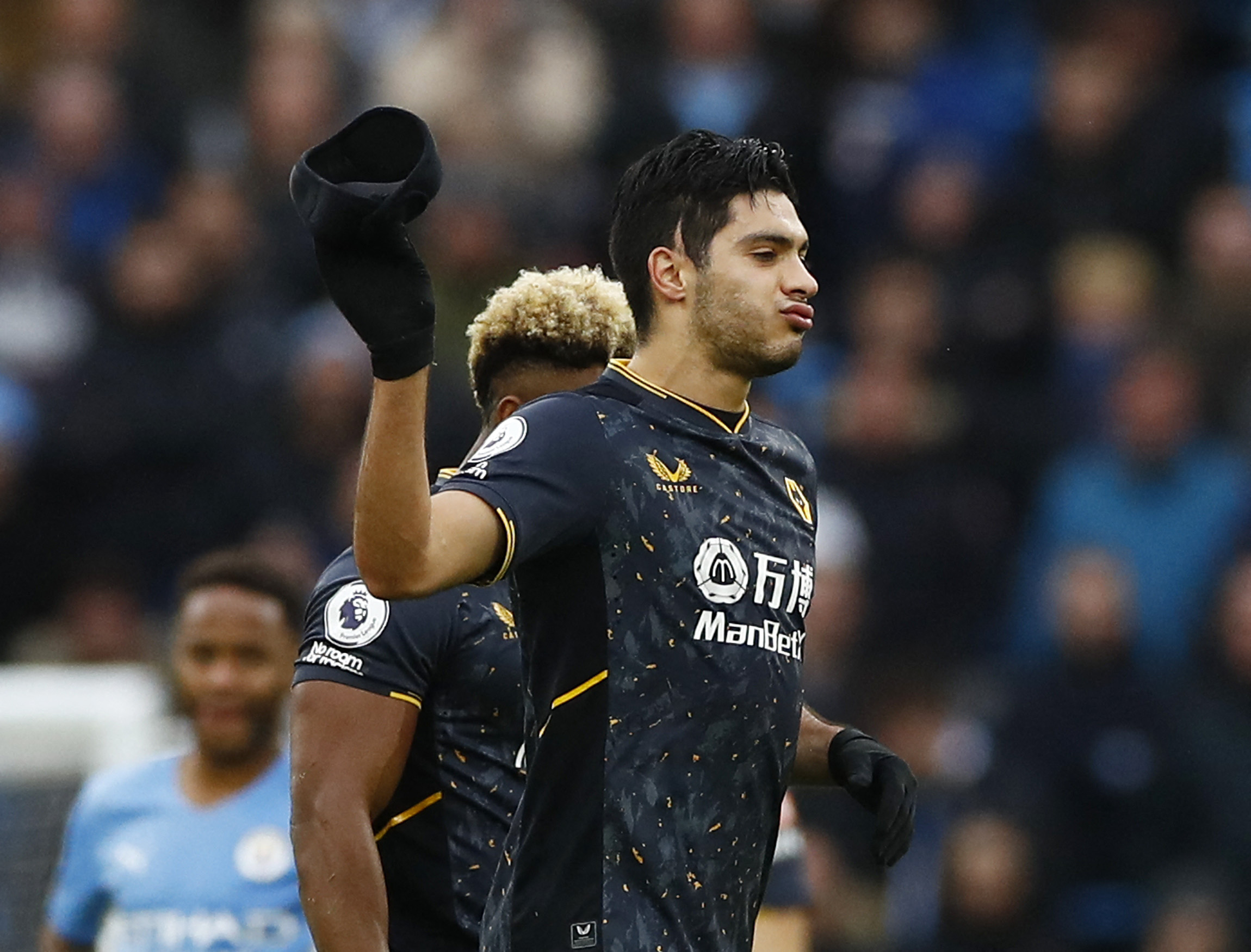 The usual pushing and shoving between both sets of players then ensued as Saiss was tended to on the floor.

It was bizarre that when he did get to his feet he limped off the field for further checks. I thought he’d got flicked in the face.

The City fans gave him plenty of abuse for his theatricals and there was more to follow from Wolves when Raul Jimenez was deservedly given his marching orders in first half injury time.

First he was given a yellow for breaking up a City move with a foul on Rodri on halfway.

Given that two City players Ruben Dias and Rodri himself had just been booked for similar offences of professional fouling it was only fair he saw a yellow too.

But Jimenez then compounded the offence by refusing to retreat ten yards to allow the free kick to be played then blocked the ball when Rodri lost patience and tried to take it.

Referee Jon Moss immediately reached for the yellow again and followed it with a red.

Jimenez took an age to leave the field railing at what he saw as a gross injustice. 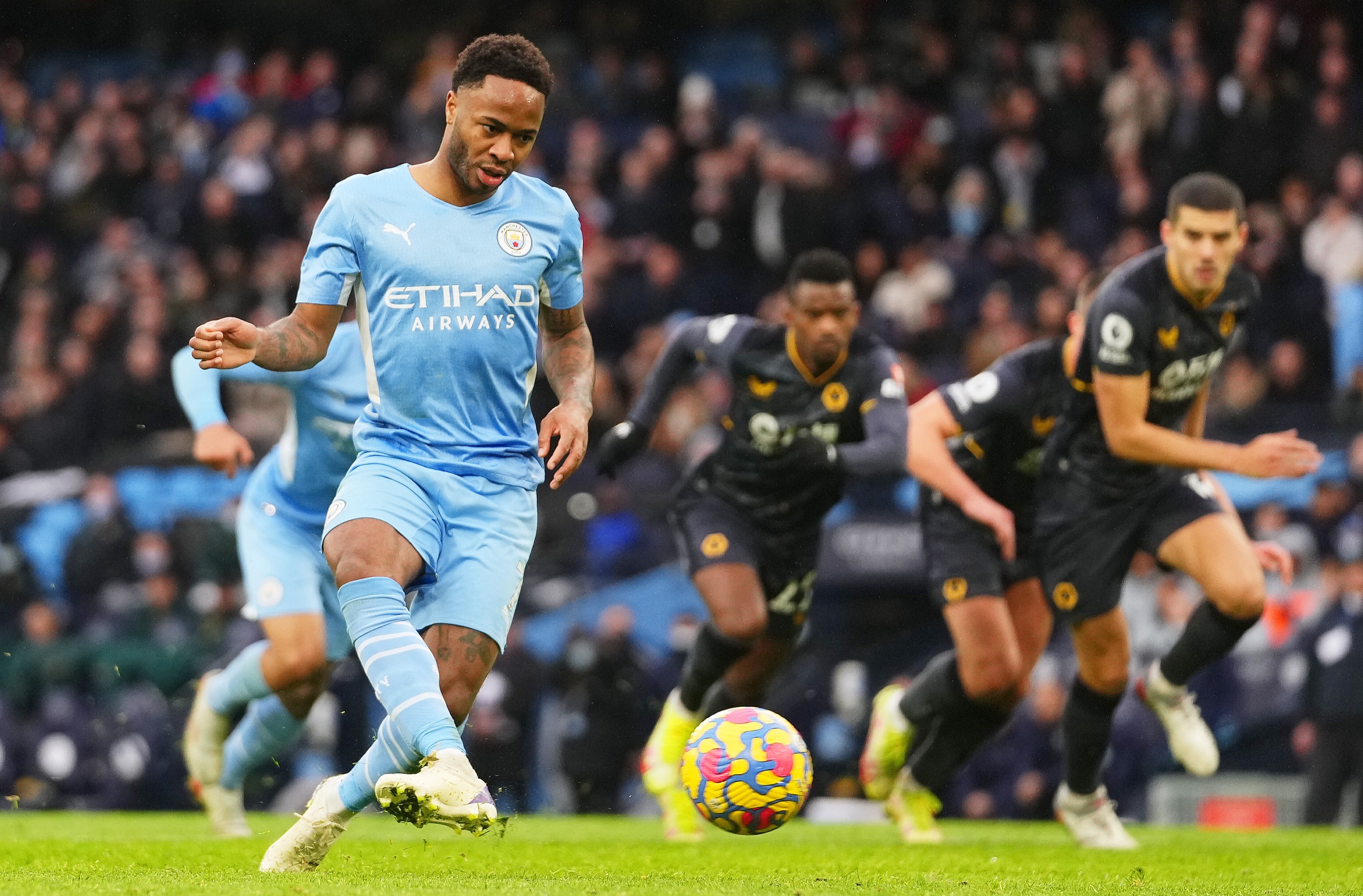 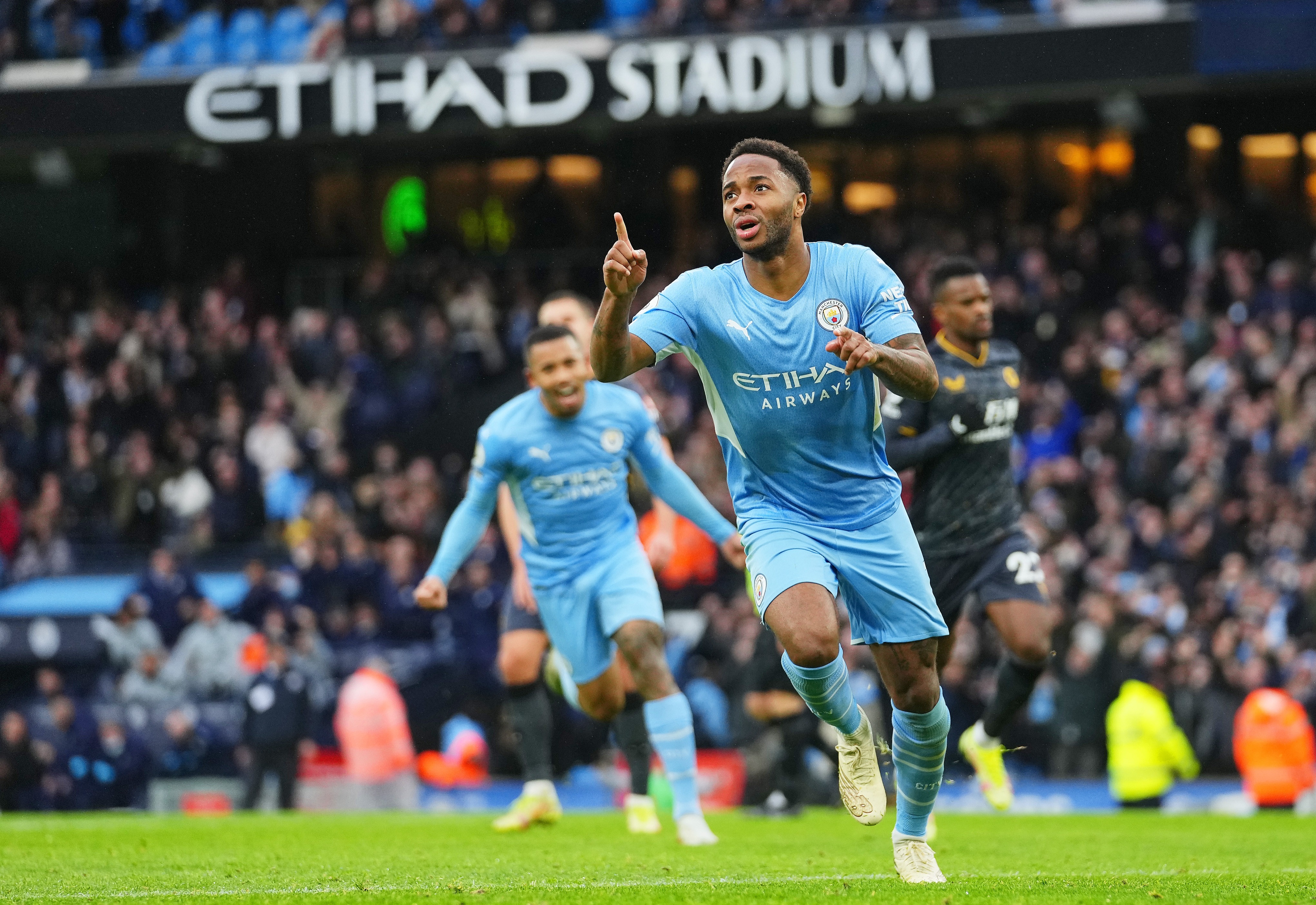 Then as he finally traipsed to the touchline he twice flung his head band to the ground much to the amusement of the cheering City hordes.

As for goalmouth action, well there was little to speak of in the opening period Wolves were offering absolutely nothing.

In fact they had only two efforts all game, have not scored now in four and only once in six. To think Bruno Lange was brought in to liven things up.

And yet they nearly snatched an undeserved point in injury time when Kilman’s far post header was touched over by Ederson who hadn’t had anything to do for 90 minutes.

It meant the City goalkeeper also reached a milestone with his 100th clean sheet for the club. City did step things up a bit after the break.

Ilkay Gudogan thought he had broken the deadlock with a header that went over goalkeeper Jose Sa but was nodded off the line by Wolves captain Conor Coady.

Sterling had shouts for penalty when two of his wriggling runs ended up with him on the floor but Moss waved both appeals away. 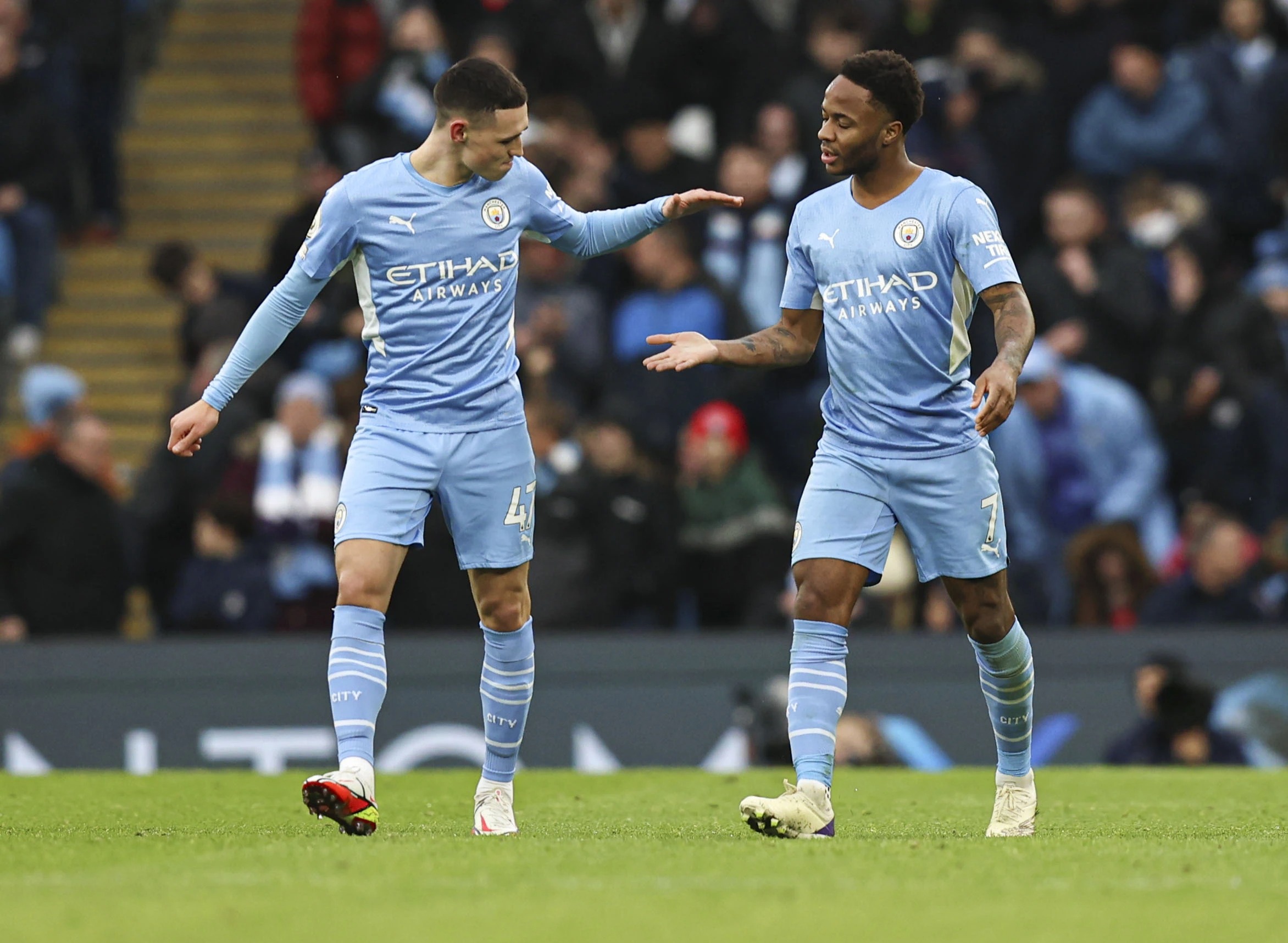 Then a spot-kick was given

Joao Moutinho’s arm was high when he blocked Bernardo’s cross, VAR backed Moss’s decision to award the kick and Sterling now had his chance from the spot.

He charged up to the ball then calmly rolled the ball down the middle of the goal as Jose Sa dived left.

It should really have been two courtesy of Sterling in the 70th minute for he provided an exquisite curled cross behind the Wolves back line to tee up Jack Grealish at the far post.

Fortunately for him, Ederson would make sure that did not matter. 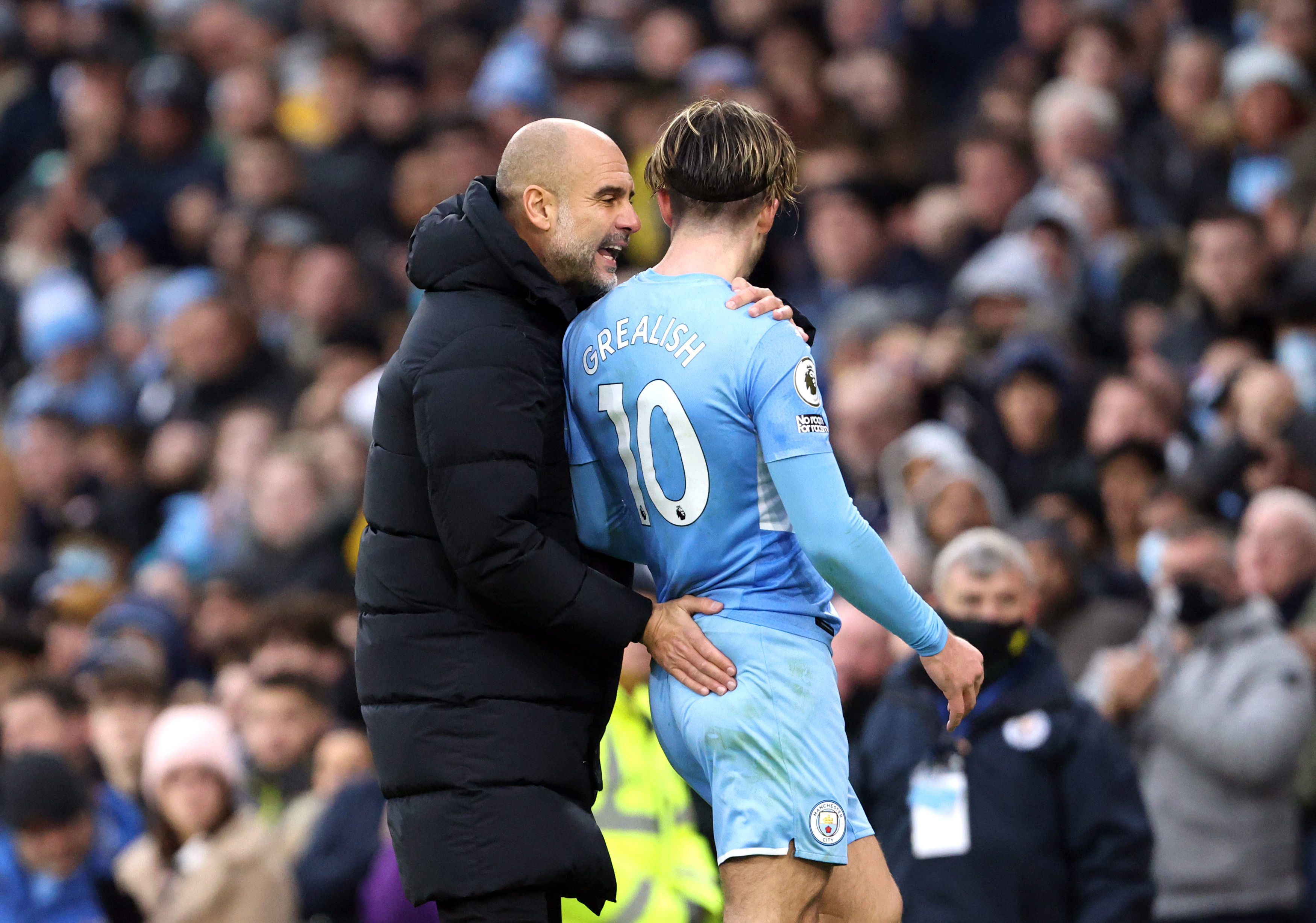