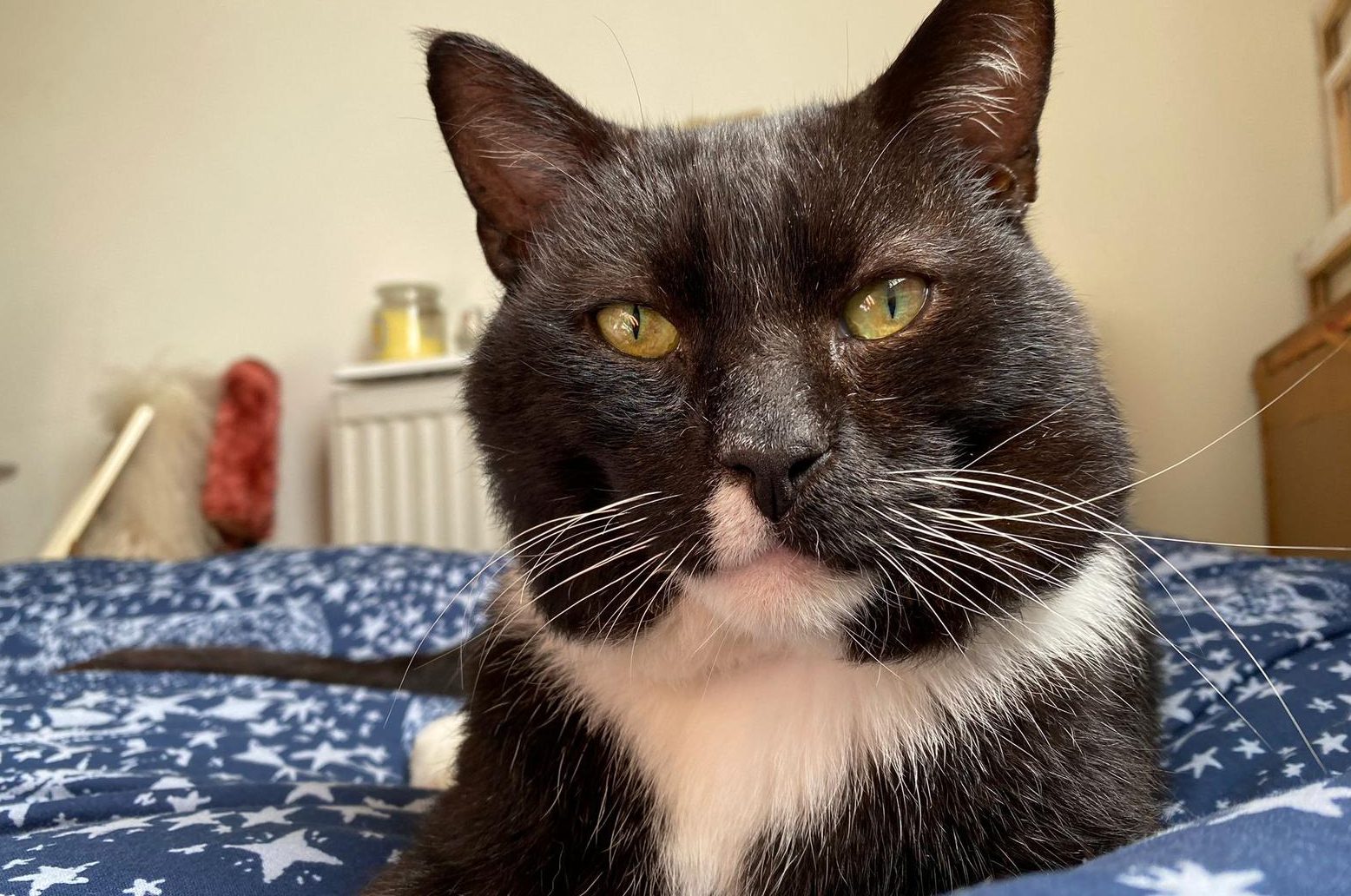 Three-year-old cat Poppet may be missing a leg, but he’s got more than enough love to give to make up for it.

The three-legged cat came into the care of the RSPCA in July this year, having been spotted limping in the Basildon area.

Vets believed he may have a broken leg, so Poppet was transferred to RSPCA Finsbury Park Animal Hospital in London, where an examination revealed he was suffering from an old fracture that hadn’t healed properly.

The poor cat also had deep scabs all over his hip and was suffering from cat flu.

Unfortunately, the best option was to amputate Poppet’s broken leg.

Katherine Ivermee, animal welfare officer at the branch, said: ‘Poor Poppet was extremely scared and timid at the hospital and was clearly in pain.

‘The vets decided that the best option would be to amputate his leg, which would mean less complications and less time recovering.

‘Once he was moved to a boarding pod at the branch for some much-needed rest and TLC, he began to relax and became a much more cuddly cat!’

After a few months of recovery and neutering, Poppet was ready to find a new home in October – but has yet to receive any applications.

The RSPCA is now appealing for the right owner to give Poppet a loving home in time for Christmas.

He’s a ‘very affectionate’ kitty who is coping well on three legs, and is a fan of cosy beds, food, and fuss.

Prospective owners will need to have a safe garden away from busy roads, and because he could still be a carrier of cat flu, he’ll need to be the only feline in the house.

He could live with families who have children secondary school aged or older, but would prefer not to live with a dog.

‘Poor Poppet has been overlooked so far and we don’t know why,’ said Katherine. ‘He’s a lovely, happy and sweet boy who just needs someone to give him a loving home in time for Christmas!’

If you think you could give Poppet the home he deserves, head to the website to fill out an application form then send this to [email protected]