Snooker star Kurt Maflin is warned for giving the CUE BALL the middle finger after a wayward shot as he closed in on a maximum 147-break worth £40,000 in the World Championship

Kurt Maflin was warned for making an obscene gesture in the 16th frame of his win over David Gilbert in the World Championship first round.

Maflin directed the gesture towards the table after his bid for a maximum break ended when he ran out of position on the penultimate red.

The prize for a maxinum 147 break at this year’s event is £40,000 – and Maflin was unable to hide his annoyance atmissing out.

Referee Tatiana Woollaston took Maflin aside before the start of the next frame and told him: ‘I have to warn you – the next one, you lose the frame.’ 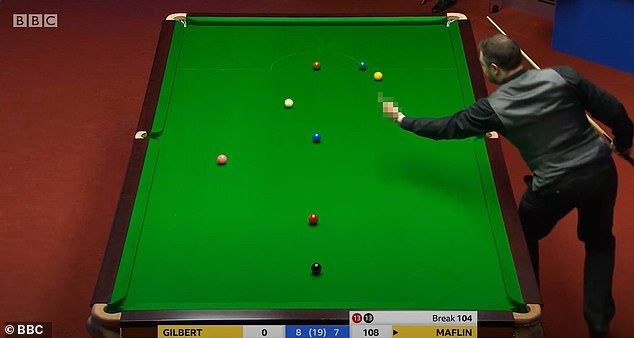 World Snooker confirmed that Maflin would not face any further punishment beyond the referee’s warning, while Eurosport commentator Dominic Dale apologised to viewers for any offence.

Maflin went on to win the match 10-8 and become the first unseeded player to book his place in the second round.

Maflin said: ‘I meant nothing by it – it was purely aggression being taken out on the cue ball. 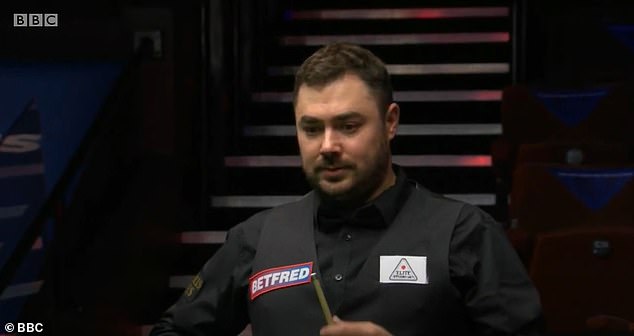 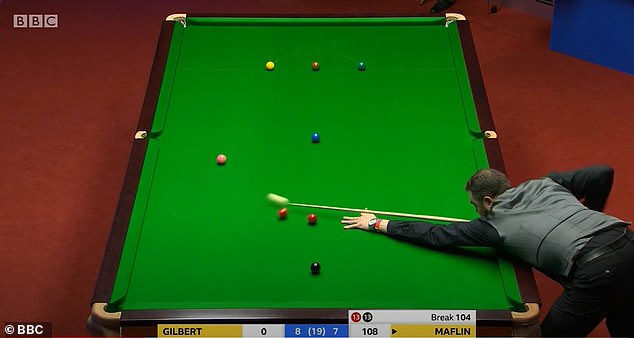 ‘I felt like I’d worked really hard to get into that position… and when the white hit the yellow, it was just one of those reactions.

‘She (Woollaston) was whispering and I thought she was telling me to tuck my shirt in, but she told me she had to warn me for the gesture. I wasn’t quite with it at that stage.’