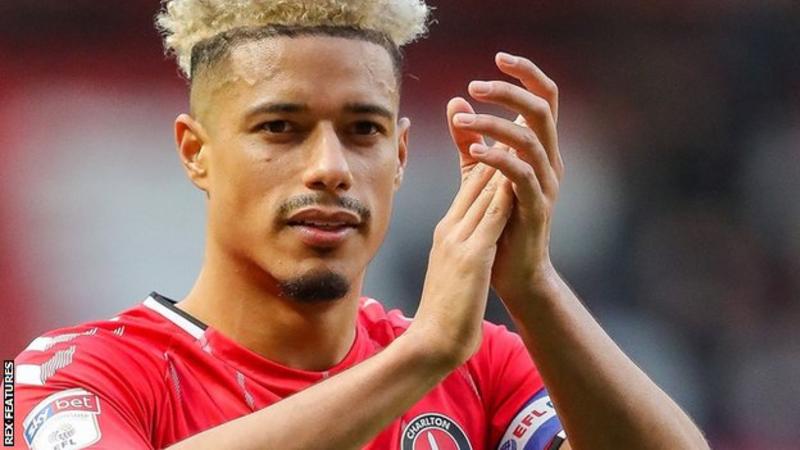 Charlton’s top scorer Lyle Taylor will not play when the season resumes because he does not want to risk getting injured, boss Lee Bowyer says.

Taylor, 30, is out of contract at the end of June and Bowyer said the ex-AFC Wimbledon striker did not want to scupper a “life-changing move”.

The EFL has said second-tier games are set to resume on 20 June, subject to safety requirements being met.

Charlton are two points adrift of safety with nine matches to play.

“We have 15 out of contract – we’ve got six loans and nine of our own contracted players out,” Bowyer told Talksport.

“They finish at the end of June and, unfortunately for us, three players have said that they’re not going to play.

“Lyle’s a big player for us – a bit like [Troy] Deeney at Watford. You know, similar situation – when he plays, we win games.

“Lyle has said that he’s not going to play because of risk of injury.

“Chris Solly the same, he said the same. Then we’ve got David Davis, who is on loan from Birmingham, and he says he doesn’t want to come back and play games.”

Bowyer said that Taylor had told him he wants to play but that worrying about an injury affecting a move would mean he would not be the same player.

Taylor joined the Addicks on a free transfer from AFC Wimbledon in July 2018 and scored 32 goals in 63 league appearances.

“He is going to get a life-changing move,” added Bowyer.

“I was saying this a few months ago when this first happened, when we were talking about the contract problem. I thought this could be a problem because I know how well Lyle has done for us.

“If it wasn’t for Lyle, we wouldn’t even be in this division. He was outstanding last season, he had a great start this season.

“He’s chose now not to come back and play to the end, so we have to move on because I’ve got a lot of players that are hungry.”