JURGEN KLOPP reckons Liverpool's quest for back-to-back titles is all-but over after a three-game goal drought saw them slip down the Premier League table.

The Reds most-recently drew 0-0 at home to Manchester United on the back of a 1-0 defeat at the hands of Southampton and a 0-0 draw against struggling Newcastle. 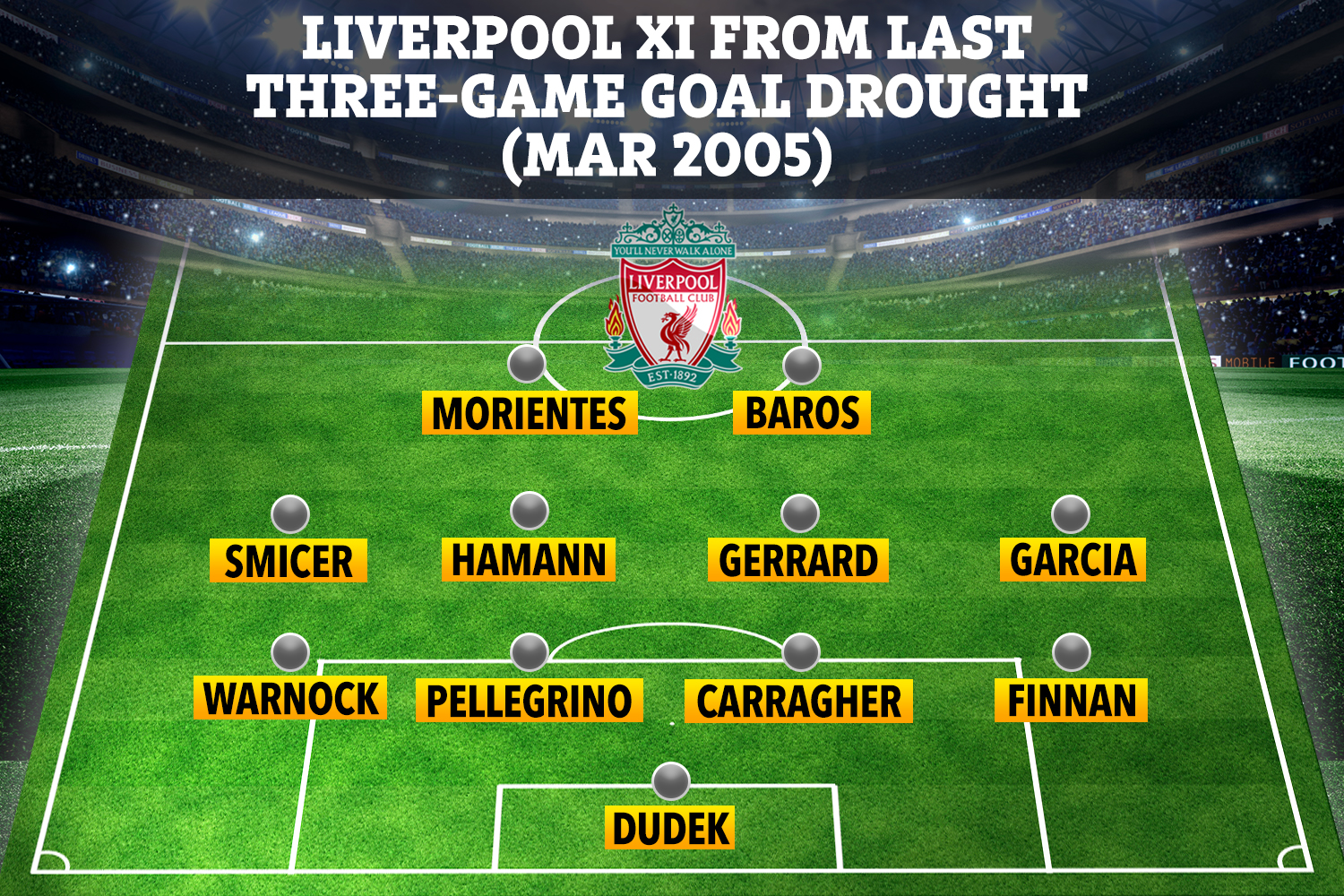 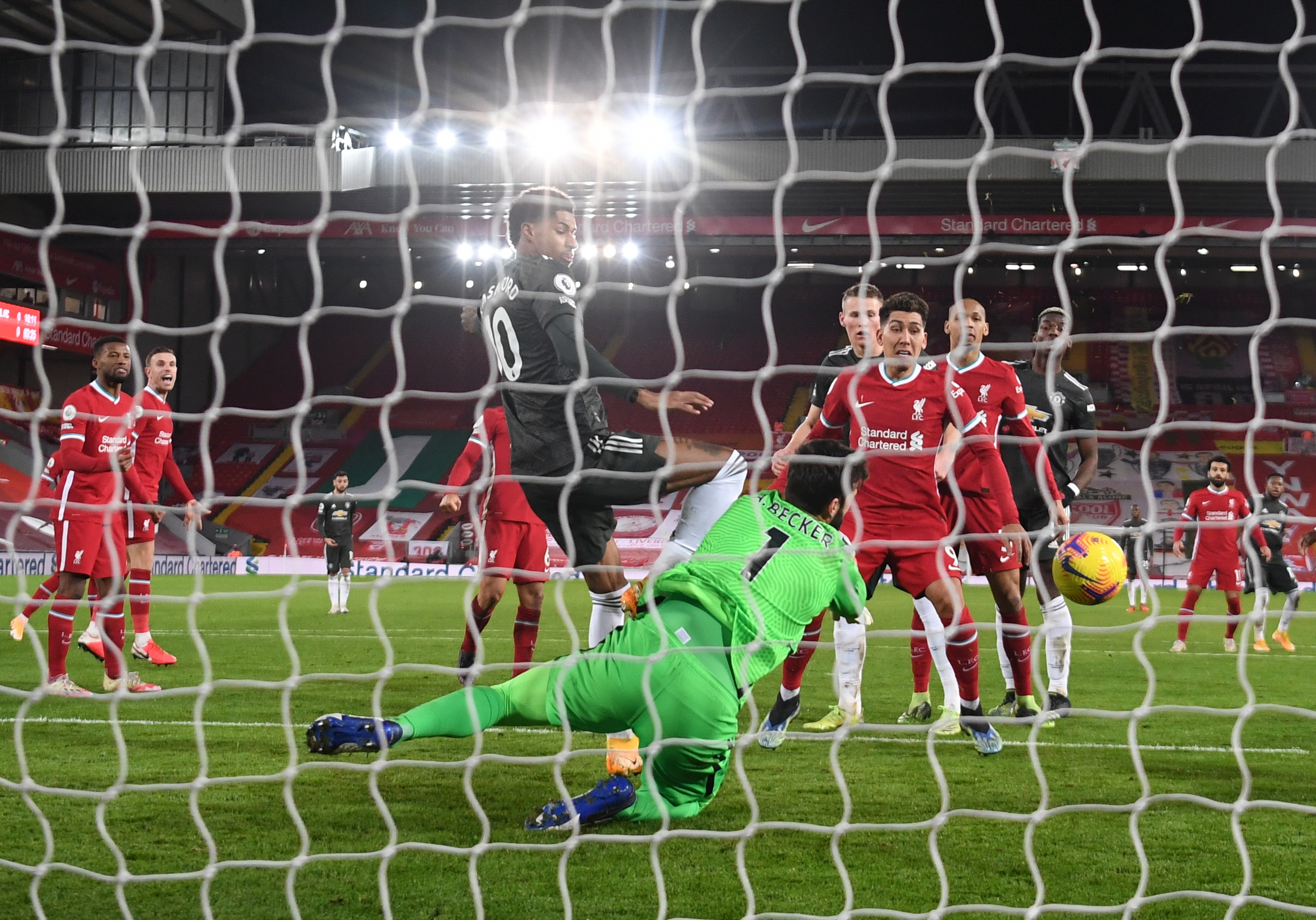 Liverpool now sit fourth in the table and could go as low as fifth if neighbours Everton win their game in hand.

Klopp now reckons the reigning champions have a fight on their hands just to reach the top four this season.

All eyes have been focused on the Reds' defence – due to injuries to their only senior centre-backs Virgil van Dijk, Joe Gomez and Joel Matip.

However, the real problem hasn't been conceding goals, but SCORING them.

Liverpool have long been known as a free-scoring side, particularly since the days of Brendan Rodgers and now Klopp.

Their fearsome trio of Mohamed Salah, Sadio Mane and Roberto Firmino are now in unchartered territory.

The once rampant Reds haven't scored in three games – something that hasn't happened for 16 YEARS.

But, there is a GOOD omen in there for Klopp and Co… 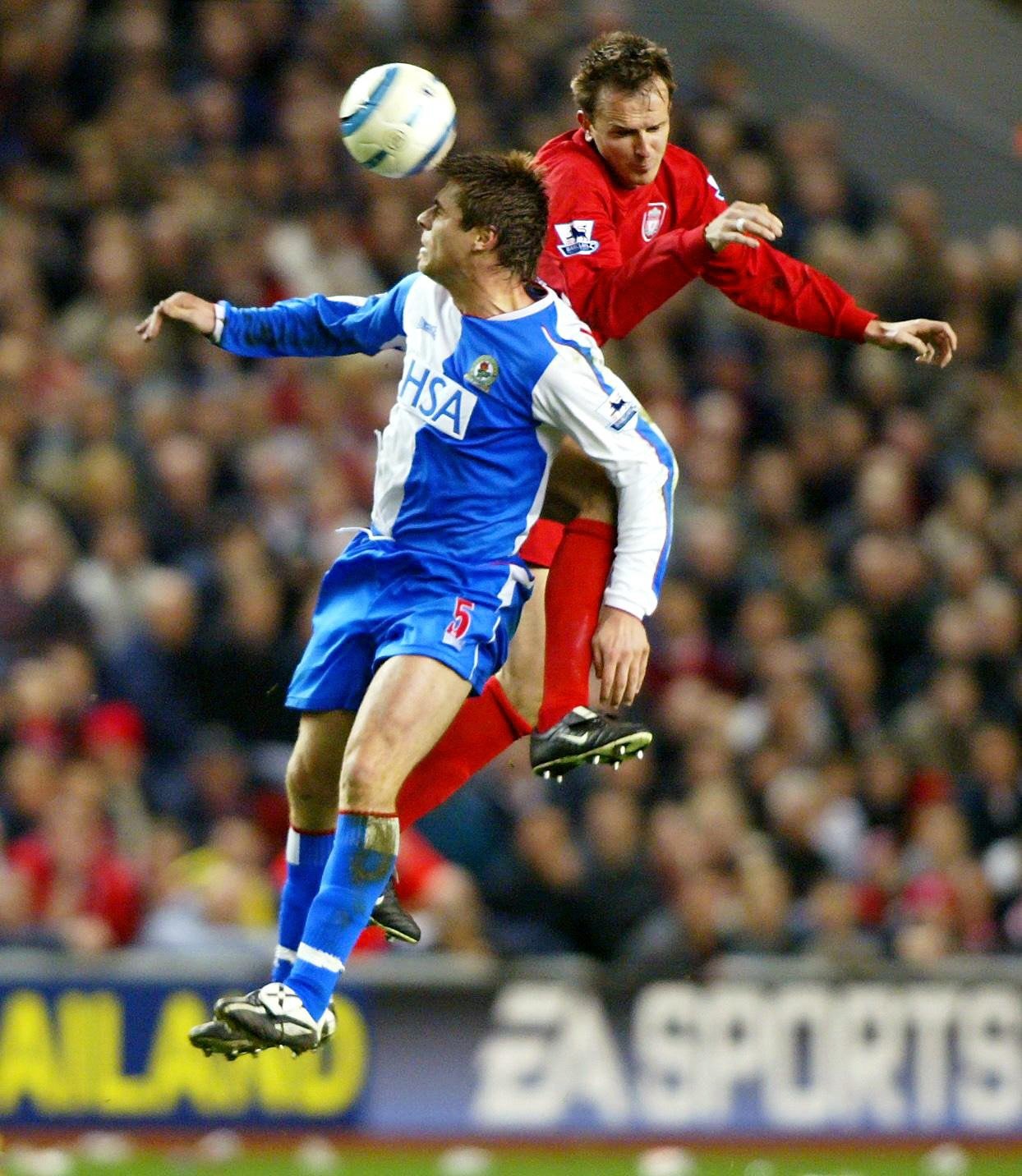 The last time Liverpool failed to score in three consecutive matches, they would go on to win the Champions League just two months later.

In the 2004-05 season, under Rafa Benitez, the Reds lost 2-0 to Birmingham and 1-0 to Newcastle before slipping to a 0-0 draw with Blackburn during a horror spell spanning February and March.

Many of the heroes from 2005's 'Miracle of Istanbul' – when Liverpool came from 3-0 down to win the Champions League on penalties against AC Milan – were on show for the last of their three-game barren run.

Heroic goalkeeper Jerzy Dudek started between the sticks, with Jamie Carragher and Steven Finnan also in the team against Rovers.

Steven Gerrard, Luis Garcia, Dietmar Hamann and Vladimir Smicer all played against Blackburn at Anfield in the goalless draw AND the Champions League final. 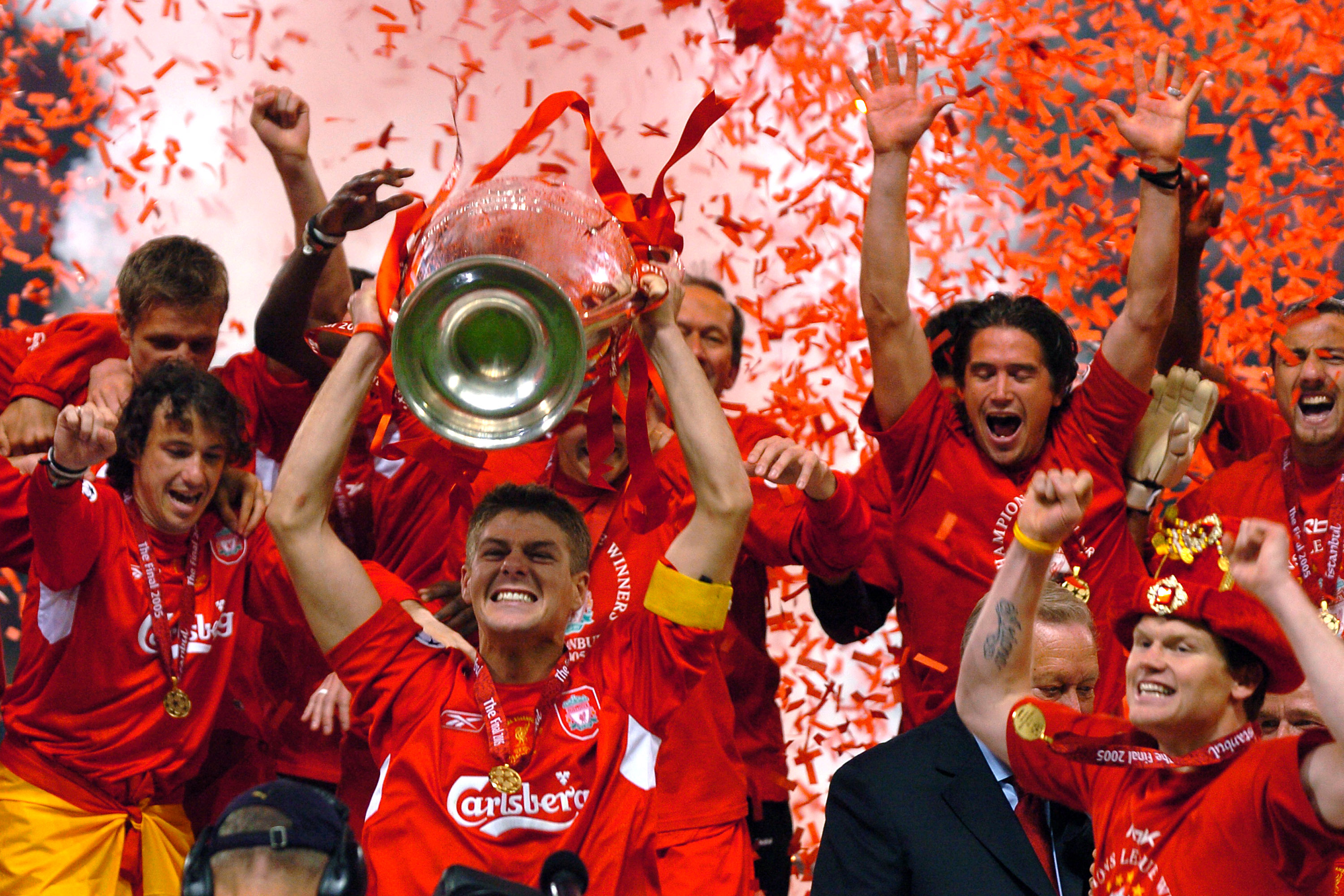 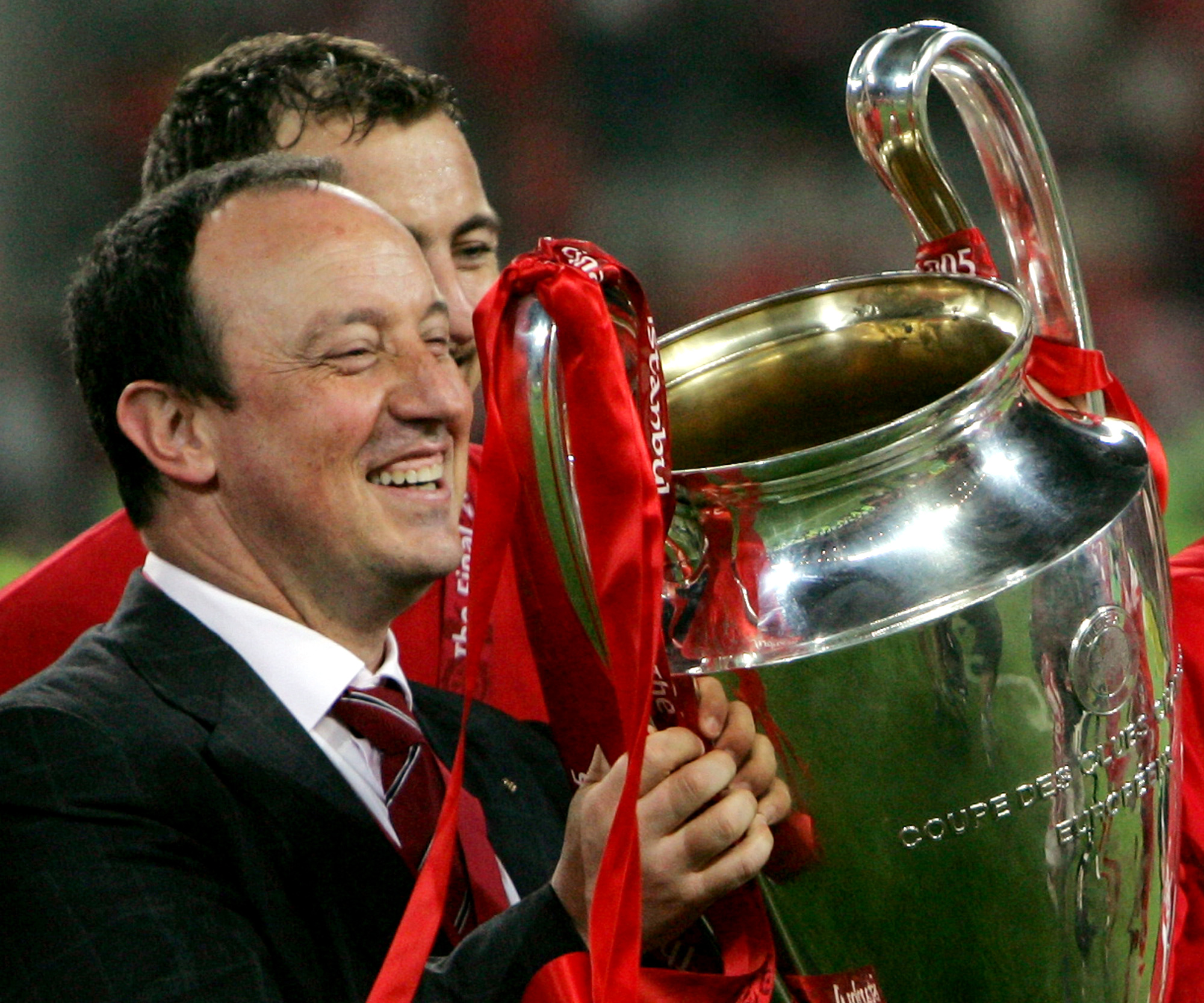 For the Anfield stalemate, Mauricio Pellegrino and Stephen Warnock also started in defence, while Fernando Morientes joined Baros up front.

While the Reds would go on to win Europe's top competition that year, it was a terrible season domestically.

Liverpool would finish fifth – OUTSIDE of the Champions League qualification places – below rivals Everton.

However, the Reds were invited to play in the 2005-06 tournament after being given special dispensation from Uefa having won the competition in Istanbul.