Jeff Stelling leads tributes to legendary darts commentator John Gwynne, who has died at the age of 77 following a battle with cancer… as PDC chiefs mourn a ‘sad time for all who knew him’

Jeff Stelling has led tributes to legendary darts commentator John Gwynne, who has died at the age of 77 following a battle with cancer.

Gwynne, an iconic voice in the sport, covered 20 PDC World Championships before retiring in 2013.

Inducted into the PDC Hall of Fame in 2014, Gwynne also worked on Soccer Saturday on Sky Sports appearing alongside Stelling, and commentated on other sports such as rugby league, cricket and speedway.

PDC chief executive Matt Porter described Gwynne as ‘a respected and popular figure in darts and across sports media’ and said it was a ‘sad time for all who knew him’.

‘As part of the original Sky Sports commentary team alongside Sid Waddell and Dave Lanning, John’s distinctive voice was part of the soundtrack to the PDC’s formative years and they formed an iconic trio,’ Porter told Sky Sports.

‘John was hugely passionate about the sport of darts and made a great contribution at all levels during his career. We send our condolences and sympathies to John’s family and friends.’ 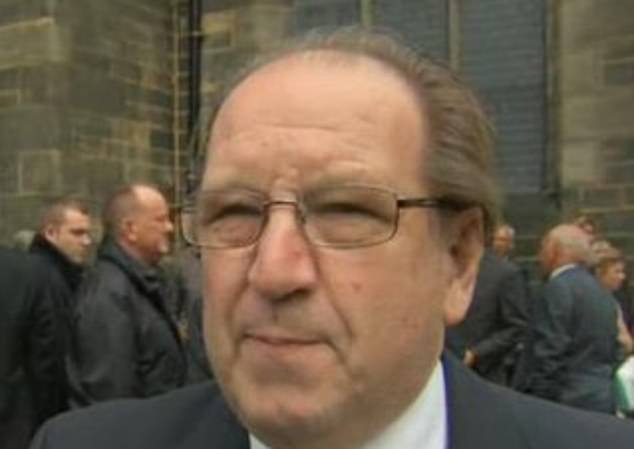 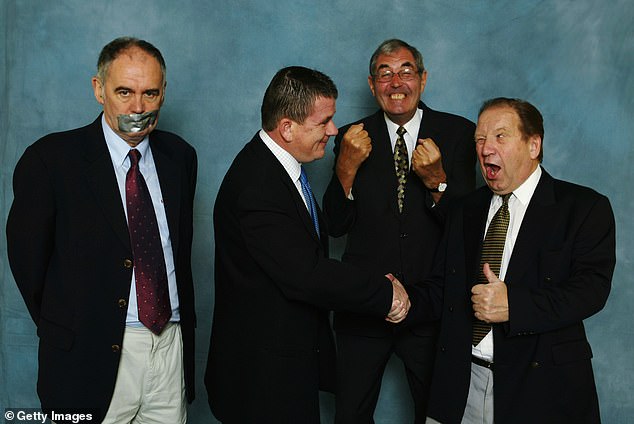 Gwynne (right) was a revered figure within sport, covering darts as well as cricket and rugby league

Stelling was among the other high-profile figures to pay tribute to Gwynne. ‘One of the greatest broadcasting voices has been silenced with the passing of my wonderful friend and colleague John Gwynne,’ Stelling tweeted.

‘Whether at the Etihad or Spotland, he made every game special with his gravitas, humour and passion. Soccer Saturday will never be the quite the same.’

Darts legend Bobby George said: ‘RIP John Gwynne. A very sad day. We had some laughs mate. Deepest sympathy go out to your family and friends.’

James Wade, a player who is currently on the PDC circuit, added: ‘Very sad news this morning to hear the passing of John Gwynne such a gentleman. Sending all our thoughts to his family and friends. Love James and [wife] Sammi.’

It is not just darts players who have been reacting to the sad news. ‘So sad at the passing of John Gwynne, who was a giant of a voice on TV as a I grew up, and a genuinely lovely man,’ said former cricketer Graeme Swann.

‘An encyclopaedic knowledge of all sports and a true love for cricket. The world is a far worse off place without him. RIP Gwynnie.’

Gwynne’s son Andrew is the Labour MP for Denton & Reddish and confirmed his father’s passing on social media.

‘It is with deep sadness that I have to post that my beautiful father passed away this morning at 8.05 am. His 18 month-long battle with cancer is now finally over,’ he said.

‘He died peacefully in his long sleep, and without any pain or suffering, and surrounded by the love of his son and daughter-in-law at our home in St Anne’s Road, Denton.

‘I’d like to thank Tameside Hospital, The Christie, Willow Wood Hospice, the Macmillan Nurses and the Tameside District Nurses for their loving care and support for my dad and our family on this final journey.

‘But I also cannot thank Allison ever enough for the way she so beautifully and patiently cared for him at our home for the past two and a bit months. We now ask for your prayers and comfort while we mourn our deep loss. Thank you.’