WRESTLING star La Parka has died aged 54 after a horrific fall during a match.

The AAA ace was injured during a match at Kaoz Lucha Libre’s 64 Anniversary Arena Coliseum event in Monterrey, Mexico. 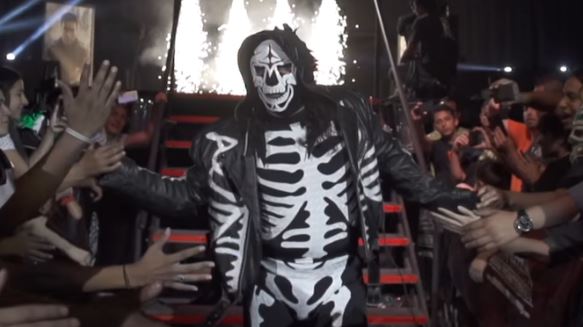 It is understood he had tried to leap out of the ring in a suicide dive move, but his feet got caught on the ropes.

That caused him to fall onto the outside mat and knock him unconscious before being taken away on a stretcher to hospital.

He suffered a neck and cervical fracture and was unable to talk or move any of his body following the shocking accident.

La Parka eventually got some feeling bad and was able to communicate after the October 2019 fall, before his recent passing.

According to his company AAA, the high-flyer – real name was Jesus Alfonso Escoboza Huerta – died of lung and kidney failure.

It is thought he was moved out of hospital around a month ago, and was being cared for at home by family and nurses at home.

WWE legend Hurricane Helms paid tribute on Twitter by saying: "Yes, and it’s terrible news, but it needs to be said that this isn’t the “WCW” La Parka that I knew.

"It was a different guy. Still tragic for his family and friends."

And Tommy Dreamer added: "I had the opportunity to wrestle La Parka in Mexico City.

"Very sad news in professional wrestling. Prayers for strength for his family."