PARIS SAINT-GERMAIN forward Kylian Mbappe showed off his scintillating speed with a devastating counter-attacking goal against Lyon on Sunday evening.

The 22-year-old sprung clear from inside his own half before sweeping the ball home to score the French champions' fourth goal of the game. 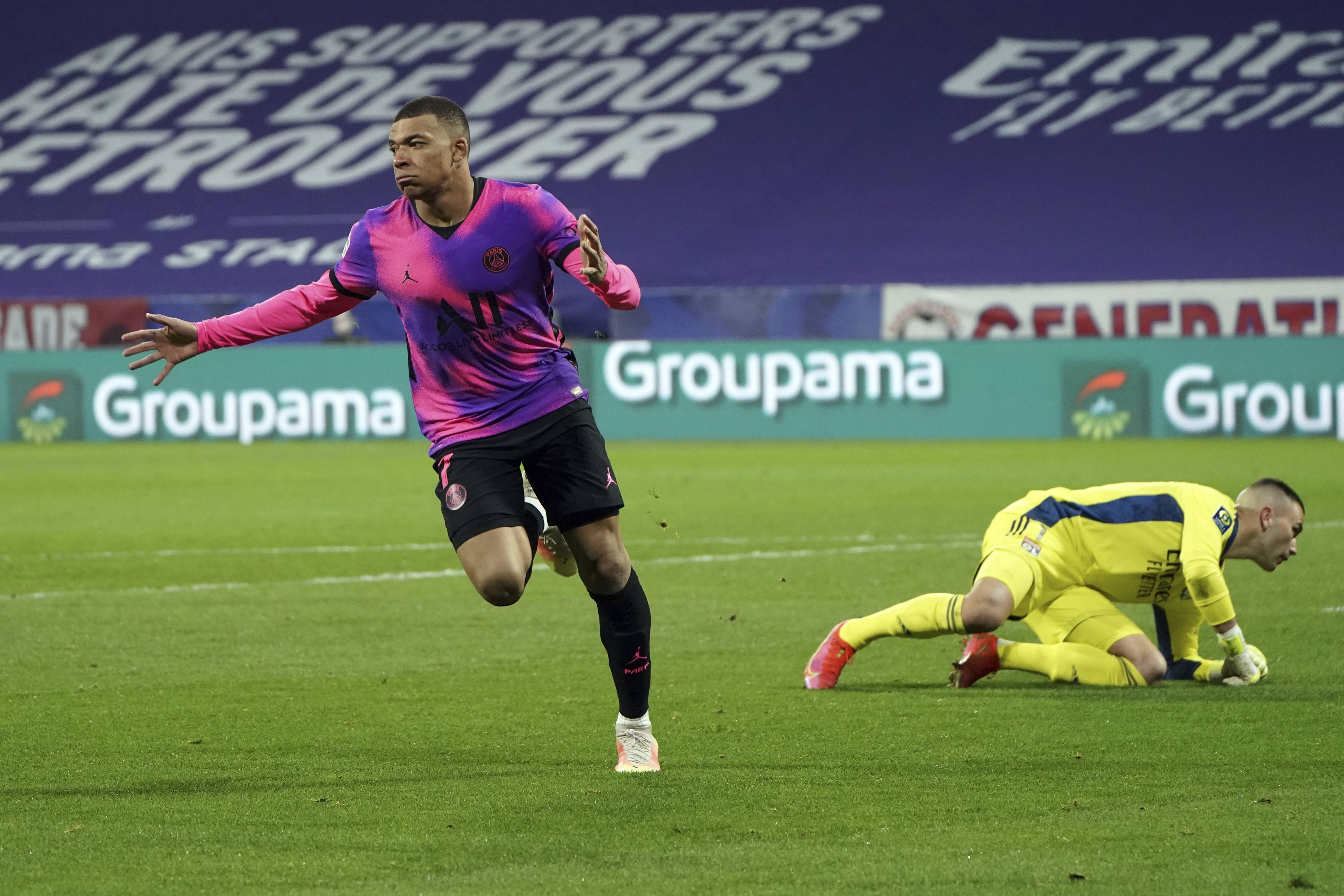 The strike was the 100th Ligue 1 goal of Mbappe's career as he continues to prove himself as one of the very best in the world.

He had already netted earlier on in the match when he pounced on a rebound to turn home from close range.

Lyon fought back late on with goals from Islam Slimani and Maxwel Cornet, but they proved to be merely consolations.

One social media user reacting to BT Sport's post of Mbappe's rapid second goal said: "We should break the bank to sign him @mancity."

Another added: "Bro it’s too easy for him."

And a third said: "What a ball. Generally that long ball over the top to mbappe running from deep and moving from out wide to central is cash money."

Mbappe has reached 100 league goals in just 142 games across his spells at Monaco and PSG.

PSG face their toughest challenge in several years to win the title for a fourth successive time.

Their win did take them back to the top of the table following Lille's defeat at home to Nimes.

But PSG and Lille remain locked together on 63 points, making the match between the two after the international break the biggest of the campaign.