AN EXCITED bride-to-be showed of her stunning wedding dress online, but instantly got flooded with sleazy messages from men.

Kay, a mum-of-three from the US, knew her future husband wouldn't see the gown before the big day as he doesn't have Twitter, but her snap unexpectedly went viral. 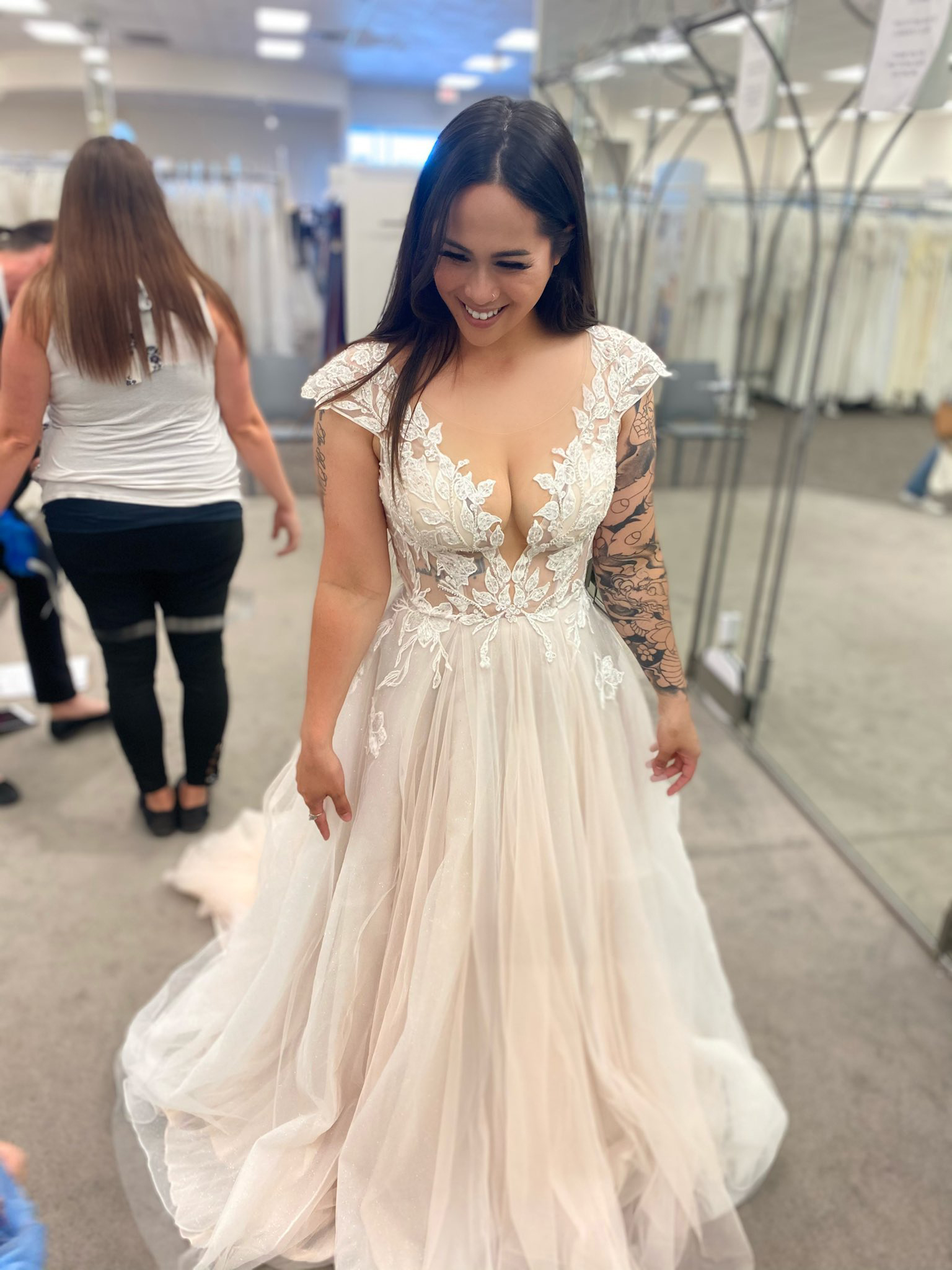 The 25-year-old was all smiles as she stood in the bridal store donning her white gown with a plunging neckline and beautiful lace detailing.

She proudly showed off the design online which racked up over 700k likes.

"My man doesn't have Twitter so everyone look at my wedding dress," she wrote alongside the photo.

But in a series of Tweets, Kay later revealed how far her photo had traveled and that one stranger even tried sending it to her man on Facebook.

"They tried to send him a picture [of my wedding dress]. My fiancé blocked him and didn't open the message, thank god," Kay said.

But later joked: "I didn't know it was going to go viral. Worst case scenario, he sees it and it's not a surprise. I still get to marry him. That's what matters."

She also said her DMs were flooded with flirty messages from men after they'd seen the picture of her on Twitter.

"Men really saw a viral tweet of me in a wedding dress and thought that was the perfect opportunity to slide into my DMs. They really have the audacity," she wrote.

Kay then shared a screenshot of her inbox which was full of messages from strangers. 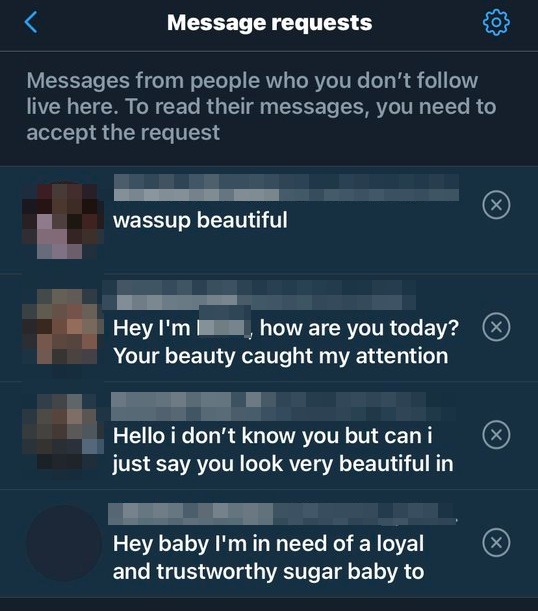 Some said: "Wassup beautiful", "your beauty caught my attention" and "Hey baby I'm in need of a loyal and trustworthy sugar baby."

Dozens of strangers responded to the photo attempting to chat her up, with one asking: "Wow. Are you single?"

It wasn't all bad though as many defended the future bride saying the sleazy comments are "ridiculous".

One person wrote: "This is ridiculous, trying to flirt with a woman in a wedding dress. Makes you ashamed to be a man."

Others, however, complimented the bride on her beautiful dress with many describing it as "gorgeous", "beautiful" and "stunning.

Meanwhile, a model shames sleazy blokes by sharing their pervy DMs including sex requests and demands for nude pics.

Plus a proud traveller who's marrying her cousin – shows off her dress which has 80,000 rhinestones, 22 fox skins and it GLOWS in the dark.

In other wedding news, this woman got revenge on her cheating ex by marrying his mistress' boyfriend.