Paceman Kyle Jamieson took 5-69 as New Zealand overcame some stiff Pakistan resistance to dismiss the tourists for 297 on day one of the second and final Test in Christchurch.

The Black Caps – already 1-0 up in the series and needing only a draw to rise to the top of the world rankings for the first time – won the toss and elected to field on what looked like a Hagley Oval track tailor-made for their attack.

Pakistan had shown great fight at the end of their 101-run defeat in the first Test, however, and started out as they had finished at Mount Maunganui with some batting of real intent on a day largely uninterrupted by the Christchurch rain. 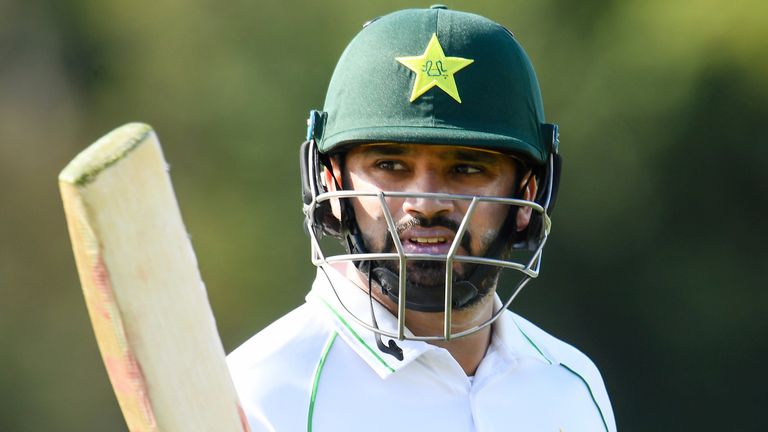 Azhar Ali led the way with a superb innings of 93 but there were also cameos from Mohammad Rizwan (61) – who is again standing in as skipper for the injured Babar Azam – and Faheem Ashraf (48).

Left-arm spinner Zafar Gohar extended the tail with a 62-ball 34 in his first Test innings until he top-edged a short delivery from Tim Southee (2-61) just after New Zealand took the second new ball.

Trent Boult (2-82) rattled off the last two wickets in short order to bring up stumps – Shaheen Afridi out for four and Naseem Shah making 12 – giving New Zealand’s openers the night to rest up before going out to bat.

Given the swing and seam in the pitch, New Zealand’s attack would have hoped to have got the job done more quickly and it looked like they would when Jamieson ripped through the Pakistan top order to reduce the tourists to 83-4. 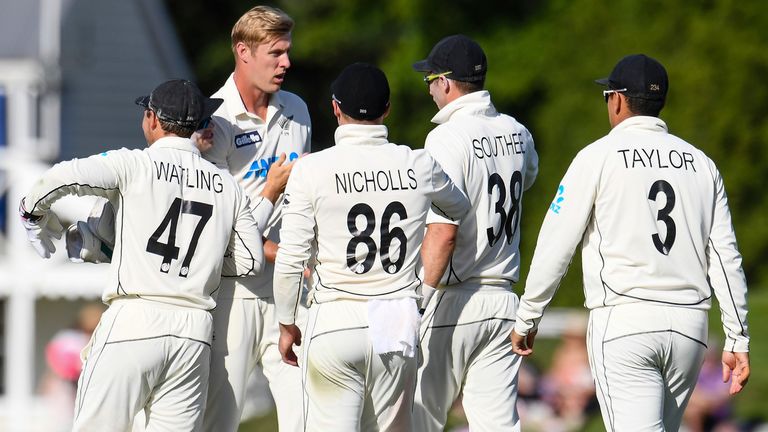 Bowling with venom and bounce, the 26-year-old sent back Abid Ali (25), Haris Sohail (1) and Fawad Alam (2) in three overs as Pakistan slipped from 66-1 – Fawad out to an unplayable short delivery that he could only fend away from his helmet with his glove.

Southee had removed Shan Masood (0) in the third over of the morning, trapping the opener lbw with a pinpoint yorker that would have gone on to clatter middle stump.

Azhar and Rizwan stalled the New Zealand attack with a fifth-wicket partnership of 88, during which Rizwan secured his fifth consecutive Test half-century before edging a Jamieson delivery behind.

Seamer Matt Henry (1-68), brought in to replace the injured Neil Wagner, finally winkled out Azhar in the final session before Faheem departed to give Jamieson his third five-wicket haul in six Tests.