THE second the gates open at Jackdaws Castle you know you’re in for a treat.

The days of Synchronised, Don’t Push It and Albertas Run may be behind Jonjo O’Neill. 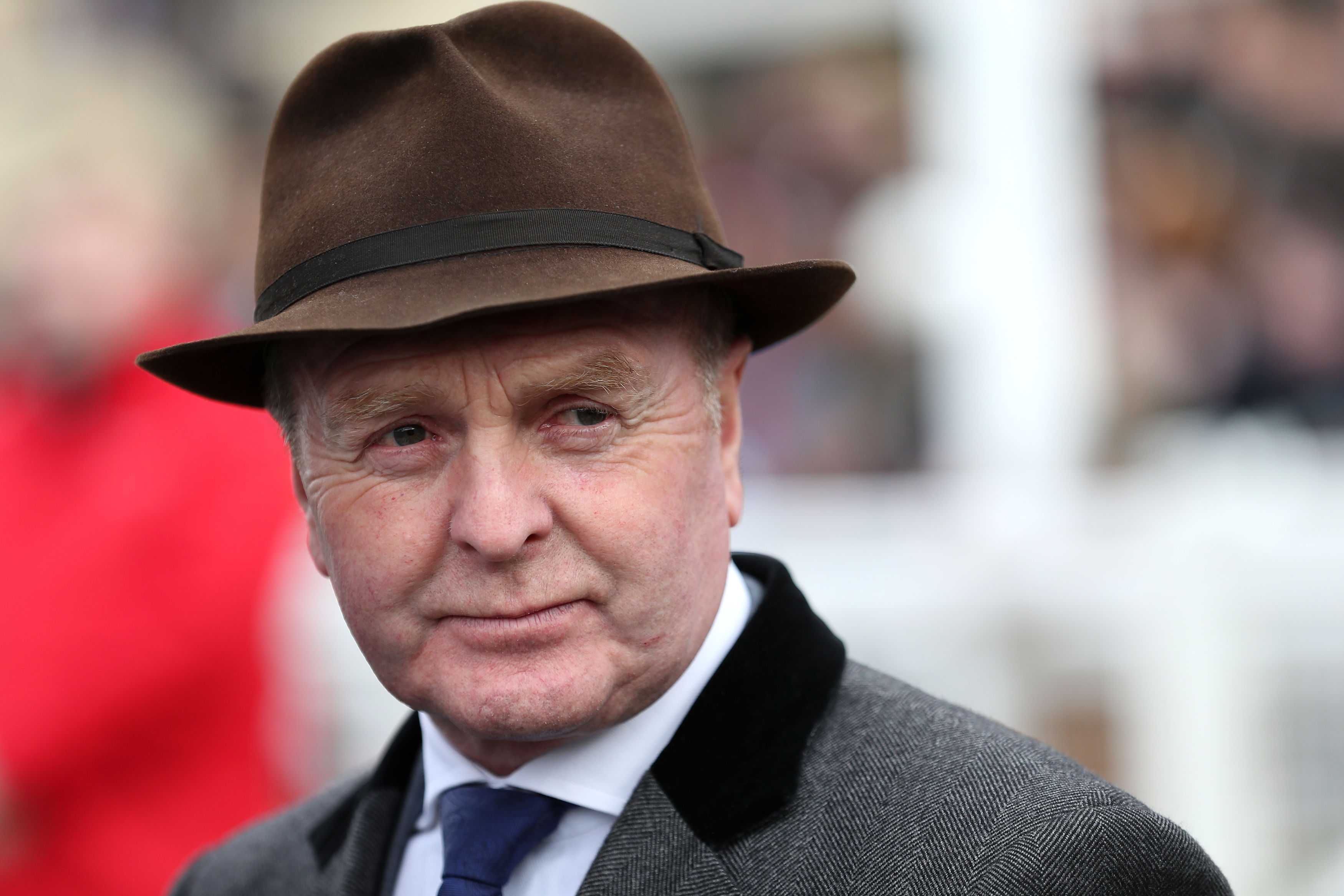 But a serious team of youngsters could be set to take the 68-year-old back into the big time.

A battalion of over 100 horses enjoy the luxury treatment of the 500 acre complex tucked away in the Cotswold countryside.

And with swimming pools, heated boxes, massage treatments and private gallops, Jackdaws resembles more of a spa than a training yard.

But does that fire still burn bright in O’Neill?

“Oh god yeah! The enthusiasm is as strong as ever,” he replies.

“We’ve just had no superstars the last couple of seasons.

“That’s the way this game goes though, you don’t realise what a good horse does for the yard until you’re missing one.

“We’ve got some nice young horses that have come through the last season or so and those Saturday horses are what it’s all about.

“We’ve got lots of different owners, syndicates all the way through to individuals and that’s how the sport is changing.

“We’ll be onwards and upwards again, that’s the way it goes.”

O’Neill knows what it takes to bring through a good one, as well as ride one.

Not many train a Gold Cup winner, and even less steer one home too. Add a Grand National winner in Don’t Push It to the mix and the CV is as impressive as it gets.

Young, exciting horses might be the buzz around Jackdaws, but it’s not just the equine whipper-snappers getting in on the act.

Sons Jonjo Jr and AJ are also flying the flag. AJ is assistant trainer, while Jonjo Jr is Champion Conditional and a jockey in demand.

O’Neill Sr said: “They’re both mad keen for it and they keep us all on our toes.

“If Jonjo can steer clear of injuries I know he’ll do well. He’s riding brilliantly.

“It’s great to have them involved and it just adds to the excitement. And we also have the help of former jockeys Alan Berry and Johnny Kavanagh who know a thing or two!”

"He was a nice horse last year for us in the bumpers. If he jumps well out on the track he’ll make up into a real nice one.

"He’s shown us the right signs at home but bumpers and jumping can be two completely different things. He’s ready to go now and he’s done a lot schooling with Yogi Breisner."

"He’s been a bit frustrating you might say. He’s a nice little horse but it just hasn’t gone right for him yet. He’s schooled well and he’ll go novice chasing now.

"He’s only rated 131 at the moment but we think he can be better than that. He’s jumped well and enjoyed it so far, and he’s a good looking horse.

"We’ve always liked him but he needs to prove it now. Synchronised was in a similar situation to him when he started out though and I think it’ll work out in the end. He's in his box now!"

"She’s been a great mare for us and has probably found her limits now. She was put in her place at Cheltenham after doing brilliantly through the handicap.

"She likes some cut in the ground and is very, very honest, she just falls short of that top-class. But we’ll win races with her and she’s a grand honest mare. She’s been a cracker for us and given us all some great times."

"He’s been schooling well. He’s another of the young horses we’re excited about and could still be anything.

He disappointed once last year, but came back from that and he’s stronger now. We’re looking forward to going chasing with him.

"Once the ground comes he’ll be out in the next few weeks. There’s a race up at Carlisle we could run him in."

"He’s been great to keep winning with, but he’s only a tiny horse and he’s got a very silly mark for what he’s done now through the summer.

"They make it impossible for him to compete through the winter and they’ll need to think about his again!"

"There's no secrets with him anymore, but he still loves it!

"We’ll try him in a few handicaps again, but he could well end up going hunter chasing again."

"We’ll keep him hurdling for now, he’s threatened to be a nice horse for a while. He’ll go chasing at some point.

"We think he’s on a nice enough mark for now though so we’ll go down that route to start with. He’s only a five-year-old."

"We’ll hopefully win a race or two and get him high enough in the weights for Aintree."

"He’s got a few novice hurdle entries and he could be out soon. He showed a bit last year and had a couple of problems afterwards. He’ll hopefully make into a nice handicapper this year."

"We always knew he’d be a three-mile chaser down the line. He’s still a bit weak, but is still a maiden over hurdles so there’s no rush to go over fences.

"He’s got some growing to do but he ran well at Newbury behind The Big Breakaway. He needs some more experience under his belt but he’s one to be excited about."

"He hasn’t run for us yet but we like him. He was big, weak and a bit backwards last year so we left him alone.

"Hopefully that’ll pay off for us this year when he starts out of novice hurdles.

"He does a lot of swimming as he’s a very spooky horse. He’s going grand though, he goes nicely for us here and hopefully will be out in the next month."

"He’s very injury prone to be honest but he’s a proper one when we can get him right. We’ll get him chasing again this season.

"He won a good race at the November meeting two years back and then we got him back to run a good second at Kempton last year.

"He’s definitely got the ability, we just need to get him straight. He could be the star, but he won’t be if we can’t get him fit. "

"He won well at Bangor, we’re not sure what we beat but he won easily. Time will tell on the race but he did it all very sweetly. He’ll go novice hurdling now I’d say."

"Trevor kept two with us and we like this one. He ran well at Warwick in a good race on his debut.

"We think he could win a bumper, so we’ll try and do that and then go novice hurdling with him. He’s from a good family and is likeable at home."

"He’s a grand three-mile chaser. The handicapper probably has him right but he’s consistent, always jumps well and there are races to be won as always when it works out.

"He won nicely at Newbury last year and tracks like that could be key to him."

"He likes a bit of good ground but has been winning of late and he’s blossomed since we stepped him up in trip."

"We bought him back at the sales. Martin Tedham now owns him. We have a few ideas with him, he’s a good horse to have.

"We wanted to aim him at the National a couple of years back but we realised he didn’t stay so we’ll target a few pots with him.

"He jumps left quite a lot which can be annoying and he always travels well but sometimes doesn’t find what you want."