The Boomers named their side for the away clash against Qatar in Doha on September 14 [AEST], the first of two qualifiers in the September window and the first games since the team's brawl with the Philippines in early July. 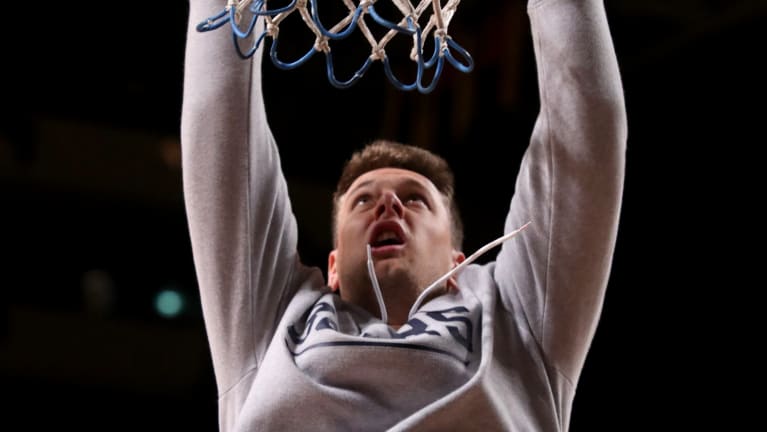 Usually the team is named for both qualifiers but suspended star Chris Goulding is expected to come back into the side to face Kazakhstan in Bendigo on September 17 as the Melbourne United guard was contentiously suspended for the Qatar qualifier following the brawl.

Johnson has starred with Adelaide in recent seasons and claimed his third All-NBL first team place this past season, but he has been able to break into the NBL-based Boomers due to the form of Daniel Kickert and Nick Kay.

Kickert’s five-suspension following the brawl opens the door for his debut.

Boomers coach Andrej Lemanis has also brought centre Matt Hodgson, guards Mitch Norton and Todd Blanchfield and forward Jesse Wagstaff back into the side as suspensions and the absence of NBA players Matthew Dellavedova and Thon Maker opened up positions.

The NBA-based Australians will be in training camp with their clubs so are unavailable for selection.

Lemanis said Johnson had sat on the verge of selection for the past year and was deserving of his place.

“It’s great for both Todd and Daniel to have this opportunity,” Lemanis said.

“Todd knows the Boomers system and culture from the FIBA Asia Cup campaign and will slot straight back in to the group.

“Daniel had a tremendous NBL season and has been a member of the extended squad for every window – I’m pleased for him that he now comes in to the 12 and we all look forward to working with him.”

The Boomers carry over their points from the first round of qualifying and the top three teams in their group will go through to next year’s FIBA World Cup in China.

With the Boomers taking a 5-1 record into the second round, if they win these two games and the home qualifiers against Iran and Qatar in Melbourne on November 30 and December 3 they will be all but assured of a place at the World Cup. 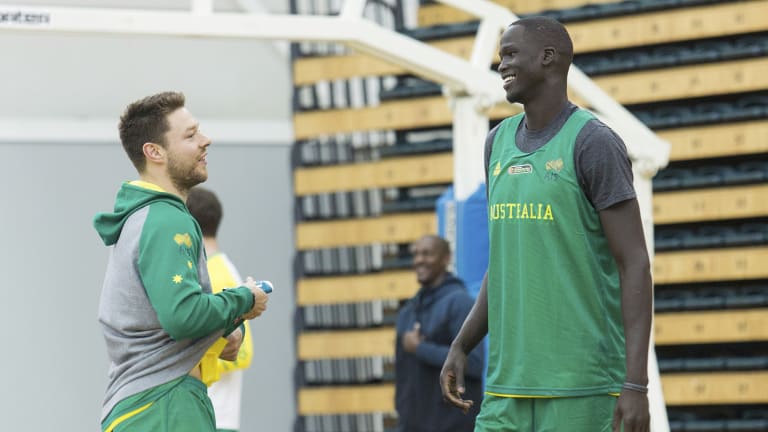 Absent: Dellavedova (left) and Maker are sitting out these qualifiers.

“These opponents have slightly different styles from what we experienced during the first round, they tend to have more of an inside focus and more power to their game,” Lemanis said.

“But we believe we are versatile, it’s one of our strengths, and we have the ability to get the game at a tempo that suits us rather than our opposition.”

The Boomers had named US high school-based guard Josh Green in their initial squad but he did not make the 12 for this game.

The Boomers play Qatar in Doha on September 14 at 1am AEST.