JAKE PAUL, Tommy Fury, and the other stars of Sunday's fight night in Ohio took to the streets for an open workout ahead of the showdown.

The United States city of Cleveland, the hometown of YouTuber-turned-boxer Paul, will host his fourth pro fight. 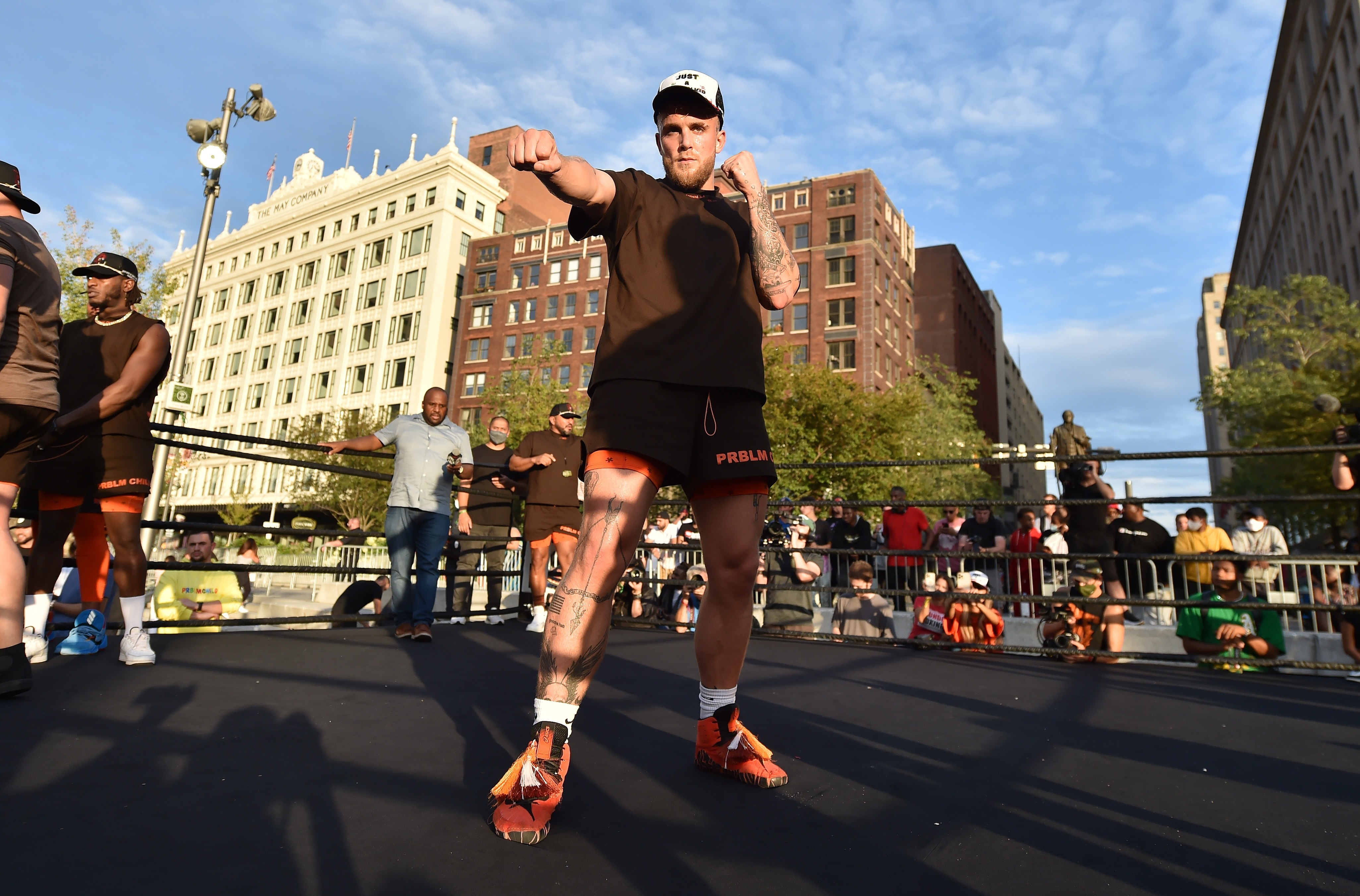 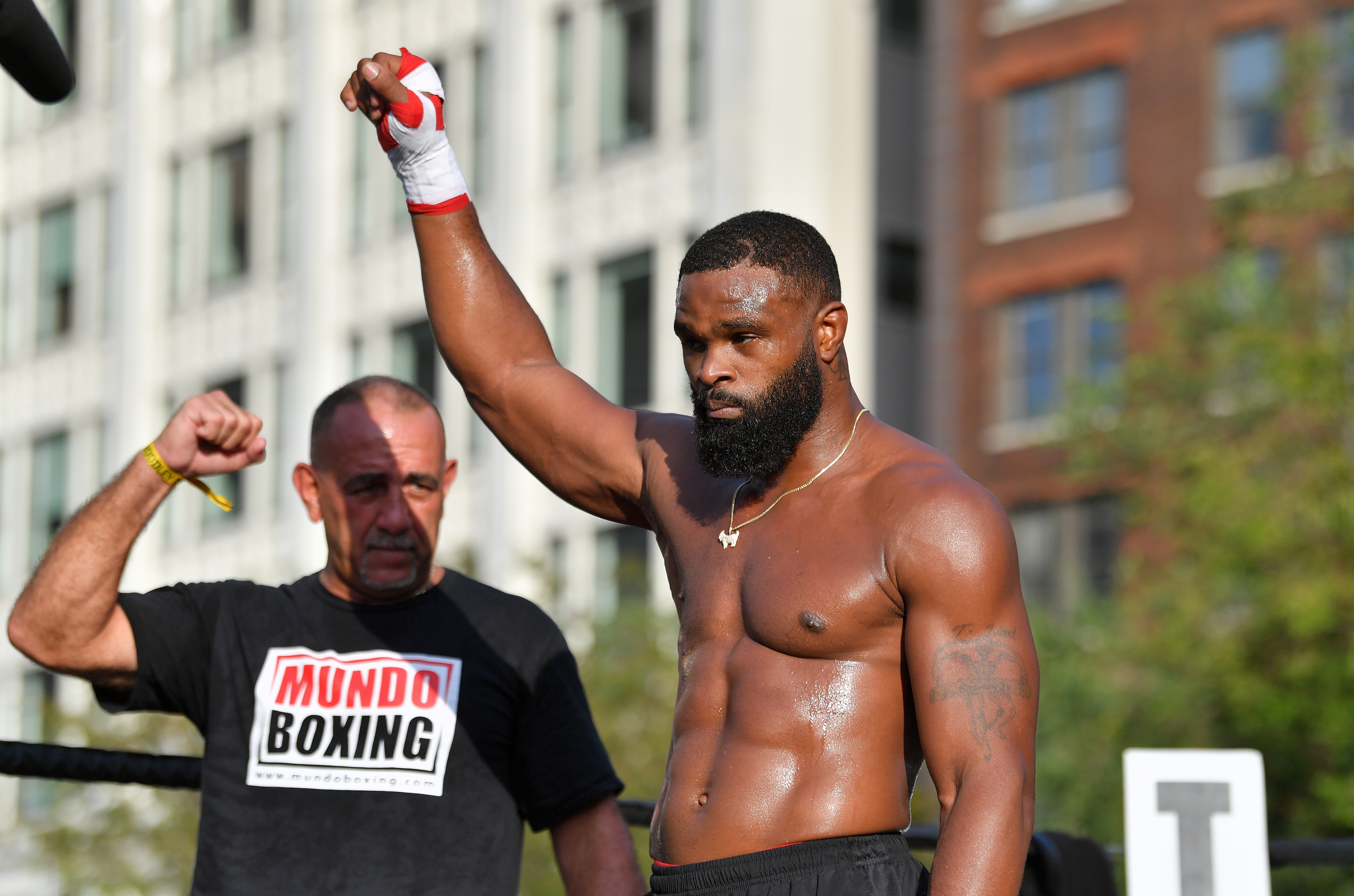 After a victory over Ben Askren last time out, the American now faces Tyron Woodley.

The former UFC champion, 39, comes into the bout off the back of four consecutive losses in MMA, having never taken part in a professional boxing contest.

During Wednesday's session, he raised one fist to the crowd before a workout on the pads.

Whoever loses Sunday's fight will have an 'I love' tattoo featuring the victor's name inked on their body.

And the veteran has insisted that he is not fighting Paul to take some punches, hit the canvas, and cash his cheque.

Woodley declared to Fight Hype: "I’m taking it serious. That’s what I think. 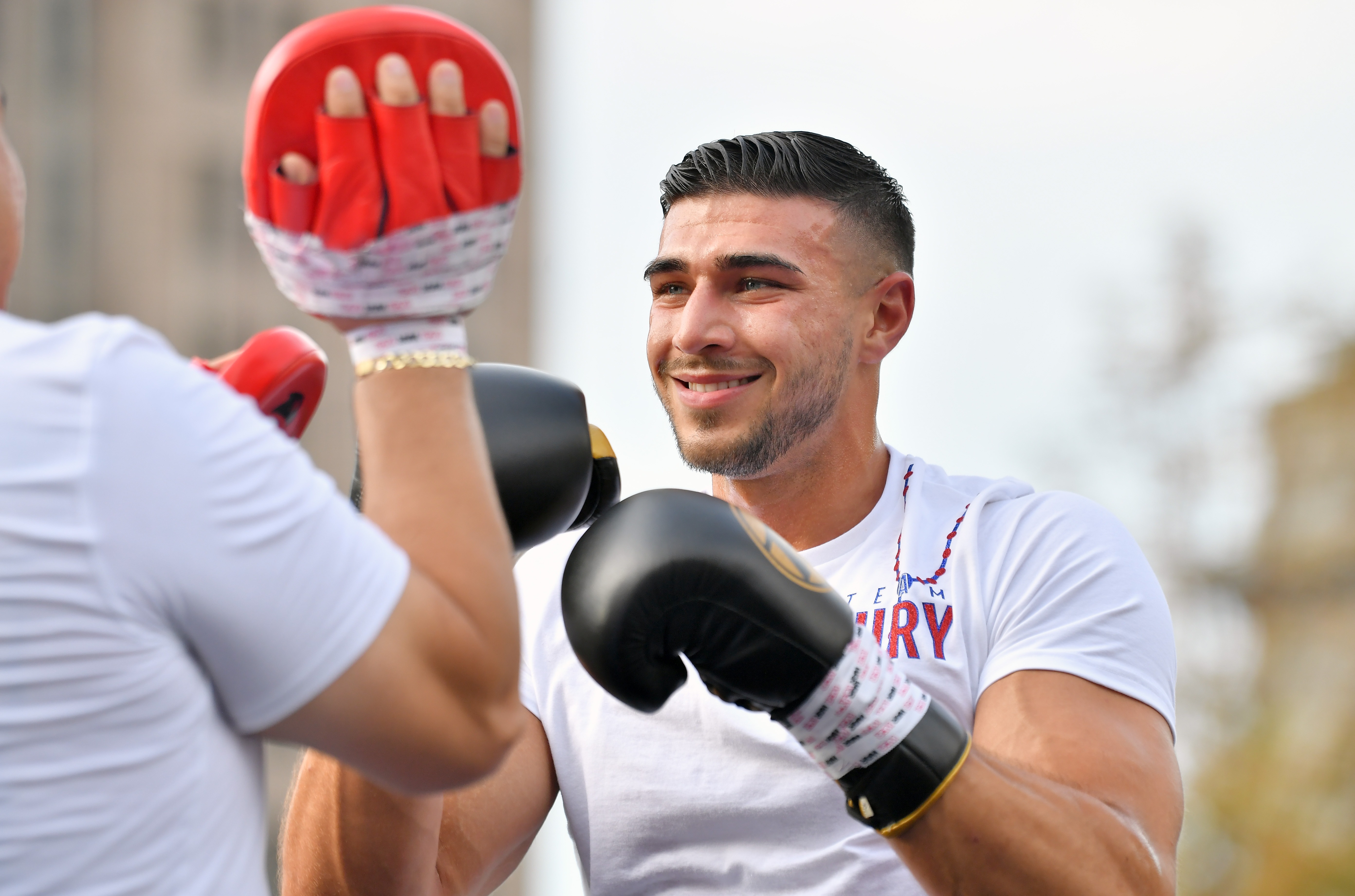 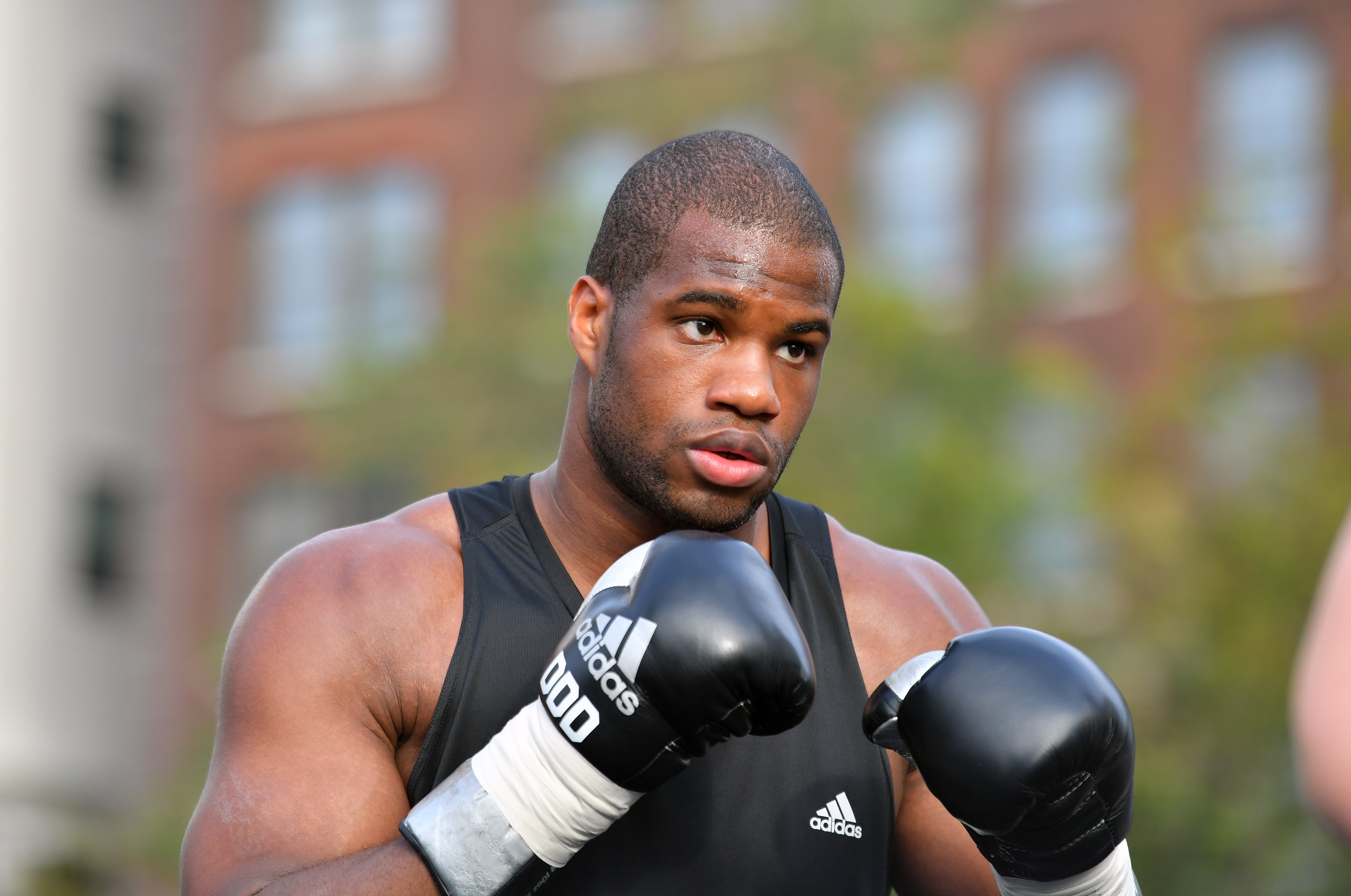 "I think the amount of people that know me and know better than to call me and ask me – am I throwing this fight for money, or is it a real fight, or is it an exhibition?

"I don’t understand why people think in 2021, somebody’s willing to let somebody pay them for a fight when I’ve been nothing but a competitor for 30 years.

"And it’s kind of offensive. So, to me, I’m like, ‘Alright. Let me show everybody what it’s all about'."

Paul will fight Woodley at 11pm local time, meaning a 4am start early on Monday morning for UK fans.

On the undercard are two young British fighters looking to make a mark on their US debuts.

Tommy Fury faces Anthony Taylor in a bid to earn his own fight against Paul.

And Daniel Dubois is up against Joe Cusumano as he continues his bounceback from last year's defeat to Joe Joyce.

The 23-year-old, like Fury, took part in the open workout and has discussed potential showdowns with Derek Chisora or Dillian Whyte if he wins on Sunday. 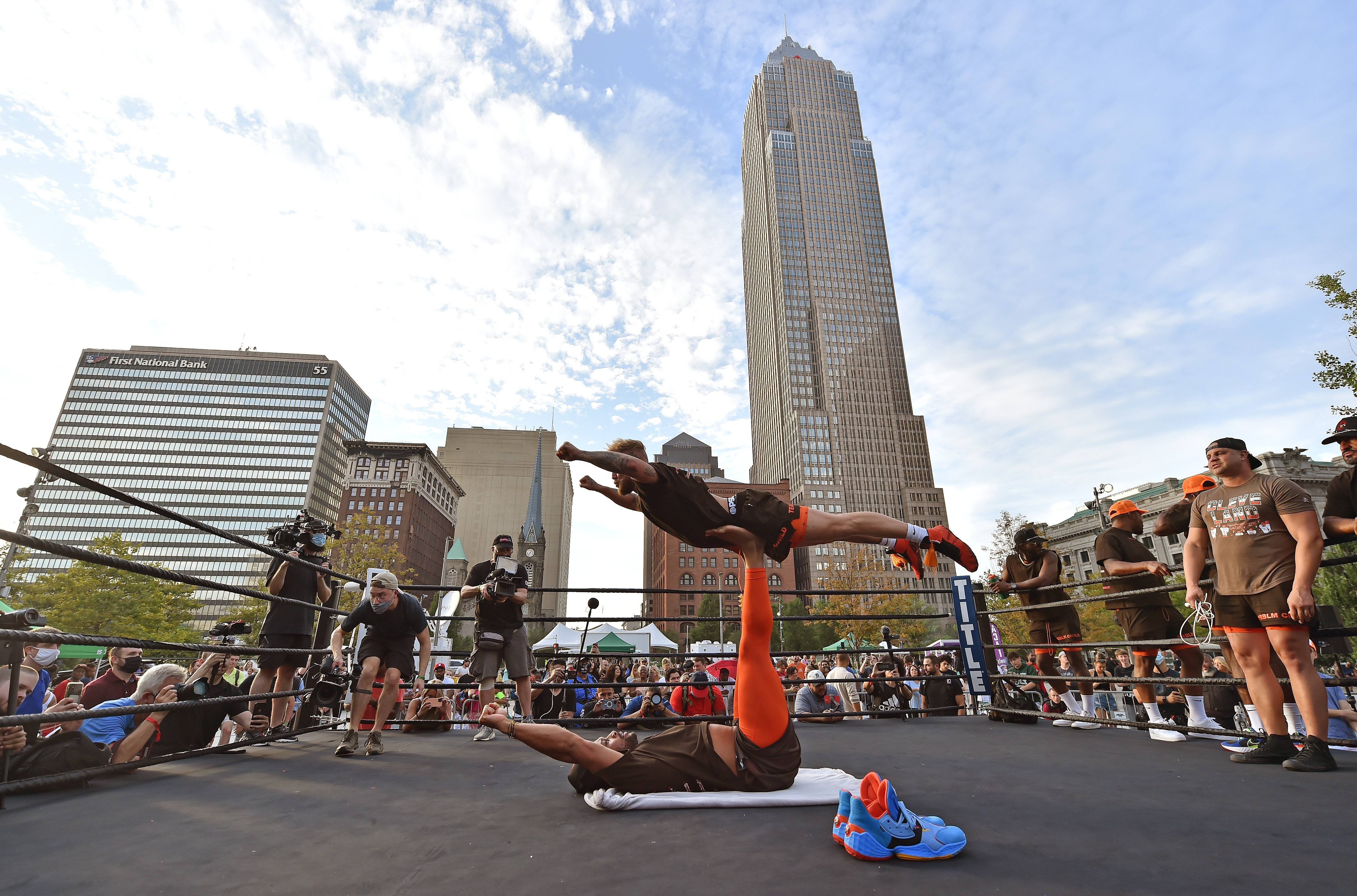 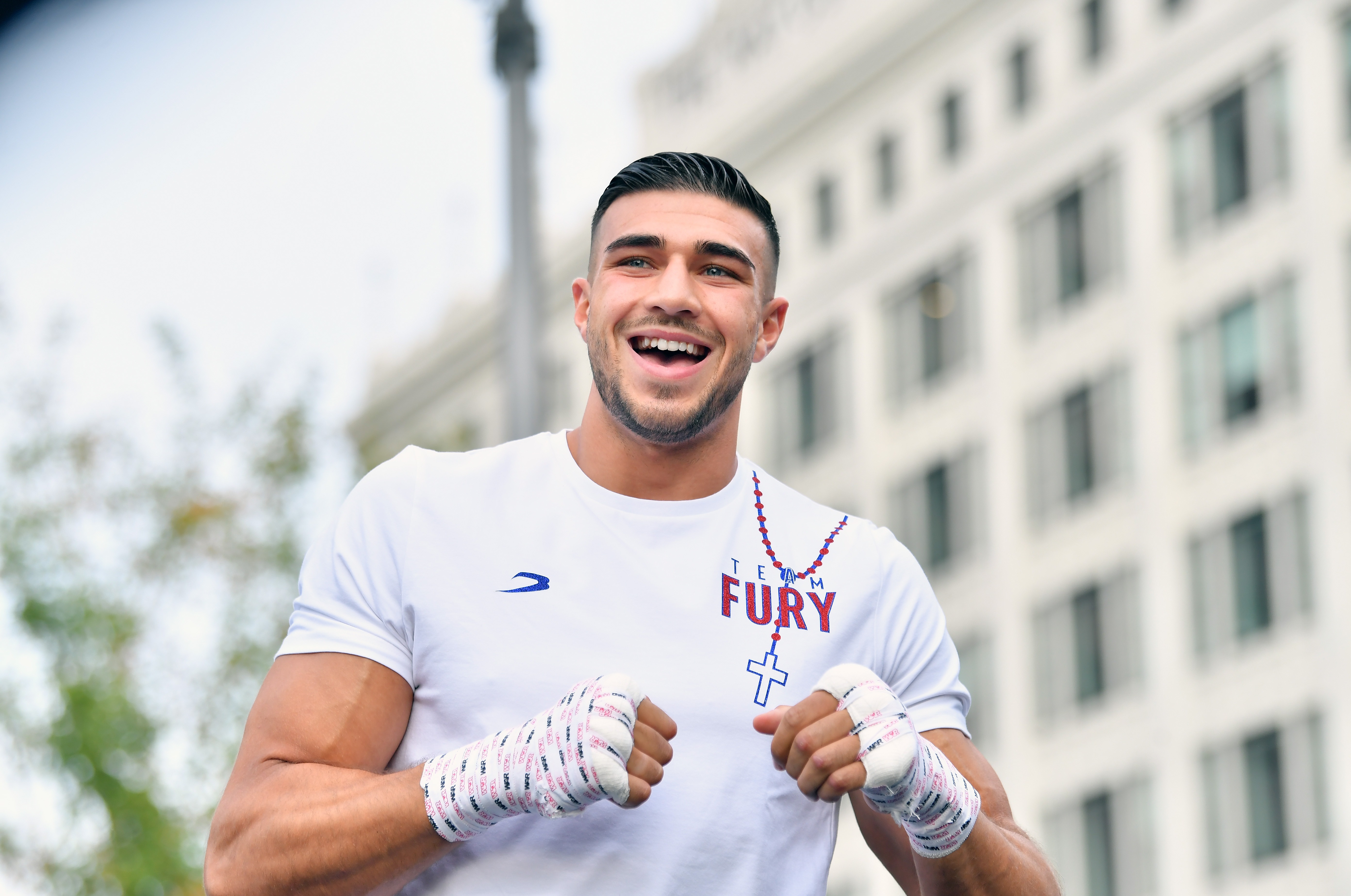 Dubois told SunSport: "It's all about getting into position to get into some real big fights, people will be talking about.

"I'm only 23, I'm still rebuilding, improving and learning more about myself.

"I'd like to fight a good, decent name. Derek Chisora, Dillian Whyte, all those guys out there. Maybe two more fights, and then a big fight."