JAKE PAUL dropped a sparring partner and broke his tooth in leaked footage ahead of the YouTuber's fight against Nate Robinson. 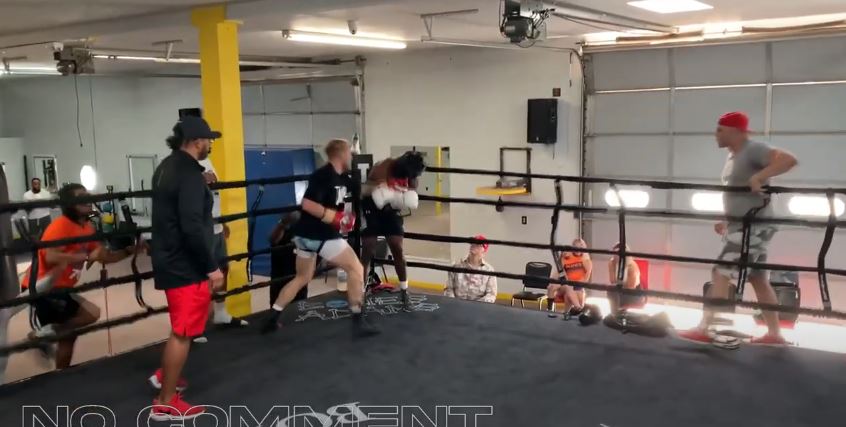 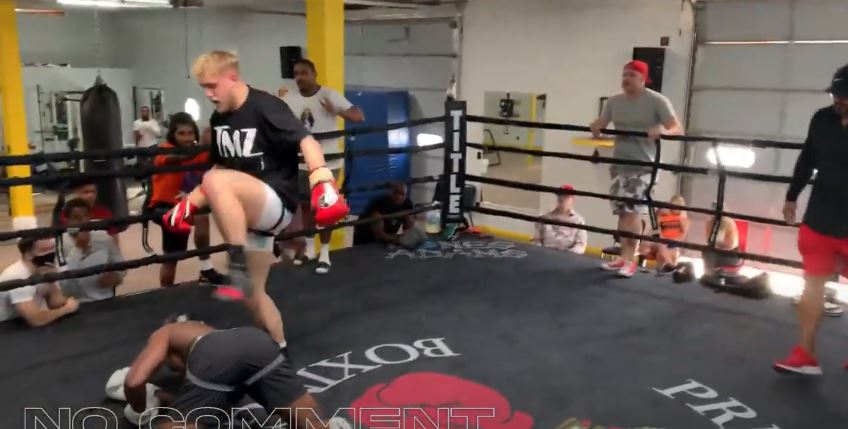 And Paul has been ramping up his preparations in the gym as sparring footage revealed him flooring an opponent.

The 23-year-old lands a right hand over the top and follows up with a left hook that wobbles his sparring partner.

And as he totters over to the other side of the ring, Paul lands another overhand right before swarming his sparring partner.

Paul then floors him, before stepping over his man.

He said: "It's different punching a person and a them punching a bag.

"He got me a couple of times and knocked my tooth out.

"I was like, 'Damn, this is a different sport. I respect boxers now." 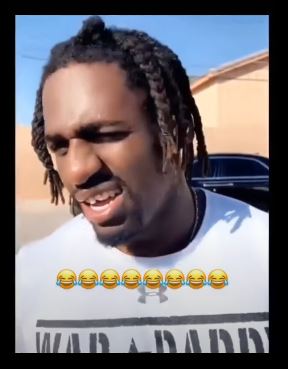 Paul won his pro boxing debut in January, dropping internet rival 'AnEsonGib' three times before winning in round one.

He wanted to face KSI, 27, who beat his brother Logan, 25, by split-decision last November.