Kate Middleton’s confidence ‘now shines in public’ but she still only ‘kicks off her heels and shows her playful side’ during private visits, reveals hospice deputy CEO

The Duchess of Cambridge’s confidence ‘now shines in public’ but she still only ‘kicks off her heels and shows her playful side’ during private visits, a charity organiser close to the royal has revealed.

Tracy Rennie is the deputy chief executive and director of care at East Anglia Children Hospices, which Kate, 38, has been patron of since 2012.

Speaking to the Mirror’s podcast Pod Save the Queen, she said she’s witnessed both the parental and playful side of Kate during the royal’s private visits to the charity, which helps children suffering from life-threatening conditions.

The duchess, who is mother to Prince George, seven, Princess Charlotte, five, and Prince Louis, two, has been seen plaiting a young girl’s hair, and ‘kicking off her heels and playing’ with another youngster on secrets tours of the organisation.

Tracy added that the royal’s confidence since her debut speech, which was at the charity’s Tree House Hospice, has grown and ‘now just shines publicly’. 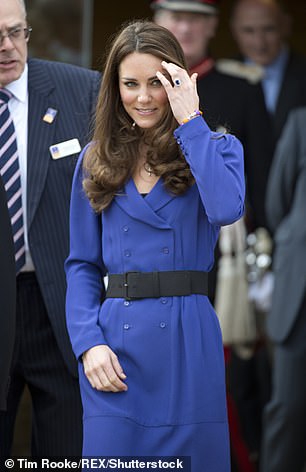 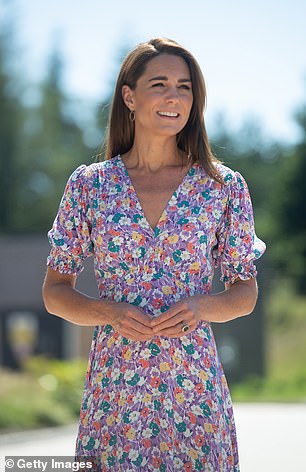 The Duchess of Cambridge’s confidence ‘now shines in public’ but she still only ‘kicks off her heels and shows her playful side’ during private visits, a charity organiser close to the royal has revealed. Pictured left to right: Kate at the charity’s Tree House Hospice in March 2012, and at its The Nook earlier this year

‘From my perspective, I’ve been one of the lucky few people that have met her on several occasions because of the nature of my role’, Tracy explained.

‘It’s been interesting because privately, she always came across extremely confident and caring, and she was able to talk to you really easily. You felt really comfortable with her.

‘But seeing her grow publicly, so thinking back to that first speech, in front of the world, it was just phenomenal. She did brilliantly.

‘Just recently she opened our Nook hospice, last November. The confidence publicly now just shines, but the private confidence and the way she is with people has been amazing since day one.’

Kate has raised awareness of EACH’s vital work through her public visits to their various programmes. 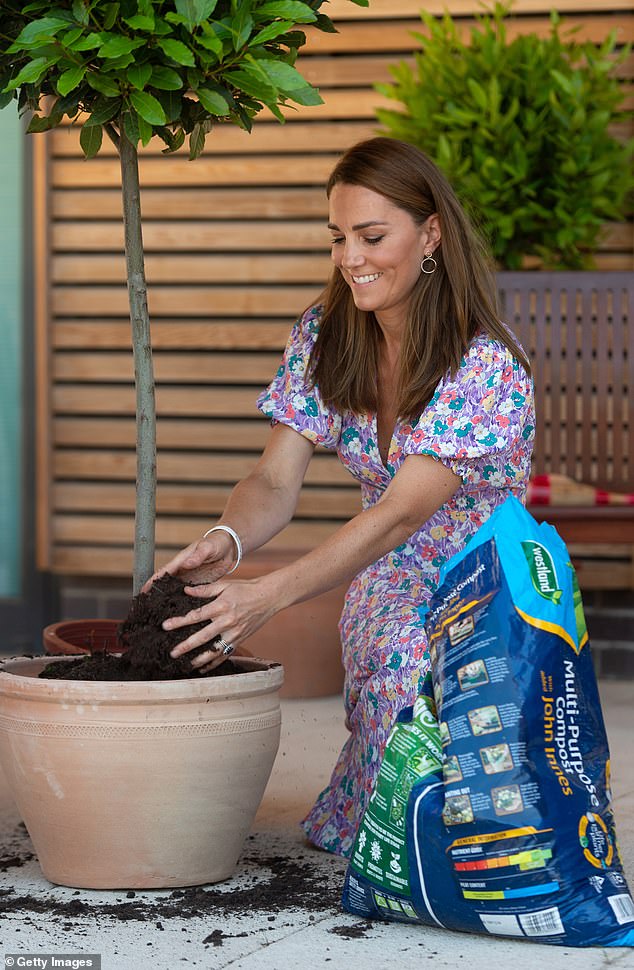 The Duchess of Cambridge, who is mother to Prince George, seven, Princess Charlotte, five, and Prince Louis, two, helps to pot plants and herbs during a visit to The Nook earlier this year

But the royal also enjoys many private tours to the charity’s buildings, when she can better experience the day-to-day running of the organisation without the crowds of well-wishers and photographers.

It’s during these visits that her more relaxed and ‘playful side’ is often spotted, according to Tracy, who said: ‘She’s not frightened to have a giggle, she’s prepared to have fun.’

The deputy CEO recalled one day in particular when a little girl spotted the duchess and decided she’d be fun to play with.

Tracy explained: ‘[The little girl] didn’t realise who she was, she just saw a lovely lady with long her – this little girl likes long hair – she ran across to her, grabbed her hand and took her into the sensory room and that was it.

The Duchess kicked off her heels and just went into the room and started playing. To me that was a really lovely thing that you’re not going to see in the public arena. That was really special.’ 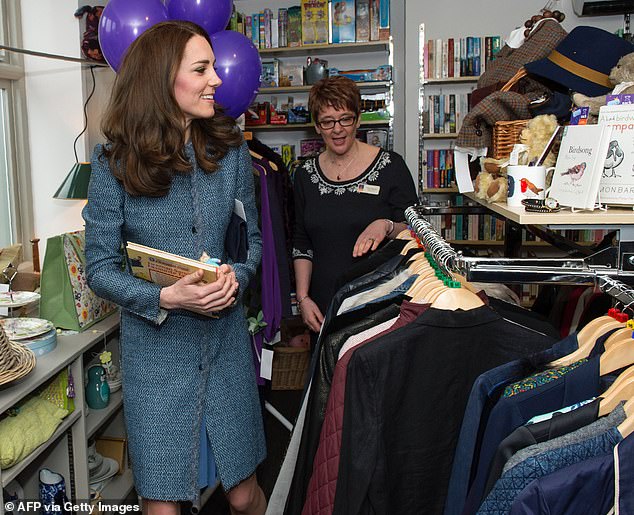 During another occasion, the royal was speaking with a different young girl and began plaiting her hair.

‘I think a bit of the mum in her came out. She’s not frightened to get on the floor and play with the toys,’ Tracy said. ‘We see the playful side to her and the mum side of her. You can see she really enjoys being with children.

‘What struck me is it wasn’t just the children who are fully able. The children with some really profound disabilities of communication, she was equally confident.’

Kate’s ability to remember those she meets also impressed Tracy, with the charity organiser recalling how the royal constantly recalled a chef she kept seeing at the different hospices.

The duchess first visited the charity in November 2011, just a few months after her wedding to Prince William, to discover more about their work. 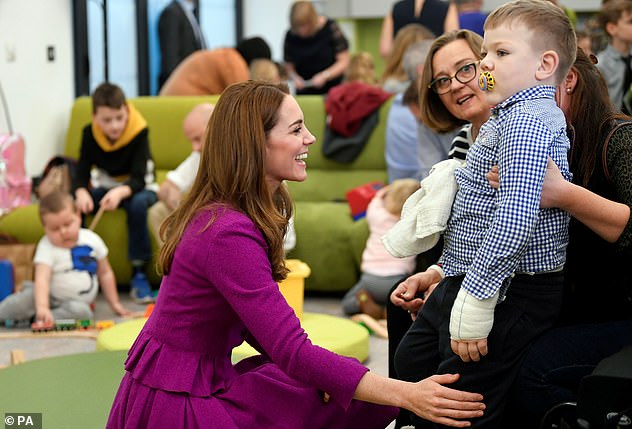 The Duchess has been patron of East Anglia’s Children’s Hospices since 2012 and has regularly visited the facility since (pictured, during a visit in November 2019)

The following day, the staff were completely astounded when they got a call to explain that Kate wanted to be their patron.

Tracy recalled: ‘I had a phone call when I was having my lunch from a colleague who works at St James Palace just to say that the Duchess of Cambridge would like to come and visit the hospice, and would that be possible.

‘After I had stopped choking on my lunch, I went “oh blimey, yes, that would be brilliant”. At that point it was really exciting.

‘That excitement has continued because right from those early contacts with her we’ve just had a really great experience of her being our royal patron for all sorts of different reasons. It’s exciting and it’s wonderful for the families as well.

‘She really recognises how hard people work, and the stresses and strains on emotions of volunteers working with the charity as well.’