ISRAEL'S Tokyo 2020 baseball team have issued an apology after a video was posted on social media of them destroying one of their 'cardboard beds'.

Team Israel shared a clip of them testing out the strength of the beds, which are claimed to have been designed to discourage athletes from having sex. 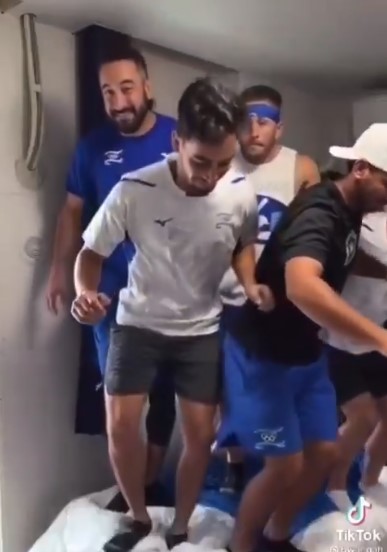 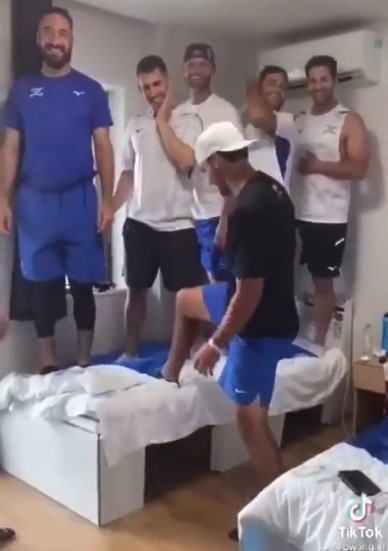 It was believed that the beds would collapse if any of the Olympians engaged in shenanigans, though this rumour has been dispelled.

Irish gymnast Rhys McClenaghan posted a video of him jumping on his bed which withstood the pressure.

But Team Israel went one step further after NINE members of their squad jumped on the bed in a now-deleted TikTok clip.

American-born star Ben Wanger shared the footage which showed one player jumping on the bed with more and more joining.

And their prank proved to be a hit and miss with fans who accused them of disrespecting their Tokyo hosts by destroying furniture that was assigned to them.

Wanger then took to TikTok to issue a grovelling apology, he said: "We meant no disrespect and just wanted to show off how effective and sturdy the beds are in the Olympic Village.

"We actually enjoy sleeping on these beds and think they are a great and sustainable option for future Olympics."

Israel team manager Peter Kurz then came out and condemned the video. 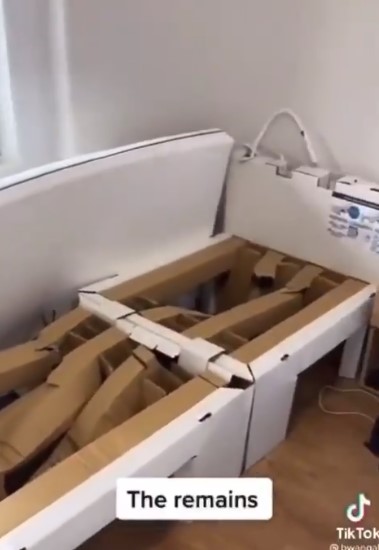 He remarked: "The players committed a childish prank.

"They apologised and expressed remorse over the mischievous act."

Despite the speculation over the strength of the beds, manufacturer Airweave claimed they can support around 440lbs of strength.

Israel suffered a 11-1 defeat against South Korea on Monday, though they still have a chance of reaching the semi-finals.

They will pit their wits against the Dominican Republic in the first repechage game on Tuesday.