MANCHESTER UNITED will qualify for a Champions League place if they draw their remaining two games.

But if they win their first one and lose the last, despite that resulting in MORE points, they could miss out. 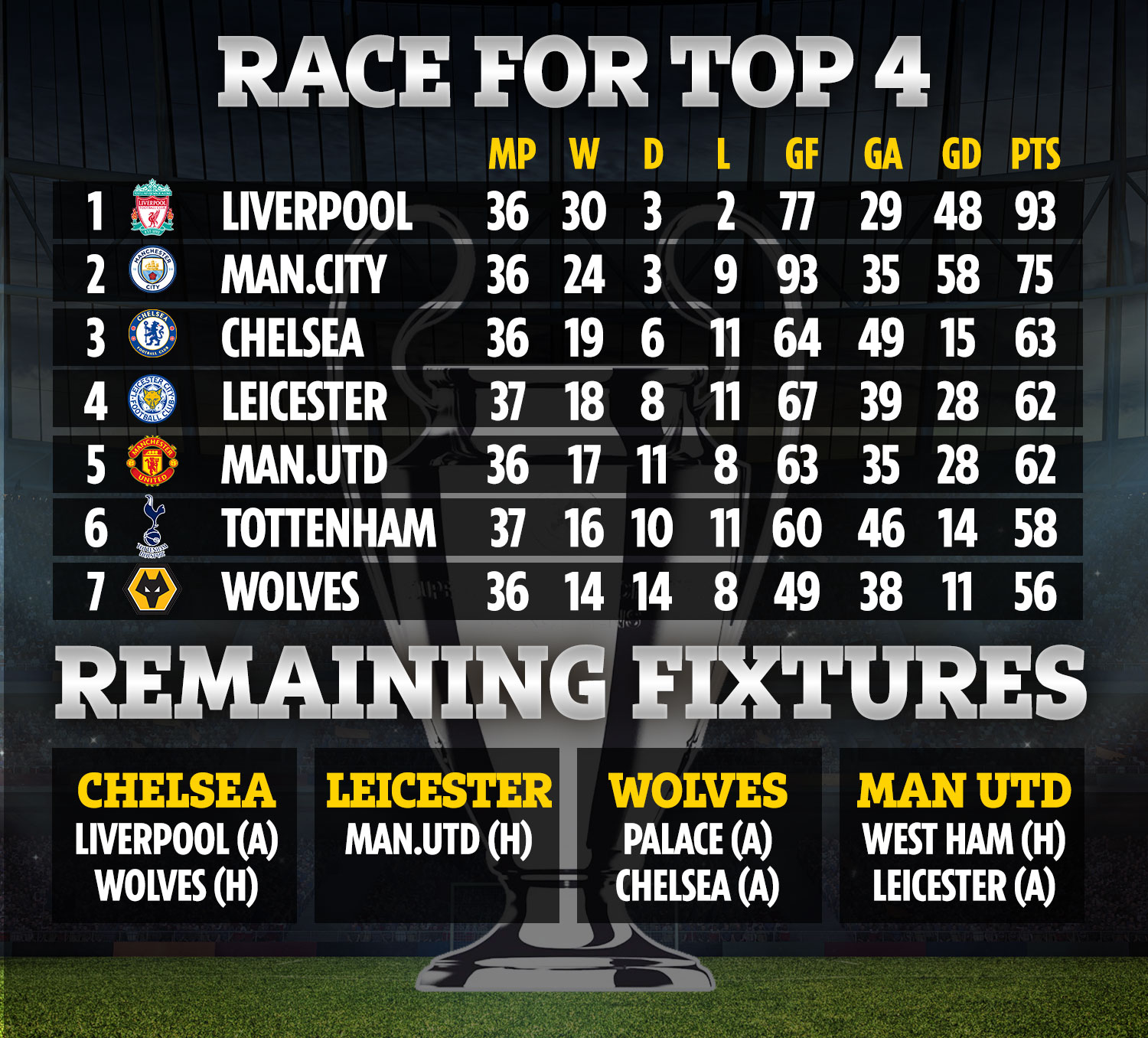 That's because United face Leicester in their final game of the season – the other team aiming to bag fourth spot.

United face West Ham next, hoping to bounce back from their miserable 3-1 defeat to Chelsea in the FA Cup semi-final.

Solskjaer's side are level points and on goal difference with the Foxes heading in to the final stretch.

So if United managed to LOSE to the Hammers, they would be going into the Leicester game with a WORSE goal difference, meaning only a victory would do. 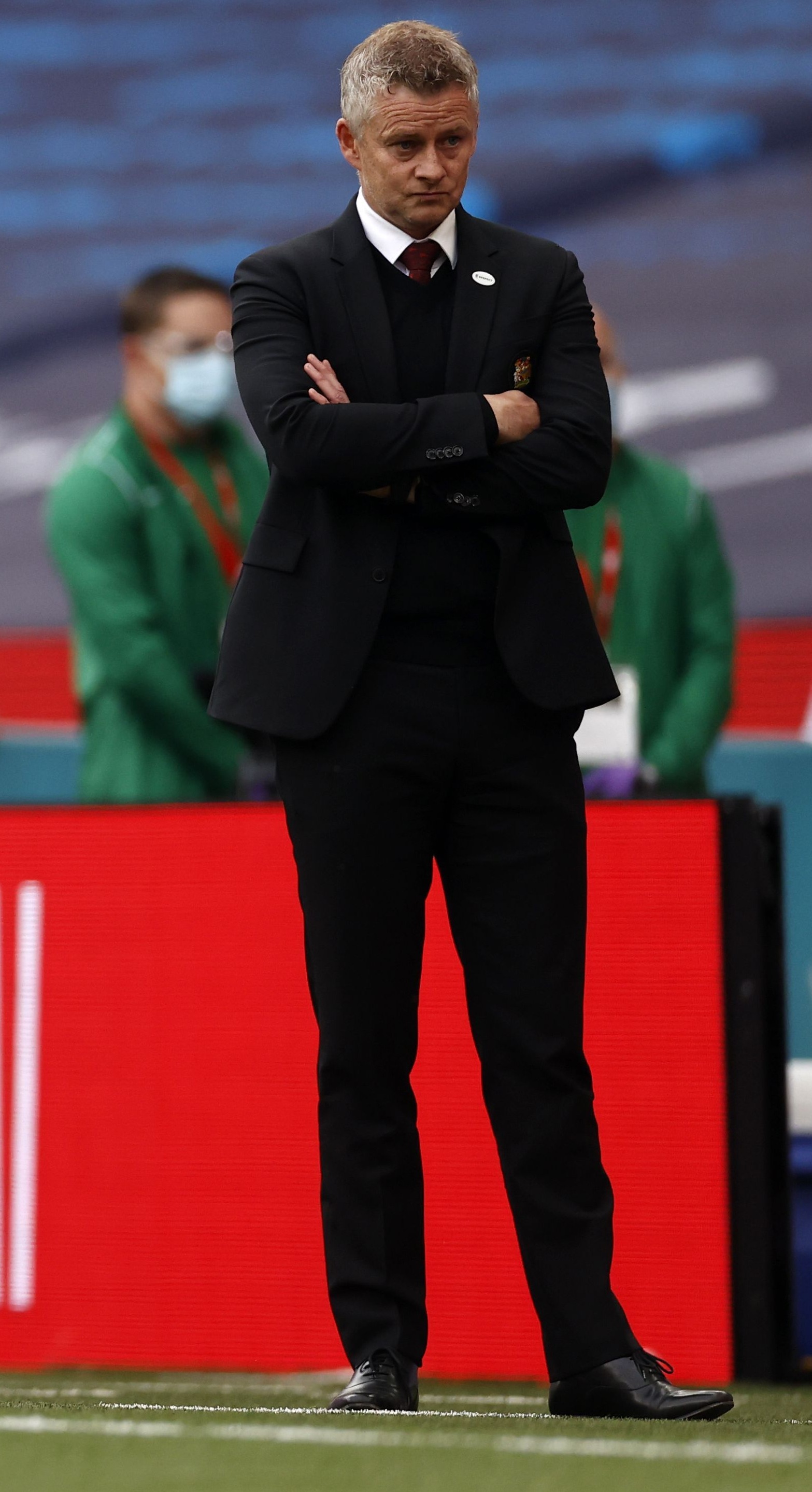 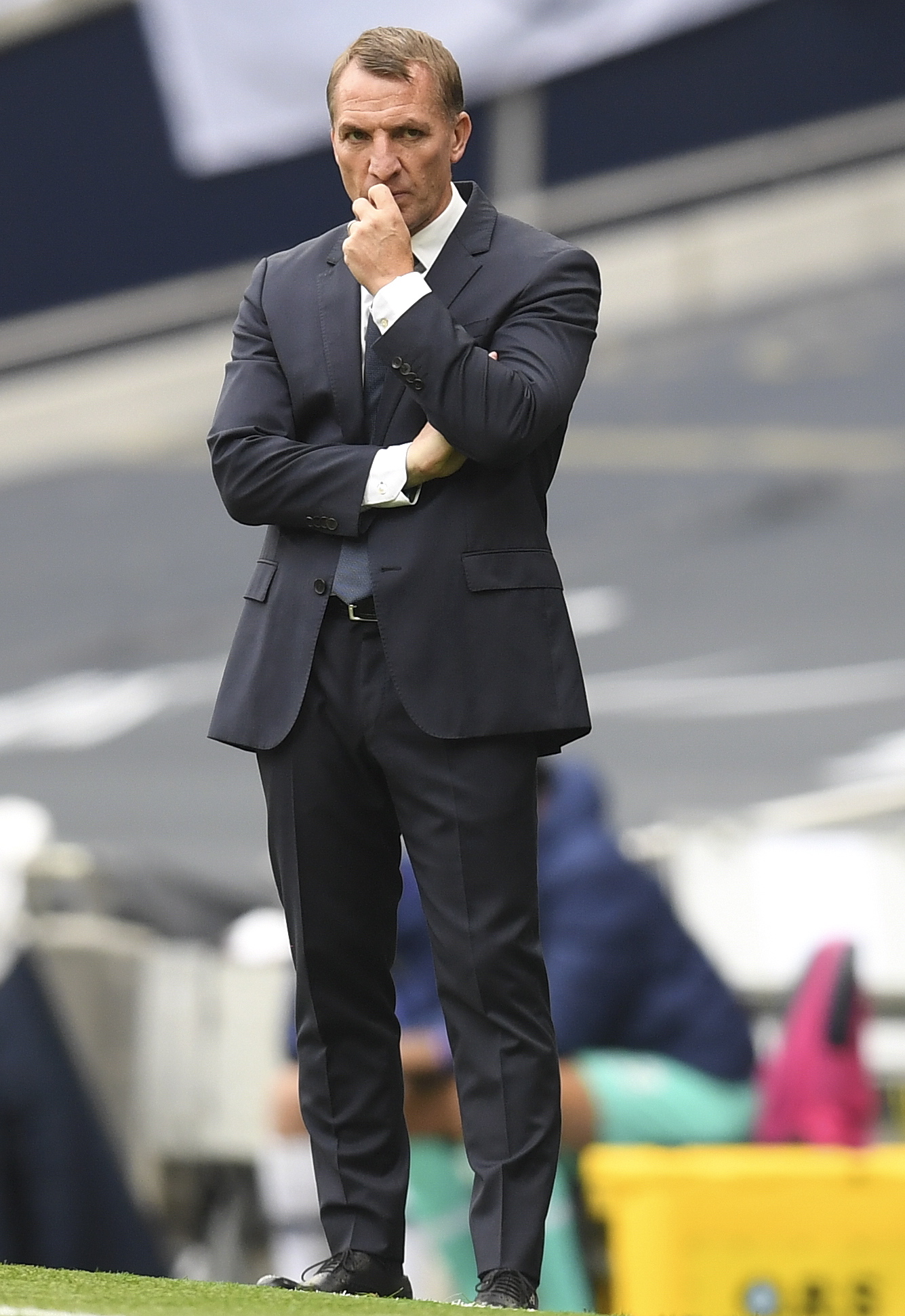 If United DREW with West Ham, as long as they avoided defeat to Leicester, they would secure that coveted fourth spot.

And finally if United BEAT West Ham, a win or a draw against Leicester would see them finish fourth.

But if they lost the final game against Brendan Rodgers' side it would mean both teams finish on level points, 65.

Depending on how many goals they beat West Ham by would determine where they finish – Leicester currently have scored FOUR more goals.

Chelsea currently sit in third with 63 points, one ahead of both United and Leicester, with two games to play.

But if they lose BOTH their remaining games, against Wolves and Liverpool, they could finish outside the top four.

That would need United to beat West Ham and Leicester to beat United for it to play out.