Helen Glover is aiming for a third consecutive Olympic gold

Out of retirement and off in search of a third consecutive gold medal – Helen Glover heads to Tokyo 2020 again one of Great Britain’s medal favourites at the age of 35.

Glover had bowed out of rowing after taking gold at the 2016 Olympics in Rio de Janeiro to start a family, but the postponement of the Tokyo Games and lockdown in the United Kingdom gave Glover the opportunity to target a return for a third tilt at gold in Tokyo.

It was Glover and partner Heather Stanning who won the first gold medal for Team GB in 2012, kick-starting the highly-successful home Olympics in London and the pairing defended their coxless pairs crown four years later in Rio.

After their win at London 2012, the pair were each appointed Member of the Order of the British Empire (MBE) in the 2013 New Year Honours.

Glover is married to popular adventurer, naturalist and television presenter Steve Backshall. The two met at a Sport Relief event in 2014, and have three young children.

They married in Glover’s native county, Cornwall, soon after Glover’s retirement on return from Rio de Janeiro, but the 35-year-old is now set to become the first mother to compete for the GB Rowing Team when she again picks up the oars more than ten years after first turning professional.

“Trying to do a complete four-year Olympiad with three kids would be pretty much impossible,” Backshall said to the BBC of his wife’s comeback. “[But] the pandemic had created this unusual situation where we were locked in, and we had the opportunity for her to train, and it was sort of like ‘well, what have I got to lose?’

“To my mind she is the most extraordinary role model to the kids.

“The way that she carries herself, and still thinks about life, and the way that she still prioritises her kids and motherhood, alongside training for what is surely one of the most demanding and gruelling sports, is incredibly impressive.” 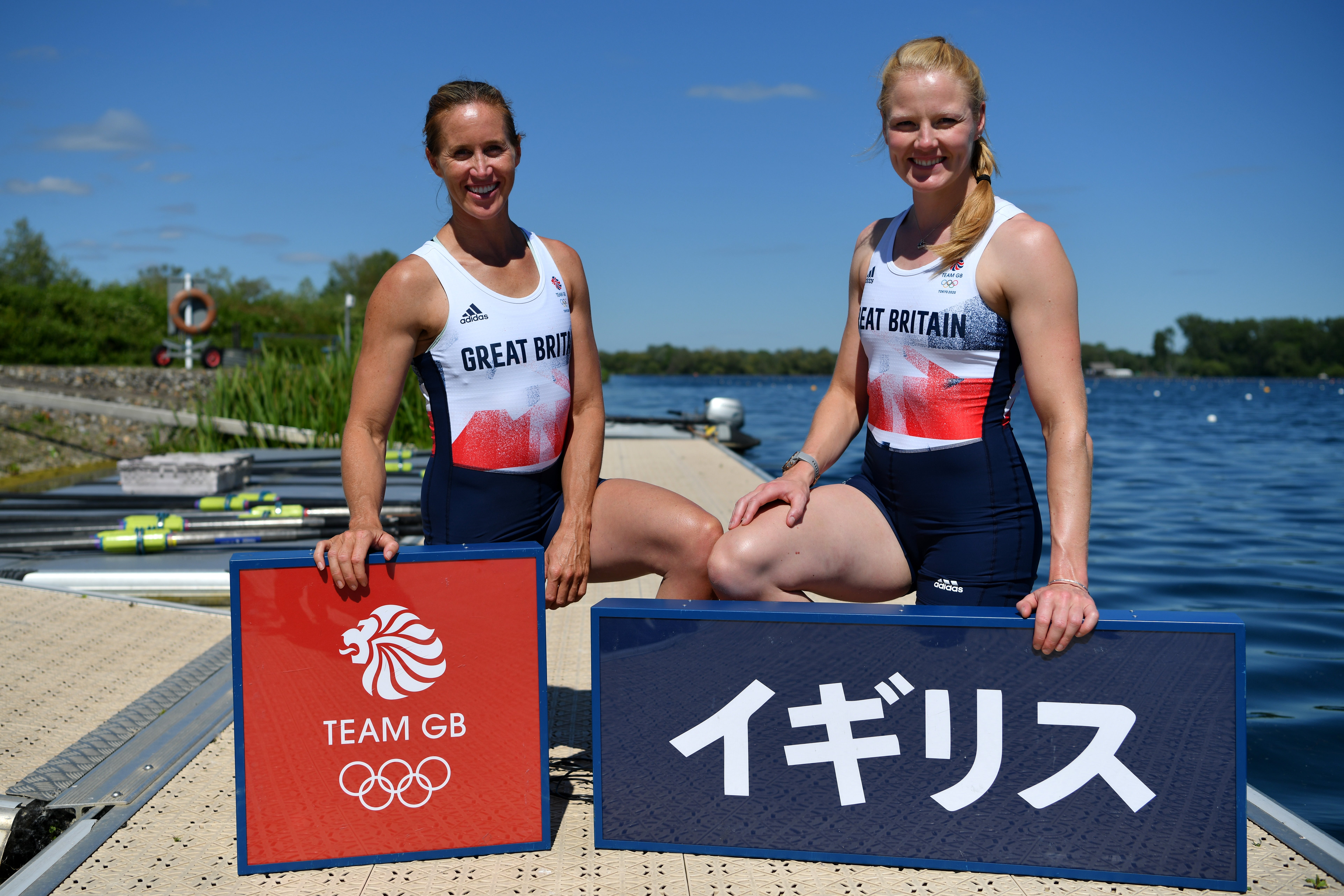 Glover has teamed up with Polly Swann for the Tokyo Olympics

Glover had, according to Backshall, barely stepped on a boat in the years since her Rio triumph, but has sculpted her training schedule around the lives of their young family, including twins born weeks before the onset of the Coronavirus pandemic in January 2020.

With Stanning’s post-Rio Olympics retirement remaining intact, Glover has reunited with Polly Swann, who she previously partnered between 2013 and 2014. The pair enjoyed immediate success, taking victory in the coxless pairs at the European Rowing Championships in Northern Italy in April.

Swann and Glover will compete in the heats on 24 July and will be among the favourites to win the final, which is scheduled for July 29 at the Sea Forest Waterway in Tokyo Bay.