GRANIT XHAKA claims he is unfairly singled out for criticism – despite being sent off NINE TIMES for Arsenal.

The Swiss midfielder has repeatedly fallen out with Arsenal's fan base, resulting in him losing the club captaincy. 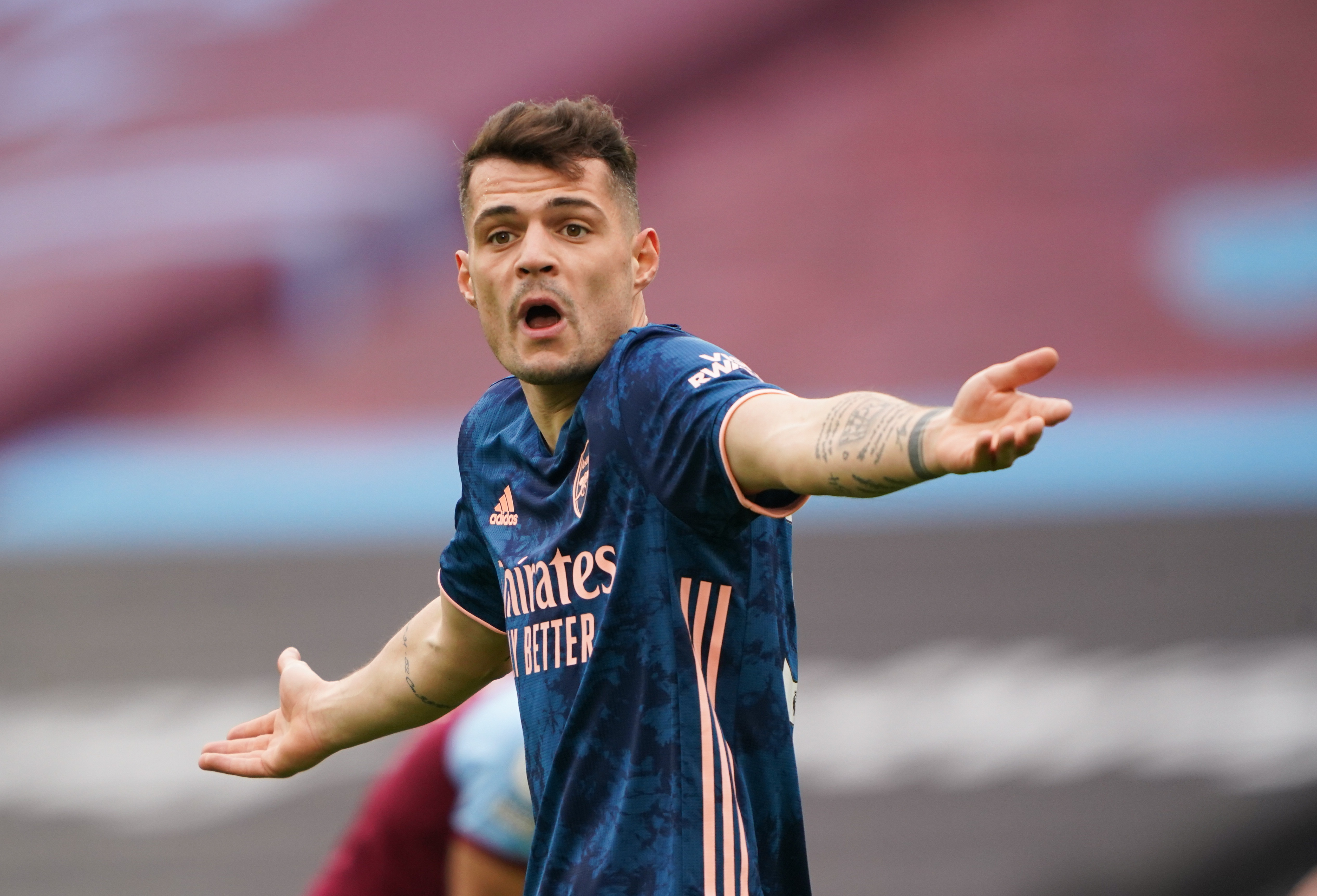 And he came under fire again in December after his latest sending-off against Burnley.

Xhaka, 28, told Blick: “You have to live with criticism in football, but there have to be limits.

“There are other players who get red cards, but they don't get criticised as much as I do.

“I sometimes feel that with me it is deliberately made into a bigger issue than it really is.

“But it won't break me. I overcome it, and this time it has made me come back stronger – no doubt to many people's surprise.”

Xhaka also insisted Mikel Arteta's side have to reach the Europa League final to salvage an otherwise disappointing season.

The Gunners are ninth in the Premier League following Sunday's dramatic 3-3 draw at West Ham and nine points off the top four with nine to play.

They face Slavia Prague next month for a place in the Europa League semis after seeing off Olympiacos.

Xhaka said: “This has been an up and down season for Arsenal. We began well, but then failed to pick up points in a string of games.

“Things are clearly better once more, what with our win over Tottenham and reaching the Europa League quarter-finals in style.

“In the Premier League we are once again a long way off the European places. We'll need quite a run to get in on the act.

“So it will be absolutely vital for us to reach the Europa League final.”

On that praise, the ace said: “I have fought my way back thanks to working hard in training every day, and the faith shown by my manager.

“Also the support from my amazing team-mates, and my own motivation to do the things I've joined Arsenal to do.

“Play football, put my foot to the floor – and enjoy myself.”