KAMARU USMAN and Colby Covington were mocked by the referee after embracing at the end of their five-round war at UFC 268.

The Nigerian champion, who beat Covington in December 2019, repeated the feat he managed two years ago as he claimed a unanimous decision victory in their rematch in New York. 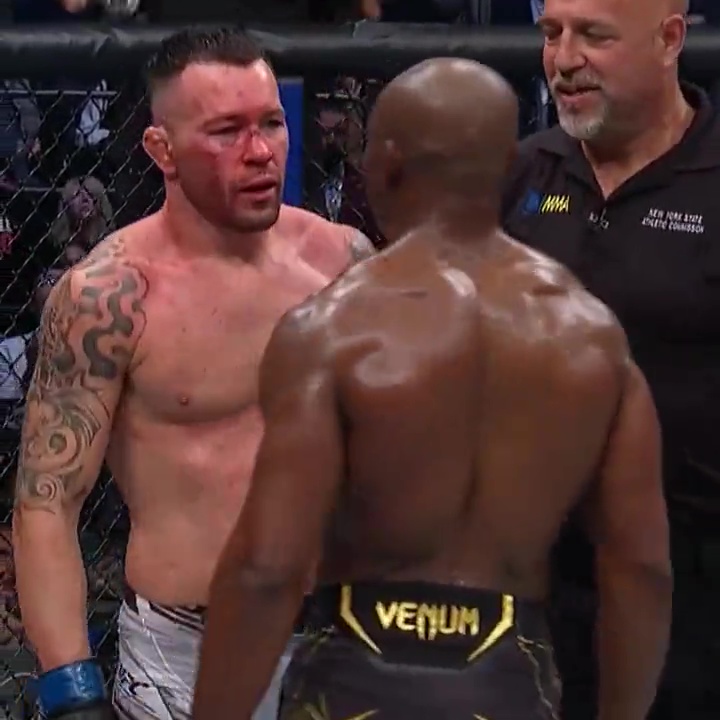 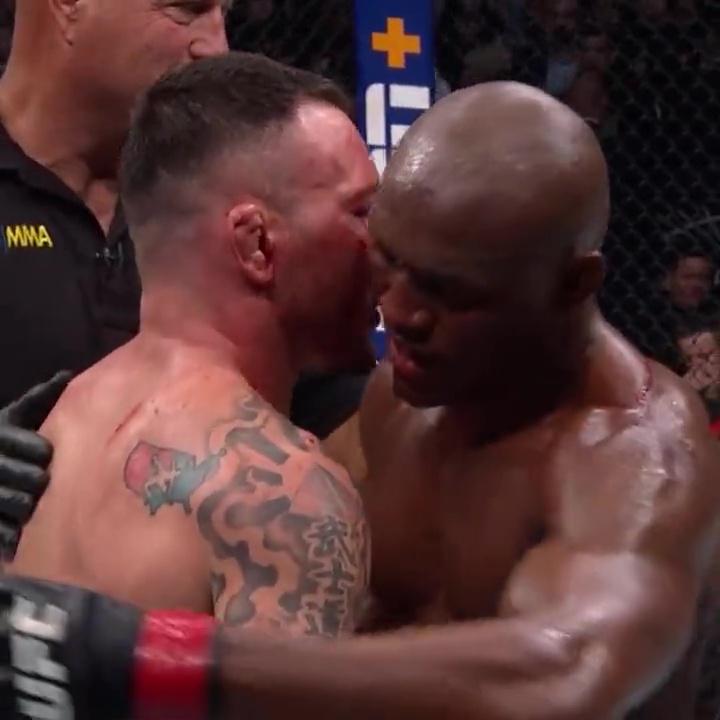 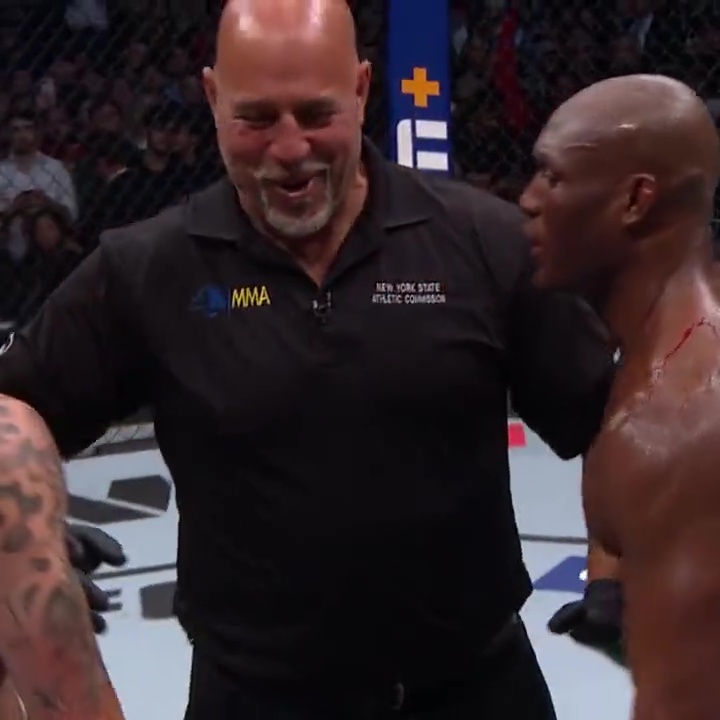 In the lead up to the rematch both men had made public their dislike for one another.

But after the fight they came together to show a level of respect as their rivalry was put to bed.

Usman and Covington exchanged words of encouragement to one another inside the octagon, before referee Dan Miragliotta praised them for their sportsmanship.

The ref said: "Ahh, I like that. Good job gentlemen. Much respect, much respect."

The two fighters then came together once more and hugged out their animosity, receiving a round of applause from the Madison Square Garden crowd in the process.

This time, however, Miragliotta could not help making fun of the pair's decision to embrace.

He added: "Alright go kiss later. Go back to your corners! Go."

Reacting to the mutual respect between the pair, UFC analyst and commentator Joe Rogan said: "It [the feud] was all about making money and nothing but love.

"That's a rare moment where you get to see who the real Colby Covington is where he drops this sort of persona he puts on."

The victory means the 34-year-old retains his 19-fight winning streak, a run that stretches back to his only professional MMA loss in 2013.

It was the fifth defence of his UFC Welterweight Championship which he has held since beating Tyron Woodley in March 2019.

Speaking after the fight, pound-for-pound star Usman said: "I am the pound for pound best alive right now.

"I'm gonna tell you what, he's tough [Covington]. He's super tough. I wanted to get crazy and get him out of there.

"But that's not what the best do. We take our time, we stay calculated, we listen to our coaches and we find the finish.

"Unfortunately, that's the next best guy in the division. He's a tough son of a gun and he wasn't going to let me find that finish."