FRANK LAMPARD will reportedly escape punishment from Chelsea for his foul-mouthed rant at the Liverpool bench.

The Blues boss was caught on camera telling the Reds camp to "f*** off" during a heated touchline row. 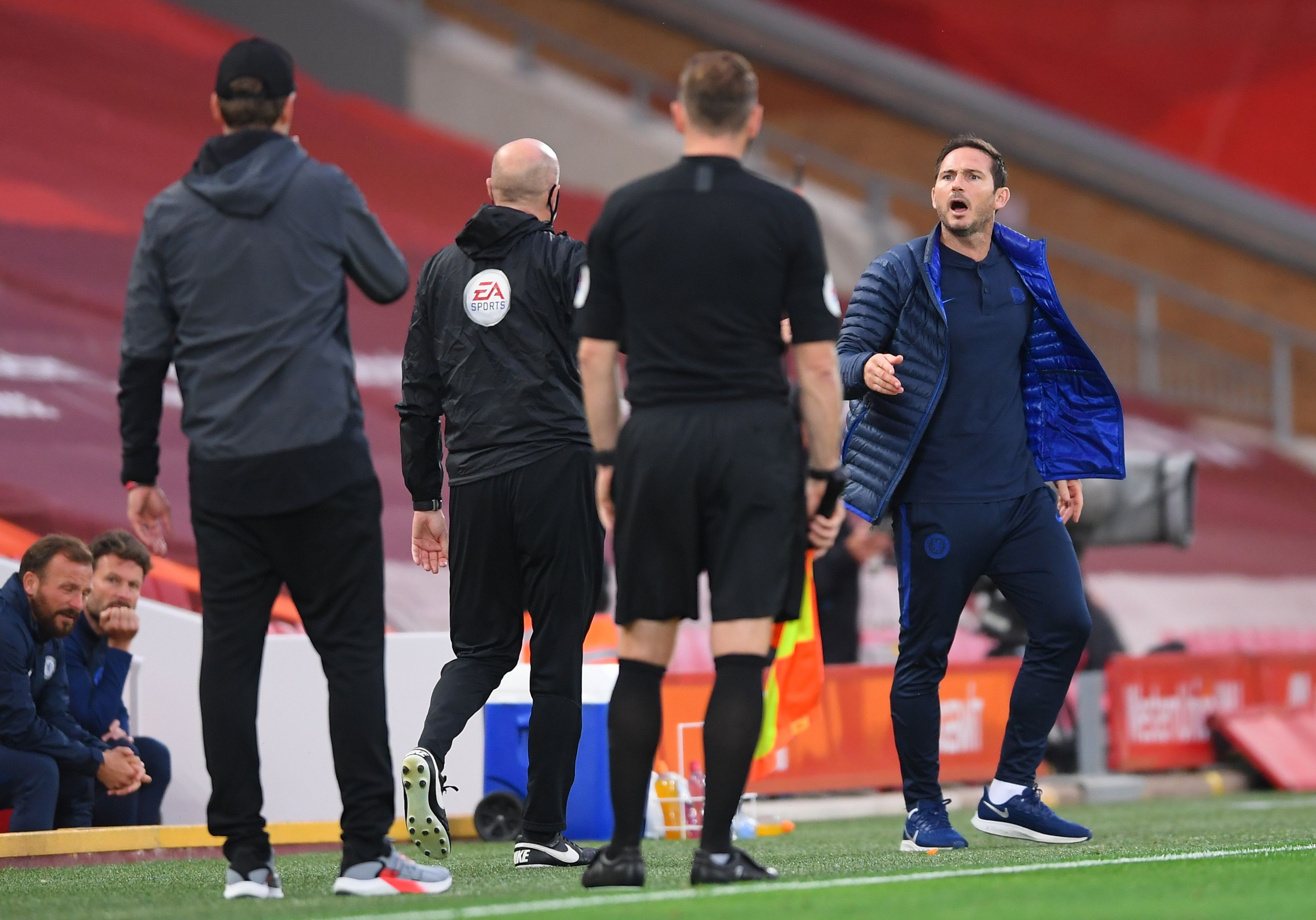 The incident was sparked in the first half, seconds before Trent Alexander-Arnold curled in a brilliant second from a free-kick.

Mateo Kovacic was adjudged to have fouled Sadio Mane as the Senegal star broke at pace.

Lamps was furious with the decision and let rip on the fourth official.

It sparked a reaction from Jurgen Klopp and the Liverpool bench who were then locked in a war of words from the technical area.

But as reported by The Times, Chelsea will take no disciplinary action against Lampard following the heated spat.

With no fans in the stadium, audio footage captured what was said with Lampard initially shouting: "How is that a foul? There's no foul there."

He then tells Klopp to "sit down" before getting more irate when Klopp repeatedly tells him to "calm down."

Klopp's assistant Pep Lijnders then appears to weigh into the argument in which Lampard shouts: "You can f*** off and all.

The Stamford bridge chief then blasted the champions as "arrogant" after they sealed their stunning 5-3 victory.

He told Sky Sports after the contest: "For me, it wasn't a foul from Kovacic, and there were a lot of things that weren't going our way.

"But I've not got a problem with Jurgen Klopp. The way he's managed this team has been fantastic.

"Fair play to Liverpool Football Club, they've won the league, but also don't get too arrogant with it.

"That was my point, but it's done. In match play, you can get emotional and that was it."

Chelsea head into the final day knowing a win or draw against Wolves would seal their Champions League spot for next season.