Philemon Mulala killed by his dogs: Former Zambia international’s wife says she never believed her ‘staffie or pitbull’ crossbreeds would turn vicious as she reveals they fatally savaged his face and throat

The wife of former Zambian international footballer Philemon Mulala, who found him lying dead in his back garden after being mauled by his dogs, has said she had no idea that they would turn vicious.

Lillian Chileshe revealed that the crossbreeds had bitten his throat and that he had also sustained injuries to his face.

Mulala, 60, was declared dead on the scene on January 7, in Lichtenburg, South Africa.

Police said Chileshe had been busy on the other side of the house when she heard dogs barking. 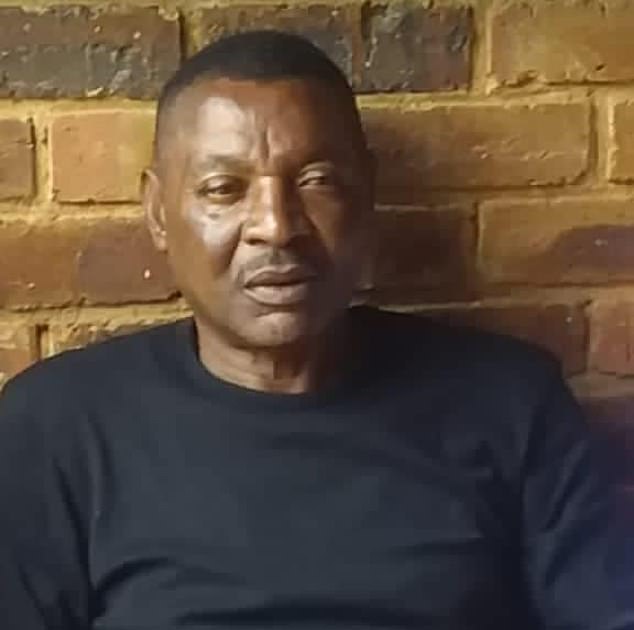 Philemon Mulala, 60, was found dead in the garden of his South African home after being mauled by his three dogs

Chileshe said she was baking scones with a family friend on Saturday when she wondered where her husband was and called out to him.

She then found him lying face down with his hands covering his face.

Police spokesperson Sam Tselanyane said: ‘She didn’t bother to go and check what was wrong as their house is situated on a busy street and the dogs are frequently barking at pedestrians and vehicles passing by. Moreover, after the electricity was restored, she allegedly went inside the house looking for her husband, but could not find him.’

He added: ‘She then quickly went outside only to find that her husband was bitten by their dogs – two staffie or pitbull crossings and one unknown breed dog. Police and emergency medical rescue services were called and the man was certified dead at the scene.’

The dogs, named Prosper, Blessing and Bulldozer, had lived with the family since they were puppies. 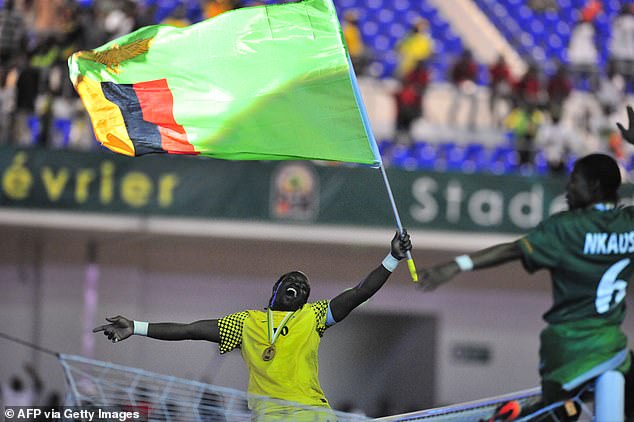 Chileshe noted that she and her husband had both loved the dogs dearly.

However, they have since been removed from the property by the Society for the Prevention of Cruelty to Animals.

Tribute has been paid to the ex-Copper Bullets star, who spent time with Mufulira Wanderers and Cape Town Spurs in his playing days.

Mulala scored several goals for Zambia’s national team and played a number of positions throughout his career, including left back and right-wing.

Arguably the defining moment of his career came when he scored a brace against Kenya in the semi-final of the East and Central African Championship, which his side would go on to win.

The Zambian FA were quick to pay tribute to their deceased former player, who helped bring them their first piece of silverware.

Spokesperson Sydney Mungala said: ‘It’s such a tragic end. Many who watched him, especially fans of Mufulira Wanderers, have been pouring out their grief.

‘Many remember him from the national team days, where he won Zambia’s first major post-independence silverware. [Since retiring] he had ventured into business in South Africa.’

Football Association of Zambia General Secretary Adrian Kashala said: ‘We remain with wonderful memories that the late Philemon honoured us with on the pitch.

‘There is a lot that today’s players can learn from the deceased’s generation.’