A FOOTBALLER in Argentina sparked a mass brawl after kicking a rival in the head as he lay on the ground after being sent off for a second yellow card.

Deportivo Angostura's Francisco Cerruti was rushed to hospital for a scan after being knocked unconscious in the brutal attack by Club Las Piedritas' Enzo Alvarez. 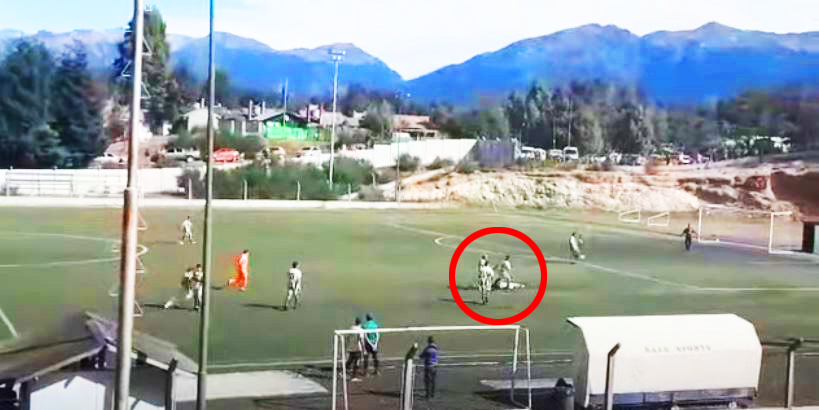 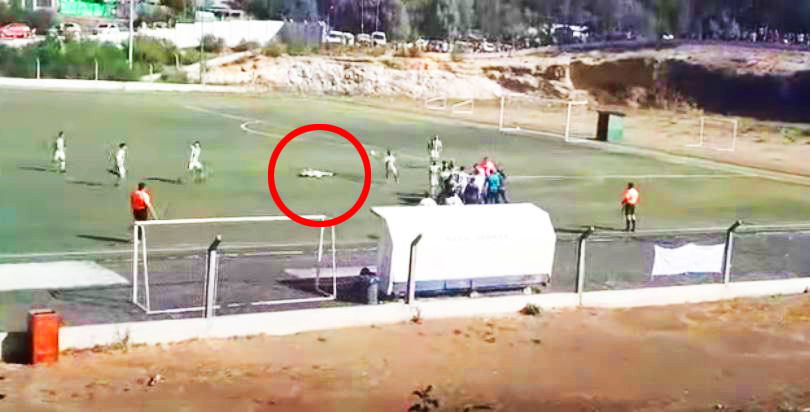 Alvarez, facing a possible life ban from football, lashed out after losing his temper over a booking for an unrelated incident six minutes from time in an amateur match in the Argentine town of Villa La Angostura.

His reaction to his second yellow led to a mass brawl as his victim lay motionless on the ground and the suspension of Saturday’s game where Deportivo led 1-0.

The punishment Alvarez will face has yet to be decided.

A relative of Cerruti said: “He’s had a CAT scan and in principle has no serious injuries but later this week they’re going to do new tests.”

The interim president of the Quetrihue Football League, the amateur league the two teams play in, said all league fixtures due to be take place this Saturday had been cancelled.

Christian Bustamante said: “As a league we are here to contain the situation and on Saturday we’re suspending all football for the male adult category to raise awareness about what’s happened.

“We’re saddened by what’s occurred. As a league representative, I feel ashamed at what I saw.”

Gabriel Mathias, Villa La Angostura’s sub-secretary of sport, added: “The Disciplinary Tribunal will meet later today to define the continuation of the tournament and the sanctions.

“Enzo Alvarez’s punishment will no doubt be very severe.” 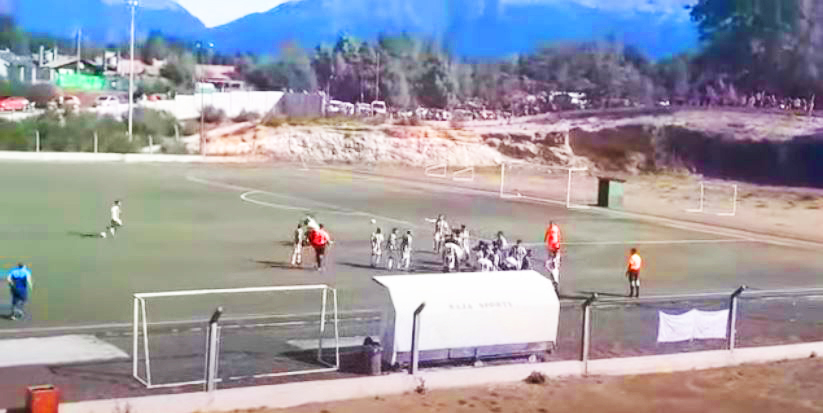 League sources said a life ban was being considered, with one insider telling local press: “His club will also be made to bear some responsibility.”

The decision on Alvarez is due to be made public imminently.

It was not immediately clear if other footballers involved in the pitch brawl are facing disciplinary action.

Footage from the Andres Martin stadium showed rival players rushing over to Alvarez after he booted Cerruti with his right foot.

One could be seen bundling him to the ground and punching him as a spectator shouted out ‘Son of a b****’ as another ran into the melee of warring players and delivered a karate kick.

Two of Cerruti’s team-mates made a beeline for the injured footballer and began calling urgently for medical assistance after seeing he wasn’t responding.

Neither of the two footballers at the centre of the drama have yet made any comment.