Former Brazil international Richarlyson has come out as bisexual and slammed the amount of homophobia existing in both football and his homeland.

The 39-year-old, who played two international matches back in 2008, is the first player from a Brazilian top-flight team to come out in public.

Richarlyson, who spent most of his career in Brazil, opened up on dating both men and women in his appearance on the Nos Armarios dos Vestiarios podcast.

‘I am normal, I have wishes and desire. I dated men, I date women. So what?

‘So many people say it is important that I stand up, so I decided to say it today. I am bisexual.’

Richarlyson, who retired from football last year, also revealed that he decided not to come out during his playing days, as he ‘didn’t want to be ruled out because of his sexuality’.

The news comes following Blackpool player Jake Daniels’ decision to come out as the only openly gay professional footballer in the United Kingdom – and the first since Justin Fashanu in 1990. 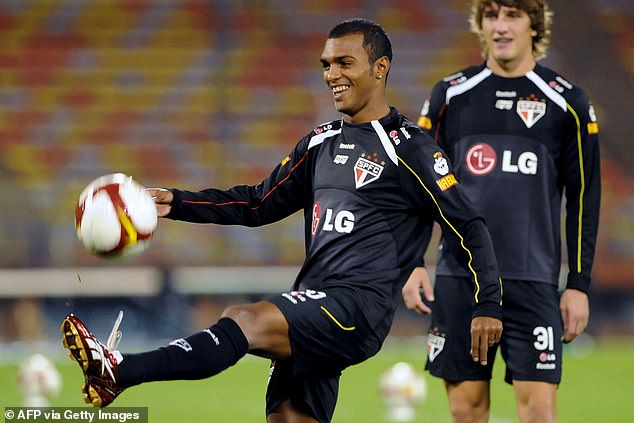 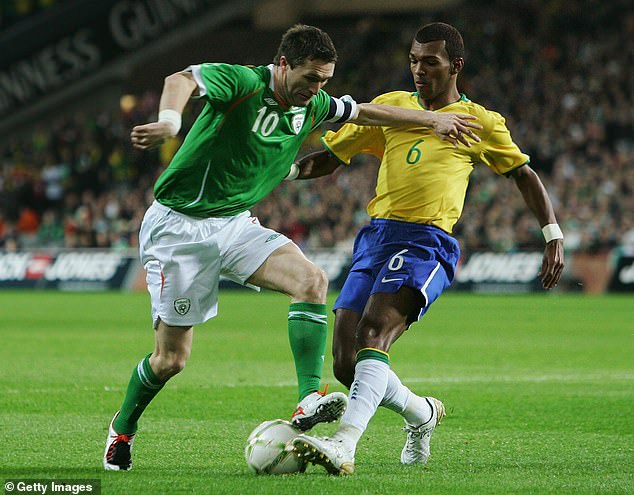 The former Sao Paulo star, who was part of the team that beat Liverpool in the 2005 Club World Cup final, is doubtful his honesty will lead to positive change in Brazil, where footballers are idolised but homophobia is rife.

He said: ‘Unfortunately, the world is not prepared to have this discussion and deal with it naturally.

‘Do you understand why I think it’s unnecessary for you to label yourself sometimes?

‘There is a more important issue, there are people dying, Brazil is the country that kills the most homosexuals.

‘And we are here talking about football, okay, but football is a small business. Ah, but your speech can help. No, it won’t help.

‘Who is Richarlyson, for God’s sake?! I am a mere ordinary citizen, who had a nice history in football, but I will not be able to move mountains to stop these crimes, to stop homophobia in football.’

The Guardian reported in 2020 that Brazil had one of the most alarming rates of violence and discrimination against LGBT in the world.

That year alone, there  were 224 murders and 13 suicides, according to Grupo Gay da Bahia, the oldest LGBT rights organisation in Latin America

Data from the government’s hotline to report abuses, revealed that between 2011 and 2017, there were 12,477 cases of violence against LGBT people in Brazil.

Richarlyson enjoyed a successful career as a holding midfielder in Brazil, particularly with giants Sao Paulo and Atletico Mineiro. 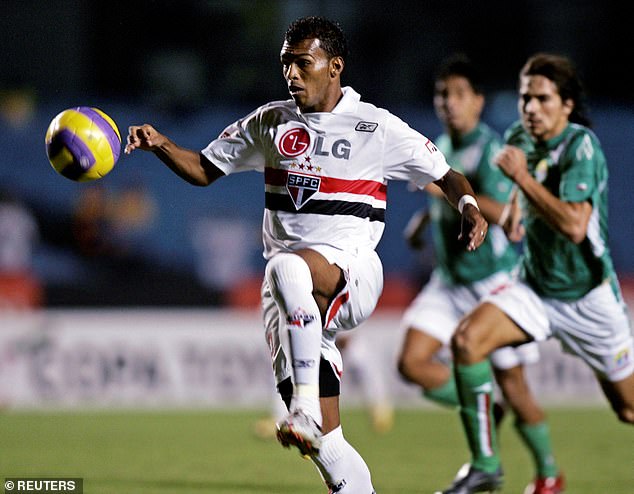 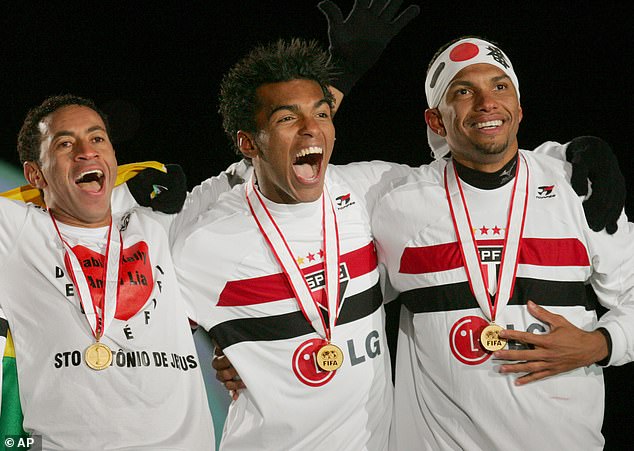 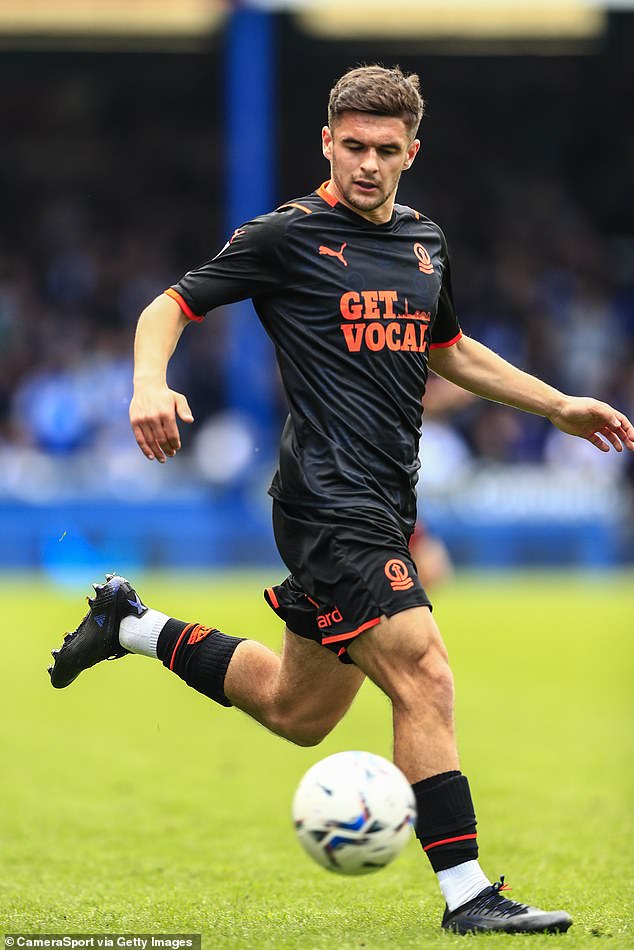 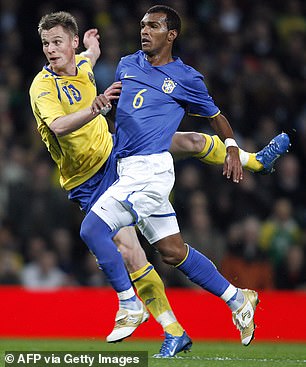 Richarlyson in action against Sweden in 2008

He won three Serie A titles and the Club World Cup with Sao Paulo before earning Copa Libertadores glory with Mineiro in 2013.

Both clubs took to Twitter after Richarlyson’s came out on the podcast.

Sao Paulo, without referencing the topic of the podcast, wrote: ‘Having honoured the colours of Sao Paulo with determination and won important titles, Richarlyson is part of the Caminho dos Idolos, in Morumbi. That same courage he demonstrates in his life. Maximum respect for your trajectory.’

Atletico Mineiro said: ‘To the Libertadores champion, congratulations for your courage. Richarlyson, thank you for recognizing that Galo is the only team you played for, in which you didn’t suffer prejudice. The Rooster is everyone’s team! May football be a field of respect for any sexual orientation.’

Sao Paulo-based Corinthians also celebrated his openness in the podcast as they wrote: ‘Richarlyson was a great player, a great rival on the pitch and is a great sports professional. Now, after he says he is bisexual he remains all of that, and puts himself as an important voice of the resistance. We have the utmost respect.’