Cops prevented the supporters from attending the quarter final against Ukraine at Stadio Olimpico amid fears of the contagious Delta variant of the virus. 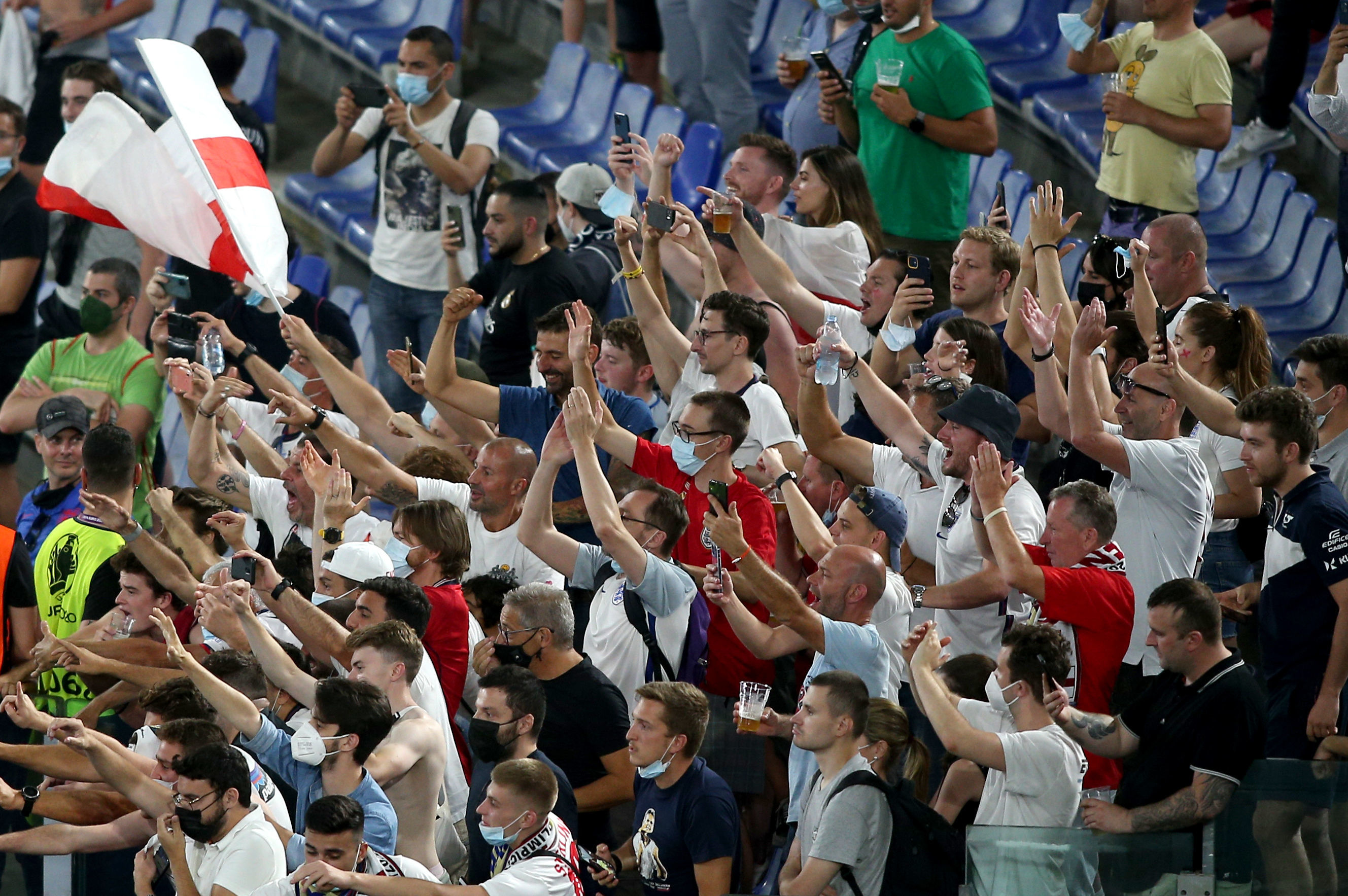 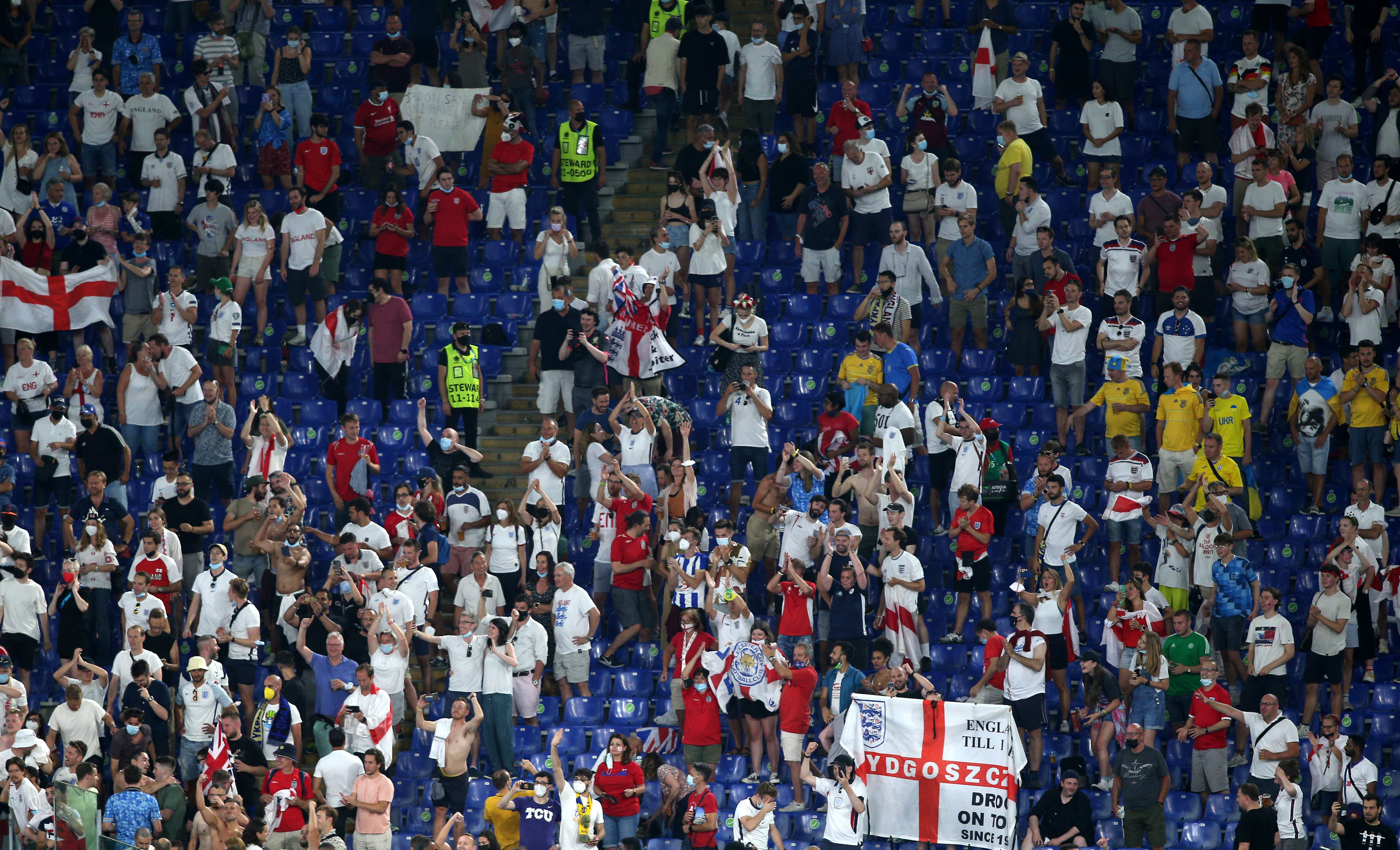 England fans had already been warned that a five day quarantine was in place for anyone coming to Italy who had been to Britain in the previous two weeks.

Detectives cross checked names of travellers who had arrived in Italy from England and Ukraine with Euro 2020 ticket holders.

Non-essential travel is also currently banned between Ukraine and Italy.

Italian cops found some 52 fans who had not compiled with quarantine rules and arranged to have their tickets cancelled.

Warnings had previously been issued which told fans not to try and use loopholes to try and attend the game – even if they had already bought tickets.

England fans banned from attended missed out a historic win as the Three Lions roared home with a 4-0 victory to send themselves into the semi final against Denmark.

Millions of supporters partied the night away as England advanced to the semis for the first time since 1996.

And now Harry Kane, Raheem Sterling and the rest of the squad are just one step away from the glory of competing in the final at Wembley on July 11.

Three Lions fans did manage to pack out parts of the stadium, with many English expats attending the game – while others instead boozed and cheered at bars around Rome.

England fans will be pleased as the semi and potential final both take place at Wembley – so they won't have negotiate any travel rules as they did in Italy. 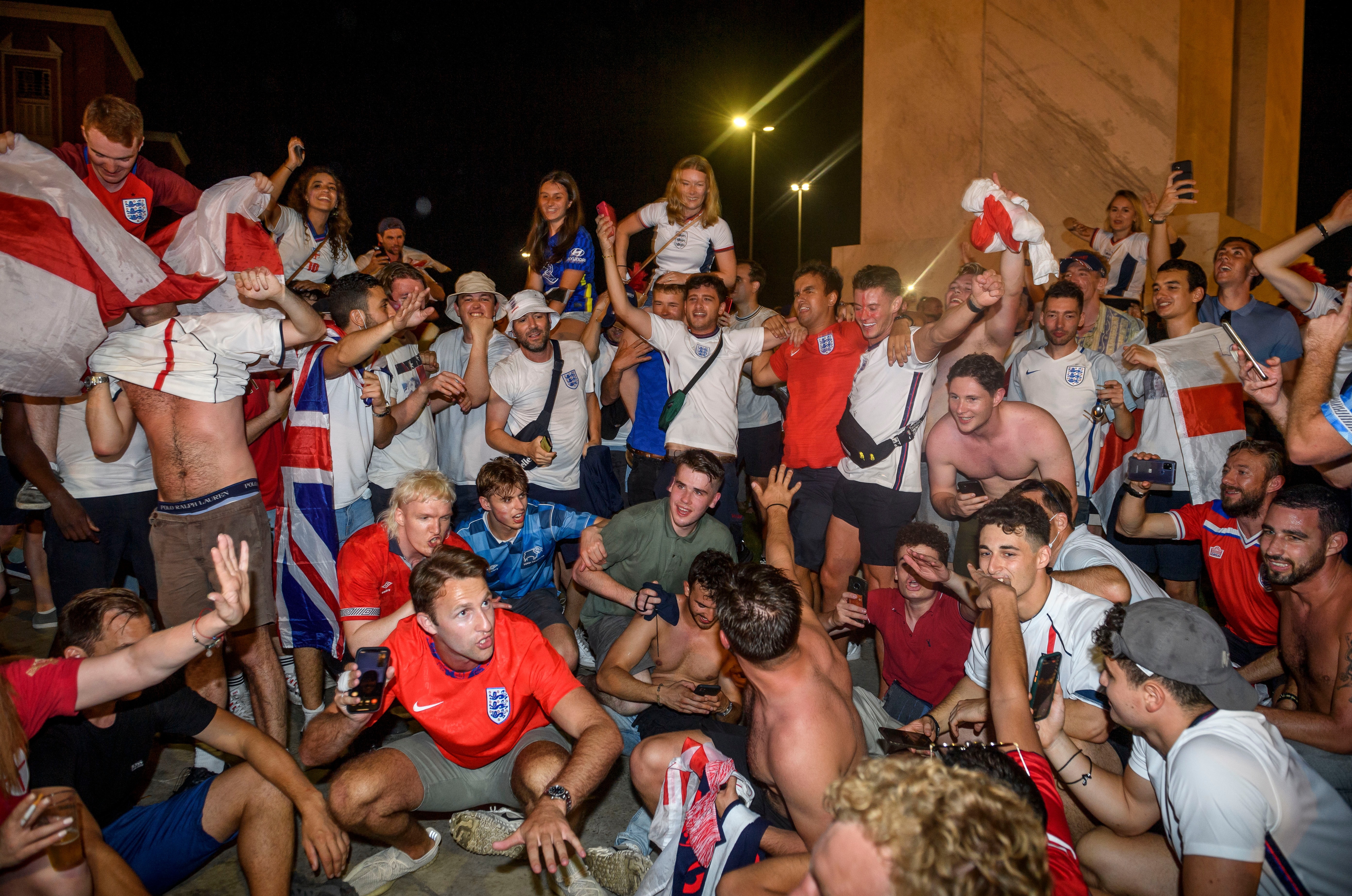 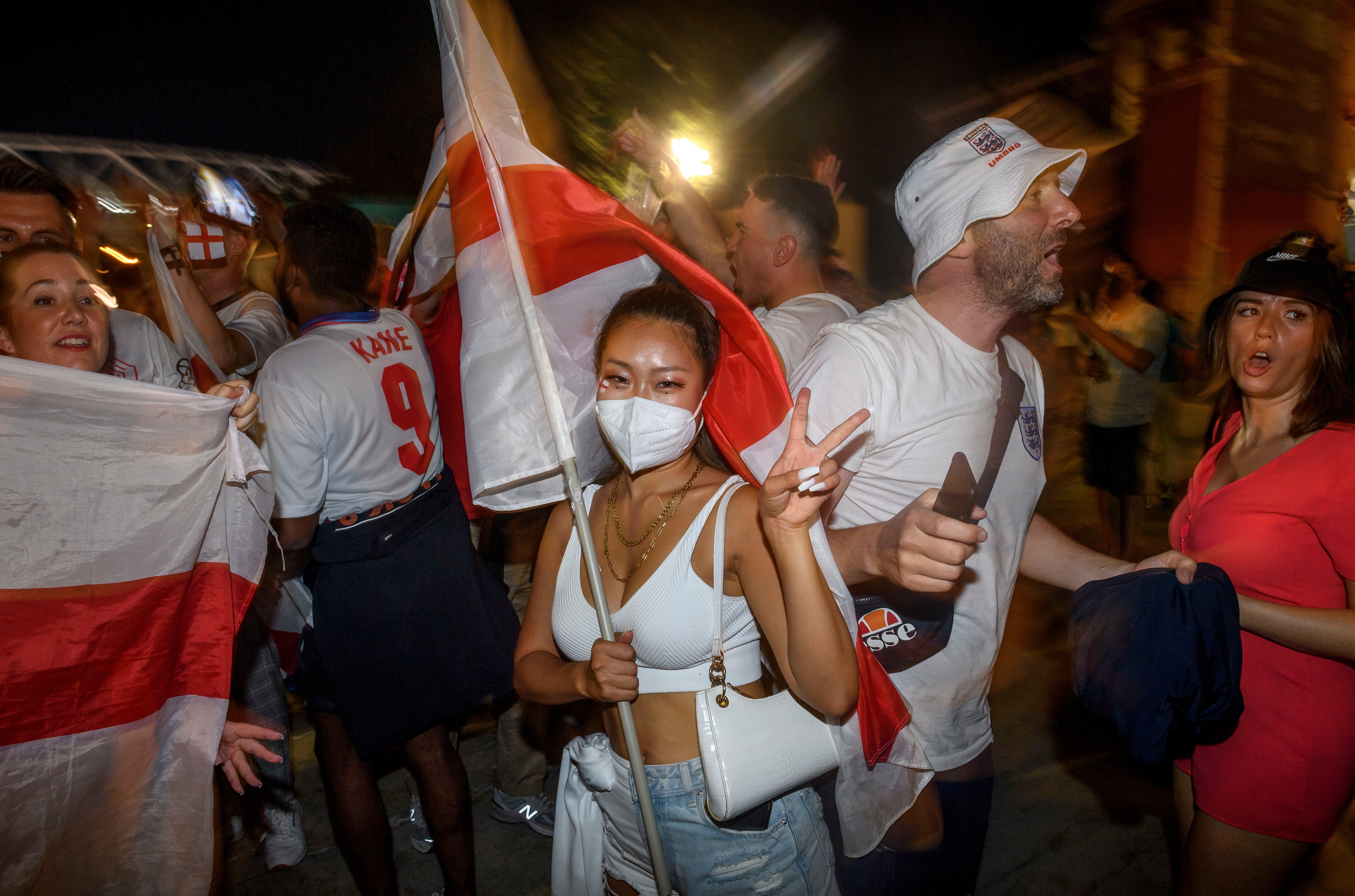 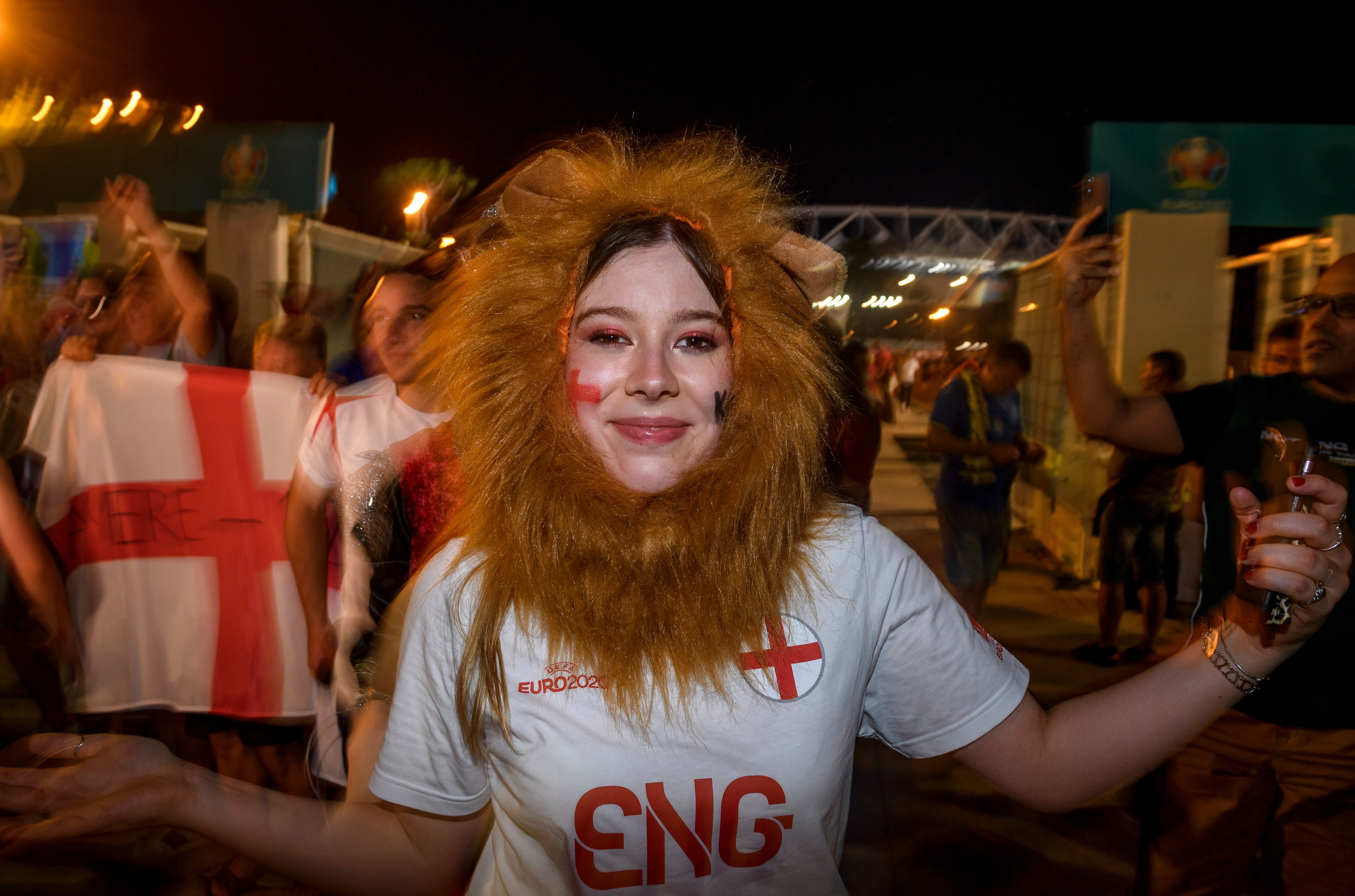 Before the game, Italy's embassy in London warned anyone trying to flout its quarantine rules "will be punished".

Those who try to take advantage of exemptions from self-isolation, such as claiming they're on a business trip, will be rejected, it said.

Italy is among the countries hardest hit by the Covid pandemic, and officials are desperate to take all measures necessary to make sure there is not another devastating wave.

Andrea Costa, undersecretary for the Italian Ministry of Health, told The Sun: “The rules are clear and concise — English fans will not be able to travel to Italy.

“There are currently five days of obligatory quarantine on arrival, so unless fans arrived before June 28 and completed quarantine, there is no point travelling to Rome.

“Those that do attempt it and are caught will be fined and punished. Rules have to be obeyed and we cannot afford to be running any risks.” 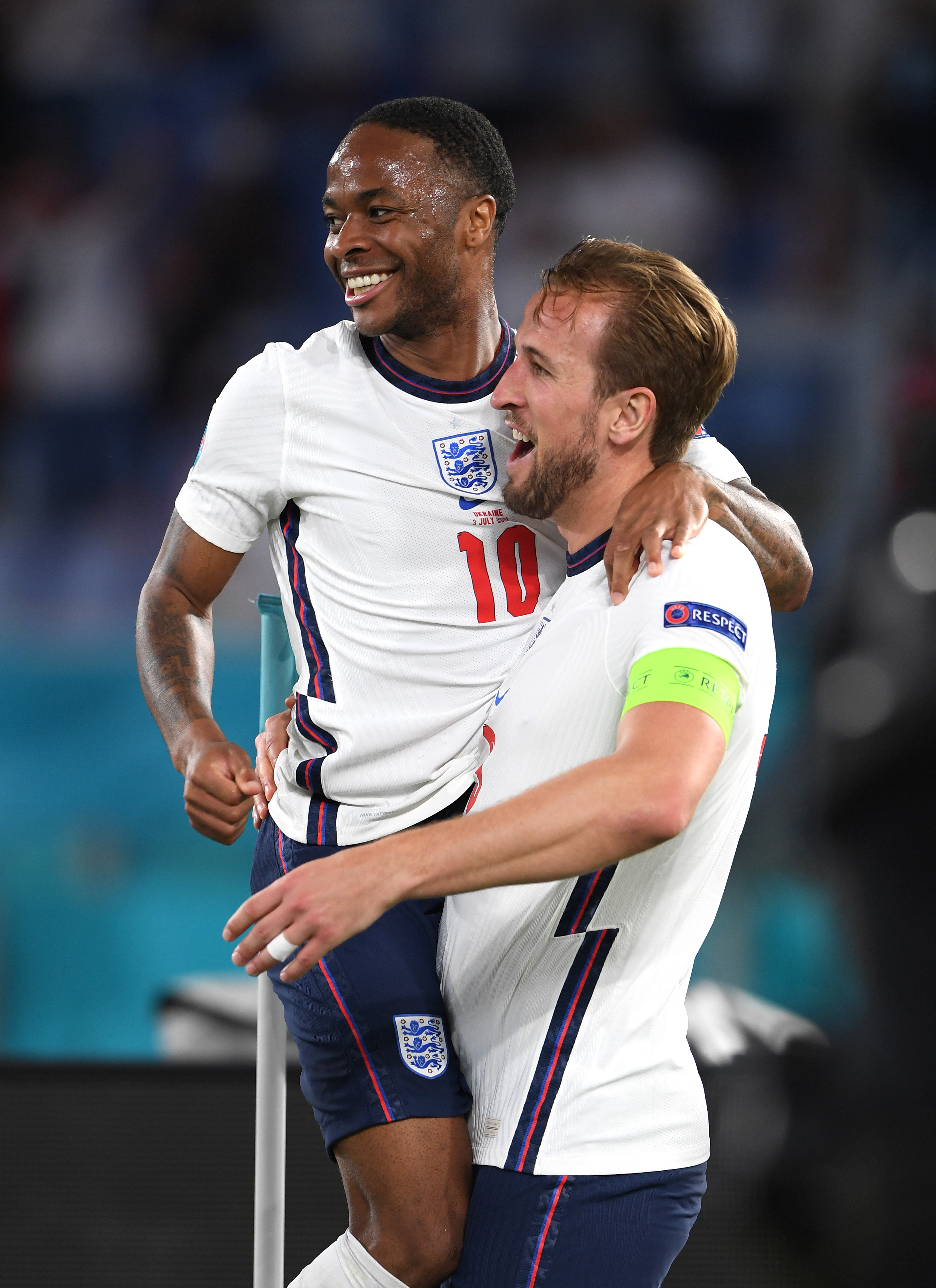 Officials said that other measures being considered would include stopping ticket holders and asking them to prove how long they had been in the country — with boarding cards being requested.

Virologist Fabrizio Pregliasco, who has been advising the Italian government, said: “Allowing fans in from the UK would be a disaster because there is a very high probability that they will spread the virus.”

And meanwhile fans from the Ukraine actually had it worse than those from the UK as they have to undergo ten days of quarantine and provide a negative Covid test.

The key win however saw bookies Betfair quickly slash England's odds of lifting the the cup a week today from 2/1 to 6/4.

Should the Three Lions manage to best Denmark on Wednesday – they will face a titanic clash with either Spain or Italy to secure themselves a spot in English football folklore.

It will be the first time England has won a major trophy since claiming the World Cup in 1966 – 55 years ago.

And the emphatic win over Ukraine – with a double from Spurs striker Kane and goals from Manchester United's Harry Maguire and Liverpool's Jordan Henderson – has left fans daring to dream.

England have had an almost spotless tournament so far – not conceding a single goal, not losing a single game, and banishing the ghosts of the past with a key win over Germany.