THE sky's the limit for tennis sensation Emma Raducanu, according to PR experts… as long as she keeps on winning.

The 18-year-old sporting prodigy has soared to the US Open final after a thrilling 6-1 6-4 win over Greek world No18 Maria Sakkari to become the first qualifier in history to reach a Grand Slam final. 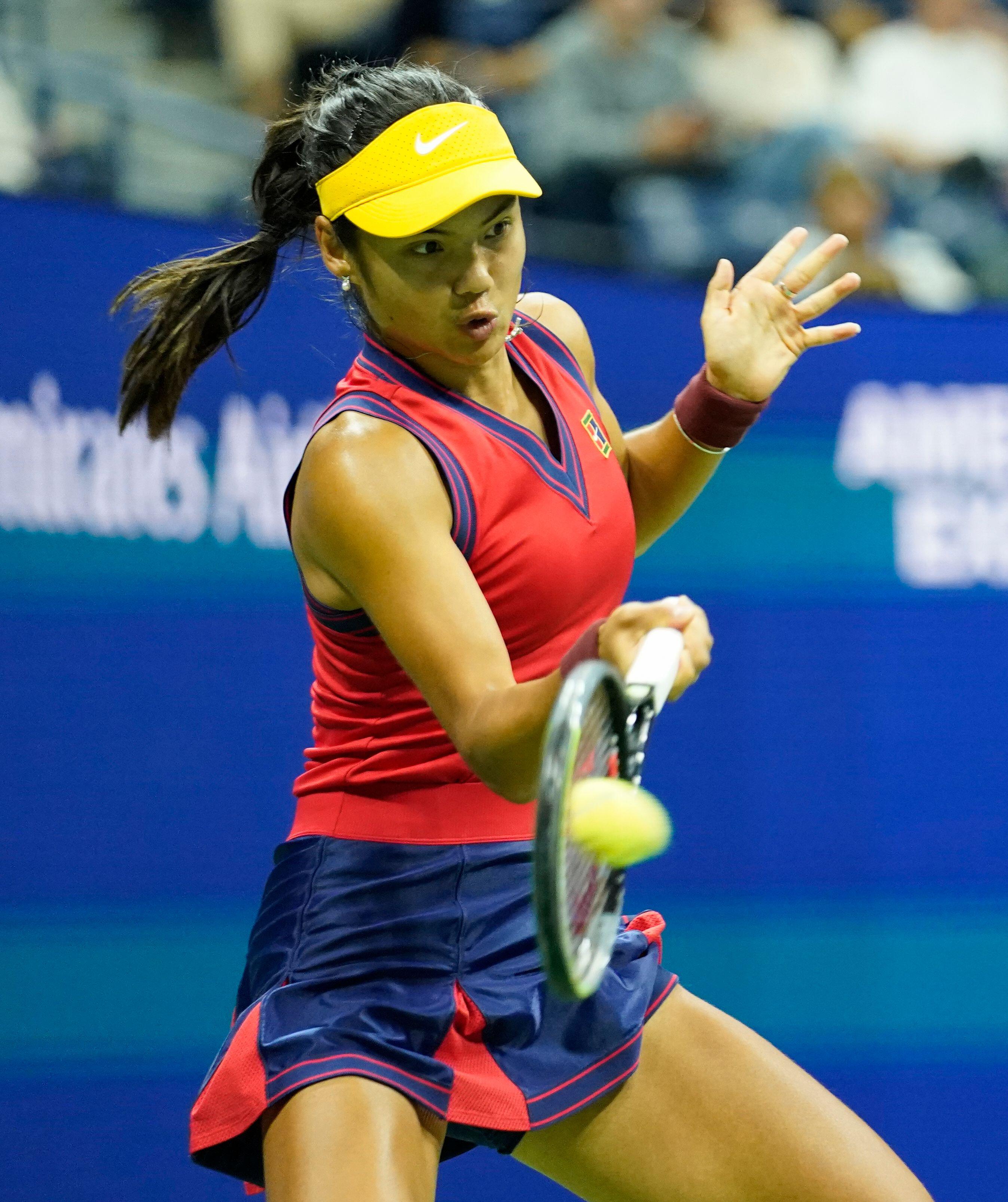 She faces Canada's Leylah Fernandez in the final on Saturday at Flushing Meadows.

Her latest success comes after she announced herself to the world at Wimbledon this summer, reaching the last-16 before retiring in her match against Ajla Tomljanović due to breathing difficulties.

Should she be victorious at the Arthur Ashe Stadium in New York, Raducanu would be due a £1.8million windfall.

And, according to marketing guru Mark Borkowski, the British star could be on her way to becoming the first billion dollar female sports star.

"Potentially, I see her as a billion dollar girl," Borkowski told SunSport.

"She's everything that is really positive about the new icons that this age has got to throw up.

"In the conflicting culture wars, here we have someone who is young, incredibly talented, has a multi-cultural background, everything about her is what every brand would like to get their hands on right now.

"However, I feel the bubble will burst if she doesn't win tomorrow night."

Raducanu has won scores of fans since bursting on to the scene at The All England Lawn Tennis Championship back in July, when she made her Grand Slam debut as a wildcard.

She admitted her withdrawal in her fourth round match against Tomljanović was a consequence of the moment being too much for her at the time.

It was her brutal honesty, as well as the way she has bounced back, that has Borkowski hopeful for Raducanu's future.

He said: "In terms of coming out of a pandemic, the way she handled the Wimbledon incident, the way she's come back, the way she tackles interviews, the way the crowd responds to her, the way she plays the game… if she is as good as the form suggests the sky is the limit.

"We haven't had a significant woman or personality that has crossed all those boundaries.

"Look at the Williams sisters, their time has gone now. If you look at Steffi Graff, she was a winner at a young age but didn't have the personality.

"But you get a sense with Emma that she's got a really powerful personality to go along with the talent." 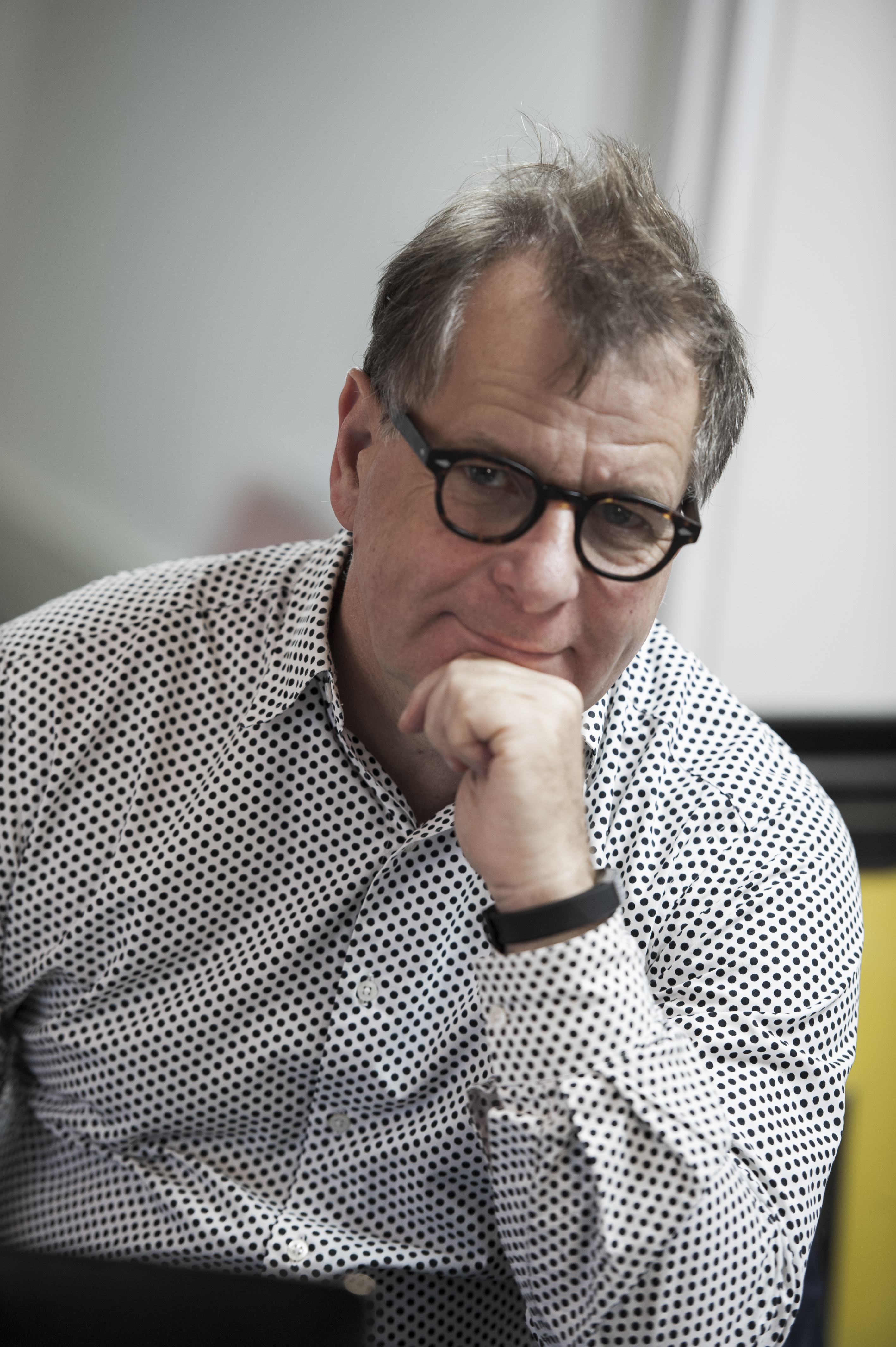 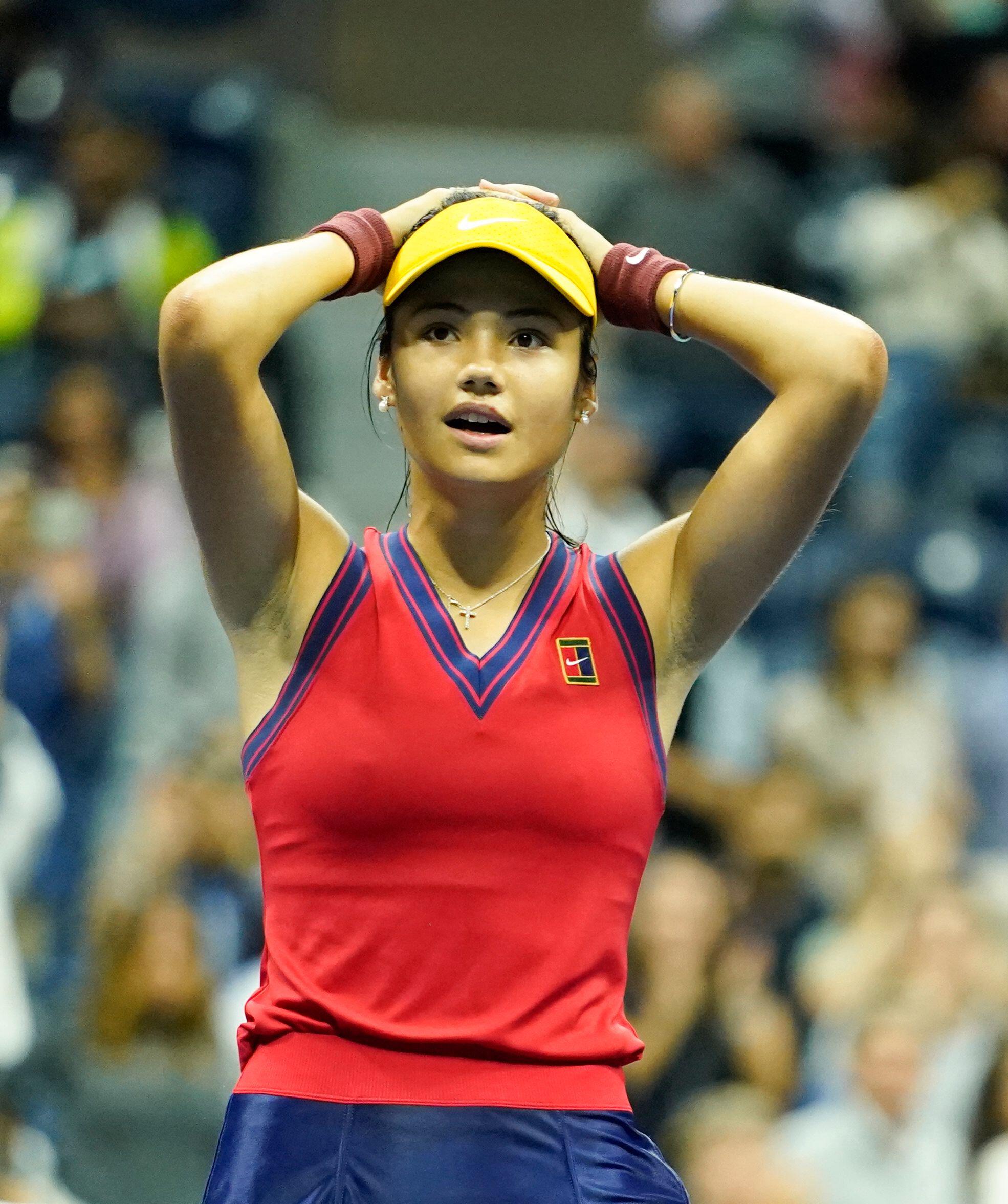 With her girl next door looks, Canadian-born Emma has also won plenty of male admirers.

But in terms of banking on her beauty, Borkowski believes her generation of followers have transcended that belief that good looks sell.

"I don't think Generation Z care about looks," he said. "It's more about ability.

"Thankfully, we're in an age now that aesthetics don't matter. It's what she represents – an attitude, a generation."

Now, the pressure is on Emma to deliver. She's the first Brit female in 44 years to make a Grand Slam.

"Any young sporting star of any generation will tell you that now it's a different ball game," Borkowski continued.

"The pressures just ratchet up and she will need her team, who will exploit her brand, help her with her mental health issues, and help her deal with fame.

"Fame gives you so much, it's a valued commodity. And there's so much fame given to people with no talent.

"But this is somebody with a God-given talent, and that takes you into a different hemisphere.

"If she can carry on her success and win Wimbledon, and marry that with the sporting persona of someone like Djokovic, that's when she's a billion dollar girl."

After a magical US Open, brands will likely be queuing up to sign Raducanu to their products.

Roger Federer, who is believed to be worth somewhere in the region of £350million, has made a fortune through sponsorship deals with high-end products that you'd associate with tennis, from Rolex to Mercedes-Benz.

For Raducanu, her next steps in regards to how much she makes commercially will have to be considered thoughtfully.

Borkowski explained: "It all comes down to very careful brand husbandry, who you get involved with, but socially and politically she represents a generation every brand wants to get at.

"She's got a great background, and she has that ubiquitous girl next door feel to her. 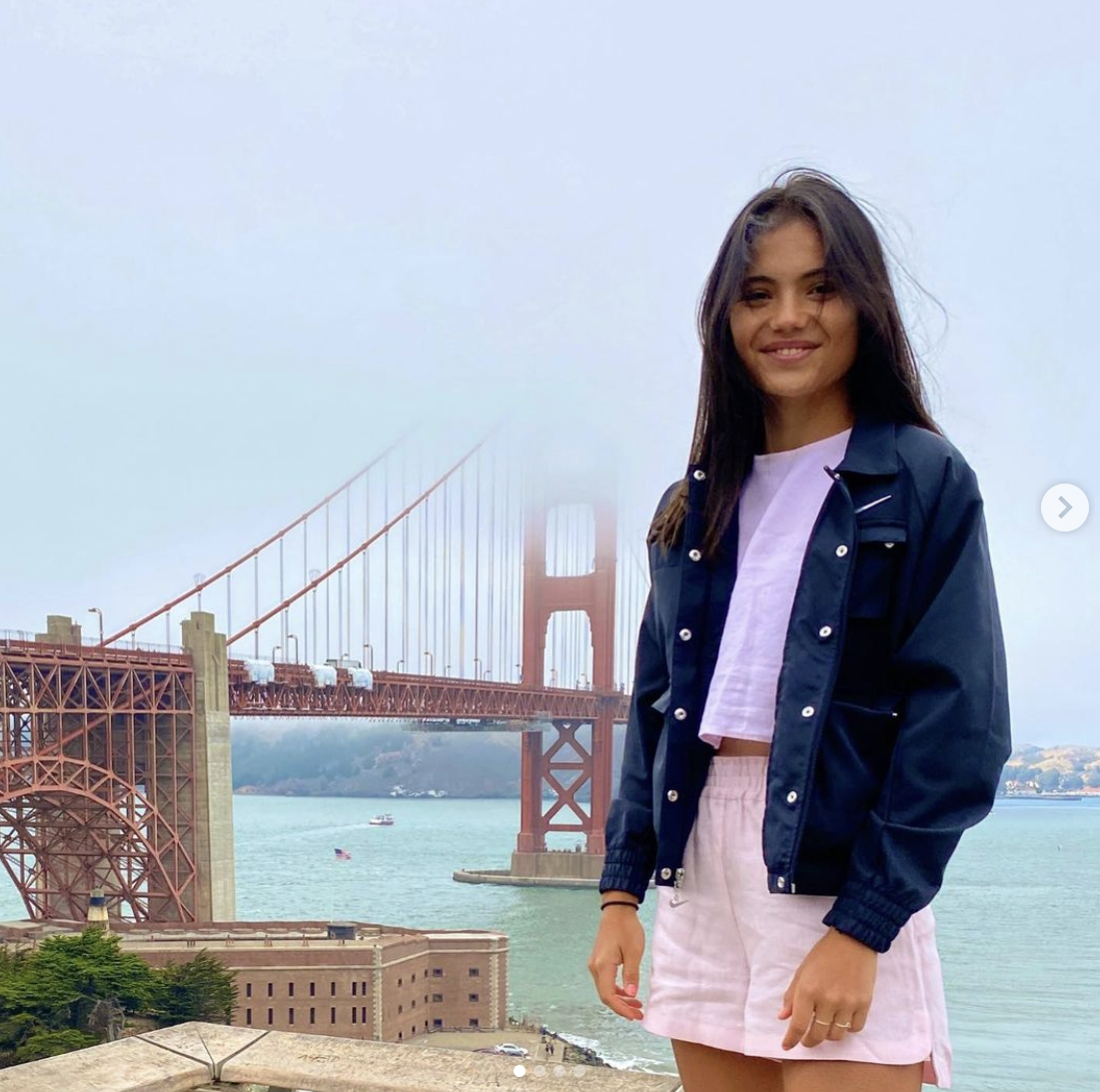 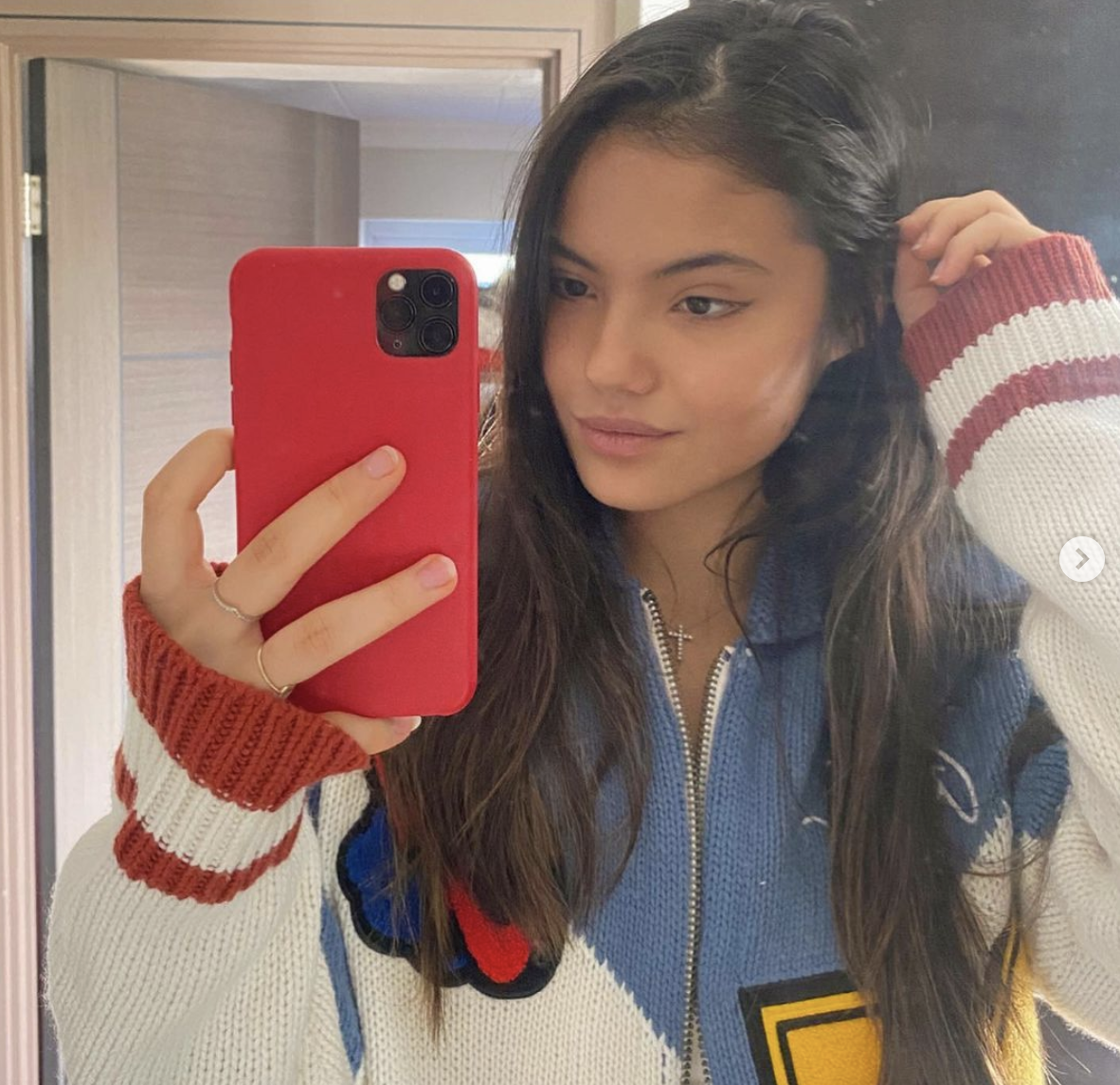 "She's not very threatening and she's also an influence and has proved that British tennis stars can succeed and could inspire the next generation.

"But this is all dependent on this trajectory going upwards.

"If it goes upwards, it's an amazing narrative. If it goes down or sideways, then we're just going to be hanging on to the hope of someone that might've been."