Three-time major winner Brooks Koepka has accused Sergio Garcia of acting like a child following the incident which led to his shock disqualification from the inaugural Saudi International.

Garcia was disqualified for "serious misconduct" under rule 1.2a after admitting to damaging greens on the front nine of Royal Greens Golf & Country Club during the third round last week. 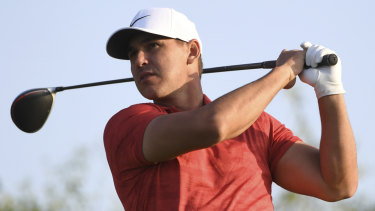 Koepka was playing two groups ahead of Garcia and therefore not directly affected by the actions of the 39-year-old, but was nevertheless unimpressed by what occurred.

"That's just Sergio acting like a child," Koepka told the Playing Through podcast.

"Everybody's got to play the same golf course. I didn't play very good, but you didn't really see anybody else doing that.

"You're 40 years old so you gotta grow up eventually. 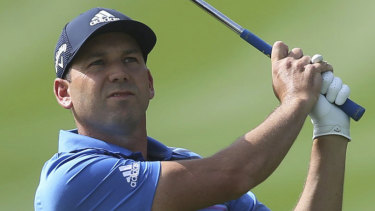 Sergio Garcia was disqualified for damaging greens at the Saudi International.Credit:AP

"It's frustrating as a player to see. To act like that, the disrespect to everybody, to act like a child out there is not cool.

"It's not setting a good example and it's not cool to us, showing us no respect or anybody else."

It is far from Garcia's first brush with authority and led to calls on social media for the former Masters champion to face a hefty fine or suspension, but European Tour chief executive Keith Pelley told the Scotsman last week: "The incident is over. We have dealt with it. Sergio has apologised to the players and we move on."

Garcia apologised for his actions and Tommy Fleetwood believes his Ryder Cup teammate will "feel terrible" about the incident.

"I know Sergio very, very well," Fleetwood said in a press conference ahead of the Pebble Beach AT&T Pro-Am.

"Whatever he's done in the spur of the moment he will clearly regret. And of course, it's not good when it's affected other players.

"I'm over it. Like it didn't affect me at all, but it's not great and it's not coming across in a great light and I know there's a lot of bad press about it.

"And I know for sure he will feel terrible about it."