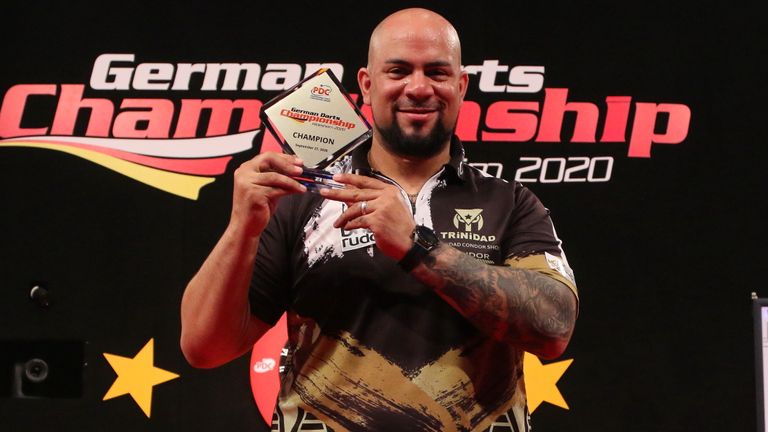 Devon Petersen is one of darts’ leading trailblazers. The South African has played an instrumental role in the sport’s growth in his home nation, but it is a responsibility that he relishes.

‘The African Warrior’ is aptly named. He has spearheaded the growth of African darts since making his PDC World Championship debut a decade ago, although it’s been the last 18 months where he’s enjoyed his major breakthrough.

The 34-year-old relocated from Mitchell’s Plains to Bradford to pursue his darting dreams in 2018 and he has reaped the rewards since – establishing himself in the world’s top 32 and winning his maiden PDC ranking title.

Petersen’s exploits have helped raise the sport’s profile back home, and at the recent World Championship, he revealed that he’s in the process of opening up an academy to facilitate the growth of darts throughout Africa.

“I think it’s [darts] still in its infancy with the growth and setting up proper structures that we can actually forge forward and be an impact on the professional tour,” Petersen told Sky Sports.

“There are loads of African players that I know of, it’s just having that opportunity. Now with me achieving some small success and having the notability and profile in South Africa, it helps a bit and I think that in 2021 and the future, we will see a lot more [players].

“I am starting the Devon Petersen Academy in South Africa and hopefully we can branch out to Africa and also then opening up avenues where we can have more African players coming through.”

Petersen’s long-term vision for the sport is irrefutable. He has injected his own money into rejuvenating darts within South Africa, illustrated by the launch of his Last Man Standing competition in 2017.

This offers the winner an opportunity to represent South Africa alongside Petersen at the World Cup of Darts, and the world No 31 insists financial backing is essential for the sport’s growth.

“Everything is planning and just pushing forward. It’s hard if you don’t have sponsorship because it becomes then where everybody has to chip in, and it’s more like a cultural thing,” he added.

“A lot of the support comes from the local leagues, which is fantastic, but they cannot support all the time. It is a last-ditch effort. We don’t want that.

“We need to have a structure where we can send players over with a peace of mind so they can perform, without having the stresses that we had before.”

Progress is certainly being made. The 2021 PDC World Championship was the first to feature two South Africans, as Cameron Carolissen made his bow in the sport’s showpiece alongside Petersen. 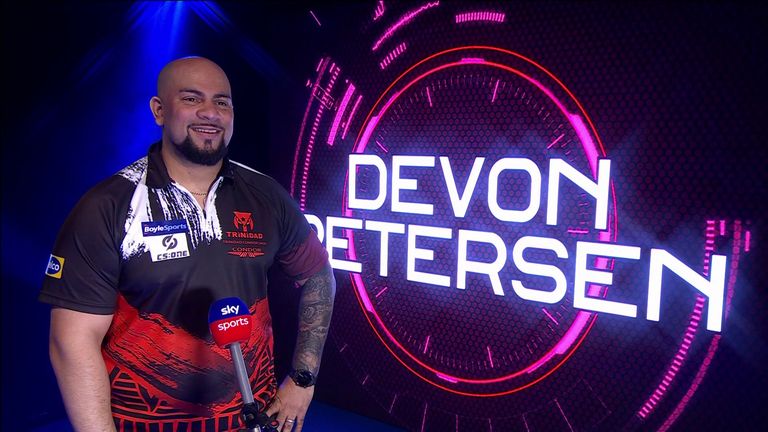 Carolissen received a bye through to the second round before succumbing 3-1 to Danny Noppert, although he has been tipped to eclipse Petersen’s successes by the man himself.

“I think Cameron has the ability to exceed what I have achieved here,” added the reigning German Darts champion.

“Everything else starts with a first step and I think that now with Cameron experiencing this and having that first taste of the stage – I remember when I experienced that.

“It made my hunger even bigger and now it means that he is going to work harder. I know he works hard regardless and that’s a South African trait and just a cultural trait itself.

“I know he will work hard and probably exceed what I have achieved so far. I’m always here for him and I wish him all the best.”

From Mitchells Plain to Muswell Hill 🎯

There will be an African vibe at the Palace 🏰 tonight ❤️ 🇿🇦 #LoveAfrica #AfricanWarrior #LetsGo pic.twitter.com/3geJYtJEBr

The appetite for the sport in South Africa was illustrated during their run to the World Cup of Darts quarter-finals in 2019, when Petersen teamed up with Vernon Bouwers.

The pair claimed the opening round scalp of fourth seeds Northern Ireland, which sparked euphoric celebrations from youth players in Mitchell’s Plains, with the clip going viral on social media among the darting community.

Petersen’s Last Man Standing competition has already unearthed potential gems, but he believes an African Tour is the next step to cultivate the stars of the future.

The PDC’s commitment to developing the global game has seen the launch of an Asian Tour and a Nordic & Baltic Tour over recent years, which has contributed to unprecedented participation within the respective regions.

‘The African Warrior’ concedes that any immediate prospect of darts becoming a professional sport in South Africa is unlikely, but he has vowed to ‘take that mantle and push forward’. 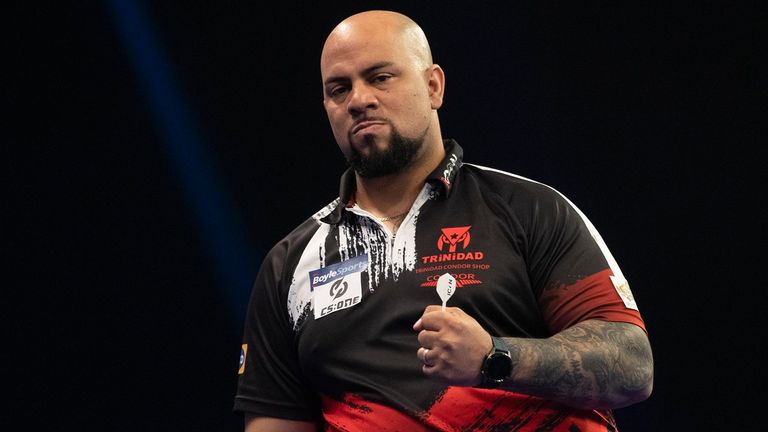 “We want to have representation at Q School so we can have players that have the opportunity to actually experience the tour, and then obviously playing and qualifying for big tournaments like the World Championship.”

Petersen on the growth of African darts

“Ultimately it’s been in the making and we’re slowly progressing towards it [African Tour],” Petersen continued.

“You can see the grassroots – Cameron Carolissen, we had Vernon Bouwers, we had Warrick Scheffer – all these young players coming through which is fantastic.

“I think that we are now at the point where we can actually push for it [African Tour]. These players have the motivation to actually come over and participate in Q School. That is where we want to be.

“We want to have representation at Q School so we can have players that have the opportunity to actually experience the tour, and then obviously playing and qualifying for big tournaments like the World Championship.

“This will then just grow the sport and make the sport more of a profile sport within the schooling system which obviously bridges the gap between sport that is played in pubs, and sport that is seen as a sport.

“It’s potentially a bridge that can be crossed as a professional sport in South Africa. I think that we are long leaps and steps away from that. We still need to forge forward and I am happy to take that mantle and push forward.”

Watch full coverage of every night of the Premier League on Sky Sports, and stick with us through the year as we bring you the latest darts news on skysports.com/darts, our app for mobile devices and our Twitter account @skysportsdarts.