Former English champion jockey Jim Crowley touched down in Melbourne on Tuesday night for his first ever trip to Australia.

He hopes to fly out next week with a giant tick on his CV – a note confirming him as a Melbourne Cup-winning rider. 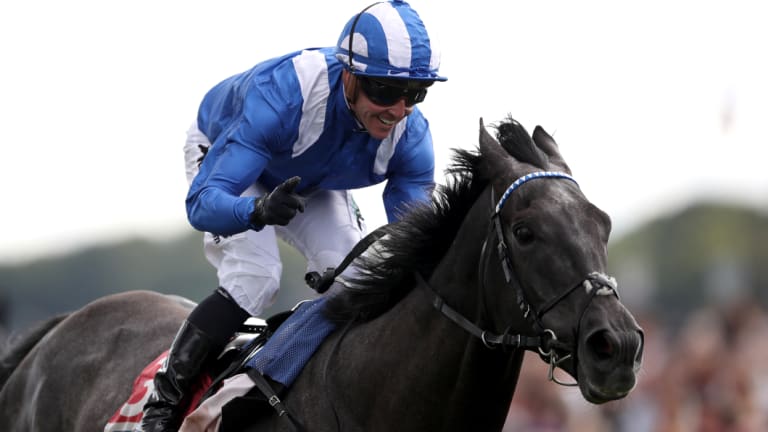 Crowley, who is the retained rider for Sheikh Hamdan Al Maktoum's Shadwell operation (whose horses in this country are usually trained by David Hayes) flies in to ride English raider Muntahaa.

The six-year-old grey was given a cool ride by Crowley last time out to win the Ebor Handicap, so often a good guide to the Cup. He will go to the start on Tuesday having had a preparation supervised by the man many regard as the best trainer in Britain, John Gosden.

Crowley has been busy since landing in this country.

"I went to Bendigo, had a few spins around there. I made a good start, and I’m looking forward to Tuesday," he said.

"I’m riding Quafila for David Hayes. I’m riding a bit of trackwork, trials there (Flemington) on Friday morning. I’ve got a few rides on Cup Day as well."

Muntahaa, a son of Dansili, was a very highly-regarded younger horse who seemed to lose his way a little. But his last start Ebor win was his best performance – although he has also run fourth to subsequent Caulfield Cup winner Best Solution at Newmarket in July.

There were suggestions that his temperament might be a little flighty for the big crowd and occasion he will face on Cup Day, but Crowley says that won't be an issue.

Speaking at Werribee on Thursday morning, Crowley said: "Obviously you would have concerns. But at York, when he won the Ebor, it’s not the same as here, but it’s still a fairly big day and he was good that day.

"He’s growing up, he’s getting mentally better as he gets older. Hopefully he can take it all in.

"He’s a strong traveller. He used to pull hard in his younger days but he’s got better in his last few starts. In the Ebor he was the last horse off the bridle.

"At the furlong pole, everybody was pushing away and he was just sat there and I pressed the button.

Not that he is overly optimistic: at least not publicly.

When asked what the dangers might be, he said: "I think any of them have a chance, really.

"Yucatan deserves to be favourite. Best Solution. The first six in the betting have all got outstanding chances, really."