YOU can’t beat it when a plan comes together… and, with Yala Enki, it definitely did.

I told you how I was desperate to win a big one on him, so you can imagine how great it felt to finally manage it at Cheltenham. 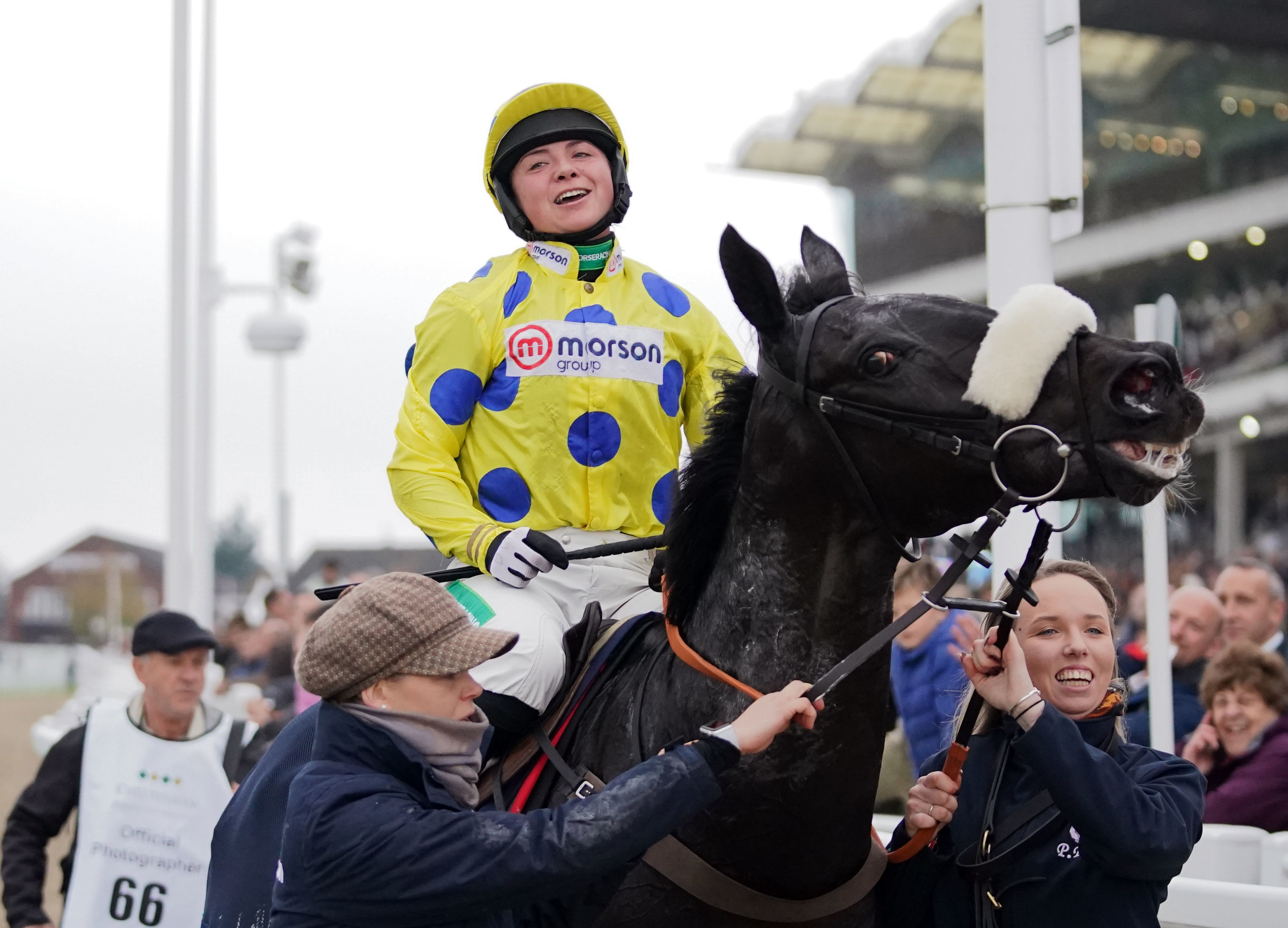 Not even a two-day ban for careless riding could rain on Yala’s parade or take the gloss off it for me, I was so pleased for him.

It was a bit of a surprise to be called in by the stewards, and the outcome even more so.

But as much as I really appreciated his owner, Mr Hitchens, saying he wanted to appeal, it’s only right to explain why I decided against it.

For a start you have to take a day out to go to London for the hearing, which obviously means no riding.

And with a two-day ban, you can switch one of them, and if that’s, say, a Sunday when there’s only racing at the northern tracks, there’s the other one.

So as much as I was grateful to Mr Hitchens, I just felt there’s a time and a place to fight your corner, and it isn’t now.

It was a bit of an eye-roller, and let’s leave it at that. As I say, it was a brilliant day for us and especially for Yala, who absolutely loved it.

He jumped brilliantly all the way, the best he ever has for me, which was especially great coming after a fall in the Grand National, which could have played on his mind.

But there was none of that. He took the first like a speed ramp and was all guns blazing for the first mile.

I must admit Yala is verging on the side of being bonkers, but to retain all that enthusiasm at the age of 11 — going on four! — I take my hat off to him.

We spoke about the fractions before the race. Everyone was on the same page and Yala was just brilliant. That’s what I mean about a plan coming together!

I’m at Ascot for four rides today, starting with Flemenstide (12.20), who has his first race over hurdles.

Forget his last bumper run, up at Ayr, because terrible traffic meant it took ages to get up there and for a young horse to spend such a long time in the lorry is never a good thing. He’s done plenty of schooling at home, popped over lots of hurdles and he should go well.

Then I’m on Jeremy Pass (12.55) in the novices’ handicap chase, He jumped well in his first race over fences, but found one slightly better than him. He will build on that.

GRAND NATIONAL STAR IN THE MAKING

My third ride is Dolos (3.15) in the handicap chase, who is only eight but has certainly got plenty of miles on his wheels.

I do worry the handicapper has him in his grip right now, but he deserves a big one. He’s always in there against very good horses, and he’ll pop up at some stage.

I finish with Another Mystery (3.50) who makes his debut for Lucy Wadham in the bumper. I don’t know a lot about him but he won his point-to-point, and this is a good start for him.

I must mention Next Destination (3.00 Haydock), too, who goes for the Betfair Chase.

It’s a deep race with the likes of A Plus Tard and Bristol De Mai in there, but our lad jumps and stays well, finds a rhythm very quickly and is super relaxed.

He’s such a kind horse, very well loved in the yard, and you wouldn’t be scared of pushing on from five-out. He has all the stamps of a Grand National type at some stage.

Until next week, keep kicking…