BERND LENO suffered an injury so horrific that BT Sport refused to show it – with the German angrily lashing out at Neal Maupay following their collision during Arsenal vs Brighton.

The Gunners goalkeeper, 28, appeared to pick up a nasty knock following a collision with Albion striker Neal Maupay. 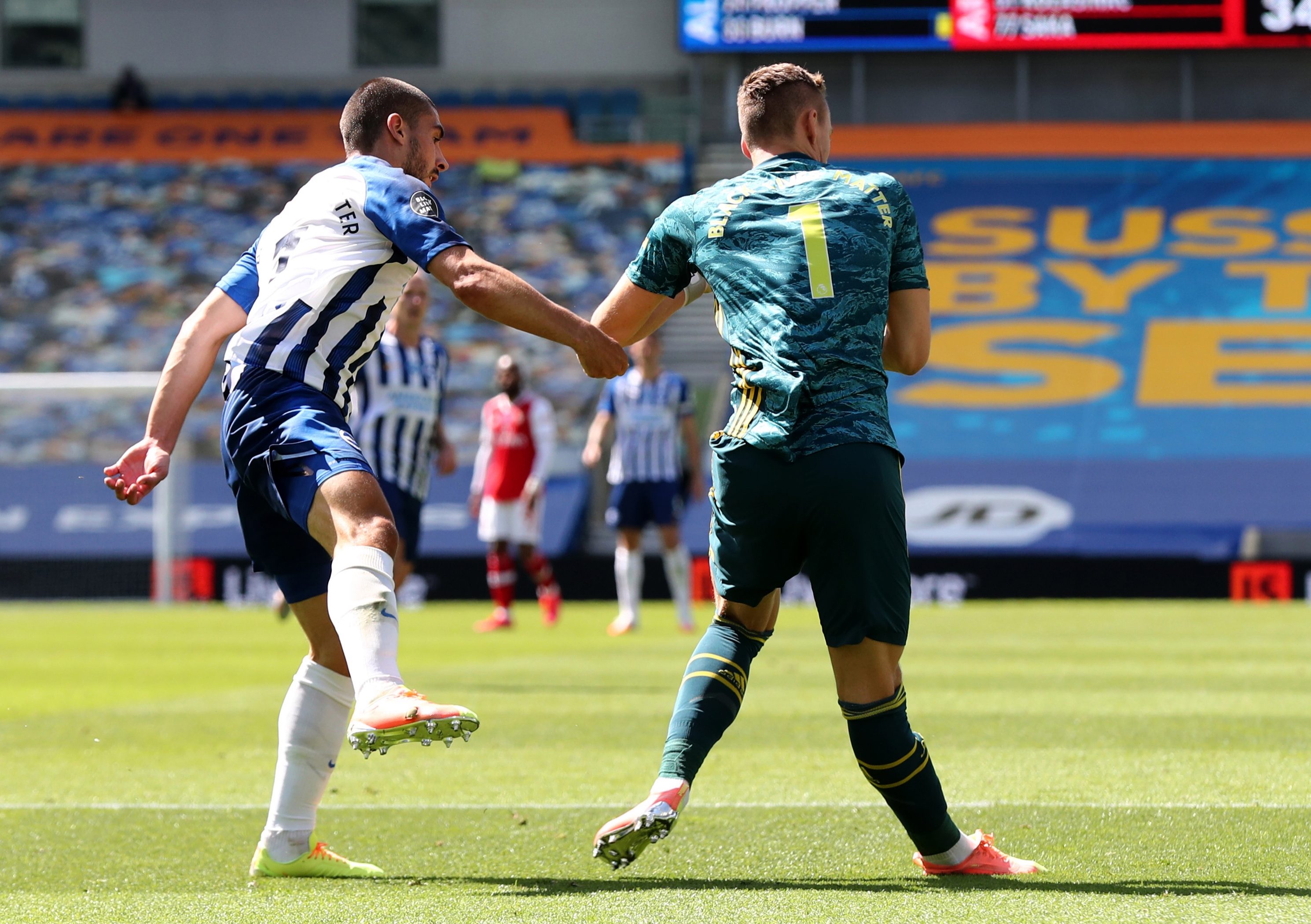 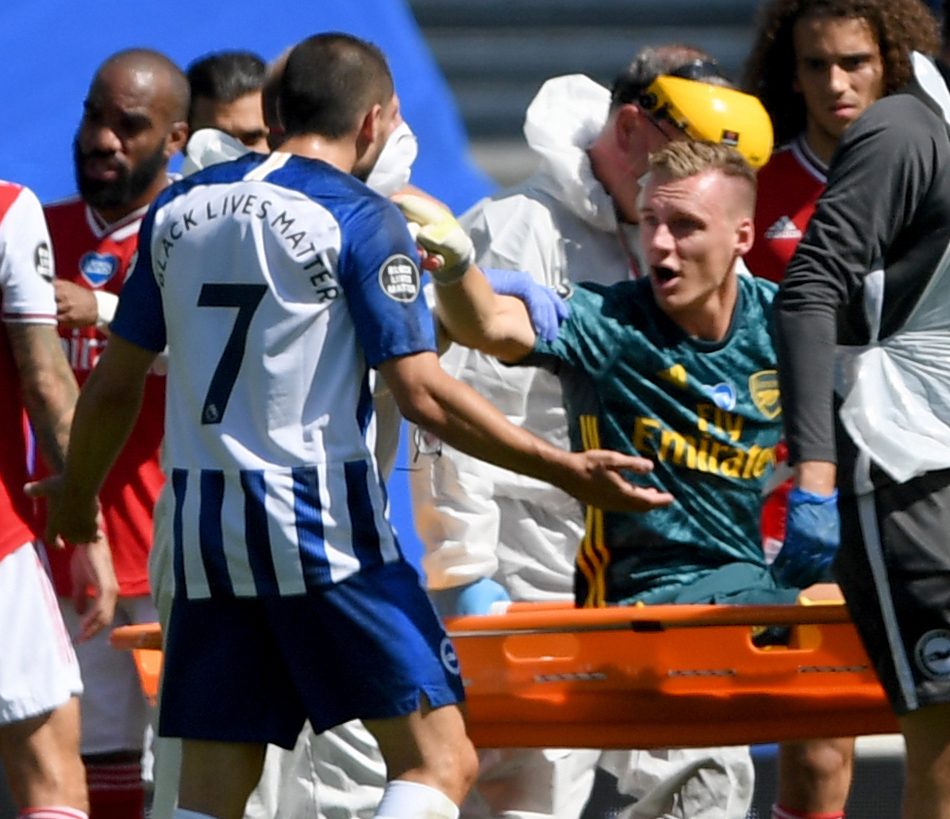 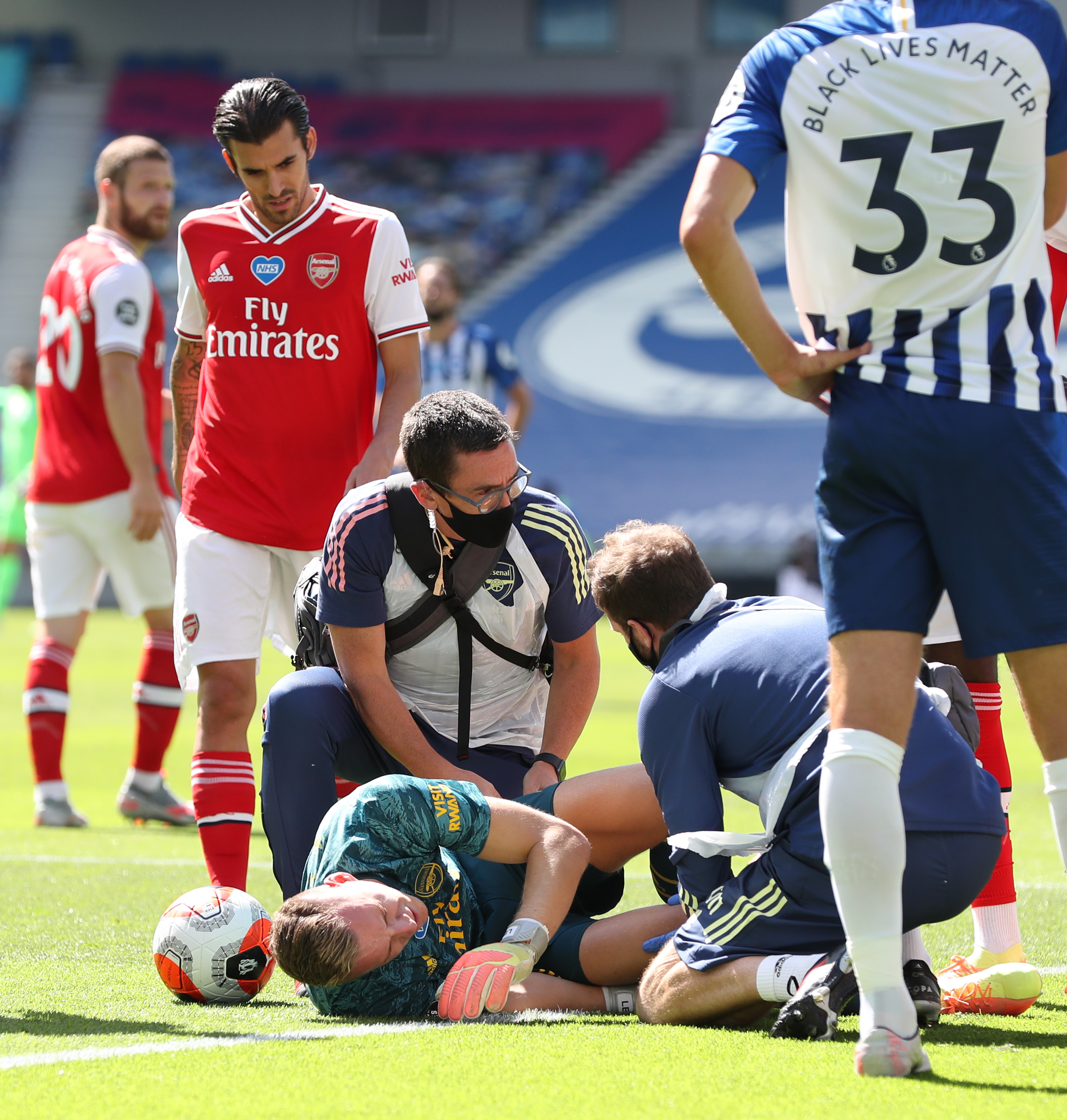 Leno's knee appeared to give way from underneath him after bending backwards – usually a sign of a horror ligament-related injury.

The Arsenal ace let out a scream in agony as he crumpled to the turf, as medics rushed to treat him – leading to a five-minute delay in action.

As he was taken off on a stretcher, Leno shouted and pointed furiously at French forward Maupay – to be replaced by Emiliano Martinez.

In what is quickly becoming a nightmare first week back for Mikel Arteta, Arsenal had already been thumped 3-0 by Manchester City on Wednesday night.