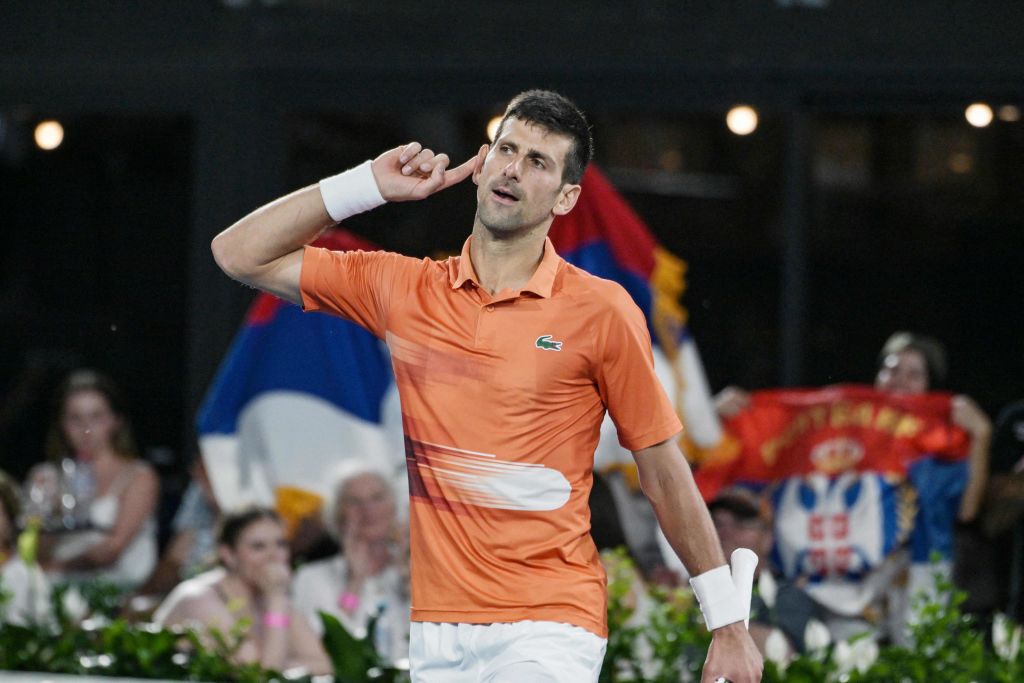 Australian Open organisers have vowed to kick out anyone booing Novak Djokovic when the tournament gets started on January 16.

The 21-time Grand Slam champion is attempting to win the Australian Open men’s single title for the 10th time and he has already won it more than any other player in history.

But the Serbian has made some enemies Down Under since he was engulfed in a political row over coronavirus vaccinations when he travelled out to Melbourne Park last year.

In the end he was deported from Australia and barred from playing after spending time locked up in an immigration facility.

His refusal to get the vaccine, a topic he has been outspoken on, has seen him labelled an ‘anti-vax poster boy’ and he was also unable to compete at the 2022 US Open due to his stance.

The 35-year-old will be present at this month’s 2023 Australian Open, though, after he was granted a visa in November as he looks to equal Rafael Nadal on 22 major singles trophies, having moved ahead of Roger Federer’s 20.

Tennis Australia boss Craig Tiley has now confirmed that fans will be ejected if they unfairly target Djokovic when the major tournament gets up and running.

‘If they disrupt the enjoyment of anyone else – boom, they are out,’ he told the Herald Sun. ‘We don’t want them on site.

‘They can stay away or we will kick them out.’

Djokovic recently spoke to the media and admitted that he will never forget what happened at the Australian Open last year.

‘You can’t forget those events,’ he said. ‘It’s something I have never experienced before and hopefully never again but it is a valuable life experience for me and something that will stay there. But I have to move on.

‘What happened to me 12 months ago was not easy for me or my family or team. It was disappointing to leave the country like that but I was really hoping to get permission to play back in Australia.

‘It’s a country where I have had tremendous support. I have always played my best tennis here.’