IT'S almost impossible to tip a 16-year-old to make a breakthrough into a Premier League giant's first team, stay there and become a success.

But the outrageously talented Charlie Patino has all the ingredients to become an Arsenal legend like Liam Brady, say Gunners insiders. 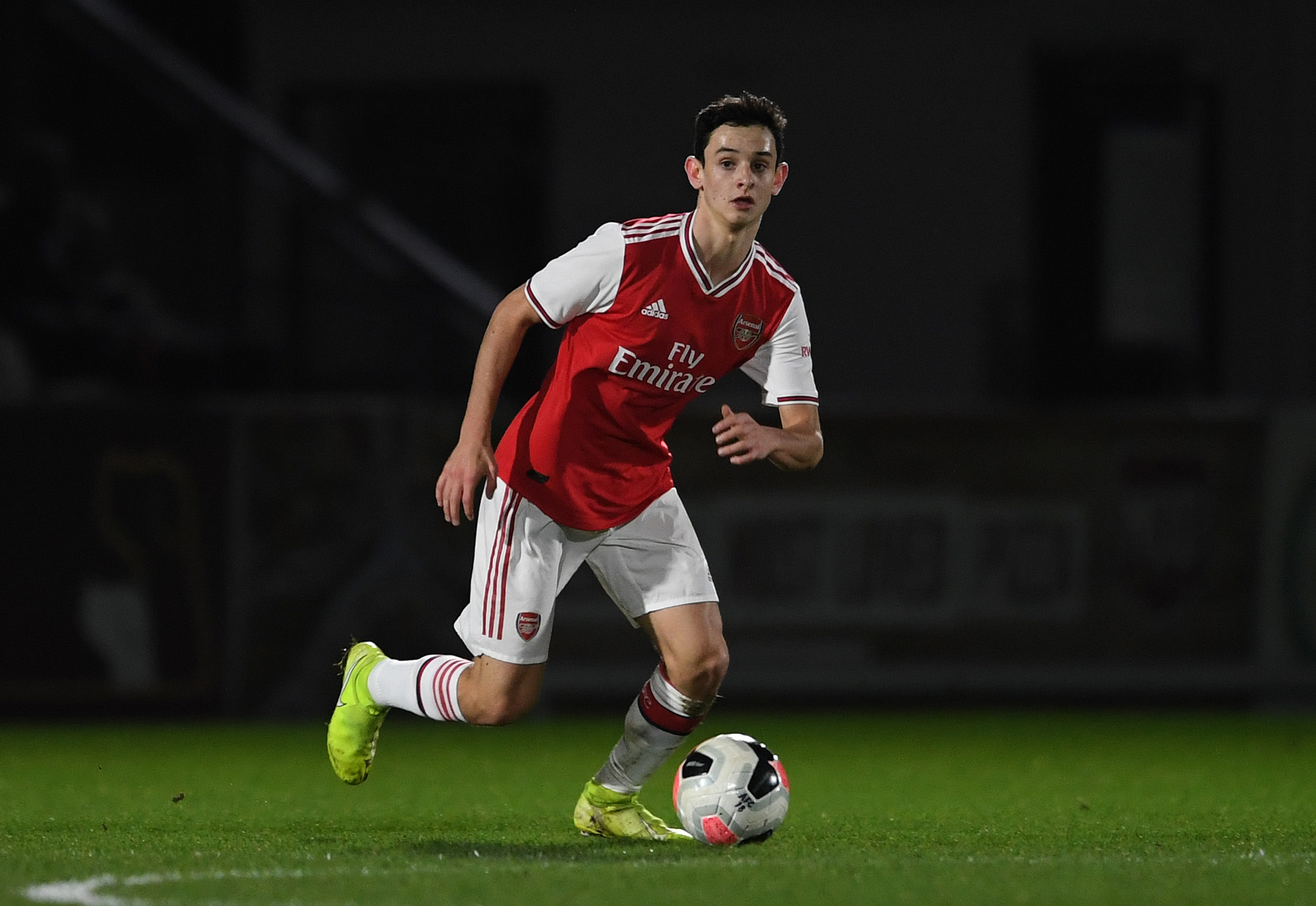 The 5ft 11in midfielder is said to boast similarities to Manchester City's Phil Foden in the way he plays.

Left-footed Patino is also rated as a better prospect than Jack Wilshere was at 16, with the pair following a similar path to North London.

FROM LUTON WITH LOVE

Like the former Arsenal darling Wilshere, Watford-born Patino got his start at Luton Town.

Aged 11 the bigger clubs started swooning around the playmaker – with Manchester City, Chelsea and Tottenham all clamouring to secure the young boy's services.

But he chose the Gunners in 2015, who had to pay the Hatters a £10,000 compensation fee, because of their proximity to his family home in St Albans.

His Spanish father Julio told Luton Herald & Post at the time: "Opportunities like this don’t come too often so you’ve got to take them and we’re absolutely delighted for him.

“When clubs like Arsenal, Chelsea, Man City, Tottenham, come knocking on your door, there’s a reason behind it and you can’t just say ‘no thanks, I’m quite happy where I am.’

"Luton Town didn’t want to lose Charlie, they absolutely love him there, but they realised for him to develop further he needs to move on." 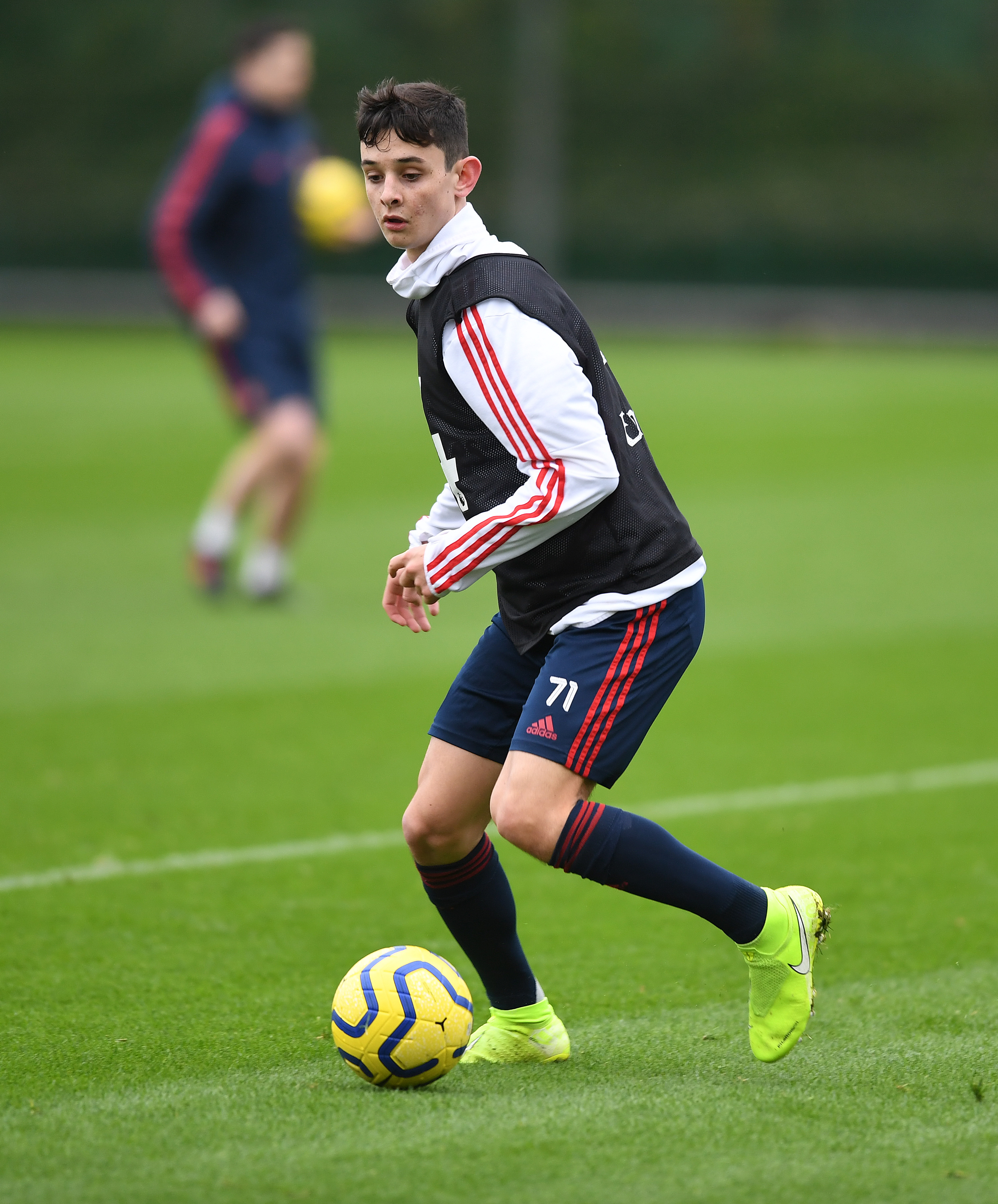 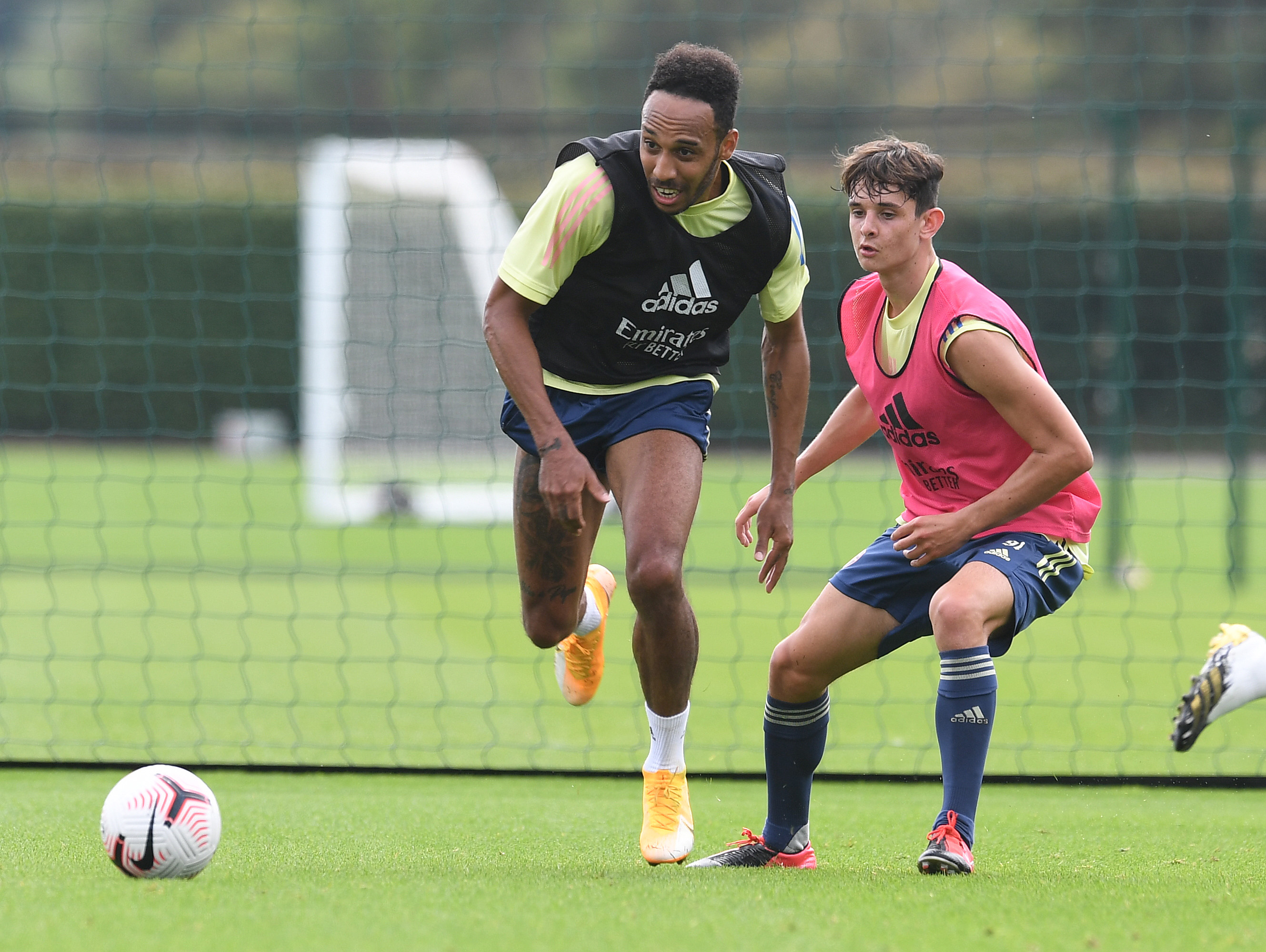 Charlie soon rose through the ranks for Arsenal's youth sides, playing in a higher age group for both club and country.

As a 14-year-old, he captained England in an U16 match against Spain.

While at the same age, Patino also starred for Arsenal's U18s against Chelsea.

Last season, before the coronavirus pandemic halted youth football, he had broken into the U18s permanently.

In a drab FA Youth Cup tie against Cheltenham Town, that was ruined by heavy rain and gale force winds, Patino was the standout player.

The game went to penalties after it finished 0-0, and it was brave Patino who scored the decisive spot-kick. 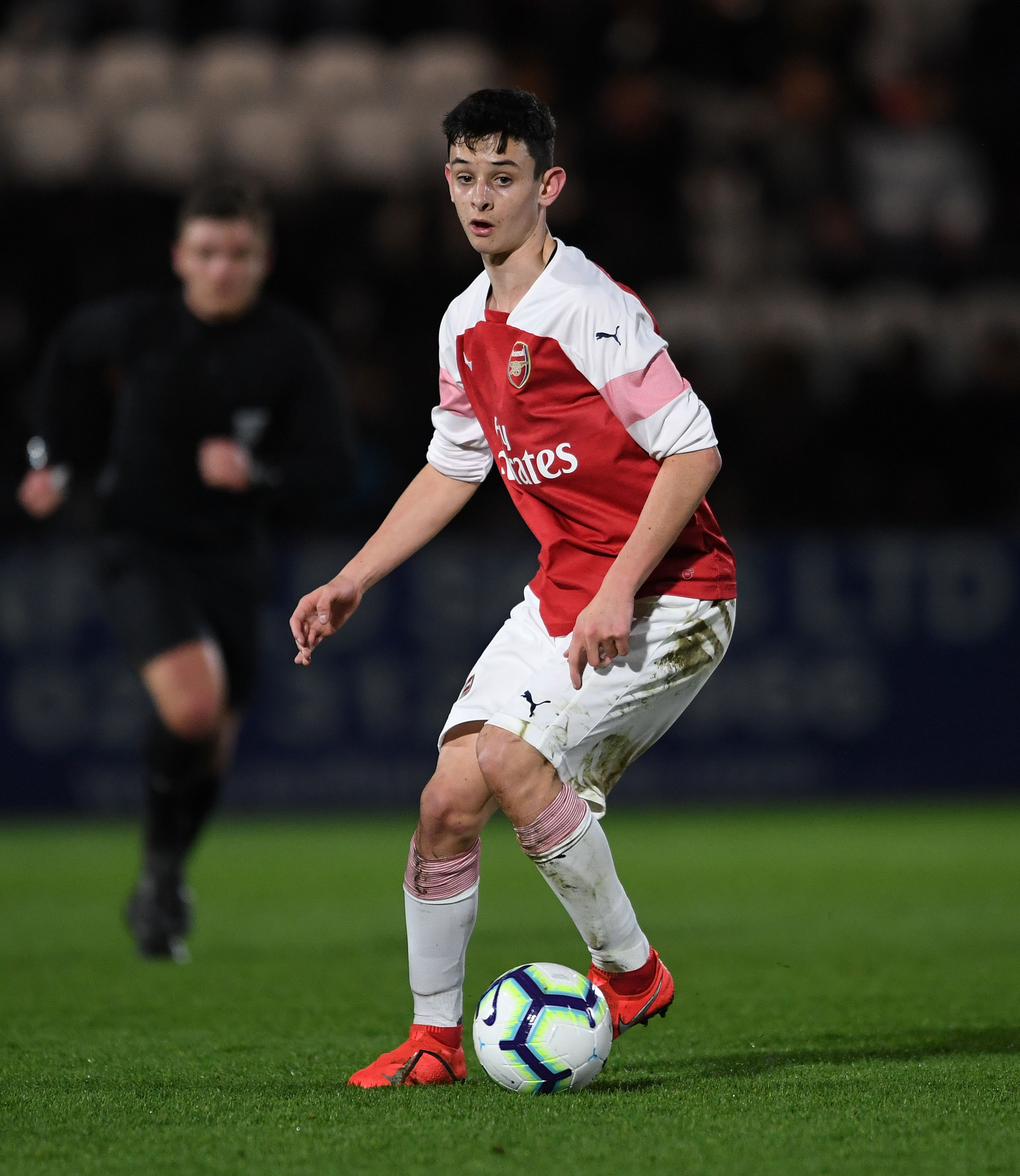 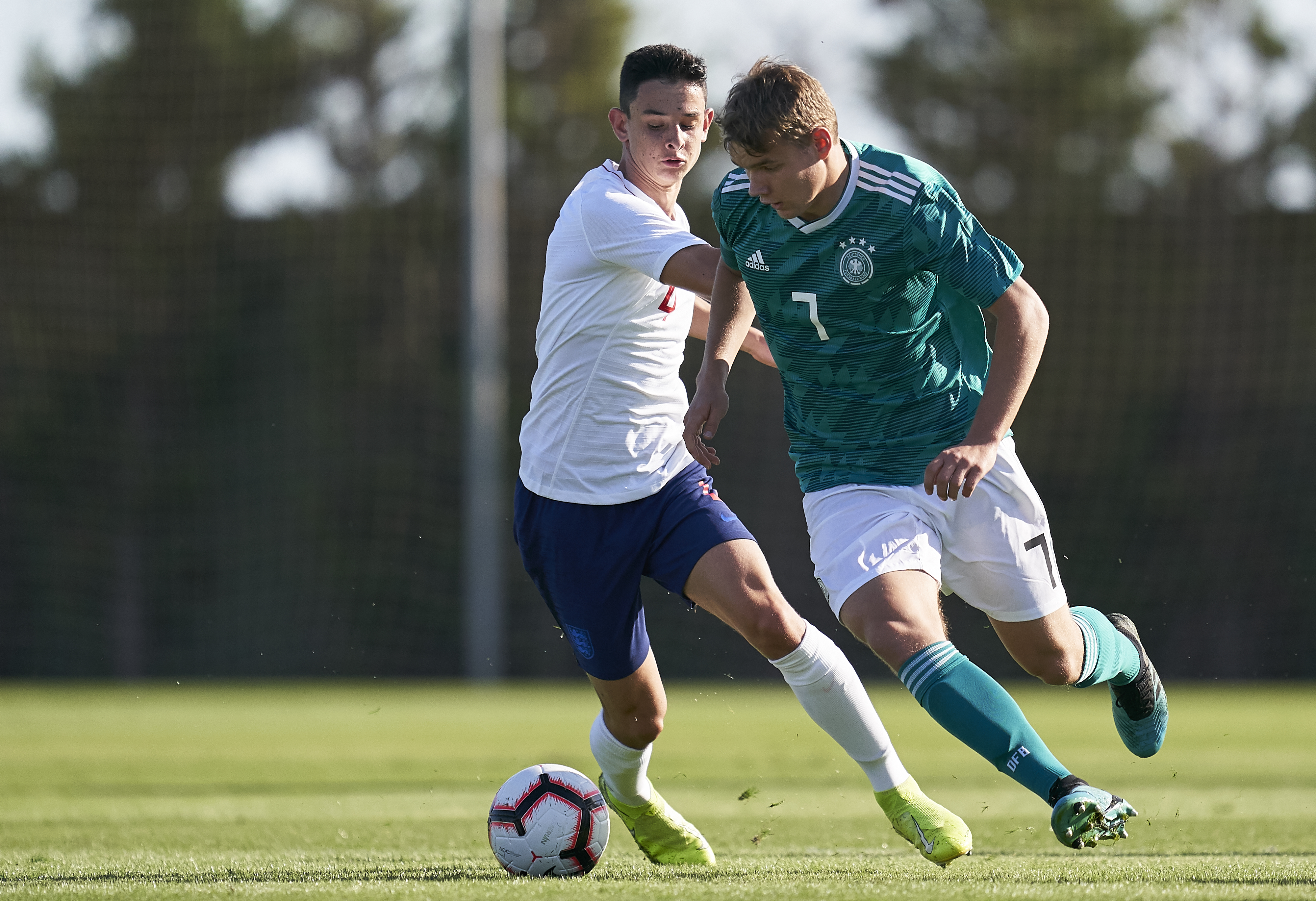 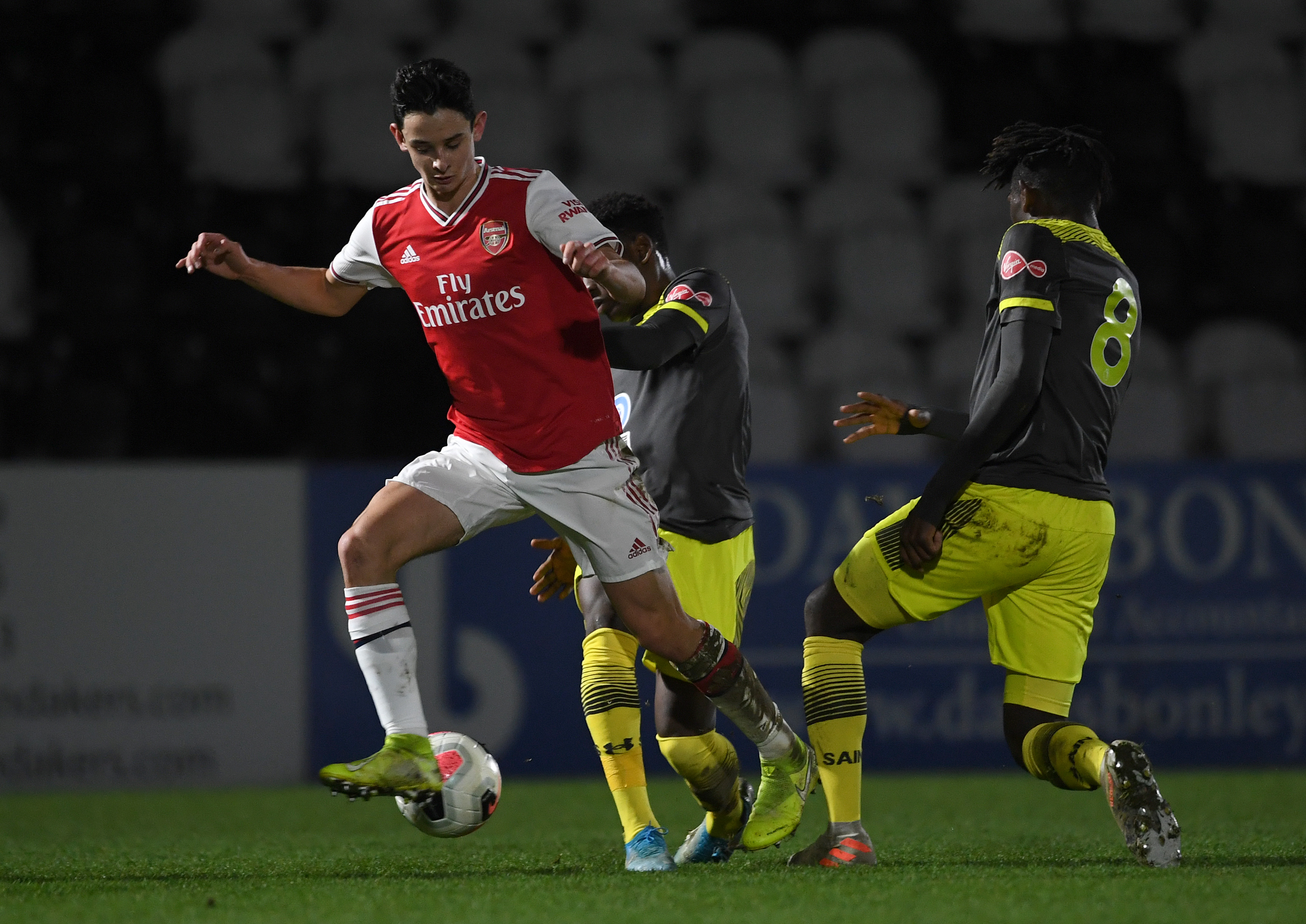 Like Brady, Patino has the ability to be a game-changer and orchestrates play from the middle of the park.

He is extremely comfortable on the ball and can hurt the opposition with a defence-splitting pass from deep and in a No.10 role.

His work-rate has been commended, as well as his respectful and polite nature off the pitch.

In style, because of his frame, Patino has been compared to England star Phil Foden.

Arteta, who worked with Foden at Manchester City, would be the best judge of that.

TRAINING WITH THE FIRST TEAM

The Spaniard is said to have been mightily impressed by what he's seen so far of Patino, who signed scholarship terms this year.

And last month, Arteta had the youngster training alongside the likes of Pierre-Emerick Aubameyang and Willian to familiarise him with the first team set-up. 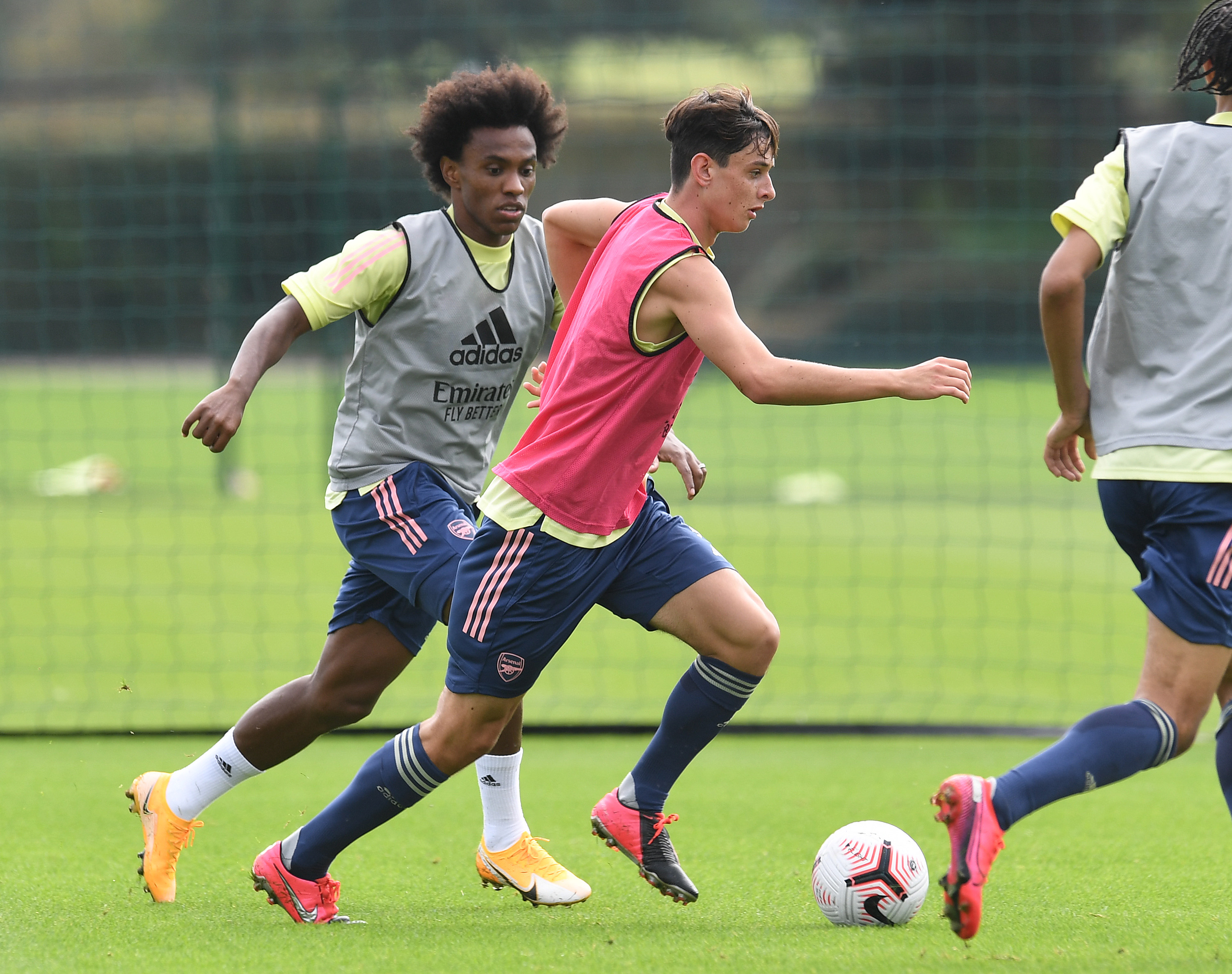 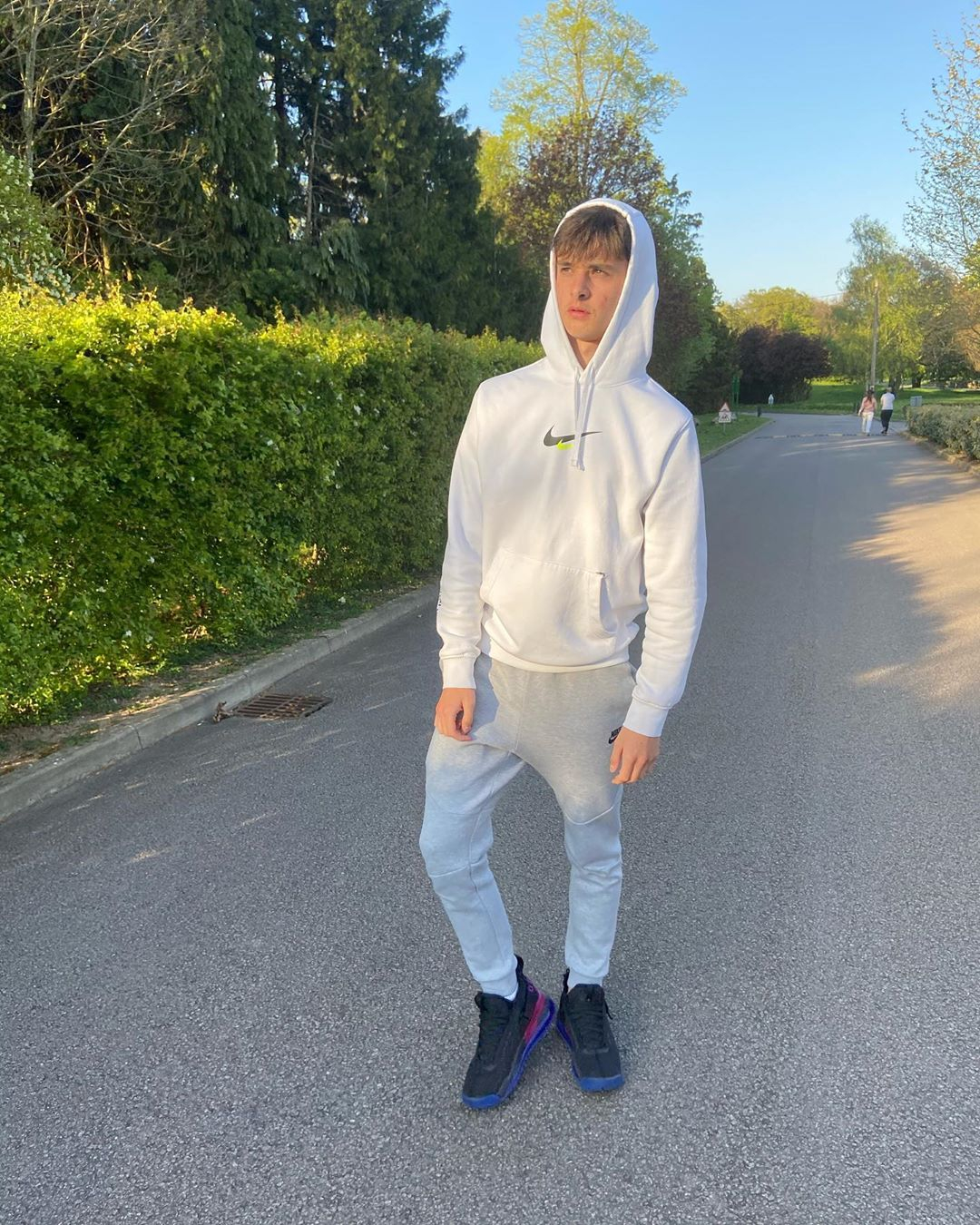 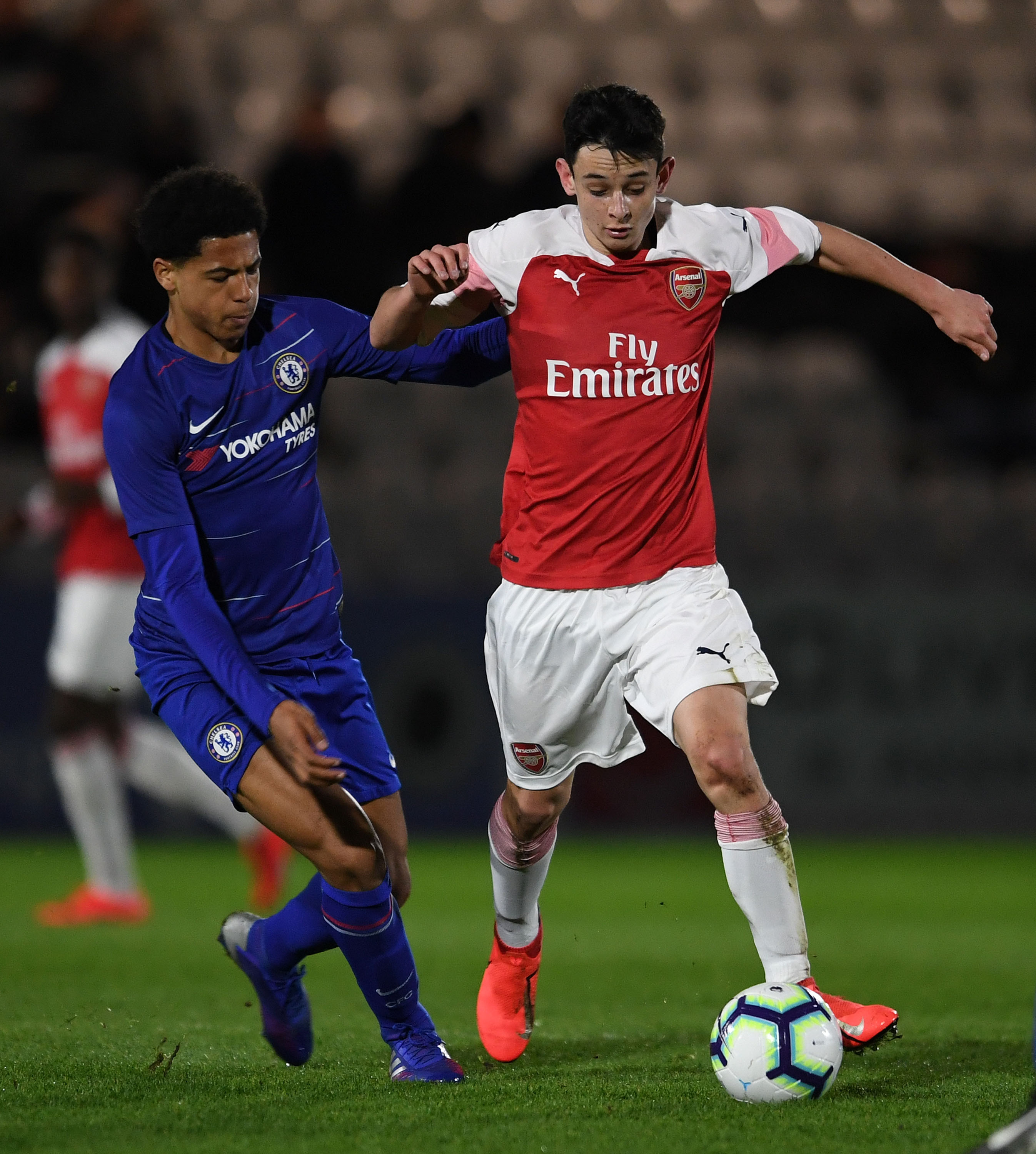 With Arteta's willingness to give kids a chance, it might not be long before Patino gets a runout at the Emirates.

Wilshere holds the record for youngest ever Arsenal debutant at 16 years and 256 days.

Don't bet against Patino breaking that.