NEWCASTLE have been given a boost in their quest to permanently sign Joe Willock with Arsenal reportedly willing to sell him for £20million.

The 21-year-old has starred during his loan spell at St James' Park since joining during the winter transfer window. 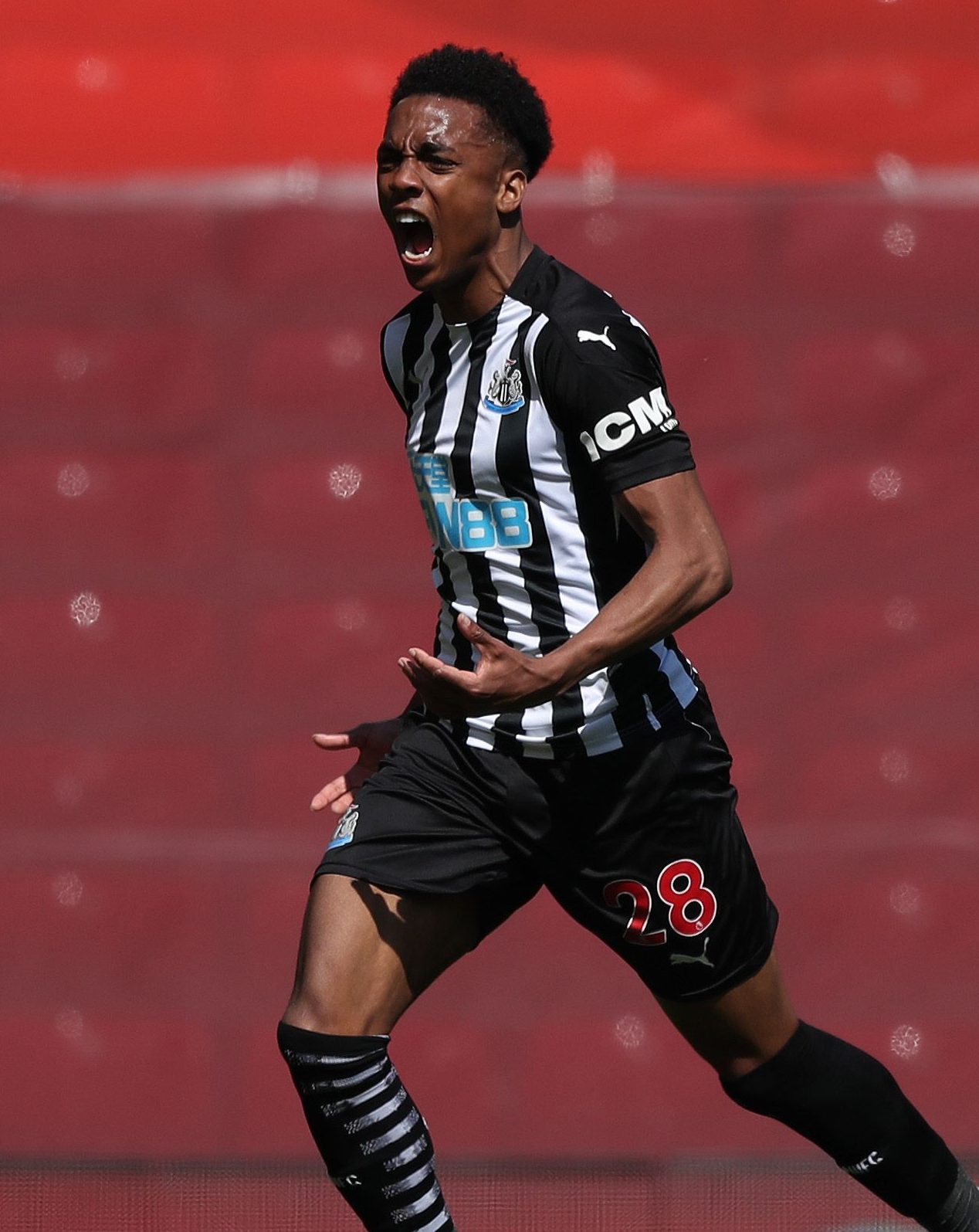 Willock has been instrumental in helping the Magpies avoid relegation having fired in five Premier League goals in 11 games.

Four of those strikes have come in his last five outings, having found the back of the net in the draws against Tottenham and Liverpool, and wins against West Ham and Leicester.

And according to the Telegraph, the Gunners expect to part ways with the England international in the summer.

The North Londoners believe they can offload the midfielder for £20m due to his fine form.

And with Arsenal looking to heavily invest at the end of the campaign, all signs point towards Willock being sold to fund offers for their top targets.

Willock revealed in February that his future may not lie at the Emirates having been reduced to a bit-part role under Mikel Arteta.

He even stated he would be happy to remain at Newcastle next season after settling in to life on Tyneside.

“When I first came here, I was a bit apprehensive of how I would take to it because I’d never left Arsenal.

“I’d been at Arsenal since I was four and a half, so coming to a new club, coming up north to Newcastle was a bit scary.

“But as I came here and settled in and saw the love from the fans hat I’m receiving, of course I’d love to continue playing here.”

And Toon boss Steve Bruce has made no secret of his desire to keep WIllock at the club.

He told talkSPORT: "All of us would love to [make it permanent].

“He’s 21, a midfield player and he’s got five goals since the turn of the year, so of course we want him – but we have to respect that he’s Arsenal’s player.

“I’m sure Arsenal will have big discussions this summer, but if there’s a possibility that we can bring him back we’d love to do it.”