‘The UK is a bit pretentious for me’: Ant Middleton says he’s planning to move to Australia next year after ‘witch hunt’ following his axe from SAS: Who Dares Wins for ‘personal conduct’

Ant Middleton has said that he is planning to move to Australia next year as the UK is a ‘bit pretentious’ for him.

In March, the former soldier, 40, was dropped by SAS: Who Dares Wins due to his ‘personal conduct,’ with the soldier fiercely denying claims that he was axed for making ‘inappropriate’ comments to female staff.

Ant, who has continued filming the Australian version of the show and is currently in Sydney, has now revealed his plans to move Down Under in 2022 and boldly claimed that there was a ‘witch hunt’ against him in the UK. 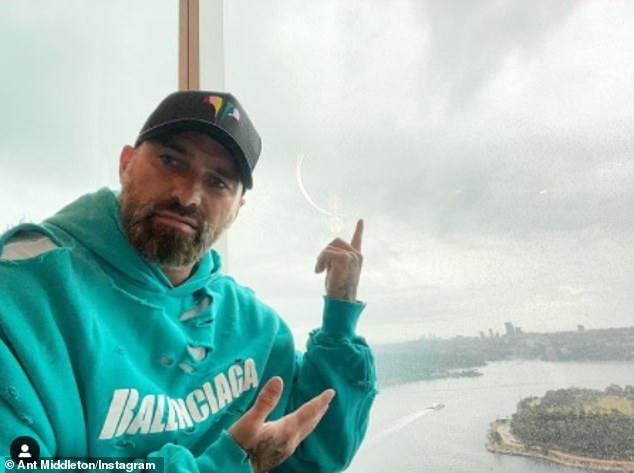 Plans: Ant Middleton has said that he is planning to move to Australia next year as the UK is a ‘bit pretentious’ for him (pictured in Sydney this month)

According to the Mirror, the soldier-turned-presenter told The James Smith Podcast: ‘I feel like I fit in here [Australia]. That’s very strange being the person that I am.

‘I don’t know whether the UK is a bit pretentious for me, a bit too PC for me, where I can’t be myself.

‘I have to suppress a part of me to fit in, which I don’t like doing and I won’t do as you’ve probably seen but here you’ve got that balance that right.’

Ant went on to claim that there has been a ‘witch hunt’ against him in the UK, remarking: ‘Witch hunt? I never thought that existed until the latest shenanigans with SAS UK.’ 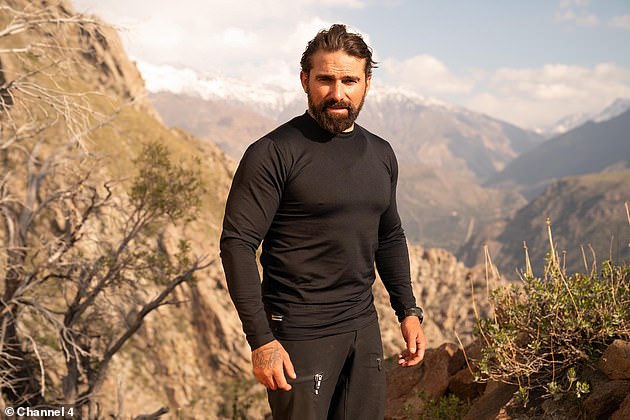 Exit: In March, the former soldier, 40, was dropped by SAS: Who Dares Wins due to his ‘personal conduct,’ with the soldier fiercely denying claims that he was axed for making ‘inappropriate’ comments to female staff

He added: ‘Ultimately people can see through it and know I was pushed before I could jump.’

Talking about his plans to move to Australia next year with his wife Emilie and their four children, he also has a son from his first marriage, Ant said: ‘I’ve got a great connection with Australia. My wife also loves Australia.

‘She did a gap year out here when she was young. She’s always said, “Let’s move to Australia”.

‘So when SAS Australia came up, I was like, “Let’s see the layout, let’s see how it goes”. We’ve sort of made a decision to move out here next year.’ 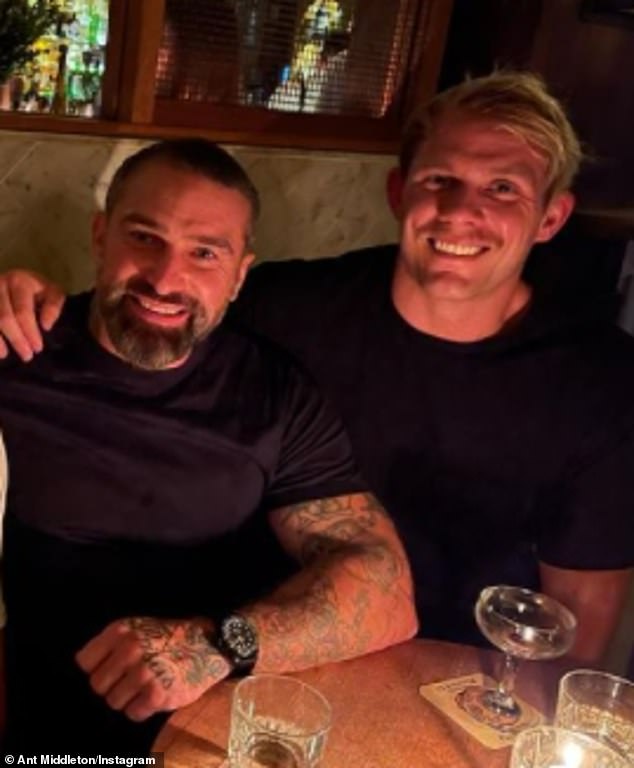 ‘Witch hunt’: Ant, who has continued filming the Australian version of the show and is currently in Sydney, has now revealed his plans to move Down Under and boldly claimed that there was a ‘witch hunt’ against him in the UK (pictured with podcast host James Smith this week)

It comes after Ant sent a defiant message to his former employers at Channel 4 on Monday, two months after being sacked from SAS: Who Dares Wins.

Taking to Instagram, the father-of-five pictured himself brandishing a large sword while posing with his fellow instructors on location in Sydney for the Australian version of the show.

Captioning the image, he wrote: ‘Now you can see exactly what I’ve been fighting against the past couple of years!

‘I will always fight for authenticity and against any political agenda forced into my work! I will continue to fight it with a readied sword whilst never being afraid to lead the charge!

‘Unfortunately I fought this battle alone and you can clearly see now that I was pushed before I jumped… I am not and never will be a YES man so if you want real, then you know where to come! 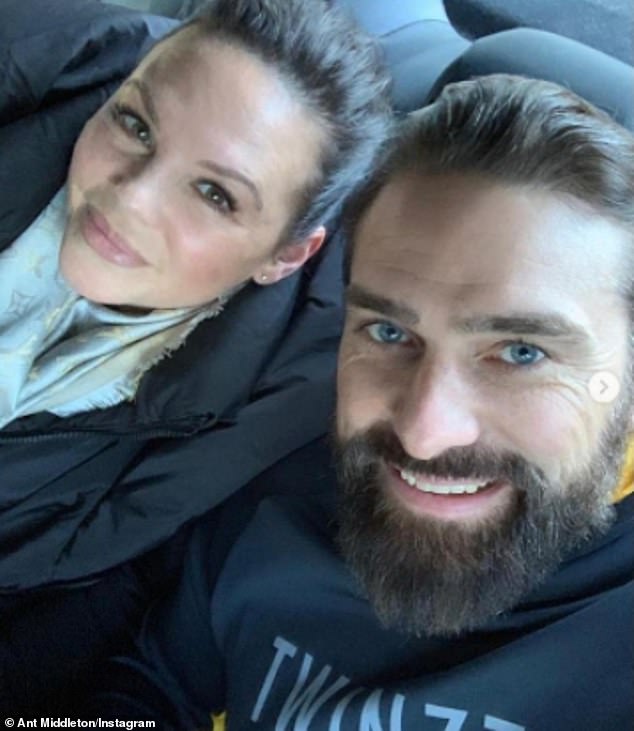 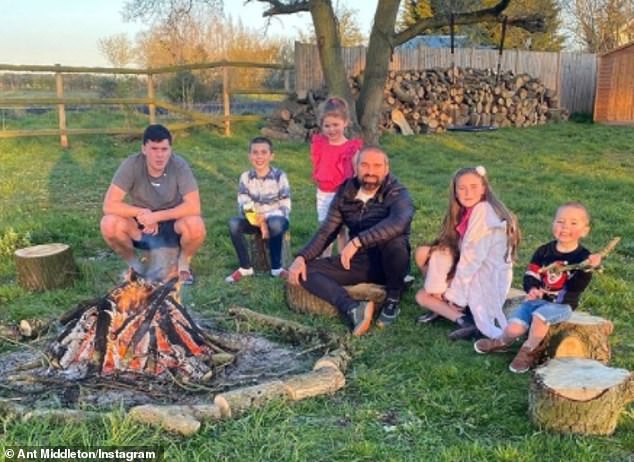 Family: The couple share four children, he also has a son from his first marriage (pictured with his five children in 2020)

‘Huge respect and gratitude to @channel7 here in Australia for giving me back control of my show and making BY FAR the toughest and most authentic show on the planet! So proud to be part of the family!’

Ant’s abrupt departure from SAS: Who Dares Wins, the show he helped launch in 2015, was confirmed by Channel 4 just two weeks before filming for its next series was scheduled to begin.

A spokesperson for Channel 4 told MailOnline at the time: ‘Ant Middleton will not be taking part in future series of SAS: Who Dares Wins.

‘Following a number of discussions Channel 4 and Minnow Films have had with him in relation to his personal conduct it has become clear that our views and values are not aligned and we will not be working with him again.’

Ant then ‘wholeheartedly’ denied claims he ‘joked about having sex with a female contestant’ on after previously hitting back at claims he made improper comments to female staff. 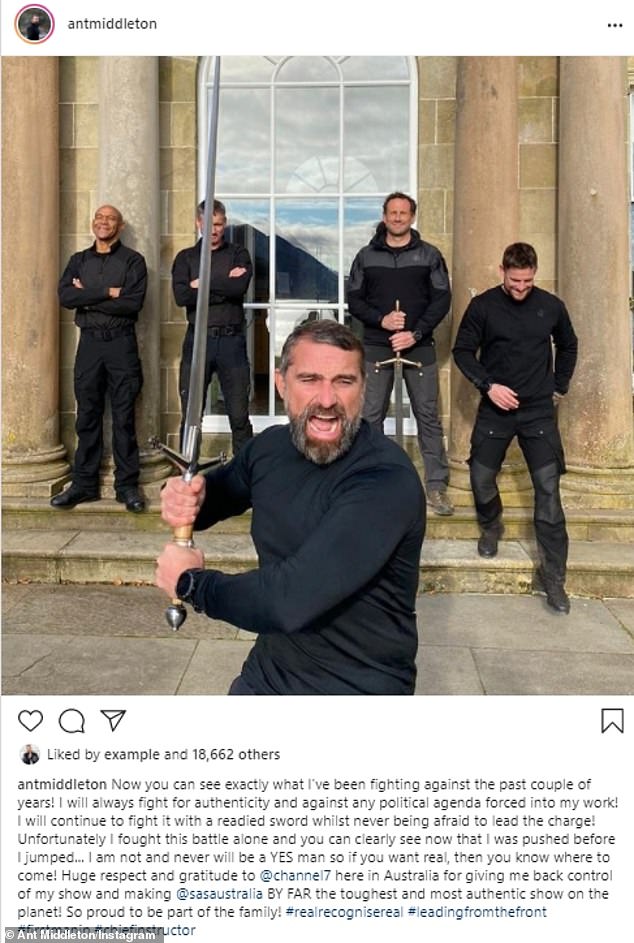 Still standing: Ant sent a defiant message to his former employers at Channel 4 on Monday, two months after being sacked from SAS: Who Dares Wins

A spokesperson for Ant told MailOnline at the time: ‘Ant has worked on TV sets around the world for many years and has never at any point been accused of speaking inappropriately by anyone.

‘He has only ever been informed of these allegations, which he wholeheartedly and emphatically rejects, via the media.

‘If anyone felt that he did say anything verbally offensive we would have expected a formal process of review but no such discussion has ever taken place either via any of the networks he works for or via bodies such as Bectu.’

It came following a report by The Sun that Ant was heard telling a contestant he wanted to have sex with her via his microphone during filming.

A source claimed his comment were meant to be in jest, but still prompted a member of the show’s production team to complain, as it was alleged he said: ‘I’m going to f**k you after this.’ 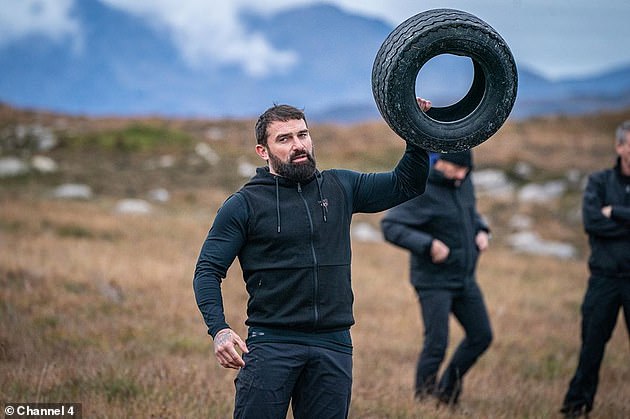 Ditched: A spokesperson for Channel 4 told MailOnline at the time of Ant’s axe: ‘It has become clear that our views and values are not aligned and we will not be working with him again’

A representative for Channel 4 told the publication that measures are in place so any complaints from staff can be handled confidentially.

Ant also denied claims of further behaviour after it was reported four women had accused him of making ‘lewd and suggestive comments’ on set.

The women approached the media union Bectu, who told The Mirror they are planning to meet with Channel 4 after Ant dismissed his behaviour as ‘military banter’ during an interview on Good Morning Britain.

It was also reported that Ant threatened to quit SAS: Who Dares Wins multiple times and ‘acted like a Hollywood star on the set’ before he was ultimately axed.

A source told The Sun: ‘Ant loved to be the star attraction and seemed to think the show needed him more than he needed it – and would act like that on set. He threatened to quit on several occasions. 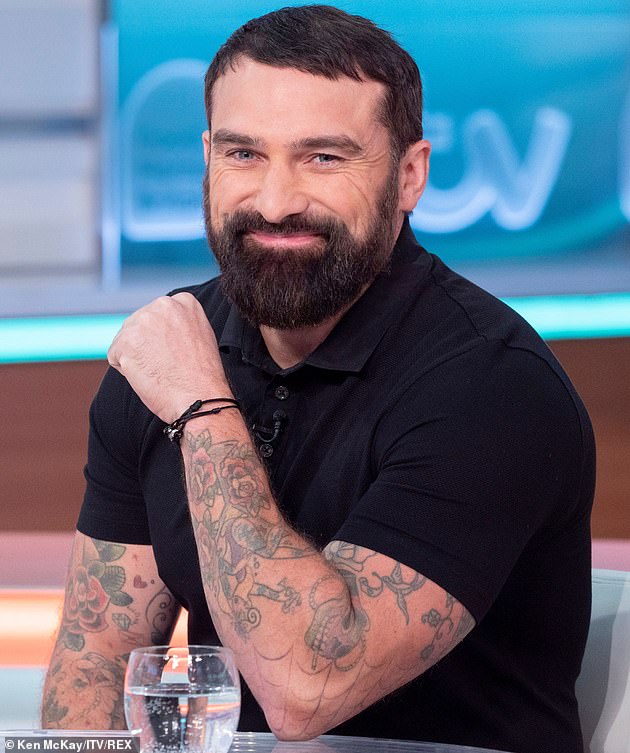 Hitting back: Ant recently ‘wholeheartedly’ denied claims he ‘joked about having sex with a female contestant’ on SAS: Who Dares Wins (pictured in 2020)

‘It felt like some sort of party act, like he was untouchable. He did the same again in between filming the civilian and celebrity versions, which are filmed back-to-back. But no one believed his quit threats. No one is bigger than the show.’

After his axing, Ant appeared to take a swipe at Channel 4 as he shared a snap of himself with Australian football star Sabrina Frederick, writing on Instagram: ‘Don’t employ a lion if you want a kitten!’

Ant claims he was dropped from the show due to ‘butting heads’ with the team after he said it had become ‘more of a reality show’.

He also claimed that Channel 4’s handling of his departure from the show was ‘reckless and desperate’.

The former soldier said he was preparing to walk away from the show because the ‘PC Patrol’ had taken over and it was no longer authentic.

Ant was also criticised last year for some of his posts about the coronavirus pandemic, saying in March he would carry on with life as usual during the outbreak.

He was reportedly forced to quit his role as the Royal Navy’s Chief Cadet after just nine months, after his controversial ‘scum’ tweet about Black Lives Matter protesters.

The TV tough guy, who took on the role in November, was said to have left his bosses furious after posting the since-deleted tweet, amid protests over racial injustice after the death of George Floyd in the US.

On June 14, Ant tweeted: ‘The extreme left against the extreme right. When did two wrongs make a right. 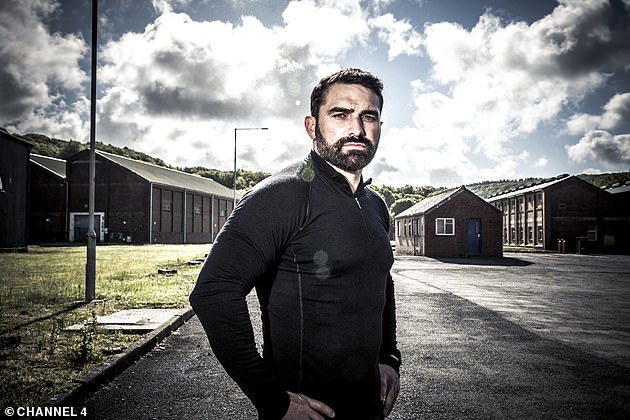 Controversy: It came following a report that Ant was heard telling a contestant he wanted to have sex with her during filming, leading a member of production to complain to bosses

‘It was only a matter of time. BLM and EDL are not welcome on our streets, absolute scum. What a great example you are to your future generation. Bravo.’

The tweet was in response to a video which claimed to be of ‘BLM/Antifa agitator hunting lone veterans and football lads in packs’.

Ant subsequently apologised, releasing a video message, saying: ”Within that tweet I mentioned the BLM and EDL and the word ‘scum’. At no point was I calling the BLM scum and comparing the two organisations. I want to make that really, really clear.

‘The word scum was used to describe the people in the video that were violent, that were causing terror on the streets of London and setting a bad example for our future generations.’