ALEX SCOTT is among the celebrities dusting off their Christmas jumpers to help raise millions of pounds for charity.

The Arsenal star turned TV presenter posed in a Rudolph top, with tinsel around her neck, to highlight Save the Children’s annual Christmas Jumper Day on Friday. 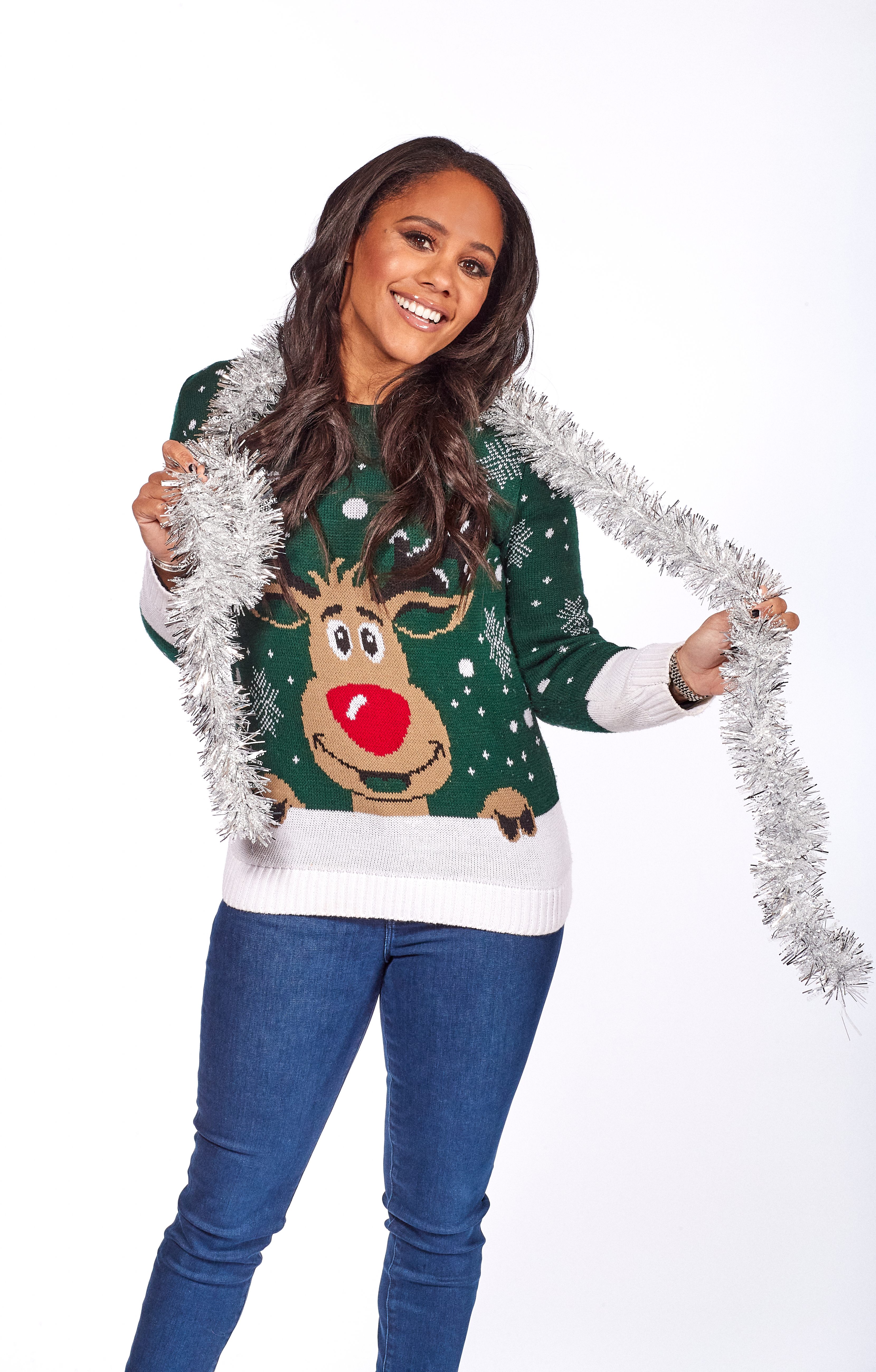 The event raises money for the world’s most vulnerable children in the UK and around the world – with more than £25MILLION raised since it was launched in 2012.

It’s expected more than four million people will be joining in this year.

Scott said: “I’ll be missing all the glittery fun of Strictly this year so will be adding extra sparkle to my Christmas jumper instead – and taking part in all the festive fun on Friday 11 will be a good substitute.”

Other stars involved in the campaign include Holly Willoughby, who posed in a jumper with a giant Christmas pudding on the front, while Jaime Winstone had a striking Christmas tree on her top.

And while Boris Johnson isn’t officially taking part, earlier this week, Madame Tussauds gave their waxwork of the PM a Christmas jumper to highlight the campaign.

Traditionally, offices across the country will be filled with staff wearing their most eccentric festive jumpers.

But this Friday, it is video calls which are expected to be dominated by jumpers festooned with jingle bells, twinkling lights and sparkles galore. 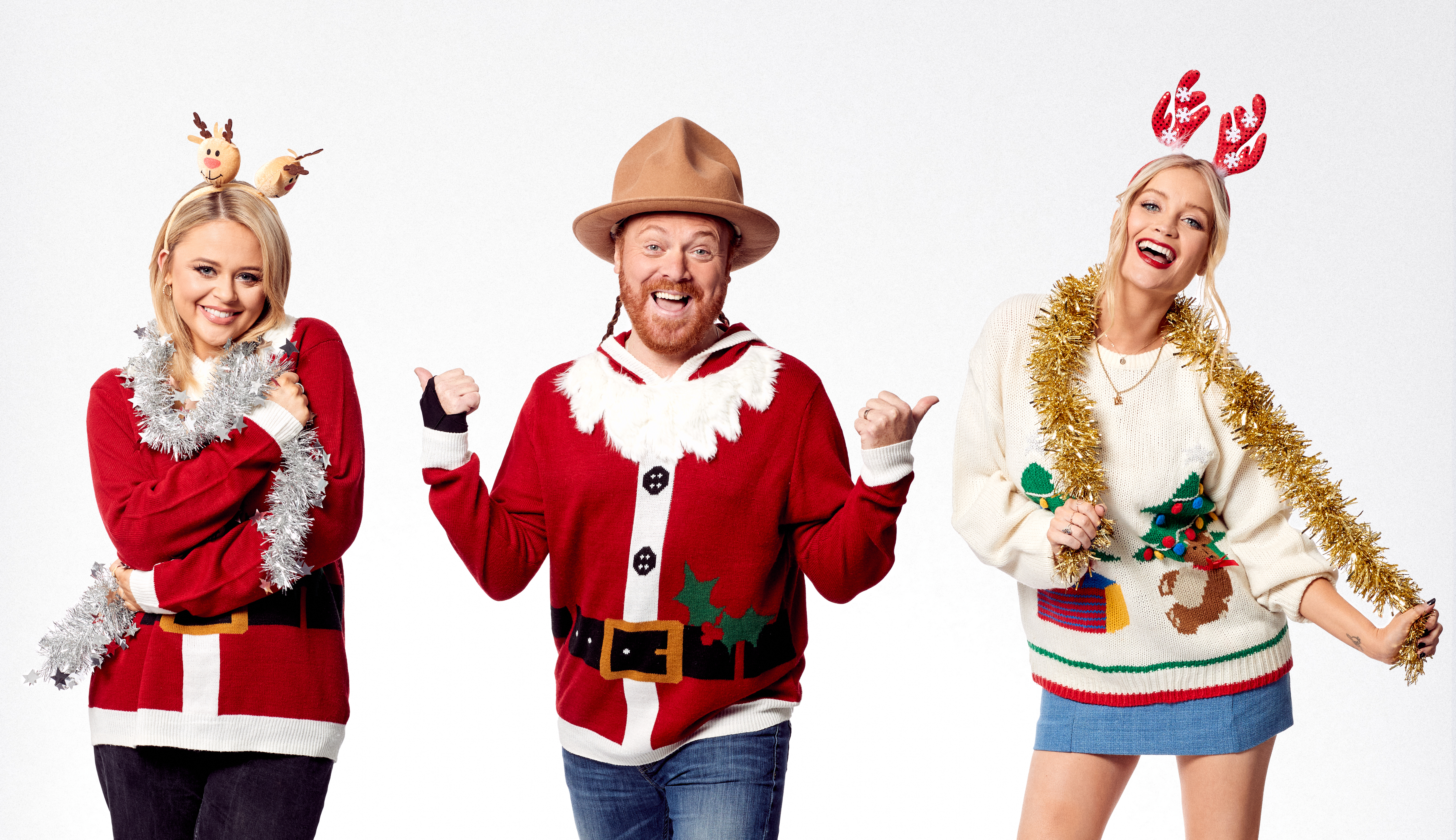 Children will also be ditching their school uniforms in favour of their daftest winter woollies and dogs will be rocking last year’s tinsel as part of the ninth Christmas Jumper Day.

But Save the Children is aiming to create the most sustainable Christmas Jumper Day yet, by encouraging people to wear an old jumper, make their own or buy from a charity shop rather than purchasing a brand-new knit.

The charity has also joined forces with some of the UK's best-known brands to boost awareness of the fundraiser.

Jacob's has refashioned its bestselling Christmas Caddies with a festive makeover, while Peppa Pig is hosting a festive competition challenging fans to design Peppa’s Christmas jumper.

The Entertainer is selling an exclusive, limited edition toy set of the Peppa Pig family – each wearing their own Christmas jumper, while Ladybird has created Peppa’s Christmas Jumper Day which will be available from all good book stockists.

And Westfield has also launched the UK’s first ever Christmas rental store. Curated by celebrity presenter and Christmas lover Laura Whitmore, the store stocks everything you need for the festive season.

As a result of Covid, more children are living in poverty, which is why donations to Save the Children are more crucial than ever.

Elodie Soetaert, head of Christmas Jumper Day at Save the Children, said: “We’re really grateful to our celebrity supporters and their talented kids for getting in the spirit and taking some lovely pictures of their famous parents having fun in their Christmas jumpers.

“While lots of people will be at home this year, we’re encouraging everyone to fundraise in whatever way works best for them.

"As a result of Covid-19, more children are living in poverty, going hungry and are unable to learn, which is why donations to Save the Children today are more crucial than ever before.

“By donating £2 to take part, you really will be making the world better with a sweater.”

You can still sign up to take part here.